Stick Fight Is A Perfect Game To Play With Non-Gamers 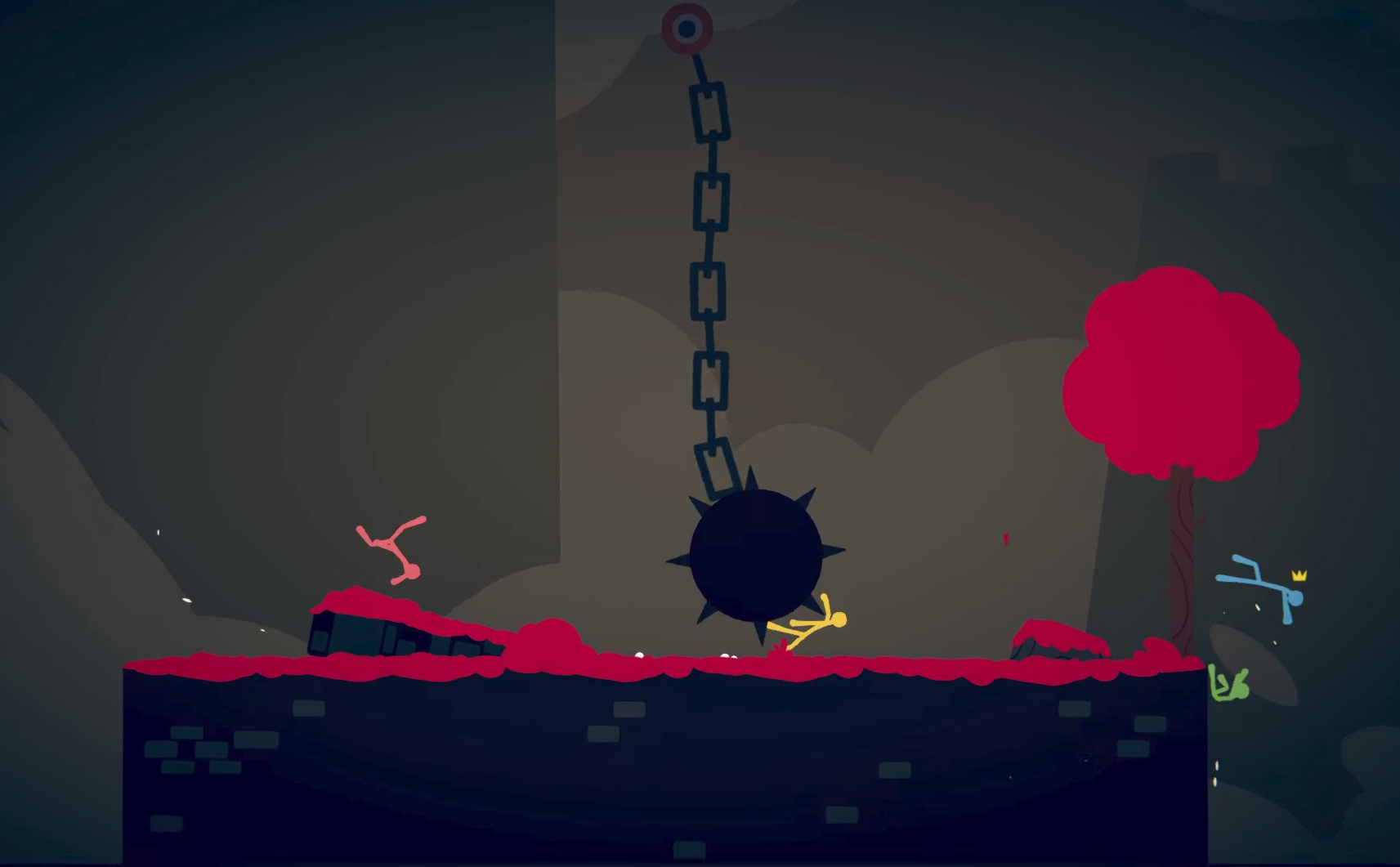 Most of the time, I want to be gaming. If you're here, probably, you can relate. In the grand scheme of personality traits, that one isn't so bad; just not 100 per cent satiable in every circumstance. Sometimes I find myself in an unfortunate situation involving me, chilling, and several other people who don't play games, also chilling, all in the same room. Like, I wouldn't even pitch Mario Kart  to these guys.

I recently discovered a game for these lamentable moments.

Stick Fight: The Game is a goofy couch multiplayer PC game about stick people battling it out in absurd platforms. It is a game about dying every few seconds under increasingly ridiculous circumstances: Toppling pillars made of boxes, conveyor belts with lasers, cannons full of snakes.

The level changes after each round. It requires basically no gaming skill because it isn't a fair game. It has stupid physics. Random stuff happens constantly. Everybody I've introduced it to has loved it.

In theory, the last stick man standing wins each round, but there aren't really points or anything. What makes winning rewarding isn't a stat, but a big message that appears on screen after each round: "WOW!", "GG", "REKT."

Sometimes, words appear reading, "People should gang up on Blue / They have killed the rest of you 27 times." It's competitive in short spurts, and after seconds, the tension melts away and a new round begins on a new level.

The rhythm of low stakes fights with high stakes moments is why Stick Fight walks that perfect line between unintimidating and engaging enough to intrigue non-gamers. It has just enough randomness to mess up regular game-players and bolster newbies' chances to win, too.

Now, when your friends say things such as, "Let's go dancing! You always want to play Super Smash Bros.," you have a response ready: "I heard about this game Stick Fight on this great website Kotaku and, man, does now seem like a great time to check it out!"