Spider-Man goes through changes, just like every other comic book superhero — people come and go from his life, his circumstances change, hell, sometimes the spirit of his dying archnemesis takes over his body for a bit like it’s no big deal. But Peter’s latest shift in the status quo might be a welcome one for many.

This week saw a new era of Amazing Spider-Man begin under the auspices of Nick Spencer, Ryan Ottley, Cliff Rathburn, Laura Martin and Joe Caramagna — with a brand new #1. In it, there’s a lot of changes in circumstance for Peter Parker, but they’re tied together by basically one of the only consistent things in Pete’s life: The fact that nothing can go right for him.

In fact, most of Amazing Spider-Man #1 is about just how far he’s fallen since his days as a billionaire CEO of his own science company.

With Parker Industries gone, he’s back to sharing an apartment with annoying roommates.

A scandal at his old alma mater over the degree he received while Otto Octavius had possessed his body leads to his academic work being marked as plagiarism, causing a scandal that leads to him losing his current job as The Daily Bugle’s science editor (and perhaps worse of all, disappointment from Aunt May).

Oh, and on top of that, the Kingpin’s role as Mayor of New York has seen him lead a campaign to sow division between Peter and his fellow heroes. 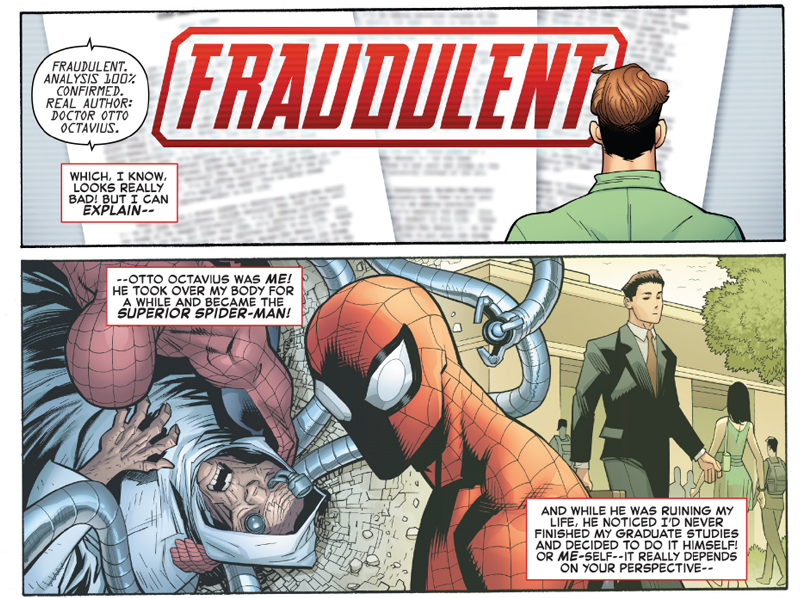 It’s been a long time since I had to come up with excuses for not doing homework, but I’d take “My archnemesis supervillain transferred his dying mind into my own body and was a jerk for a bit”. (Image: Ryan Ottley, Cliff Rathburn, Laura Martin and Joe Caramagna, Marvel Comics)

Except for maybe one person, that is: Mary Jane Watson.

MJ at first provides a friendly ear, ribbing Peter for just how comically unfortunate his life can be sometimes. But when Mysterio manages to make half the superheroes in New York believe the city’s under attack from insectoid aliens, a brush with death leads to Peter going back to MJ – and this time it isn’t as a friend, but as a former boyfriend.

And he might be about to drop the “former” from that sentence: 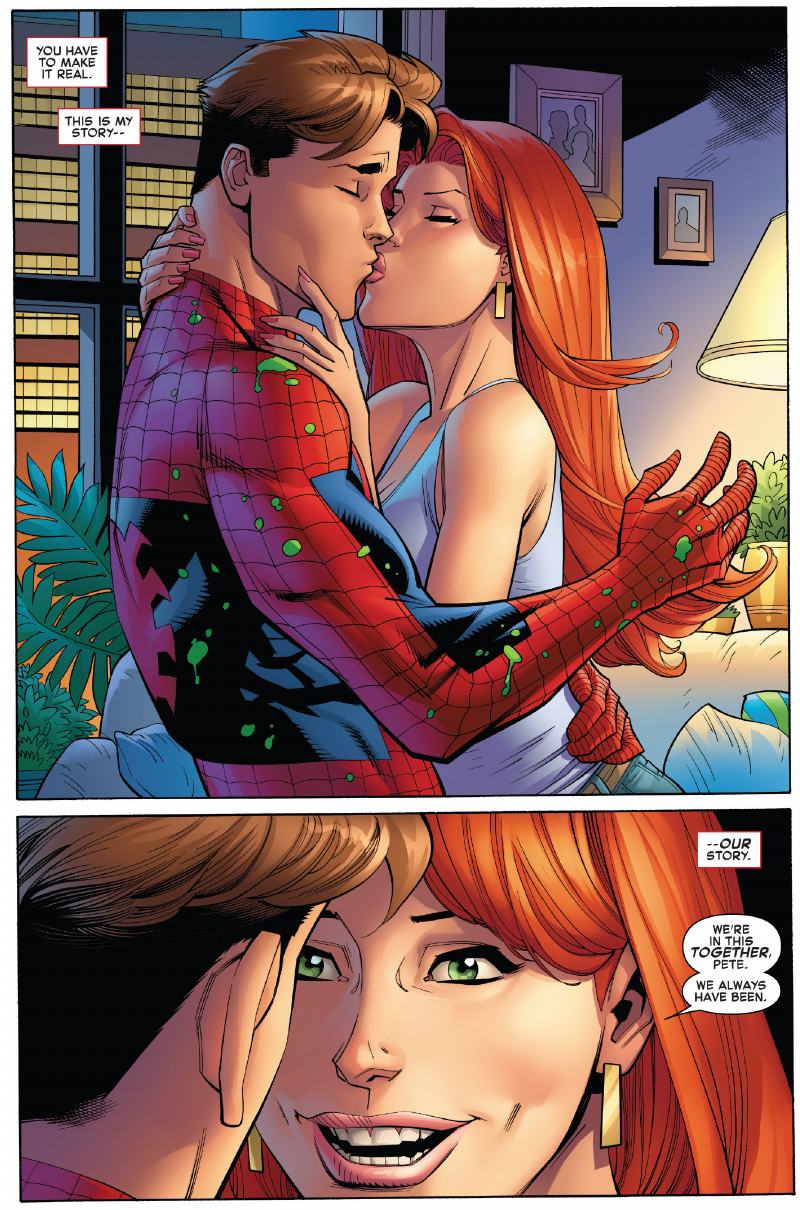 Yes, for the first time since the controversial “One More Day” storyline in 2007 dissolved Peter Parker and Mary Jane Watson’s marriage, and eventually separated them all together, it seems as though one of the most iconic couples in comics is back on. And they said it wouldn’t happen!

We need to put some emphasis on the seems, however. This is a comic book cliffhanger of course, and that just means that we don’t have the full story yet.

And it doesn’t mean that the underlying problems that eventually lead to them drifting apart (that weren’t related to the literal devil erasing stuff), such as Peter’s wild superheroic life, are still going to be there.

MJ might tell Peter that they’re in it together, but this time, the path they go on may not quite be the happy and familiar one fans have longed to see restored.