I’ve never written smutty fan fiction, but you can bet your butt that if I did, it would be about Phoenix Wright.

But I wouldn’t write this hypothetical fanfic about the recognisable, spiky-haired, boyishly handsome version of Wright who appears in most of the games in the series. Oh no. My choice would be, specifically, the gruff, stubbly, dad-bod incarnation who appears in the fourth game, when Phoenix is down on his luck, gambling in a seedy bar after losing his licence to practise law. 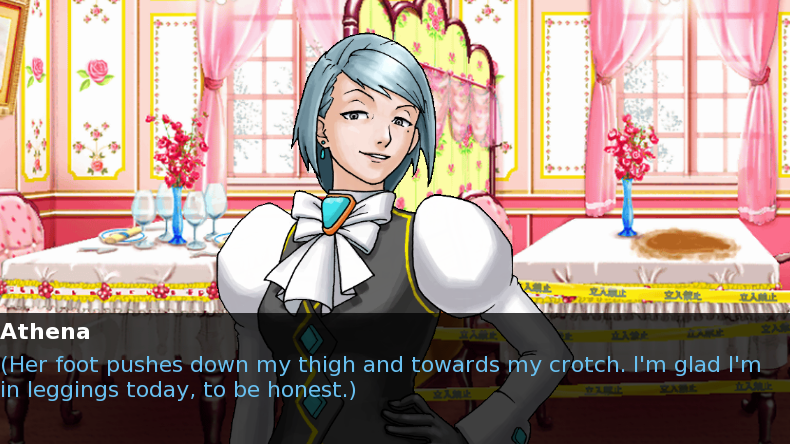 Never in a million years did I think that my predilection for a very specific look of a very specific character in a very specific game would actually make its way into a full-fledged sex game, but here we are, and here I am, playing Ace Attorney: The Dark Age Of Love, a sexy Ace Attorney visual novel somehow flying cheekily under Capcom’s watchful copyright-infringement eye. 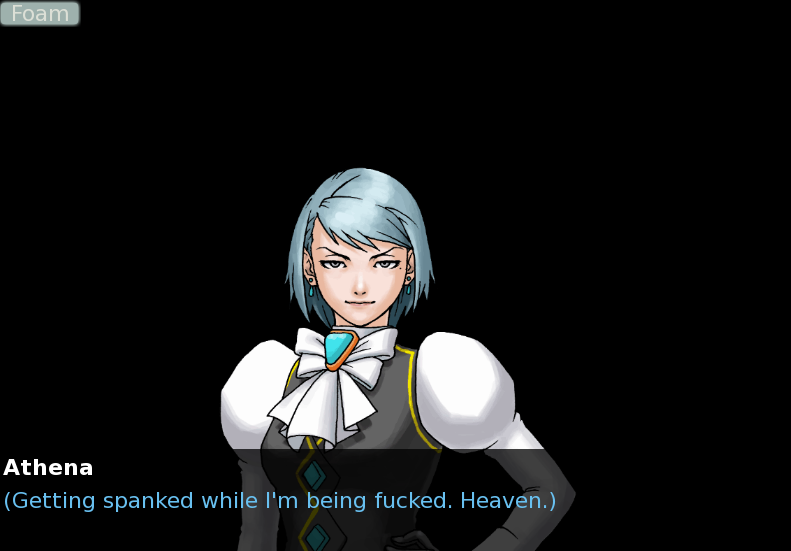 “Foam” is the safe word.

I can never look that friend in the eye again, now that I’ve played The Dark Age of Love.

Featuring a host of fan favourite characters from the so-called “real” games in the series — Franziska von Karma, Klavier Gavin, Athena Cykes, Apollo Justice and even Wendy Oldbag, in a new role as murder victim — it’s clear that The Dark Age of Love was made to please.

One thing is different, however: Despite being written in a very accurate imitation of Ace Attorney dialogue, I have never before seen the words “Warning: Kinks” in one of these games until now. (I guess I shouldn’t be all that surprised, since Franziska uses a whip like most people use punctuation.) 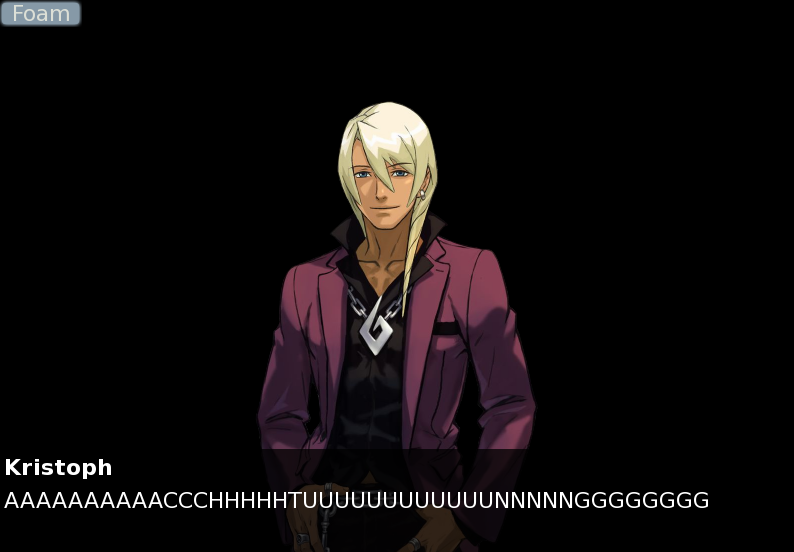 Kristoph Gavin would 100 per cent yell out “ACHTUNG” as he climaxed.

The Dark Age Of Love plays much like the official Ace Attorney games. You go from static scene to static scene while having conversations with the characters about crimes and evidence. The added twist is that the player-character, Athena Cykes, has to extract information using her feminine wiles (read: Vagina).

There’s honestly very little actual murder investigation going on, and the Ace Attorney setting of the game is really just an excuse to fuck Capcom’s most eligible bachelor. It’s a short game too, having been designed for a game jam, so there’s no challenge, either.

It’s quite entertaining seeing Athena, the playable character in this game, go from business-like murder investigation to suddenly questioning poor Phoenix about the last time he, uh, pounded his gavel.

I was disappointed to see that his dad-chic outfit was apparently deemed unsuitable for sex scenes, but that disappointment at seeing Phoenix in a suit was soon replaced with childish glee as Athena started calling him “Daddy” and whipping out Phoenix Junior for a session of good hard justice. 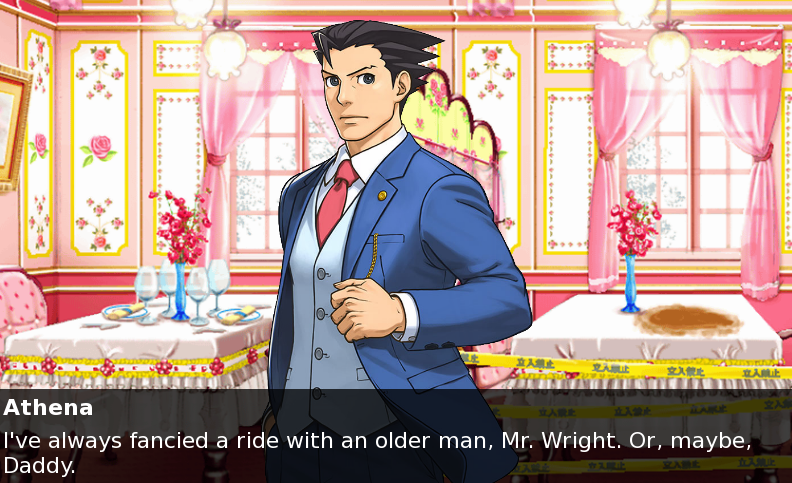 Preludes to sex in this story are deemed unnecessary, given that it’s apparently clear that every single character is just gagging for it. Even in the middle of an investigation. Even with the murder scene right behind us.

Sorry, Ms Oldbag, we’ll get around to solving your murder eventually. I think you, more than anybody, would appreciate that you can’t just leave a good dickin’ on the table.

And so, Athena Cykes walks, sans panties, from Criminal Affairs to murder scene, grabbing crotches and strapping on dildoes as if the decisive evidence to put someone behind bars might be hidden up the chief prosecutor’s butthole. Our Athena ends up boning four people in her pursuit for answers, presumably leaving a trail of leftover lady goo in her wake, like a sexy snail.