Several eras ago — before algorithms came to dictate our every breath and Nazis re-infiltrated popular discourse via extremely uncreative and shitty memes — Twitter was alright. Now it’s a suckhole that eats negativity and barfs conflict. The developers of indie classic Sword & Sworcery don’t want anything to do with it any more.

Earlier this week, developer Capy announced that its cult classic side-scrolling adventure will be coming to Switch in October. The original iOS version allowed users to instantly tweet any of the game’s dialogue prompts, but the Switch version won’t include that feature.

All of Sworcery’s dialogue is 140 characters or less for easy tweeting, but now that Twitter upped the character limit to 280 so that conspiracy theorists could cram even more wackadoo nonsense into messages that eventually filter up to the President of the United States, things aren’t super great. Thus, the feature removal.

“Twitter support has been cut from the Sworcery Switch Edition,” said creative director Kris Piotrowski, somewhat ironically, on Twitter. “The reason for this is simple: When we first launched Sworcery many moons ago, Twitter was fun & nice & cool. Now, in the year 2018, Twitter is a vat of toxic waste and we want nothing to do with it.”

When reached for comment, Capy did not directly answer my questions about what responsible and ethical Twitter usage in the year 2018 looks like, but it did send this image: 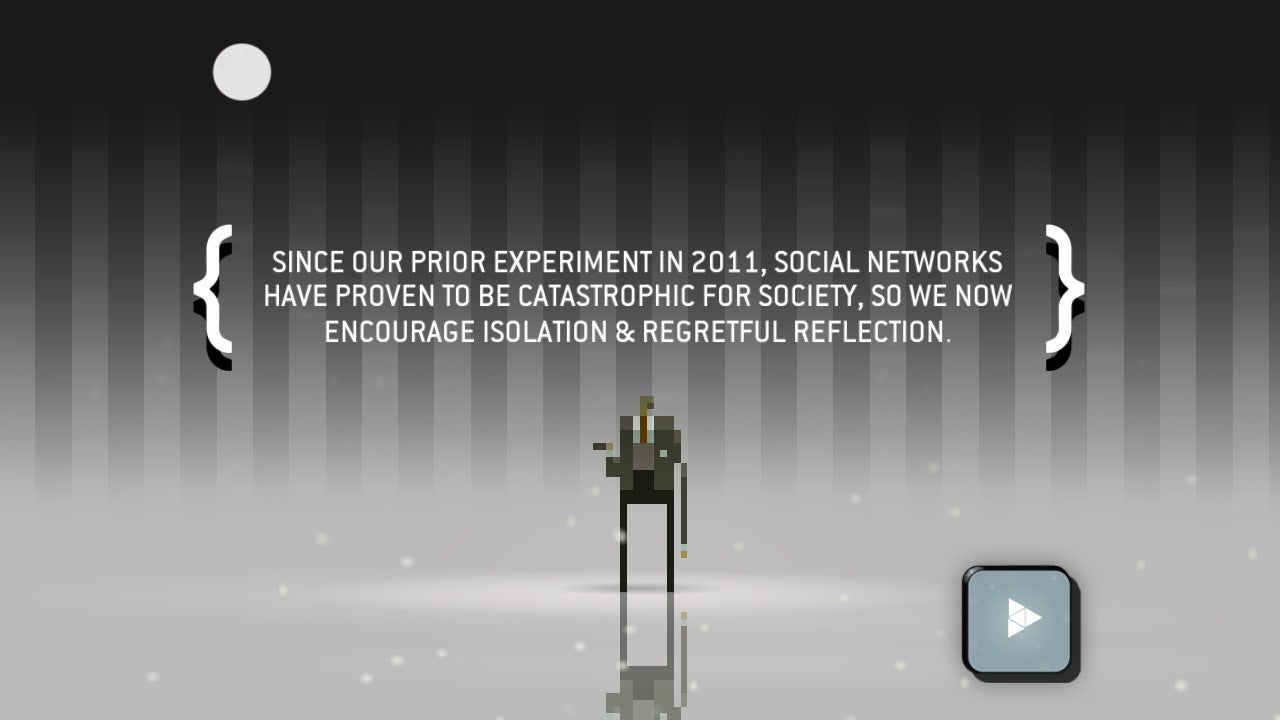 “Since our prior experiment in 2011, social networks have proven to be catastrophic for society, so we now encourage isolation & regretful reflection,” it reads.

Truly, a message we can all get behind.