marvelmarvel comicsmiles moralessaladin ahmedspider-man
To sign up for our daily newsletter covering the latest news, features and reviews, head HERE. For a running feed of all our stories, follow us on Twitter HERE. Or you can bookmark the Kotaku Australia homepage to visit whenever you need a news fix.

While all of the heroes who’ve used the “Spider-Man” code name have saved the multiverse more times then they can count, each of them began as friendly, street-level, neighbourhood heroes.

This summer, Miles Morales is going back to Brooklyn in an all-new series from writer Saladin Ahmed and artist Javier Garrón that’ll explore what it means to be both a web-slinging superhero and a teenager who’s just trying to be a teen.

In an interview with Marvel, Ahmed and Garrón explained their plans to hone in on the elements of Miles’ character that have always made him the ideal successor to the Spider-Man title — things such as being a kid who has to balance his personal life with his incredible responsibilities. Said Ahmed:

I love adult Peter dealing with adult troubles — just wrote an Amazing Spider-Man Annual about that! But Spider-Man is, in his essential origins, a teenage hero. And Miles will be that Spider-Man: facing threats against the neighbourhood rather than the multiverse. Super Villains, yes, but also other threats that speak to our times.

He’ll be doing that while also trying to while dealing with bullies, assistant principals, and canceled teen dates. It’s going to be hard! Part of what we love about Spider-Man is all the crap he goes through. And Miles will be dealing with some dark realities of our modern world. But I also want this book to have a bright thread running through it, because what we really love about Spider-Man is that he keeps us smiling no matter how grim things seem. 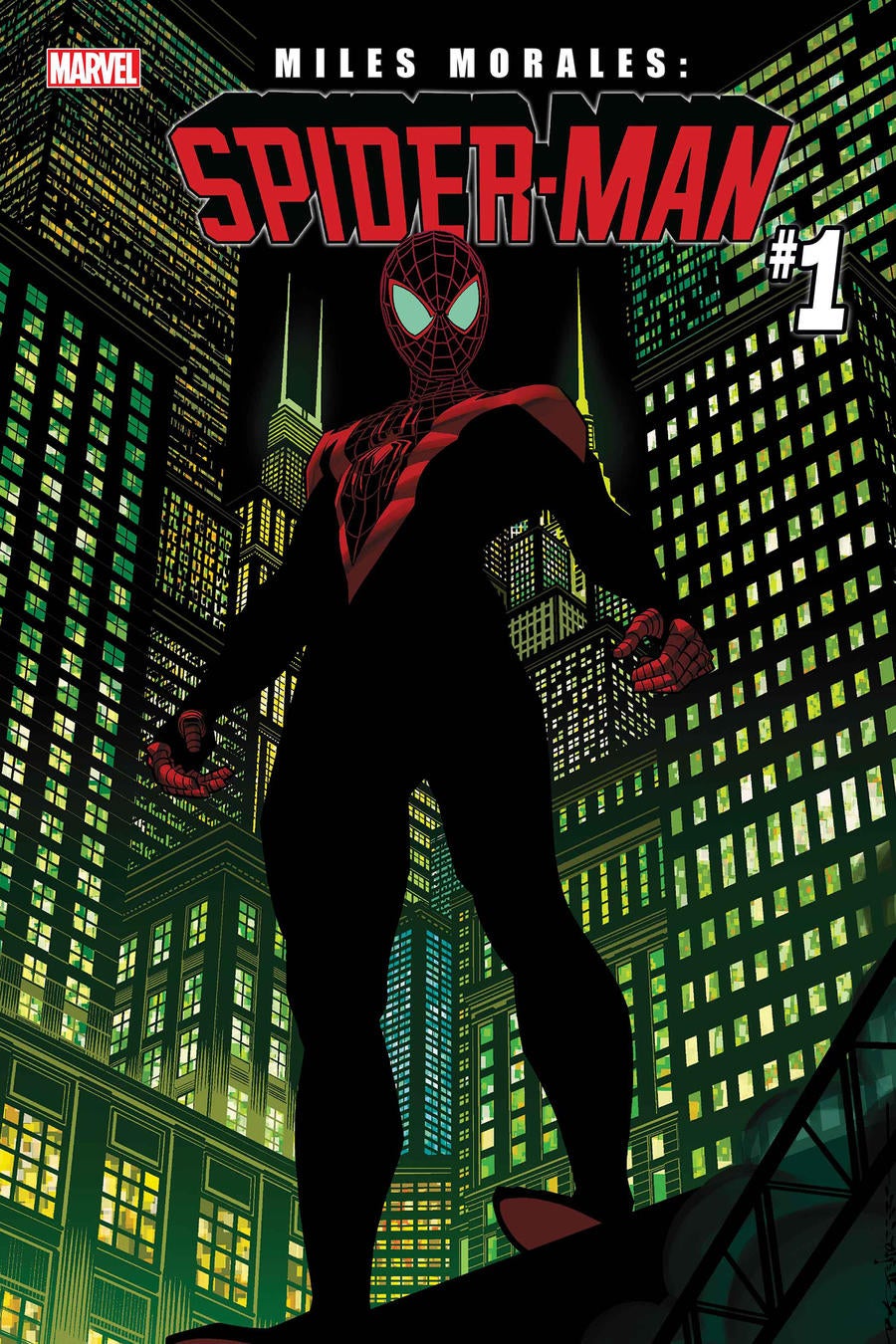 This new series will find Miles dealing with the kinds of problems that all teens do — juggling school work, a social life, and his family’s expectations of him — while also going toe-to-toe with a number of villains from the Spider-Man rogues’ gallery, such as the Rhino and a new Iron Spider, his uncle Aaron.

As larger-than-life as the series will get at certain points, Garrón also stressed that he’s making a point of emphasising the grounded, realistic aspects of Miles’ identity — such as his self-assured coolness — to keep him relatable all throughout.

Ahmed writing Miles is particularly notable because he’s one of the few writers of colour who’s had the chance to pen the character. Speaking to IGN, Ahmed explained how his own personal background, though different than Miles’, is an important part of the perspective he’ll bring to the series:

I think our background always informs how we tell stories, it’s just a question of how conscious of that we are. And there are always both bridges and gulfs between ourselves as writers and the characters we’re writing. I’m not Black or Puerto Rican, I’m not a teenager, I didn’t go to a nice school like Miles does.

But there are lots of points where we do connect powerfully, even points where his experiences connect with my kids’ experiences, and I absolutely draw on those connections.