ioskotaku corelevel 5professor laytonprofessor layton and the curious villagepuzzle
To sign up for our daily newsletter covering the latest news, features and reviews, head HERE. For a running feed of all our stories, follow us on Twitter HERE. Or you can bookmark the Kotaku Australia homepage to visit whenever you need a news fix.

The first game in the Professor Layton series, 2007’s Curious Village, is now out in a beautiful HD version for smart devices. It’s a nice way to revisit this excellent puzzle game, but trying to play something designed to use with the Nintendo DS precision stylus on a phone with a finger can be annoying.

One of the great breakout hits of the Nintendo DS era, Level-5’s clever combination of brain teasers and intriguing stories introduced us to Hershel Layton, he of the overly-lengthy top hat, and his young assistant Luke. The two travelled all over England and, eventually, the rest of the world solving supernatural mysteries.

After six DS and 3DS-exclusive entries, the series returned last year with Layton’s Mystery Journey for both mobile and 3DS. And now, the one that started it all is out for iOS and Android in the US, with a nice HD upgrade to the graphics. An Australian release date has not yet been announced. 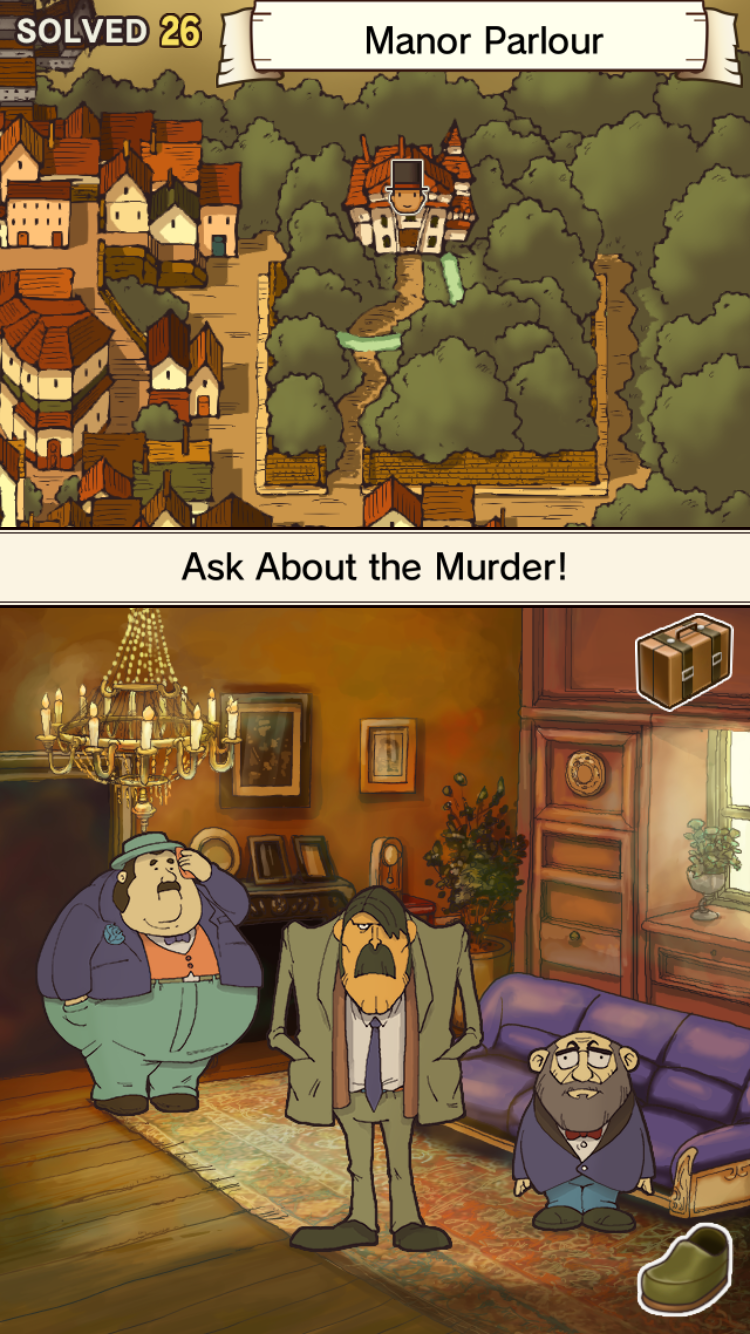 I’m a huge Layton fan, but I haven’t played the first game in a decade, so it’s been fun to go back and revisit the puzzle-solving duo’s original outing.

It’s a credit to the beautiful design of the game’s puzzles that I remember them so strongly. Every time another puzzle pops up, my first thought is, “Oh, it’s this one, this one was great!”

My second thought is remembering the answer. Oops. The experience is definitely not the same the second time around, even with over 10 years in between playthroughs.

The only puzzles that I’m spending more than a few seconds on, this time around, are the ones that relied less on thinking about a problem and having a single a-ha moment, and more on doing a bunch of busy work.

Unfortunately, playing Curious Village on an iPhone 6 makes that more difficult than doing it on a Nintendo DS. I think I’d even take the 2004 launch DS, versus using my finger on a phone screen.

The mobile version doesn’t change the puzzles or the layout from the DS game; your screen is split horizontally into two halves to mirror the DS layout. The many animated cutscenes can be played in landscape mode, taking up the entire screen, if you want. The walking-around scenes, full of their tiny little details that must be clicked on to find secrets and puzzles, are exactly as they were on the DS. 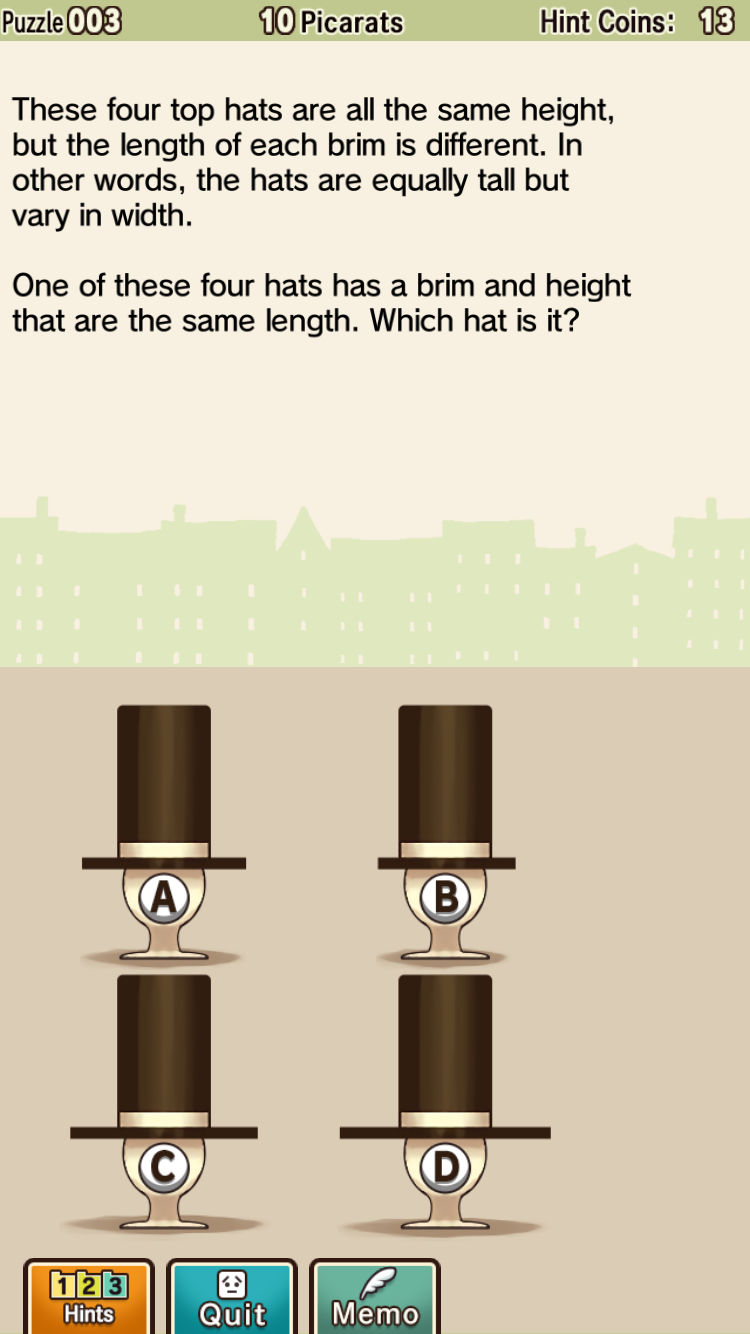 But clicking precisely on these things with a large human finger is quite different than using the smaller, more accurate DS stylus. To find hint coins and other items, you have to tap on small features of the world — the tiny top of a chimney, a barrel under a window — and it’s much easier to do this with a stylus than with a finger. It’s also less tiring.

So, will the prospect of playing more Layton on my phone — this one, and the other five entries, should Level-5 continue with the series — get me to buy a capacitive stylus? Perhaps.

Another option might be to play it on a tablet. I loaded up Curious Village on an iPad and found that it was much easier to identify potential points of interest, then click precisely on them with a finger, when the playfield was blown up to massive size.

This experience was much more fun than playing on the phone, in part because of the novelty of it — like playing on a Nintendo DSi XXXXXXXL.

If you’re a Layton fan looking to play this inaugural episode again, the mobile version is excellent, provided you don’t mind jabbing with your finger. You could also get a stylus, or play it on a device with a screen larger than a standard phone’s.

If you’ve never played it before, this might be an excellent time to jump in, because unlike me, you don’t already know all the puzzle answers.