A Sexy Cyberpunk Dating Sim About (And By) Trans Folk (NSFW)

I have played too many games that treat trans, non-binary, and gender non-conforming characters as sexual objects. These games portray the lives and identities of marginalized, real-world people as little more than titillation for the (assumed cisgender) player.

Hard Coded is not that game. It is a story about dating trans people, written by trans people. It is not exploitative, but instead a reclaiming of sex-positive content about marginalised people. 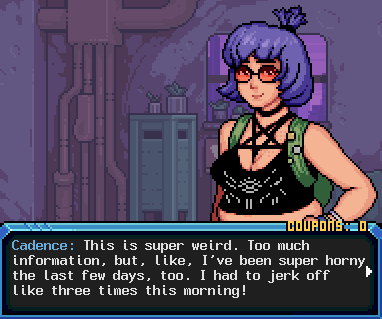 Hard Coded is a dating sim for PC that is currently in development. You can play it in its early form by subscribing to its Patreon, which is run by development studio Fortunae Virgo, made up of lead developer Kenzie Stargrifter, writer S R Holwell, and animation helper Trix Royale. Hard Coded is firmly rooted in the cyberpunk genre that’s becoming more and more attractive to video game companies these days.

But unlike other video games, it doesn’t adhere to a boring, very unfuturistic gender binary. Let’s be honest, the future is going to be about body enhancements and modifications, so why would we still be rigid and strict about gender, which is already a biologically fluid and intensely personal state? 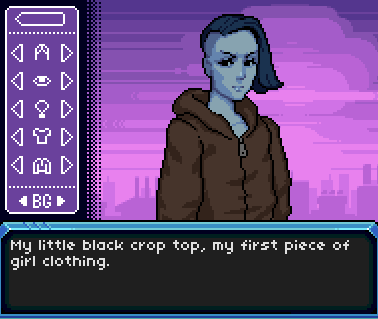 Many games that feature marginalised gender identities are not making a statement about their existence; they are merely dumping them all into the category of “fetish” without any thought or care to how those real-world people might feel about being someone’s kink instead of their own person.

It’s incredibly dehumanising to see your reality portrayed as someone else’s fantasy, as if you only exist to satisfy them – and it also completely cuts out trans people from enjoying, or escaping into, the game.

You play the titular character, a droid nicknamed “Hard Coded” because her factory-given name is masculine and she doesn’t like it, but her programming forbids her from choosing a new one. She goes by the nickname “HC” throughout the game.

Even though she is a droid – a human-made machine who has little to no agency because they are programmed to be and behave a certain way – our character is given choice in the small freedoms she can find. 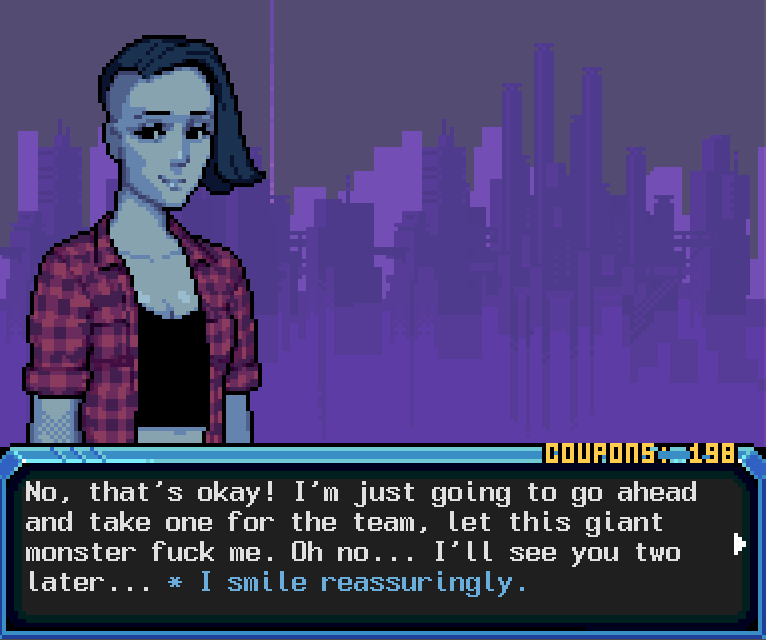 As the developer’s Patreon reads: “This game is very explicit! There are many dicks in this game! Most of them are attached to girls!!!”

This, for me, is true cyberpunk: embracing the “punk” suffix that originally meant anti-establishment, non-conforming movements that promoted individual freedoms.

The characters all live in tiny, dirty apartments, banding together in friendship (and more!) in the face of the faceless GelCorp, the standard-issue “evil corporation that owns everyone” that used to be a fantasy and now exists as, you know, [gestures at the whole of the USA]. 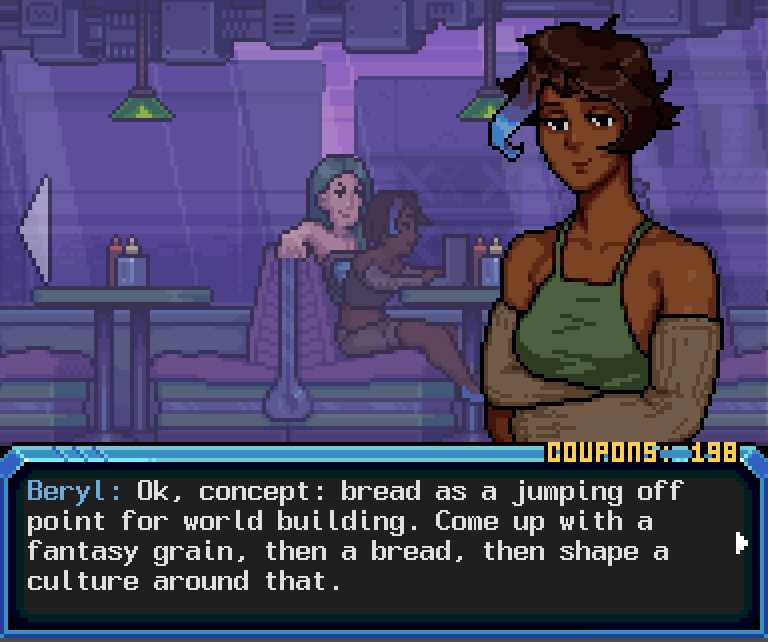 These characters exist in this oppressive world, finding solace and freedom in solidarity. You are one of them, free to love and be loved by the others. I pursued Beryl, but more characters, counting seven in total so far, are available to court.

Beryl, like most others in the story, uses female pronouns, and is not cisgender, so there’s a lot of reference to her (and my) erections and bulge, which is never presented as fetishy or unusual—a refreshing and inclusive approach to gender in games. Normalising different gender presentations is great! 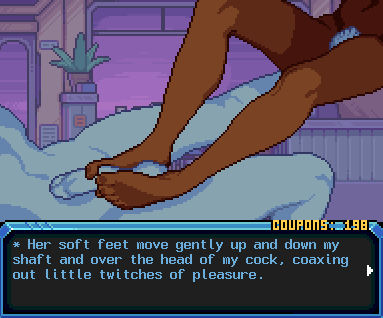 After that, I was informed that we were doing all this in a cafe and felt a little embarrassed at the idea of toe-fucking in a futuristic Starbucks. Ah well. It’s cyberpunk. Fuck the man, especially if that “man” is a billion-dollar coffee company that makes bad coffee. 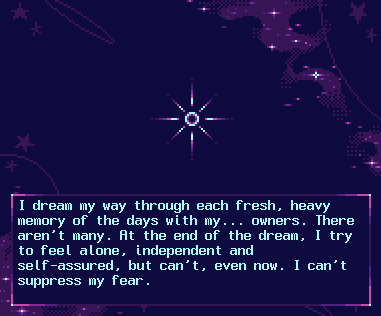 That night, I dreamed that “my cock [was] a giant ever-growing trunk of splintered wood” with a tip that looked like a blown-up hot dog. Beryl cried. Many of HC’s dream sequences involve confusion and dysphoria, and I’m interested to see how the game continues to show these feelings to the player, especially cis players like me who have experienced much less gender dysphoria than trans players.

There are so many complex feelings to have about one’s genitalia and assigned gender, which both come with a pre-determined way that you will be expected to live your life and be seen by others. Why wouldn’t you want to reject something you never got any say in, in order to find out who you truly are? 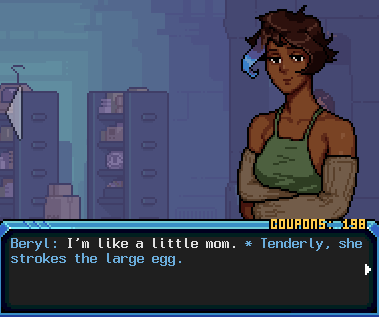 The peace and intimacy between HC and Beryl doesn’t last long. This is a cyberpunk future where our existence as marginalised people – a non-cis human in love with a trans droid – is a challenge to the authority of the state. Armed guards broke into the library where Beryl spent her days. I carried her home, put her to bed, stroked her hair.