Readers can gauge their threat levels and get on with things, or not. In mainstream coverage of gaming culture, the possibility of disaster is less immediate, but the problem of scale, lately, has become impossible to ignore.

This week, NPR published an article titled “Right-Wing Hate Groups Are Recruiting Video Gamers.” It’s the latest, most exaggerated version of a gaming-flavoured narrative woven by elite media orgs in an apparent attempt to explain the rise of right-wing extremism.

This article claims that games “have become one avenue for recruitment by right-wing extremist groups”; to support this, the reporter opens her story with a tale of a 15-year-old Counter-Strike: Global Offensive player whose father, John—no last name given—was one day startled to see neo-Nazi propaganda his son had printed out.

“There wasn’t anything obvious to me at first because it’s common,” said John about gaming. “This is the norm for kids. Instead of hanging out at the drive-in they’re all online.” (John’s son had, he said, been communicating with Nazi terrorist organisations, which were apparently attempting to recruit the 15-year-old.)

The end of the story – prepare for a guttural cringe – is this: “It took time, but lately, John says, his son, now 16, seems to have left these ideas behind. He’s playing fewer networked shooter games, and on his own, he has started attending church.” 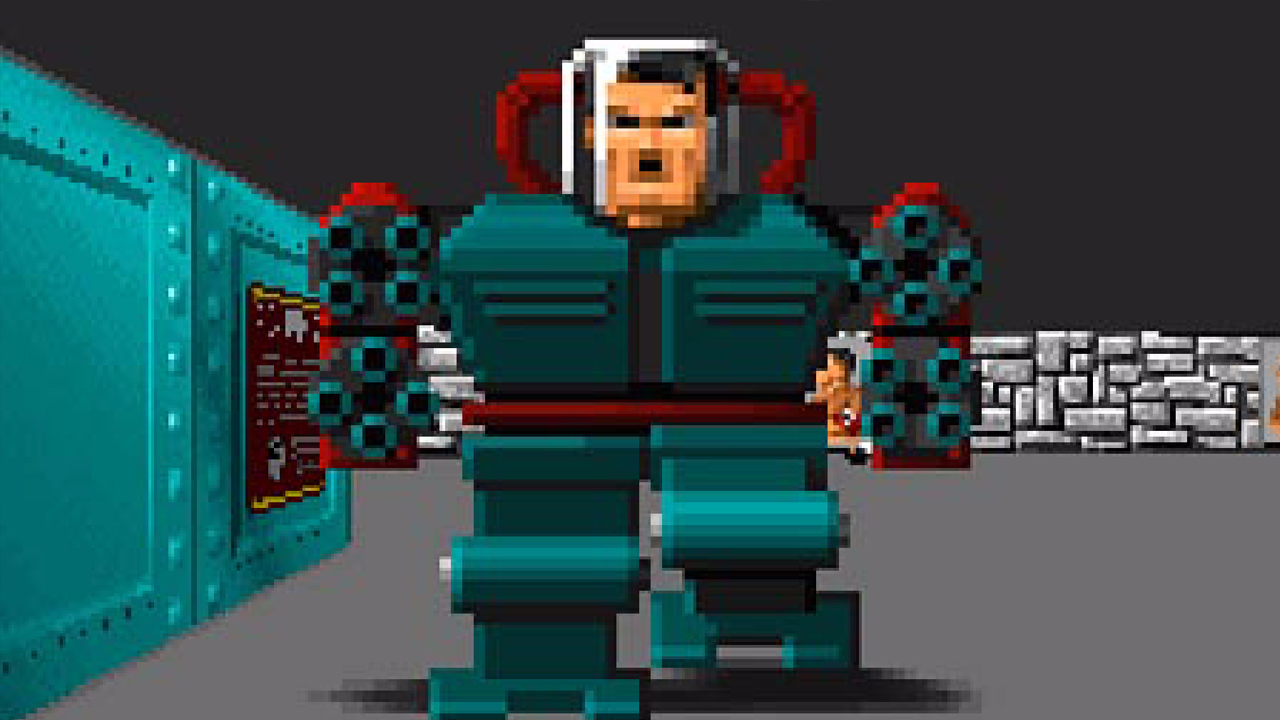 The powder-keg idea that Machiavellian deviants are dropping into online shooters to spew extremist propaganda and convert measurable numbers of gamers—significant enough numbers that the public should be alarmed!—is irresponsible to report on without some solid shit to go off of. This reporter, like many before her, did not have solid shit to go off of.

Over the last two years, political articles in publications like Salon, the New Yorker, The New York Times and the Washington Post have been including small nods toward the idea that the radical right owes some noteworthy part of its prominence to gamers.

It’s not an outlandish idea, to be clear, that there’s a pipeline between the gaming and extremist right communities. Any time spent on Twitter, Reddit, or 4chan makes it abundantly obvious where the online alt-right draws some of its heroes and shitposting tactics from.

Right-wing agitator Milo Yiannopoulos rose to prominence during GamerGate and subsequently transitioned into being an alt-right agitator; alt-right personality Mike Cernovich described GamerGate as “the most important battle of the culture war this century; hell, lawful-evil political figure Steve Bannon, who cultivated Yiannopoulos, raised money for a company that employed World of Warcraft gold-miners before moving to Breitbart, the hub of the alt-right.

Taken even further, these celebrities’ viewpoints are the booming winds behind the sails of far-right extremism.

If you know anything about 2018, it’s that a lot of people are very vocal about abhorring political correctness, and that some people are Nazis. Some of them are gamers. The existence of a shared language, and a shared belief system, does not mean that right-wing extremists are literally recruiting gamers to their cause – or at least doing so widely.

It would be convenient if it were true; there’s just not much evidence that it is.

Yesterday’s NPR article, which attempted to make this case, was riddled with the sort of factual elisions one would expect out of propaganda journalism. On the basis of one real-life example and three interviews with apparent experts, the writer claims that gamers are getting plucked out of shooty-shooty games and dropped right into neo-Nazi forums.

The most basic problem here feels beneath mention: inflating one anonymous father and his anonymous son’s journey through the bad net into an entire movement is preposterous.

Had the reporter spoken to even two, three or four kids who had been rescued from the clutches of Fortnite extremists, it still wouldn’t have been enough. “Where,” one would ask, “is the sense of scale?”

This sort of lapse in research could be partially resolved by some rock-solid specialist sources. One of the author’s experts is a well-respected media manipulation researcher at Data and Society, an institute that studies online culture; another is a lawyer who represents game companies. Fine.

The final and most influential source source for “Right-Wing Hate Groups Are Recruiting Video Gamers,” though, is a man named Christian Picciolini, a former skinhead whose Free Radicals project works to mitigate extremism.

Picciolini, who describes himself as a “former white supremacist leader,” came onto Kotaku’s radar in July, when he hosted a Reddit AMA. In it, he claimed that right-wing extremists go into multiplayer games to recruit vulnerable demographics into their cause. Intrigued, my colleague Kashmir Hill and I reached out to Picciolini to hear more. We were curious about the right-wing movers and shakers who could fit an entire political pitch into a Fortnite match.

When we asked Picciolini for evidence of his claim and an interview, he referred us to “the many who have experienced the recruitment” and attached a few screenshots of Nazi imagery in open world games like All Points Bulletin. He also forwarded a screenshot of the game Active Shooter, a school shooting simulator, which was pulled from Steam before its release.

Another screenshot was from a YouTube video titled “Fag Jews” in which someone named AuTiSmGaMiNg played Call of Duty. It had 11 views. 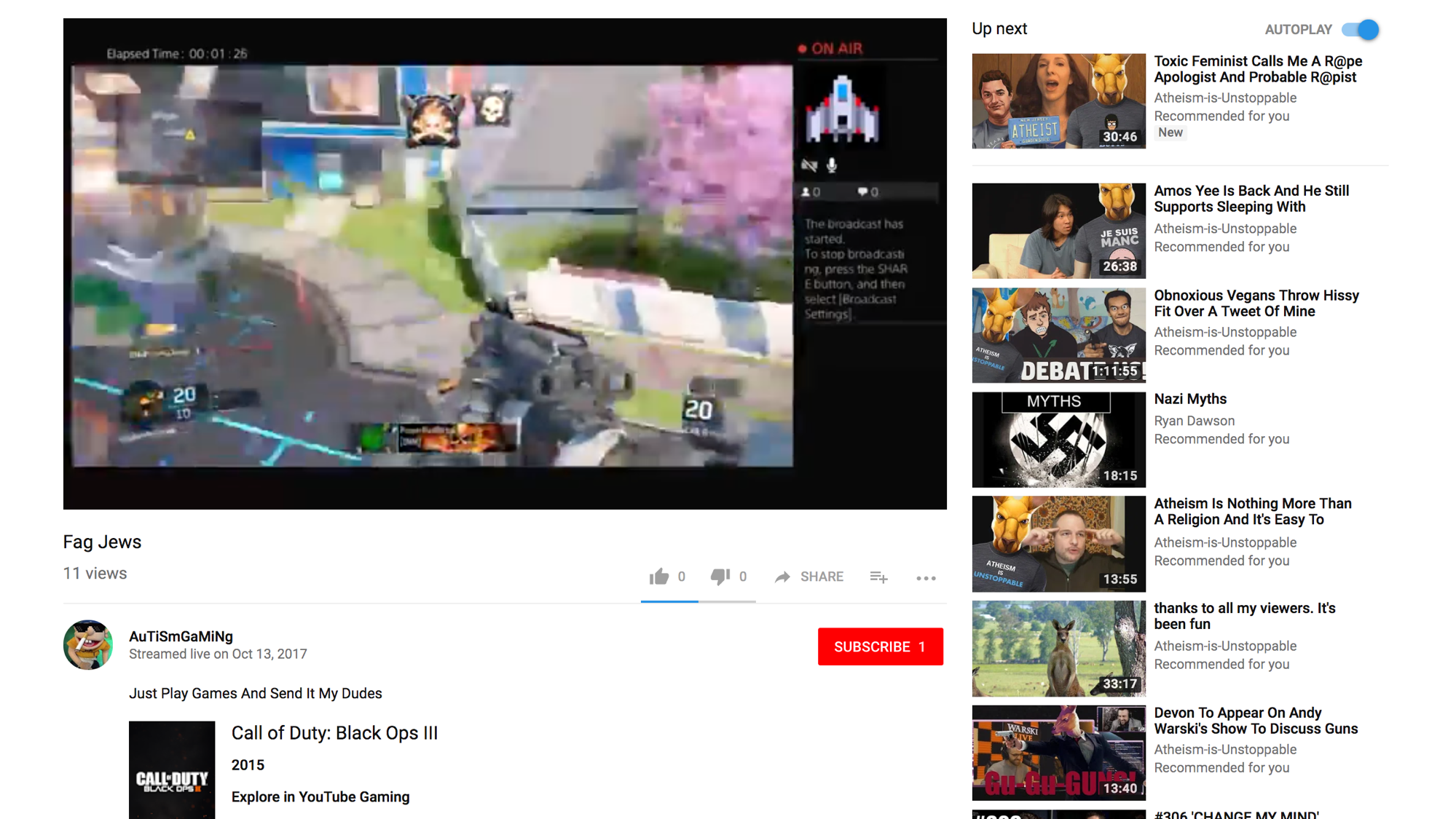 A screenshot from a YouTube video titled “Fag Jews,” sent as corroboration for the idea that white supremacists are infiltrating games for the purpose of recruitment. (Image: Christian Picciolini) 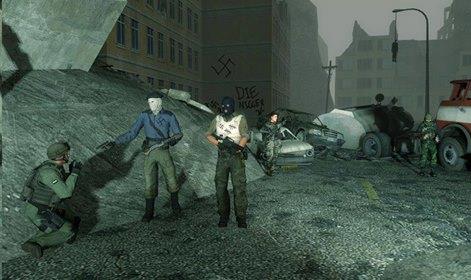 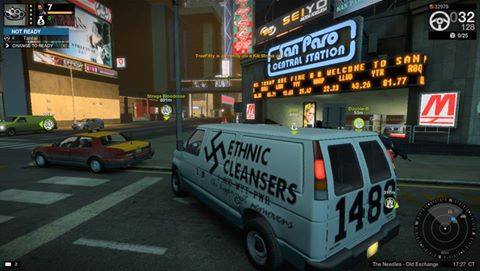 It’s hard to imagine that the blustering Picciolini has seen enough to make up for the NPR author’s otherwise sparse evidence, and if you have spent any time in an online multiplayer game, you know that some player-made digital swastika is as likely a product of some 12-year-old edgelords as it is of neo-Nazi propagandists seeking to turn the teens to their side.

This leads to basic questions: Were any victims of the alleged conversion tactics interviewed? Any recruiters? If this is happening on a large scale, why haven’t any games journalists—and especially ones who spend countless hours each week playing online games—caught a whiff of this wild thing and reported on it?

NPR’s sources, at least as laid out in their report, simply do not provide adequate support for the claim that white supremacists are actively recruiting gamers on multiplayer games on a scale broad enough for anyone to be concerned about it. And to take it a step further, mainstream media publications claiming a clear pipeline between gamers and far-right extremists are buckling into a trope in normie games coverage that simply needs to end if anyone is going to responsibly cover the increasingly established gaming community: parental fear-mongering as journalism.

It’s what turned the mainstream conversation around video game addiction into a hot-take circus of bad research and even worse interviewing tactics. It’s what’s completely distorted the scientific methods toward understanding whether violent games make kids more violent. And it’s the sort of thing that, in the ‘80s, led suburban parents to question whether their Dungeons & Dragons-playing teens were literal Satanists.

The Internet Reacts To The 60 Minutes Video Games Story

The NPR story’s author, who is a mother of two, wrote a book this year titled The Art of Screen Time: How Your Family Can Balance Digital Media and Real Life. Reached out to for comment, she did not respond. When I asked Picciolini why he feels confident stating that there is a pipeline between gamers and far-right extremists, he said this:

“I receive emails or calls weekly from parents concerned that their young sons are beginning to use language aligned with alt-right and white nationalist ideologies, narratives denying the Holocaust or defaming Jews, discussing conspiracy theories related to George Soros.

Parents tell me time and time again that they believe that they are being influenced while playing multiplayer video games by other people participating in those games. It begins by using language like “f*ggot” and “n*gger” to desensitize them, followed by memes, then young people beging [sic] to parrot the words until they are led to forums on gaming sites or 4chan and 8chan.”

Games don’t need to be defended: They are the product of multi-million-dollar corporations who often rely on shady labour practices to meet corporate sales goals. Big-budget games are going to sell great basically no matter what.

When fear-mongering moves into spaces that require rigorous investigative reporting and large-scale interviewing, it stumbles into the danger zone of modern journalism: “This wild, but unlikely thing is happening, widely. Please panic.”

Falling into such a tired trope of blaming gaming for the bad in the world is, at this point, more than a little boring. About 70% of Americans play games. That’s a lot of people; among them will be some bad ones, and some who try to recruit other people to their bad causes.