The Surface Laptop 2’s billboard new feature isn’t a feature at all. It’s a colorway: You can now get the device in a severe matte black that manages to be deeply opaque whilst still being totally striking and beautiful. But that the device’s leading point of interest is a colorway should raise some red flags that maybe there’s not all that much to be excited about. And in a way, maybe there never was.

Not a lot has changed about the Surface Laptop, and that’s not a bad thing. Since it came out last year, I have absolutely loved the device. (I already wrote this, but let’s recap!) It’s a lovely combination of design and utility that does exactly what I want and nothing I don’t.

Notice I say design first. Both the original Laptop and the Laptop 2 are really“designed” in a way that many PCs are not. When it’s closed, it appears more like a slim sheet of aluminium than a closed laptop; when it’s open, the pixel-dense 3:2 display, is a glorious portal for what you’re looking at.

In other words, the device is a beautiful easel for my workday, which mind you, I don’t have very specialised needs. I don’t play games, and I don’t edit video. Hell, I don’t even run lots of apps.

My use is limited almost exclusively to Chrome, Slack, and Spotify. I don’t have a TV, so I watch movies and sports on the lovely display at night.

The device isn’t a 2-in-1, but still has a touchscreen, which I’m still not accustomed to using regularly. It does come in handy—I used it last week to swipe quickly between sections of a long feature while reviewing it with another editor. 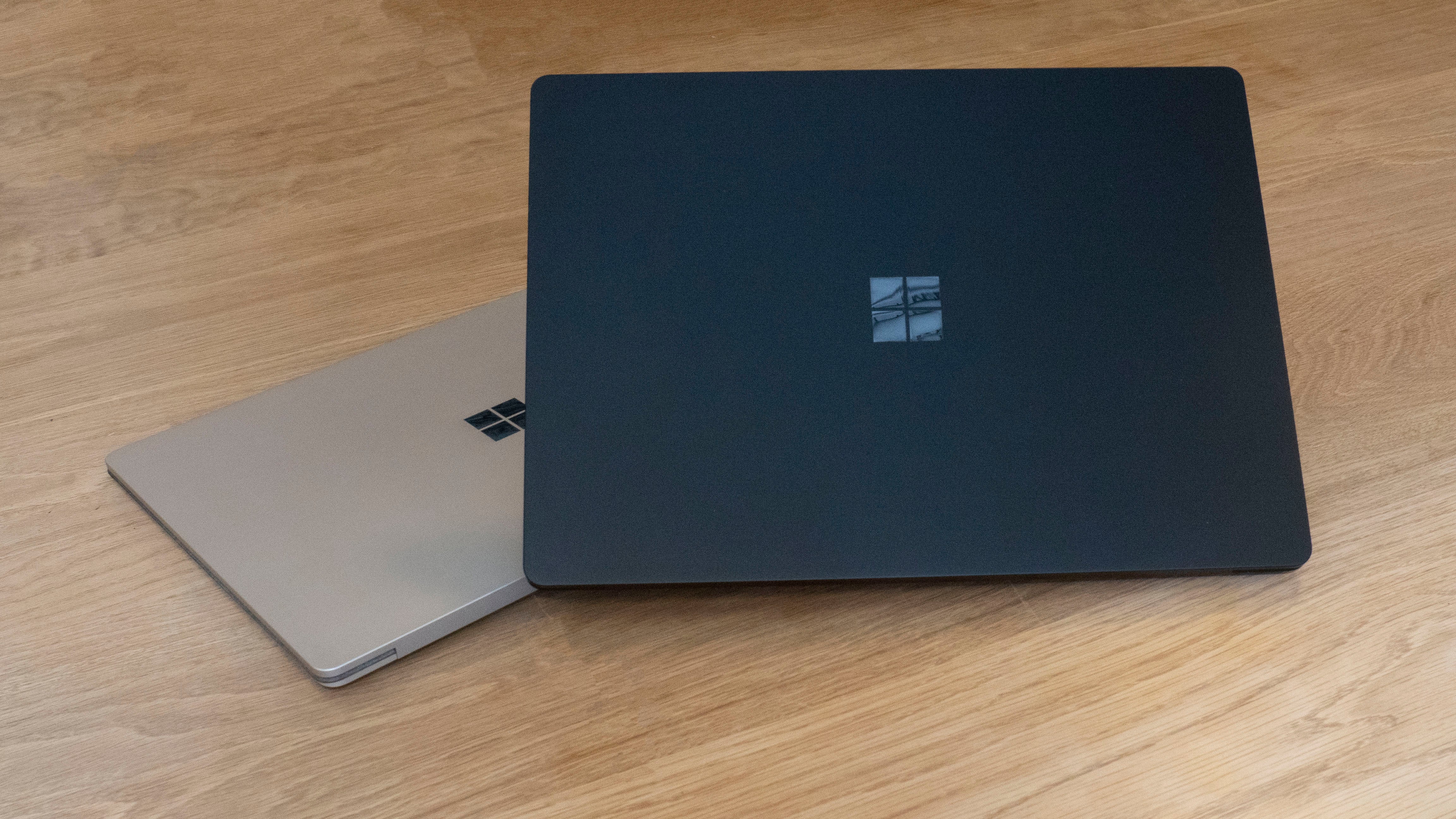 My main complaint with the Laptop is that Microsoft’s desire to make a design-first device it made a questionable material choice: The Alcantara cloth keyboard gets pretty disgusting pretty quickly. After writing my reflection on spending a year with the device, readers (and a Microsoft rep) suggested several methods for cleaning the Alcantara, and let me tell you—it does not clean easily! I spent easily an hour scrubbing the spots where my palms had made a mess of the fabric, and it really didn’t do much. 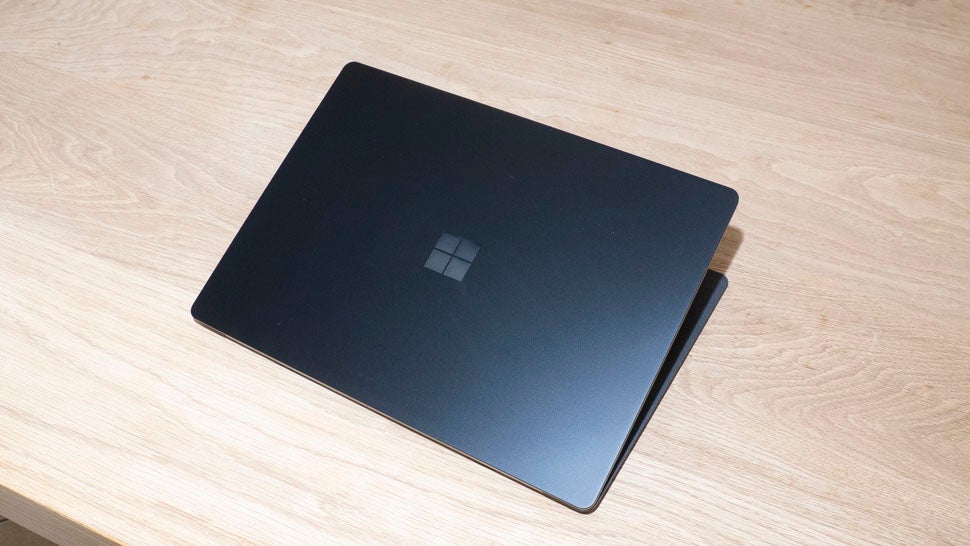 Alcantara can get gross, it's very basic despite the fancy design.

Relatedly, I admire the shiny platinum finish Microsoft has chosen as the stock colour for both the Surface Laptop and the Surface Book, but in practice, it’s quite impractical, and constantly looks dirty.

I suppose that going into a review of the new device, it’s useful to know whether the new black colourway fares any better with regards to wear. On the Alcantara – it’s impossible to know. I’ve used the device for several days, and so far it seems fine, but only months of use will reveal whether it’s possible to keep the material from losing its deep black colour.

As for the new matte black aluminium case—it’s definitely not as prone to grody residue as the platinum finish, the tradeoff being that it shows fingerprints easily. Alas, pristine gadgets never stay pristine forever.

The other improvement is a keyboard that is “quieter.”—I immediately noticed a change in the keyboard’s sound and feel when I started typing on it, but I don’t know that a regular person is going to notice a difference here. I guess I would never characterise the keyboard on a laptop as “loud”—though I’m frequently banging on mechanical keyboards at my desk, so who am I to say.

Under the hood, the device has been upgraded to an 8th-Gen Intel Core i5, and you see some corresponding performance improvements. Compared to last year’s model with a 7th generation chip, the new machine scored higher on WebXPRT, a benchmark that mimics a browser-based workload. Meanwhile, the new Surface completed a batch render of 23 RAW photos about 10 seconds faster than its predecessor. These are tiny improvements, and again, probably not incredibly noticeable. 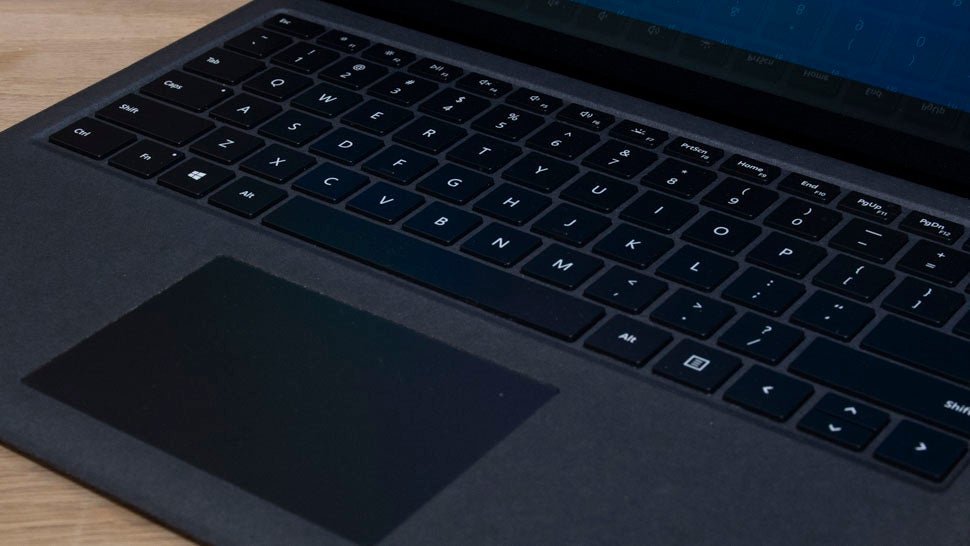 As for battery life, the Laptop 2 clocked nearly 10 hours in our rundown test—that’s impressive for a lightweight design. Anecdotally, it’s really nice to not need to worry about charging this thing. I can throw it in my bag with no charger and make it all day in most cases.

It’s worth noting that the measured performance isn’t at all impressive compared to other devices in our benchmarks database, but just the same it will perfectly suit average users without any gaming needs.

Speaking of competitor products, the Surface Laptop sits in a funny space because it’s hard to find a 1:1 equivalent for the device. Its display is higher resolution than a 1080p display but much lower resolution than a 4K display. The device’s $1274.15 starting point for an i5 with 8GB of RAM seems pretty reasonable compared to other products until you notice it only has a 128GB SSD – most competitor manufacturers don’t even ship laptops with SSDs smaller than 256GB.

The Surface Laptop’s display is impressive, but a 4K display or an i7 CPU is too! (The only Surface Laptop model with an i7 and 16GB of RAM costs $2804, which is such a ripoff it makes me want to die.) 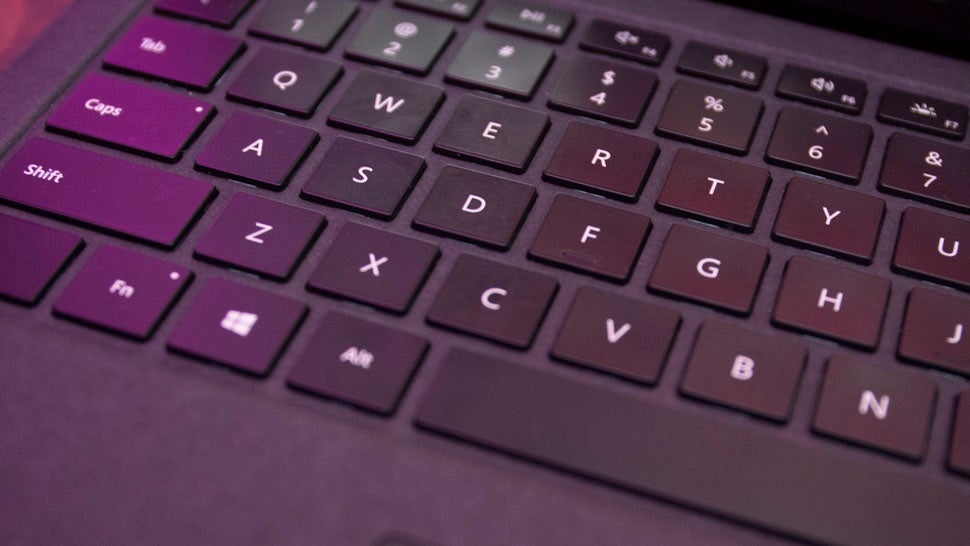 Let’s consider that base model, then. If you look past that elegant matte black and that fuzzy keyboard, the Surface Laptop is actually a pretty barebones clamshell that’s not super powerful. The question, then, is whether you should splurge on this laptop that’s more expensive than it should be just because it has a snazzy design and a nice display?

Let me begin answering that question with a reflection on what I think is going on here. The portable Surface line is revolutionary and industry leading in its design. But the two products that came before the Surface Laptop were hamstrung by their biggest ideas.

From the beginning, the Surface Pro has been a series of intelligently engineered tablets that can be used as laptops if you really want to – but I don’t think anyone would really claim that a Surface Pro is a suitable full-time replacement for a clamshell. Not anyone with real work to do anyway.

Meanwhile the Surface Book, for its glorious keyboard, and clever detachable hinge mechanism, really isn’t all that portable. It’s sort of a chore to lug around everywhere. A lot of people want an affordable clamshell that’s lightweight and sleek – this is in part what made the MacBook Air the computer of choice for a lot of people. Though the design is a little dated these days, when it was it was released, it was really fucking slick.

The Surface Laptop fills a similar need with pizzazz. It’s a boring old clamshell that makes you feel like it’s a lot more. 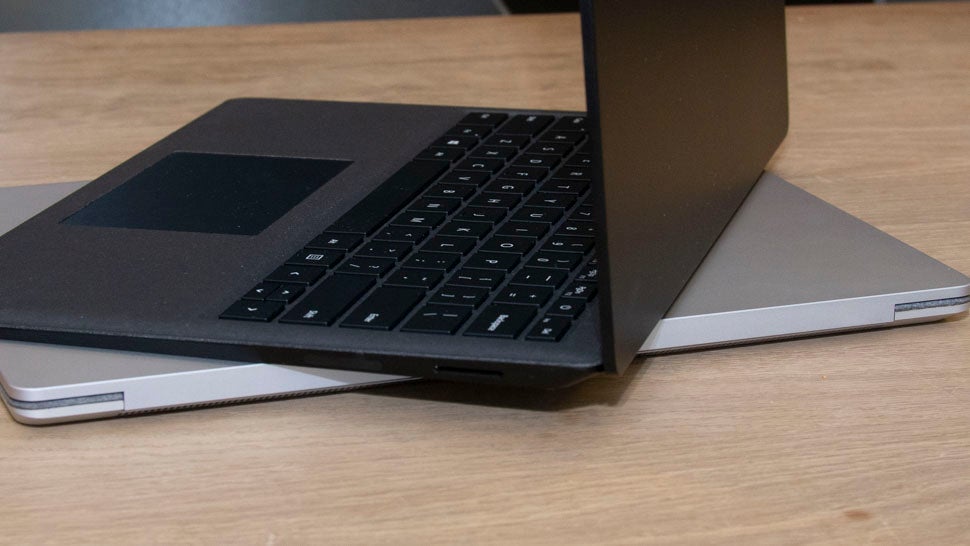 Put another way, this is perhaps the most overdesigned device that really doesn’t contribute all that much in the form of unique design features. It’s just a fancy laptop in the simplest possible way!

There’s nothing else to say besides that it’s really truly beautiful and satisfying to use, even with its Alcantara that turns brown if you’re not delicate with it. That’s hard to reconcile with the realities of its price-to-specs ratio. But this device wasn’t ever for anyone shopping for specs.