Smash Bros. players are often as particular about the controllers they use as they are which characters they pick to go into battle.

With the release of Super Smash Bros. Ultimate for the Switch, there are more ways to control the game than ever. What’s your Smash Ultimate controller setup? Fine, we’ll share ours first.

I am not good at Smash Bros., Super or Ultimate, but one day I aim to be. When my character of choice, currently Kirby, is up in the air, there’s a 68 per cent chance I will not accidentally fall to my death off the side of any given stage.

I am getting better, but not to the point where I am ready to spend a great deal of money restoring an old GameCube controller. No, I am just fine with my $49.95 Hori Battle Pads. 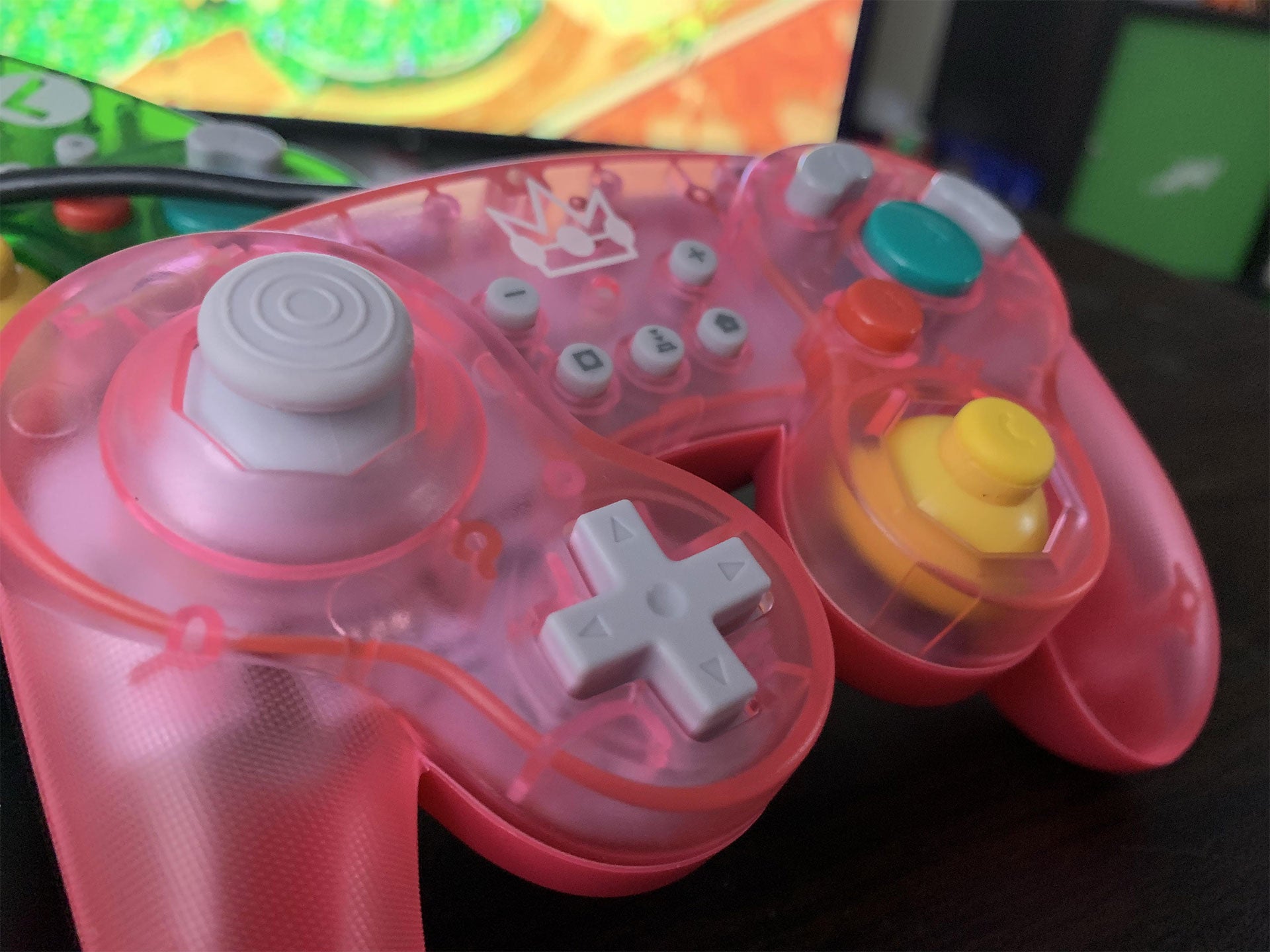 There are five different flavours to choose from—Mario, Luigi, Link, Pikachu and Princess Peach—and each features some cool translucent plastic.

I am a sucker for translucent plastic. And should it be pink translucent plastic? Get out. Get the hell out. They are nowhere near as sturdy as the original GameCube controllers, but they’ve withstood my mighty, angry grip while dealing with high winds in the stupid adventure mode, so that’s something.

I happen to have at least four of the Hori pads, plus the $US40 ($55) Multiport USB Playstand. The stand gives the Switch a sturdy place to sit, four USB ports and a charging port. I have a party in my backpack, and everybody is invited. 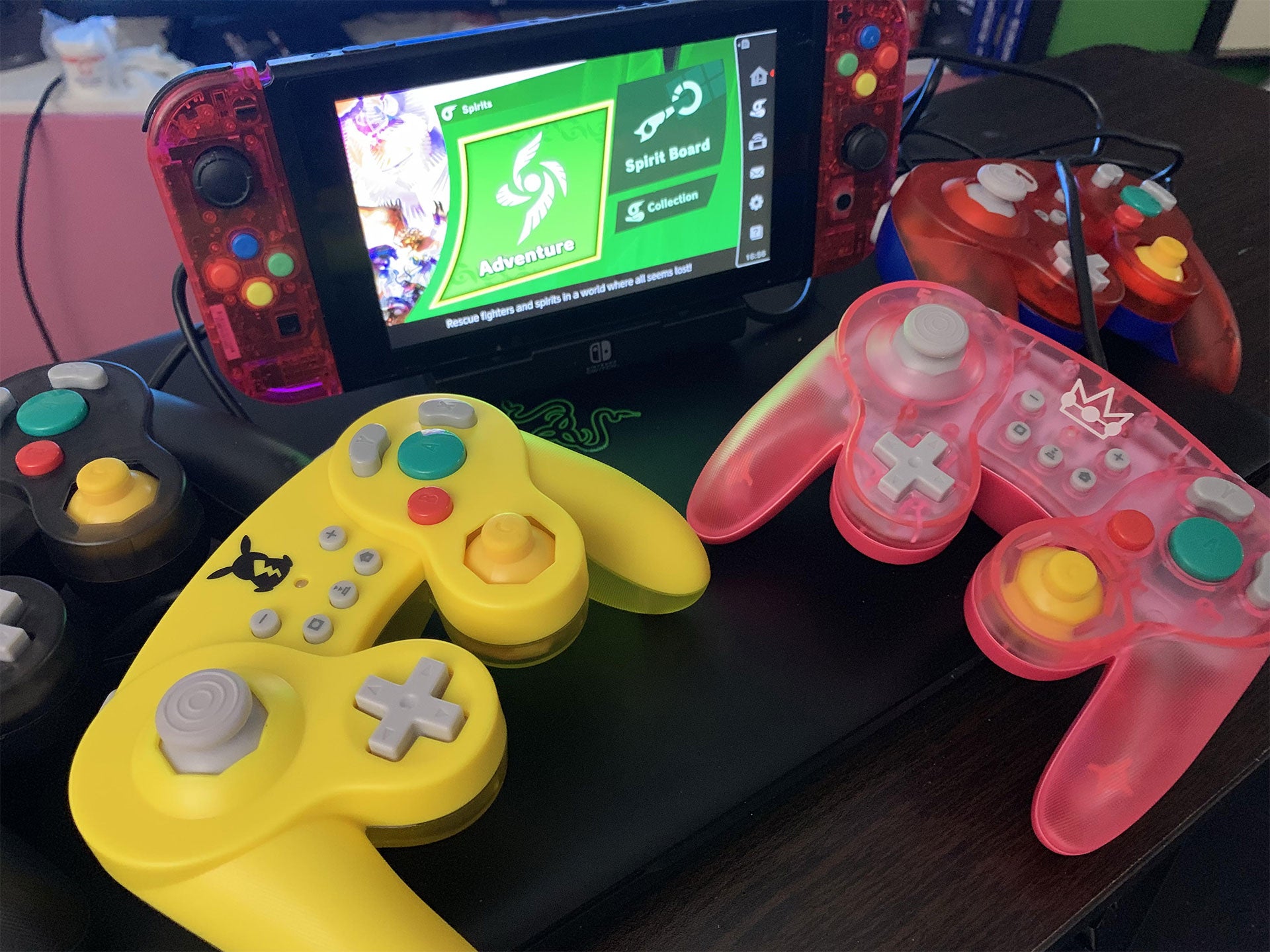 If forced to, I am fine playing the game with the Joy-Cons in handheld mode, but I find myself missing the different button shapes and sizes. I am a lost soul.

I’ve been Smashing myself silly mostly using my old GameCube controller. It’s technically my younger brother’s back from the Christmas when he got a GameCube and my older brother and I got a PS2 (which was the coolest thing ever by the way—one Christmas, two new consoles?!), but at some point he loaned/gave it to me (probably because it was the launch controller and thus the most worse for wear after nearly two decades) and so now it’s mine. 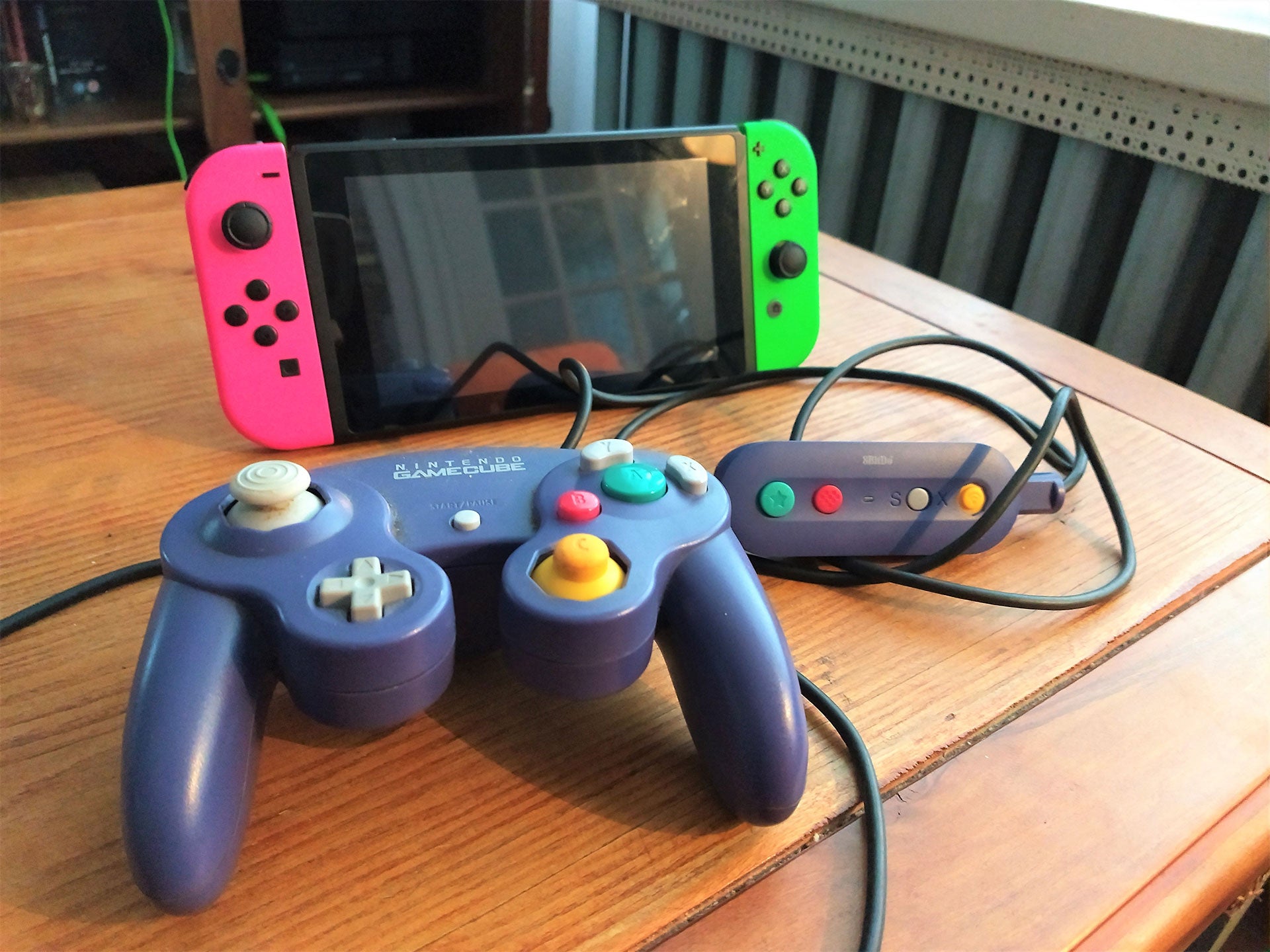 8bitdo, the the company that makes modern versions of retro controllers, sent me their wireless GameCube controller adaptor that appears to have been created specifically with the release of Smash Bros. Ultimate in mind. It’s been a huge life saver.

There’s no major lag as far as I can tell, and it lets me use one of the best controllers ever made to enjoy one of the best Smash games ever made. Plus I tried playing with just the Joy-Con a few times in handheld mode and holy hell that is truly a disturbed form of mental torture.

The default controls are weirdly mapped, and the perfect diamond the face buttons are positioned in messes with me every time. I’m pretty much 100 per cent sure that’s why I’ve never won an online match in handheld mode. Never again.

Almost as soon as Smash Ultimate came out, I got on a bus from Boston to New York City, so I heard the opening strains of its sprightly theme song through my headphones while sitting in a bus seat and playing it on my Switch in handheld mode.

I struggled with the glare of the sunlight through the bus window and longed for a couch, a TV screen, and a controller. Although the Switch’s handheld mode has been my personal Smash setup all week, I’m looking forward to getting home Wednesday night and alternating between my Switch Pro controller and my trusty old Gamecube controller. 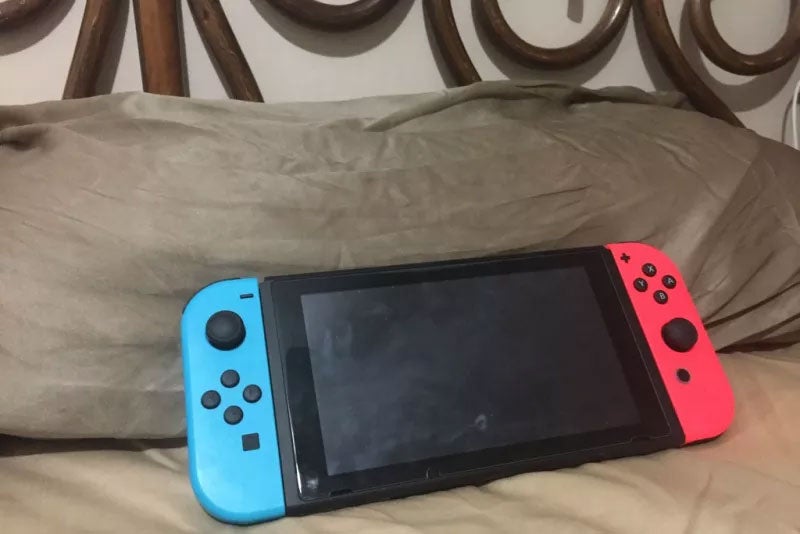 The only Gamecube controller I have is one that I got for Christmas back in 2001, and it does not work very well anymore. I love it anyway, so I should pay someone to spruce it up for me. I have used it as my primary Smash controller from Melee through Smash 4, but on the days when the already-sticky A button feels stickier than usual, I go with the Pro controller.

I’ll do the same for Ultimate when I’m back at home, but until then, it’s the Switch or nothing. 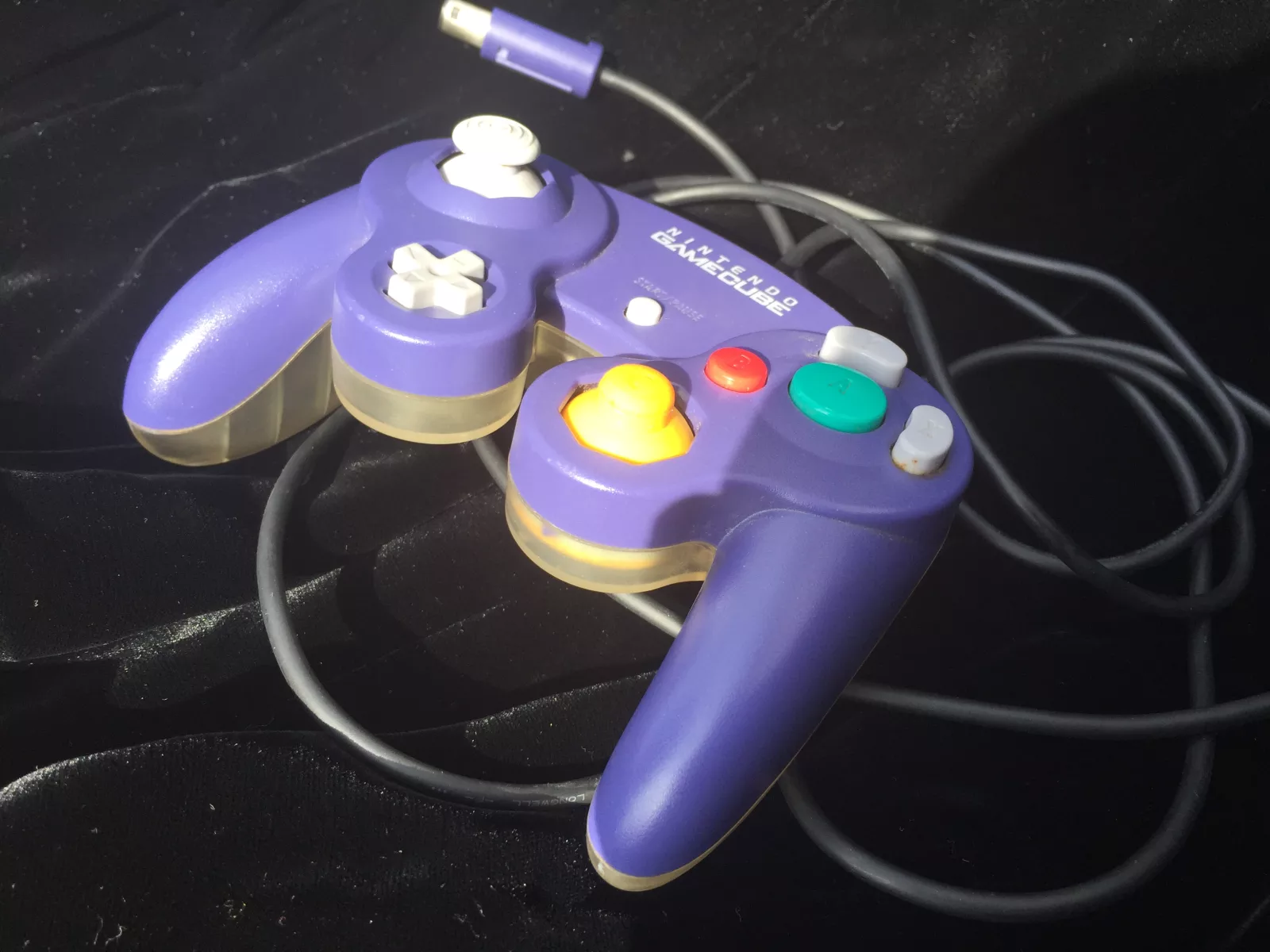 When I first loaded up the game, I was curious about how it would play in handheld mode. I played a lot of Smash 4 on my 3DS, and while it was OK, I had higher hopes for my Switch. Months ago, inspired by Mike Fahey, I modded my Switch to look like my original Game Boy.

Or rather, I gave it to somebody to mod for me after Fahey’s cautionary tale of messing up his Joy-Cons: 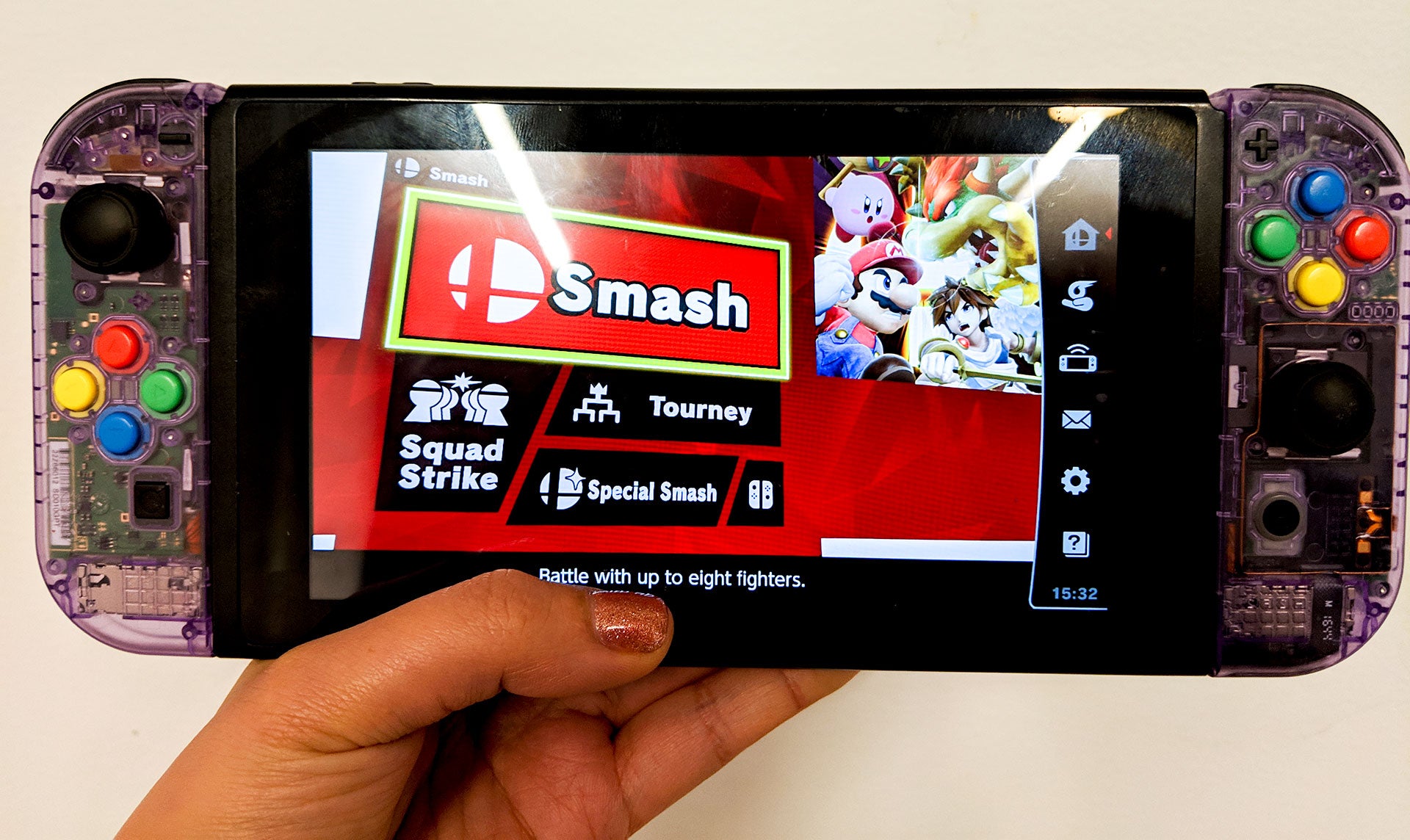 Unfortunately, this mod appears to have made my Joy-Cons totally crap when it comes to games that require fast reflex times. I can hear the buttons on these Joy-Cons go back up before my Smash fighter even considers moving. When I traded out these Joy-Cons for a newer pair I borrowed, the difference was staggering.

Now I tell everybody I know who plays Smash not to touch their damn Joy-Cons.

Since Smash’s launch, lots of players on the more intense side of things have been concerned about technically imperceptible input lag in docked mode that, to me, has been somewhat bothersome as I’ve been working to get good at this game.

Things I have done to mitigate input lag:

All of this cut down on input lag a little and frankly made me feel crazy. 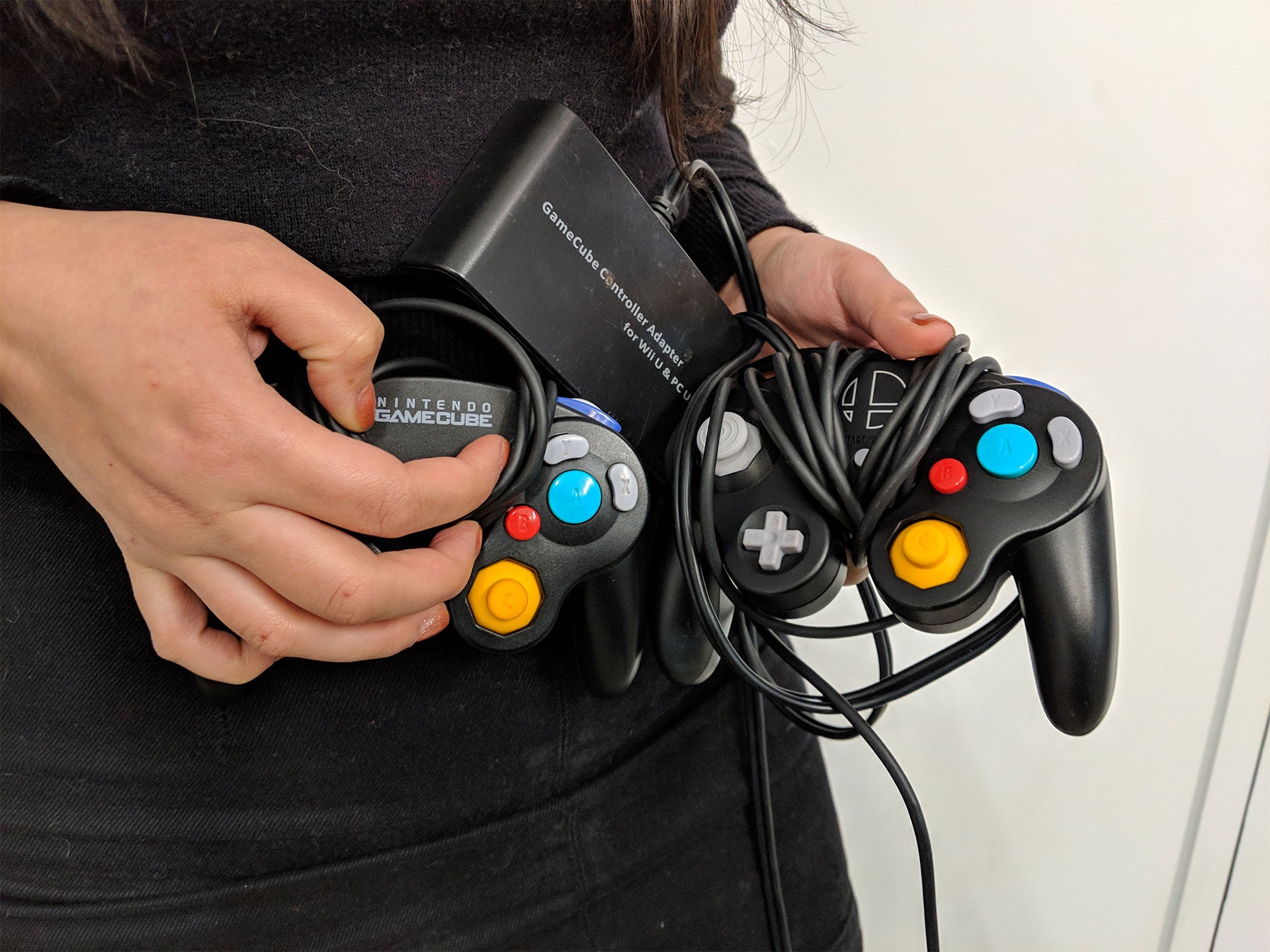 I still have the nagging feeling I’m getting lag, or that I have some sort of deeper problem.