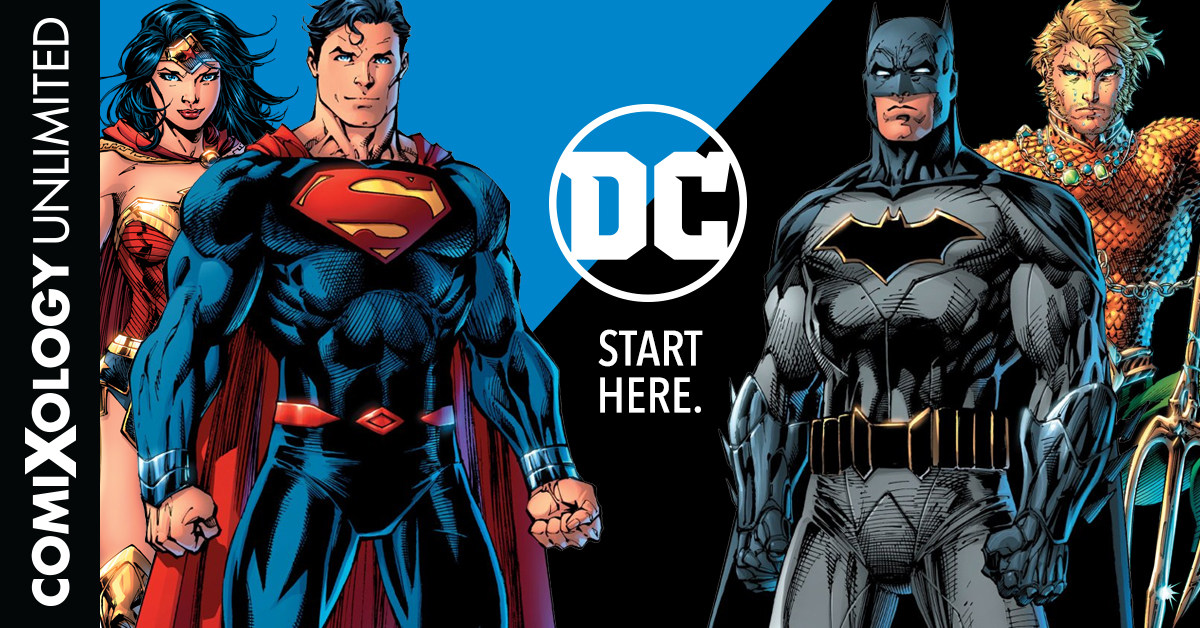 A few years ago, digital comics retailer Comixology launched its own ‘all-you-can-eat’ subscription, Unlimited, starting with a few series from a range of publishers. Since then, the service has expanded significantly, adding more publishers, original series, and even Marvel comics.

But now the other member of the big two, DC Comics, is finally joining the fun.

Kotaku can exclusively confirm that starting today, thousands of select comics — from single issues to graphic novels and complete collections — from both DC and its Vertigo imprint will be joining the roster of free-to-read comics included as part of the Comixology Unlimited subscription.

The additions will also come to other Amazon subscriptions like Kindle Unlimited and Prime Reading (which, unlike Kindle and Comixology Unlimited, will receive a rotating curated collection of DC and Vertigo graphic novels, rather than single issues).

There’s no price-increase either, so your $8-a-month will still get you access to Comixology Unlimited’s archives as well as the newly-added material from DC and Vertigo.

Here’s a small sample of some of the selections being added today, with plenty more also available:

It’s a great move for both Comixology and DC, especially the latter considering the publisher has been trailing behind in the subscription service game for a while. Marvel’s had it’s own subscription service (confusingly, also named Unlimited!) for years at this point, but DC only got on board relatively recently with the curated, rotating collection of digital comics available as part of its DC Universe streaming service.

But DC Universe is not just inaccessible outside of the U.S., it’s also significantly more expensive than other comics subscriptions, due to the fact it provides access to a host of other benefits, like merchandise, streaming archives, and original TV shows like Titans and Doom Patrol.

Bringing DC Comics and Vertigo to Comixology Unlimited makes it easier than ever for people to dive into the publisher’s back catalogue—and it also happens to make Unlimited one of the most attractive options around if you’re looking for a digital comics subscription.

To learn more about Comixology Unlimited, you can head over to the official website and start checking out what’s on offer and begin a 30-day free trial.