Everything Coming To Stan, Netflix, Foxtel And Amazon This January

Australia’s streaming services are getting new content added all the time with everything from TV drama to documentaries, original films to stand-up comedy . Read on to see all the content that will be added to Stan, Netflix, Foxtel and Amazon’s libraries in January 2019.

Some of us are still on holidays and with the weather turning from ferociously hot to pouring rain depending on where you live, there’s plenty of time to to be indoors and binge a new series or two.

Bloom is a mystery drama about the scarcity of time and the choices we make, starring Phoebe Tonkin, two-time Oscar nominee Jacki Weaver, Bryan Brown) and Ryan Corr. A year after a devastating flood kills five locals in an idyllic country town, a mysterious new plant appears with the power to restore their youth. It’s a gift powerful beyond wildest imaginings. A phenomenon so formidable that attempting to harness its potency means re-evaluating everything that’s important. It’s a miracle some will kill to keep secret.

I Am The Night (new episodes weekly) 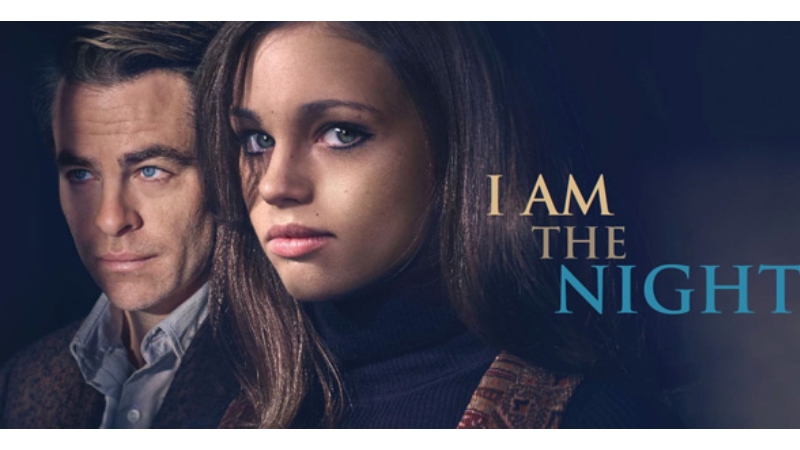 I Am The Night is a gripping mystery inspired by real events. Fauna Hodel (Eisley) is an adopted teenage girl who begins to investigate the secrets to her past, leading her on a sinister trail to Dr. George Hodel, an infamous Hollywood gynaecologist who was involved in the legendary Black Dahlia murders in 1947. 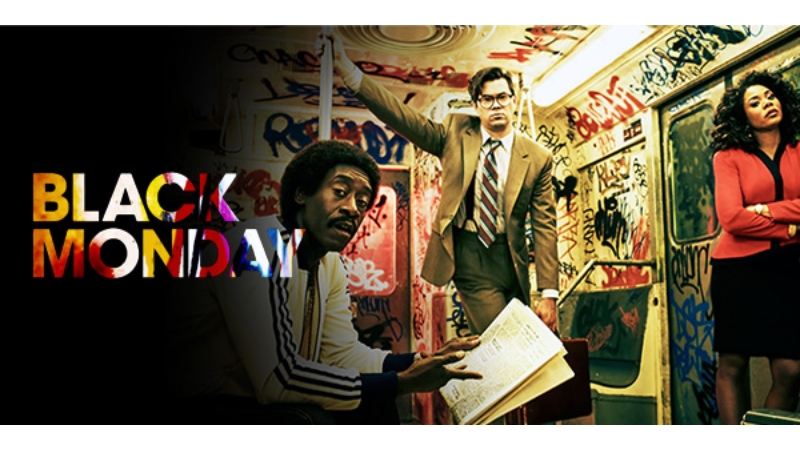 Travel back to October 19, 1987-aka Black Monday, the worst stock market crash in the history of Wall Street. To this day, no one knows who caused it… until now. This is the story of how a group of outsiders ended up crashing the world’s largest financial system. The outrageous comedy series stars Don Cheadle, Andrew Rannells and Regina Hall, and comes from executive producers Seth Rogen and Evan Goldberg.

Netflix is facing a tough time as Stan managed to snag the Disney deal late last year and is relying more and more on its own productions.

This global, first-of-its-kind, series will showcase 47 comedians from 13 regions in 8 languages in an unprecedented stand-up comedy experience. The groundbreaking series will feature a range of stand-up specials from comedians diverse in style, gender and ethnicity. Get ready to start the new year off with a laugh!

Years after a bitter falling out, four Israeli military veterans reunite and travel to Colombia in search of a loved one they’d presumed to be dead.

Meet Otis Milburn – an inexperienced, socially awkward high school student who lives with his mother, a sex therapist. Surrounded by manuals, videos and tediously open conversations about sex, Otis is a reluctant expert on the subject. When his home life is revealed at school, Otis realizes that he can use his specialist knowledge to gain status. He teams up with Maeve, a whip-smart bad-girl, and together they set up an underground sex therapy clinic to deal with their fellow students’ weird and wonderful problems. Through his analysis of teenage sexuality, Otis realises he may need some therapy of his own.

Mistakes were made. Feelings were hurt. Life goes on. Now, with a wedding on the horizon, the gang tries to put the past behind them.

Led by Batman’s former protégé Robin, a group of teen heroes forms to fight crime while wrestling with their inner demons.

In the return of this Emmy winning comedy, two friends launch a scheme to get their old lives back.

Instead of joining her father’s law firm as her family expects, Farah strikes out on her own as a defense attorney after returning home to Abu Dhabi.

A contemporary thriller that follows the difficult journey of a woman, a Rwandan orphaned by the genocide, raised in London by an adopted mother, trying to discover the truth of her past. The series examines the West’s relationship with Africa, set in a world of prosecution of war crimes.

In a kingdom defeated by corruption and famine, a mysterious rumour of the king’s death spreads as does a strange plague that renders the infected immune to death and hungry for flesh. The crown prince, fallen victim to a conspiracy, sets out on a journey to unveil the evil behind it all and save his people.

Chava and Isabel come to terms with their futures and the future of the Cuervos in an all-new season of surprises.

As the series comes to a hilarious and moving close, Kimmy has to choose between helping her friends, Titus (Tituss Burgess), Jacqueline (Jane Krakowski) and Lillian (Carol Kane), and helping someone she’s never put first before: herself. This final season includes a double-sized “Sliding Doors” episode exploring how the main characters’ lives might have been different if Kimmy had never been kidnapped.

Mysterious events in different regions of the galaxy launch Discovery on a new mission with a temporary captain: Christopher Pike of the Enterprise.

When her father falls ill, Adaeze steps up to run the family business — alongside her uncle — and prove herself in a male-dominated world.

In a remote area of the Canary Islands, young surfer Alvaro Vizcaino accidentally falls from a cliff. Seriously injured, he must fight to survive.

Retired talent manager Al reconnects with former client Buddy, a comedian who gave up performing decades ago, and urges him to go back out on the road.

A former detective hell-bent on revenge infiltrates a remote island serving as a prison for dangerous death row criminals in search of a brutal fiend.

One of the last survivors on Earth, a teen races to cure her poisoned planet before the final shuttle to a distant space colony leaves her stranded.

While fighting crimes against women in Delhi, a short-fused policewoman and her level-headed female boss grapple with gender issues in their own lives.

To protect an heiress from highly trained kidnappers, a lone security expert must unravel a sinister plot — while striving to stay alive.

When her best friend starts acting odd after a strange accident, a young woman descends into a living hell where nightmare and reality are blurred.

A retiring assassin suddenly finds himself on the receiving end of a hit, contracted by none other than his own employer seeking to cash in on the pensions of aging employees.

Sebastian Maniscalco takes on life’s many annoyances with his singularly expressive approach in a live special based on his memoir of the same name.

In a new comedy special for 2019, Gabriel “Fluffy” Iglesias discusses his teenage son, encounters with Snoop Dogg and an overzealous fan, and more.

For years, the murder of Chilean protest singer Victor Jara was blamed on an official in Pinochet’s army. Now in exile, he tries to exonerate himself.

The Fyre Festival was billed as a luxury music experience full of social media influencers on a posh island, but the reality was far from the promises.

Get a unique look inside the mind of an infamous serial killer with this cinematic self-portrait crafted from statements made by Ted Bundy.

In the series’ third and final act, the Baudelaires will stop at nothing to solve the mysteries of the VFD and end Count Olaf’s relentless pursuit.

Pinky Malinky sees the bright side of everything, including being born a hot dog. With his BFFs in tow, this little wiener takes a bite out of life.

Carmen Sandiego returns in this series that follows her new international capers as well as past escapades that led to her becoming a super thief.

This season, the trolls get lost in wormholes, journey to the Fountain of Glitter, go for a ride in a submarine, play in the snow and more.

With the earth alliance weakened, Haruo weighs siding with the Exif, whose death cult is summoning a monster that can destroy the world.

From making ends meet to lavish rides and fur coats, the Irish MMA champion grants an all-access pass to the highs — and lows — of his ascent.

With instructions from her genius son’s carefully crafted notebook, a single mother sets out to rescue a young girl from the hands of her abusive stepfather.

Discover the untold story of how Drake rewrote the rules and rose from a child actor to become a cultural phenomenon and global musical icon. He is the king of pop and hip hop, combining many musical styles into one mainstream sound.

Beca, a freshman at Barden University, is cajoled into joining The Bellas, her school’s all-girls singing group. Injecting some much needed energy into their repertoire, The Bellas take on their male rivals in a campus competition.

A suit-wearing, briefcase-carrying baby pairs up with his 7-year old brother to stop the dastardly plot of the CEO of Puppy Co.

As of January 2, the international thriller McMafia, became available on Amazon Prime Video to customers in more than 200 countries and territories. The series stars James Norton, David Strathairn, and Juliet Rylance. Created by Hossein Amini and James Watkins, McMafia is inspired by the best-selling non-fiction book by Misha Glenny. Featuring a distinguished international cast, McMafia tells the story of Alex Godman (Norton), an English-raised son of Russian exiles with a mafia history, who has spent his life trying to escape the shadow of that criminal past. As he starts building his own legitimate business and forging a life with his girlfriend Rebecca (Rylance), his family’s past murderously returns to threaten them and Alex is forced to confront his values to protect those he loves.

The second episode was released on Wednesday, January 3, and the further six episodes of the eight-part series will release on Prime Video on the day after broadcast in the UK on the BBC. 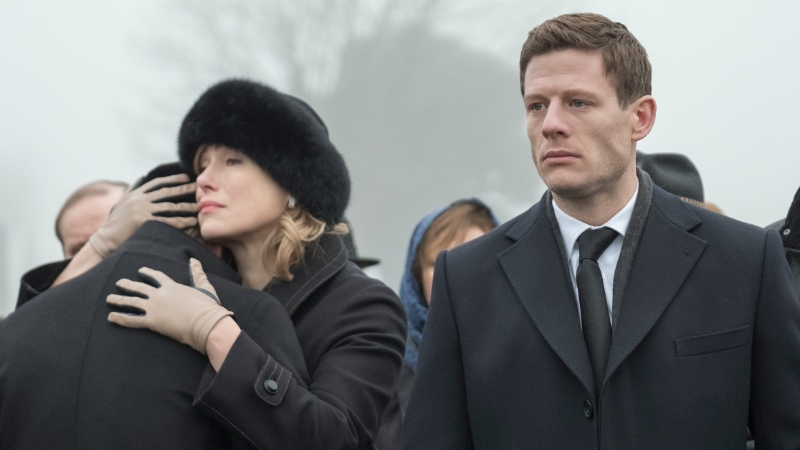 On January 26, Amazon Prime Video members will be able to enjoy Breathe. Breathe is a gritty psychological drama that follows the lives of ordinary men faced with extraordinary circumstances. Sadh (Kabir Khan), a brilliant but unconventional officer of the Mumbai Crime Branch, puts the pieces together of seemingly unconnected deaths of organ donors that lead to an unlikely suspect – the affable Danny (Ranganathan Madhavan). Kabir will not stop till he cracks the case and delivers justice. Breathe is Amazon Prime Video’s second India Prime Original Series following the launch of Inside Edge in 2017.