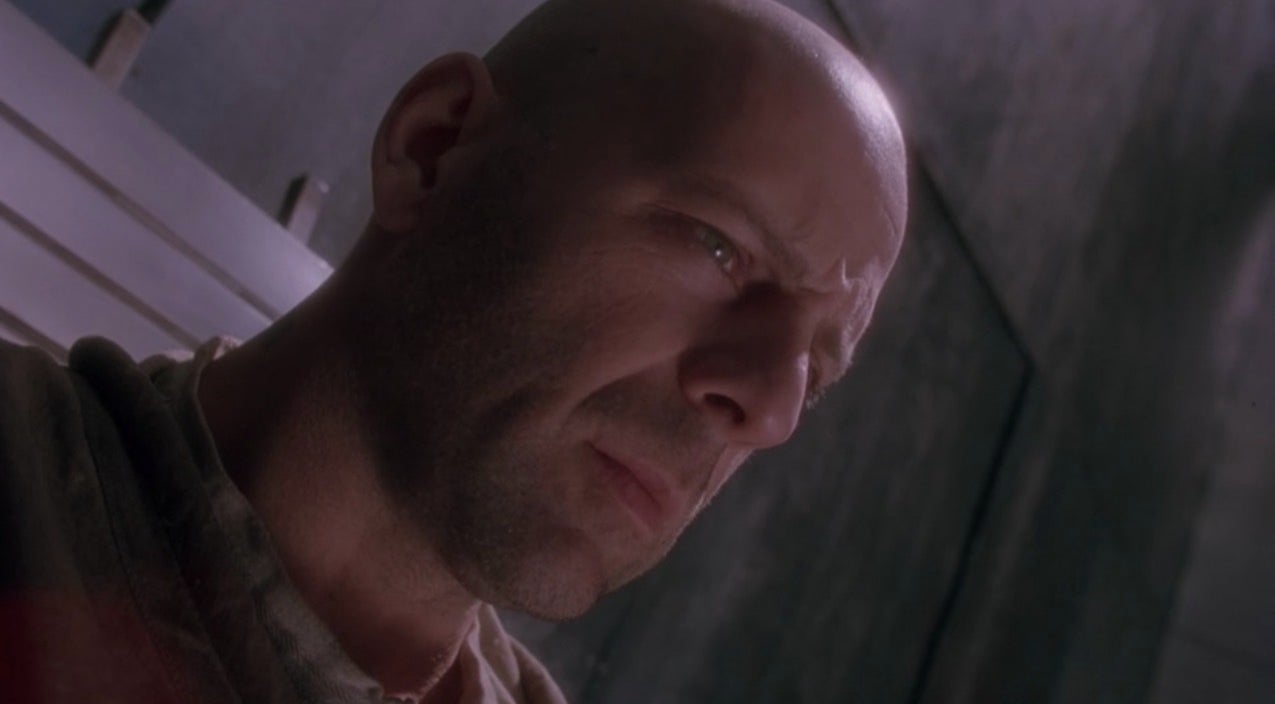 Bruce Willis as a time traveller who’s haunted by the past, present, <em>and</em> future in <em>12 Monkeys.</em> (Image: Universal)

Sci-fi movie remakes are a genre constant. Good sci-fi remakes, however, are surprisingly difficult to come by. While you nervously wait to pass judgment on in-the-works projects like Dune and Escape From New York, though, here are eight movies that prove sci-fi remakes can be amazing.

After Roland Emmerich’s 1998 attempt at bringing the legendary Japanese monster stateside crashed and burned, it took 16 years before an American studio dared make another attempt. Granted, it wouldn’t take much to improve on that universally-scorned disaster, but the 2014 version — with Gareth Edwards (who’d go on to make Rogue One: A Star Wars Story) at the helm, a more carefully-considered and global story, and much-advanced CGI—managed to deliver an entertaining creature feature that didn’t grossly insult the source material.

In fact, Godzilla was such a success that it cleared the way for Legendary’s “MonsterVerse,” which also includes 2017’s Kong: Skull Island, this year’s Godzilla: King of the Monsters, and next year’s Godzilla vs. Kong. The post-war poignancy of the 1954 O.G. big G will never be replaced—and there’s a certain charm attached to the “man in suit” portrayal that gets lost in the spectacle of modern special effects. But at least Hollywood’s take on Godzilla is finally stomping in the right direction. 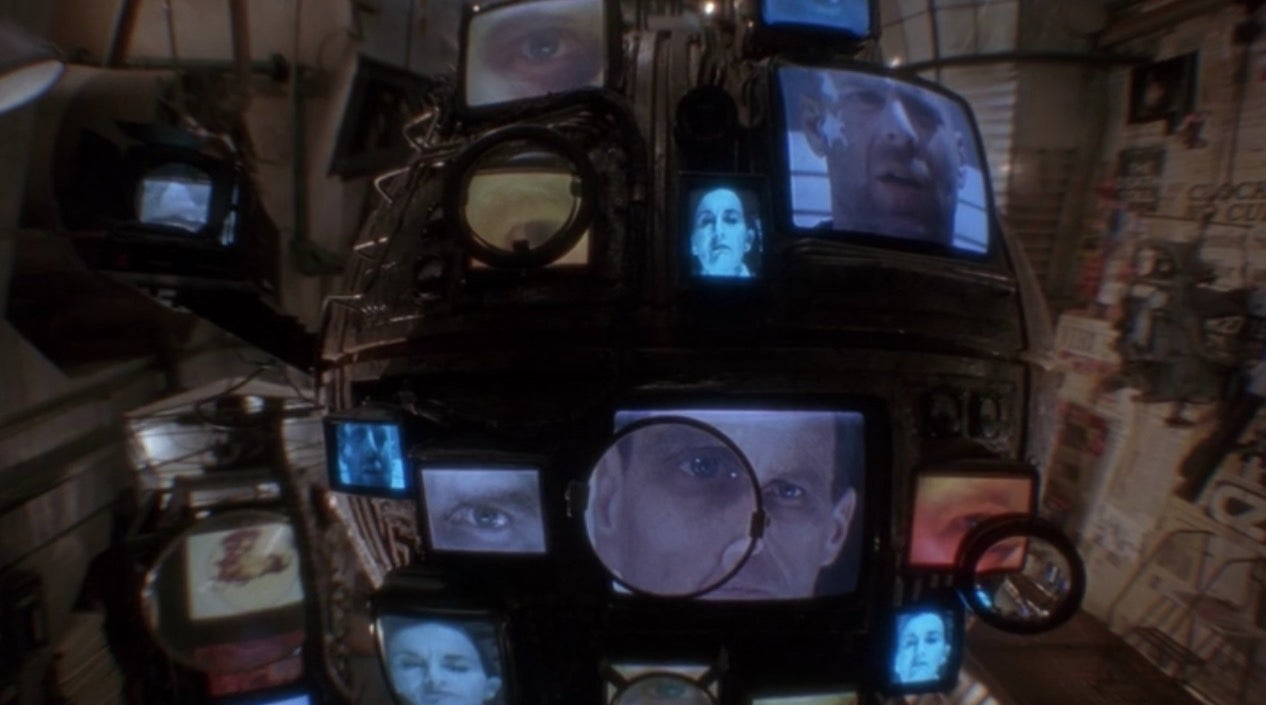 In 1962, French filmmaker Chris Marker released La Jetée, about a prisoner who’s recruited to be a time traveller in post-nuclear war Paris. The man is specifically chosen because he’s holding so tightly to a foggy memory involving a beautiful woman and a violent incident he witnessed as a child at an airport, a quirk of his mind that scientists hope will make him a better subject for their experiment, and hopefully the potential saviour of the human race. La Jetée runs just under 30 minutes and it isn’t a traditional film—it uses mostly black-and-white still photographs, along with music and an affecting voice-over, to tell its tale.

Three decades later, the man’s haunting quest began again in the form of Terry Gilliam’s sci-fi noir 12 Monkeys. In this version, instead of nuclear war, humankind’s existence is threatened by a deadly virus, and Gilliam’s signature visual flair (and willingness to embrace over-the-top elements, like Brad Pitt’s performance as a psychiatric patient) contrasts sharply with the starkness of La Jetée. But 12 Monkeys—which went on to inspire the also excellent Syfy TV series—manages to both honour and enhance Marker’s time-loop tragedy, and easily represents a best-case-scenario outcome for the rare experimental short that finds itself transformed into a Hollywood feature.

In 1995, Sylvester Stallone vehicle Judge Dredd was tepidly received, but the titular character, a futuristic “street judge” who chases criminals (and then seals their fate) in a dystopian metropolis, was compelling enough to inspire another attempt at big-screen glory. With that in mind—and with the help of a script by Alex Garland (28 Days Later, Ex Machina, Annihilation)—2012’s Dredd is less a remake of Judge Dredd the movie than it is a fresh take on the John Wagner-Carlos Ezquerra comic book creation.

Karl Urban (charismatic despite never taking his helmet off) plays Dredd, tasked with infiltrating a high-rise apartment building that’s controlled by a drug kingpin named “Ma-Ma” played by Lena Heady, who was then just a year into her villainous turn as Cersei Lannister on Game of Thrones. The drug of choice in Mega-City One is called “Slo-Mo,” the effects of which are depicted literally by director Pete Travis in a movie that’s otherwise driven by propulsive and often brutal action. Not to mention a sly sense of humour that was sorely lacking in the first film. 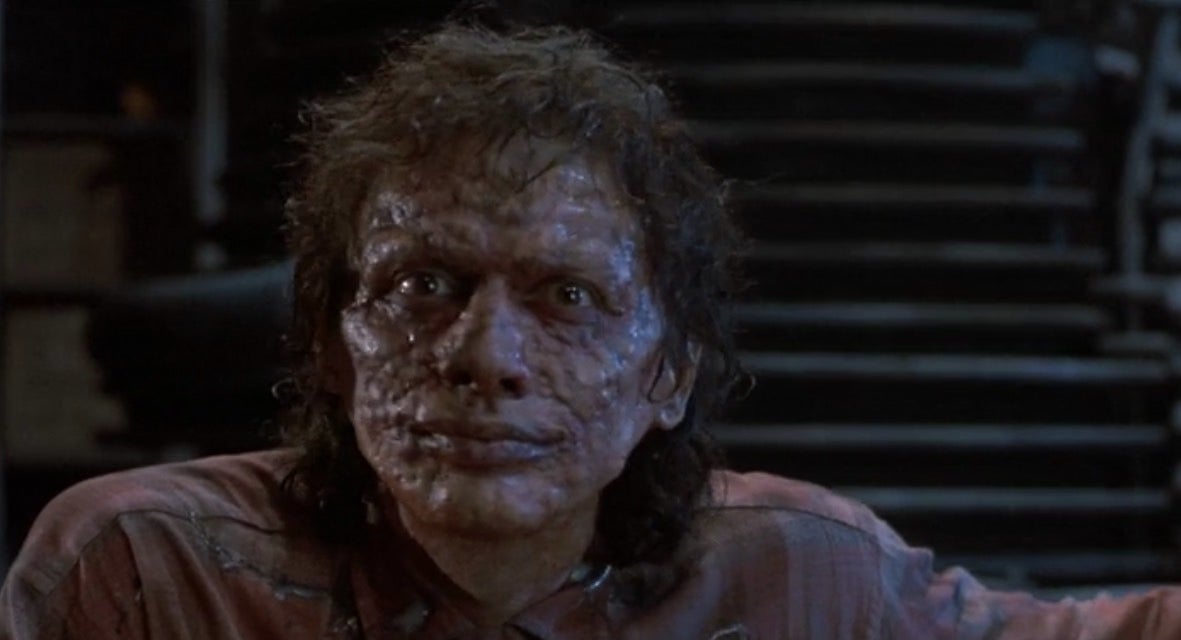 The same 1957 George Langelaan short story inspired both the 1958 and the 1986 film versions of The Fly. The 1958 version is plenty horrifying for its time—a scientist working on a matter-transportation device accidentally mingles atoms with a fly, transferring his brain into an insect’s body. This unfortunate circumstance means his wife must kill his mostly-human body, and the local police inspector (who’s about to charge the poor woman with murder) to squish the man-fly in order to spare him from gruesome death-by-spider. However, in the hands of body-horror master David Cronenberg and Oscar-winning special effects make-up artist Chris Walas, The Fly levels up into stomach -roiling territory.

There’s no body-swapping plot here; instead, the rogue fly means this version’s unconventional scientist, Seth Brundle (Jeff Goldblum), is doomed to transform into a hideous hybrid creature, resulting in what may be the most extreme “disease movie” ever. The 1950s wife character is replaced by Geena Davis as a science reporter who starts a relationship with Seth at the beginning of the movie, and their tumultuous romance adds a level of drama (helped along by excellent performances) that’s missing from the original film. Later, of course, she becomes a horrified eyewitness as Seth oozes into his final form as “the Brundlefly,” leading to a final act that’s as repugnant as it is tear-jerking. 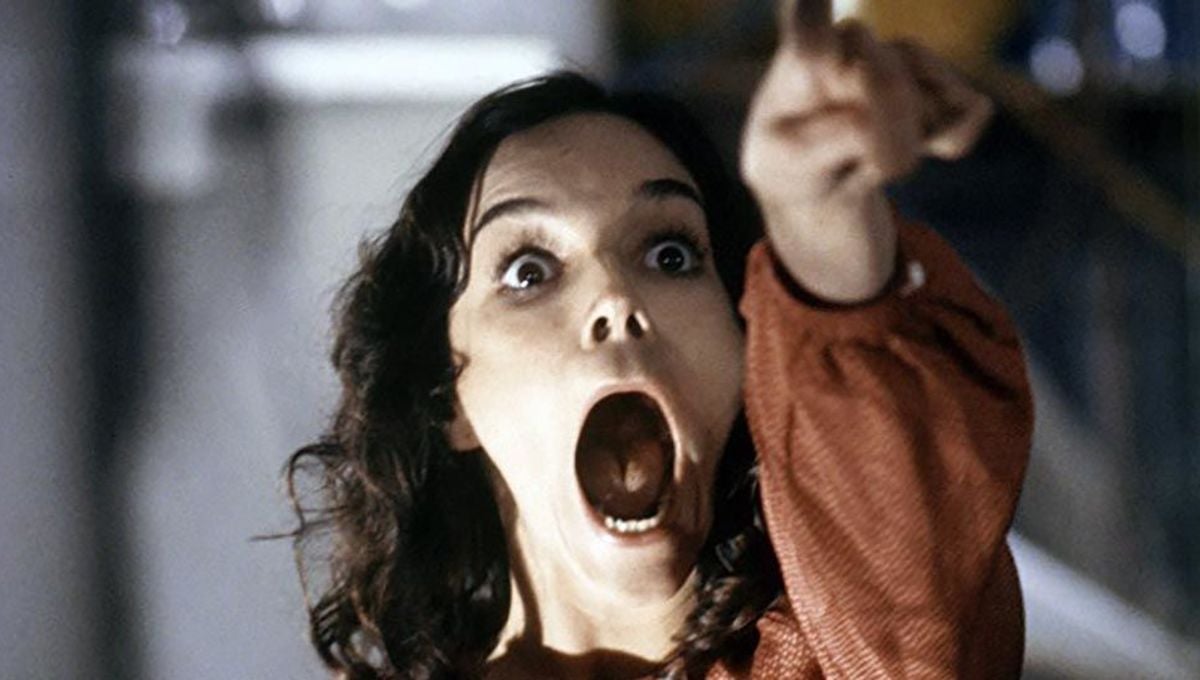 There’s a theme emerging here, which you’ve no doubt noticed by now. Aside from Judge Dredd, all of the original films that inspired the remakes on this list are classics. But just because a film is a classic doesn’t mean it’ll emerge from the remake machine with an equally-great film (looking at you, Tim Burton’s lamentable Planet of the Apes). It has to have a story that lends itself to updating or expanding in an interesting, creative way—and it needs to have a talented production team that’s focused on making a movie that can stand alone on its own merits regardless of what came before.

Philip Kaufman’s 1978 Invasion of the Body Snatchers ticks all those boxes, shifting the 1956 original’s small-town, Cold War paranoia to a San Francisco gripped by the equally creeping unease of the Watergate era. A sense of escalating dread permeates every frame, aided by the sound design, as the top-notch cast (Donald Sutherland, Leonard Nimoy, Jeff Goldblum, Alien’s Veronica Cartwright) slowly realises that unfriendly and yet chillingly familiar-looking aliens are in their midst. (Familiar, that is, except for this guy, who absolutely makes the case that practical special effects are often way more unsettling than anything a computer could ever hope to crank out.)

Kurt Russell as MacReady in The Thing. (Image: Universal Pictures)

Honestly, the 2011 remake/prequel/whatever is actually OK. But it’s still a distant third version behind two masterpieces: 1951’s The Thing From Another World, directed by Christian Nyby with a strong assist from Howard Hawks, and 1982 John Carpenter classic The Thing. Like The Fly, both films are based on an older story; in this case, it’s 1938 John W. Campbell, Jr. novella Who Goes There? Both movies make excellent use of their frozen, isolated locations—in the older film, it’s the North Pole; Carpenter’s takes place in Antarctica.

But while the black-and-white original is packed with crackling dialogue (a Hawks trademark) and plenty of tension, it’s ultimately mostly a really well-done version of the familiar “we’re trapped with a monster” (or “an alien,” to be precise) kind of story. Carpenter’s tale is elevated by a great ensemble cast (including Kurt Russell and Keith David), killer production design, a score by Ennio Morricone, and Rob Bottin’s splat-tastic creature effects. But it further ups the ante by giving its alien invader a truly eerie ability: it takes over each human one by one and “imitates” them…until the men (and the audience) don’t know who’s real and who’s actually a monster in disguise. The ambiguous ending makes for one of the all-time great final scenes of any sci-fi film, new or re-do.