Nearly three months ago Elite: Dangerous player Deluvian Reyes Cruz set off on a journey to see how far away they could travel from the Sol system. To be safe, they prepared enough fuel for a return trip. Near the end of their journey, they made a chance decision to skim off that fuel tank, and that choice has left them stranded in deep space for months. Recently, players have finally made progress on a rescue attempt.

As reported by Rock Paper Shotgun, Cruz has been adrift in deep space since last November after embarking on an attempt to set a new record for distance travelled away from the Sol system. Players including Cruz have been slowly building upon this distance record thanks to ship upgrades and numerous expeditions.

These journeys take hundreds of hours, as there’s no easy way to quickly jump distances in uncharted territory. Instead, players “supercruise” these distances in real time. Deluvian Reyes Cruz had been travelling for 42 days when they made a decision that left them stranded in space.

After travelling 65,788 lightyears from Sol and achieving a personal distance record, Cruz skimmed some extra fuel meant for the return trip to travel only one lightyear further. This decision left them unable to jump back to a known system.

“I spent 42 days to get where I am and in a split of a second I made a wrong call.. no return,” Cruz said in a forum post last November. 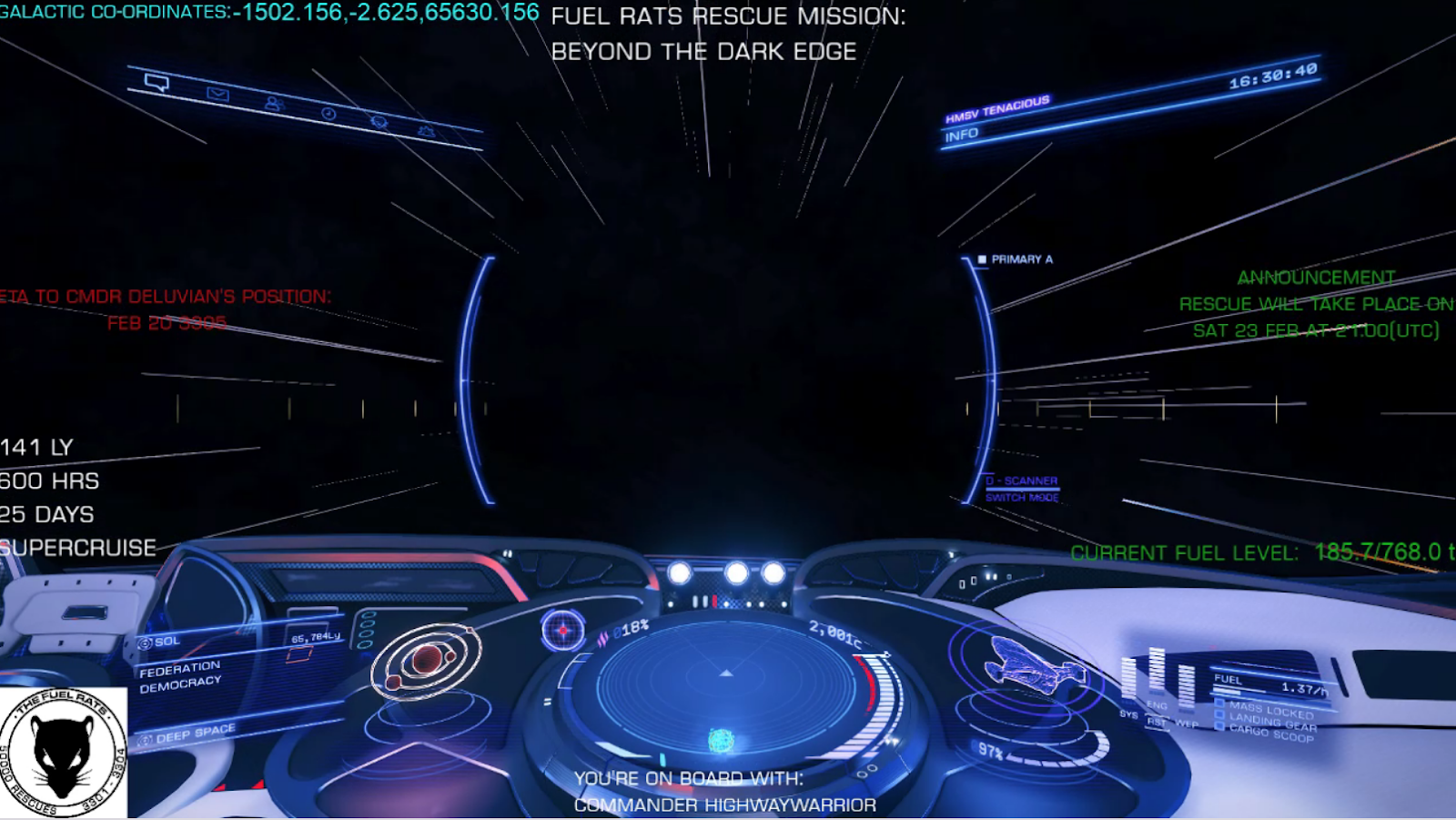 A rescue attempt is now underway, carried out by the “Fuel Rats,” who are a group of players dedicated to providing emergency refuelling to stranded players. In 2017, they notably rescued another pilot who blew fuel calculations in their own distance record attempt. So, the Fuel Rats are not new to this, but each operation has risks.

This current rescue attempt, named Operation Beyond The Dark Edge, involves five different ships travelling to reach Cruz. Two of those ships will make the full trip to drop off much needed fuel before everyone jumps back into known space.

The Fuel Rats will reach Cruz’s ship on February 23rd. In the meantime, one of the vessels is livestreaming their journey on Twitch. Hopefully things goes off without a hitch, and the Fuel Rats can finally bring Cruz back to Sol. If not: who will fuel the Fuel Rats? Probably more Fuel Rats.