I’m Richard Garriott, Aka Lord British, And This Is How I Work

Richard Garriott is a robot. The creator of the Ultima series (including Ultima Online, one of the first massively multiplayer online games) runs his Austin company Portalarium from his home in New York. He telecommutes via Beam—a Segway-like robot with a video screen that lets him engage more directly with the rest of his team than static videoconferencing. It’s a fitting work style for the man who coined the use of the Sanskrit word avatar to mean a person’s virtual digital representation.

Garriott is a Silicon Valley kind of larger-than-life tech godfather. His former Austin home, Britannia Manor, is basically a castle; it was featured on MTV Cribs and has its own Wikipedia page. He’s been on the International Space Station and is a board member of the X Prize for private space flight. He’s designed a card for Magic: The Gathering.

He bought two Soviet space vehicles that are still on the moon, and likes to jokingly claim the land they’ve explored as his. He’s widely known by his Ultima Online character name, Lord British.

We talked to Garriott about his long career (he released his first game in 1979 at the age of 18), including the long and challenging development of his most recent game Shroud of the Avatar, and his advice for people now joining the gaming industry.

I am present all day, every day, just as any employee. Sometimes I am just there in the flesh, or more often in my robot body.﻿

First of all, tell us a little about your background and how you got to where you are today.

I am one of the earliest developers of computer games that is still producing games. I created the Ultima series, which set many standards in fantasy gaming, including the word avatar. Ultima Online was the first MMORPG. Today my team and I continue the race to create ever deeper experiences for players.

However, while I have lived and my team remains in Austin, 7 years ago I married a New Yorker and we make our family home in NYC. Thus I had great need to solve the long-distance commute problem, which drove me to be an early adopter of telepresence robotics.

Take us through a recent workday.

When I awake in NYC, I am an hour ahead of my Austin staff. This allows me to help get the kids off to school without a rush. I then log into my Beam and teleport to Austin from my home office desk in NYC.

I then go about starting my day’s work, while leaving my robot body present in my Austin office, just as I would be if physically present in Austin. This allows me to welcome employees as they arrive, and participate in the natural flow and rhythm of the office.

I attend the morning standup reports (either as a human or robot) daily. When people want to speak with me, they visit me normally, I participate in hallway chatter and even loiter in the kitchen wishing I could share in the snacks when I am a robot.

Hanging out all day IS THE KEY for me, not just logging into a fixed-position video conference call. I am present all day, every day, just as any employee. Sometimes I am just there in the flesh, or more often in my robot body on my Beam. 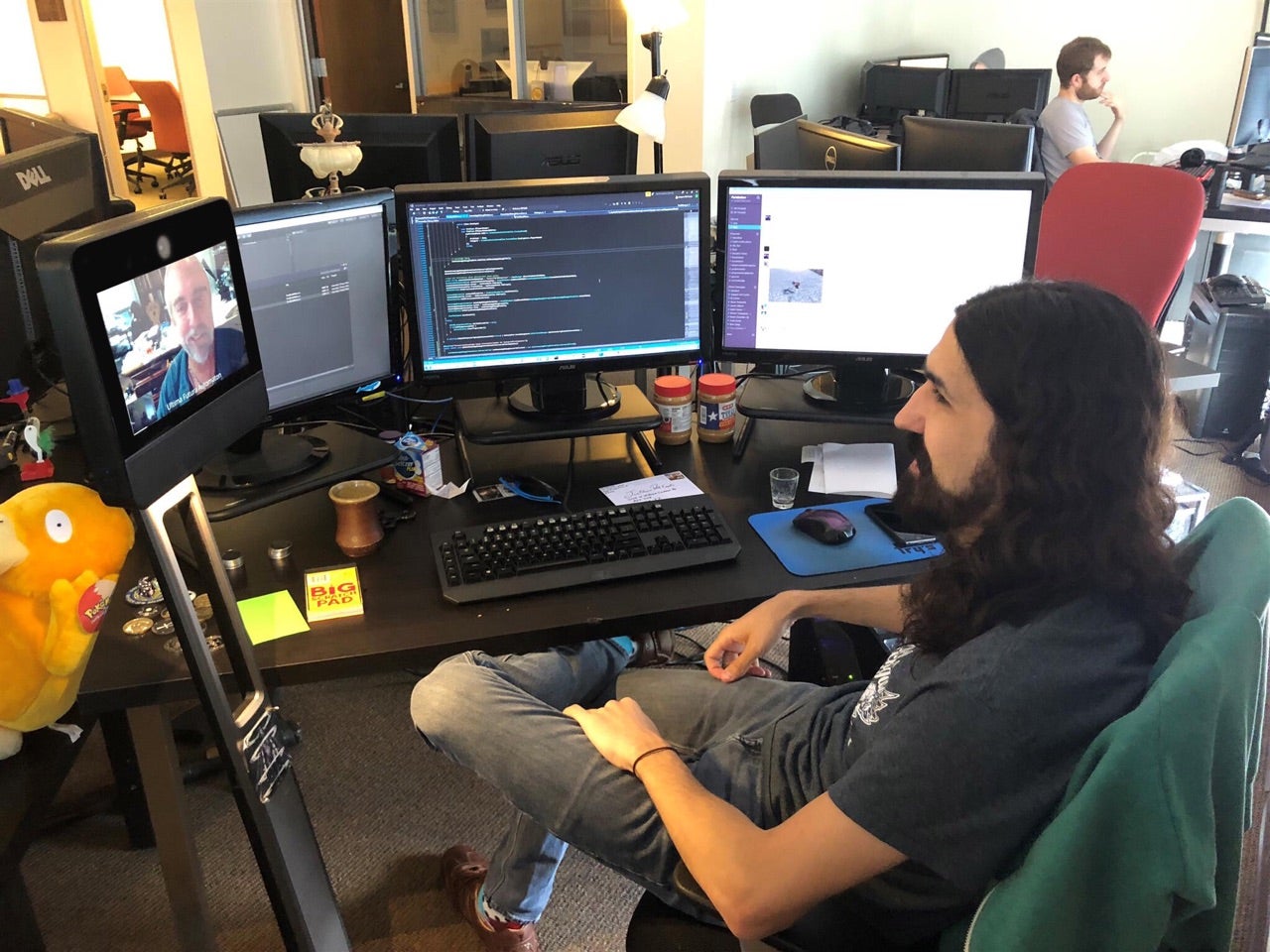 What apps, gadgets, or tools can’t you live without?

After the customary iPhone, desktops and laptops, unquestionably my most needed tool is my Beam! I am in Austin, Texas as I sit here in NYC writing this for you now! I must be one of the top global users of telepresence robotics on earth. But if more of you try this, you too will learn to love it!

My PC is a powerful gaming system with 3 large monitors, around me is exploration and technology memorabilia, from my still-working Apple ][ to the seat from the Soyuz I rode to space in. The top centre of the centre screen is reserved for my viewport though the Beam, which is constantly open during my work day.

Travel light! I NEVER check a bag. I am the king of travelling light. Of course, nothing beats travelling virtually. I can “Beam in” even when I am on the road with my iPhone and often do, from remote areas or even inside taxi cabs!

80% of the quality of a game becomes visible in the last 20% of the development process.﻿

Your latest game, Shroud of the Avatar, had a long and sometimes controversial route to launch, including multiple rounds of crowdfunding. How did you deal with criticism, what lessons did you learn, and what are you proud of from this process?

We are one of the first games to take the crowdfunding route, and so we have learned a great deal along the way. Now that we have launched the game and just shipped the physical boxes in September, we are now also the largest crowd-funded game to have delivered on their original commitments. Of this we are duly proud!

One of the major lessons of the journey has been how to manage expectations for people who join mid-stream. Those that come in at the beginning, start seeing the most primitive game and each month get a much improved game. Backers that come in later, first see a mostly working game, that is not yet fun or polished. Players who come in at the end, see a finished game and like it. It’s the middle group that is the hardest to keep happy.

What do you wish more people knew about the process of creating and running a game?

80% of the quality of a game becomes visible in the last 20% of the development process. 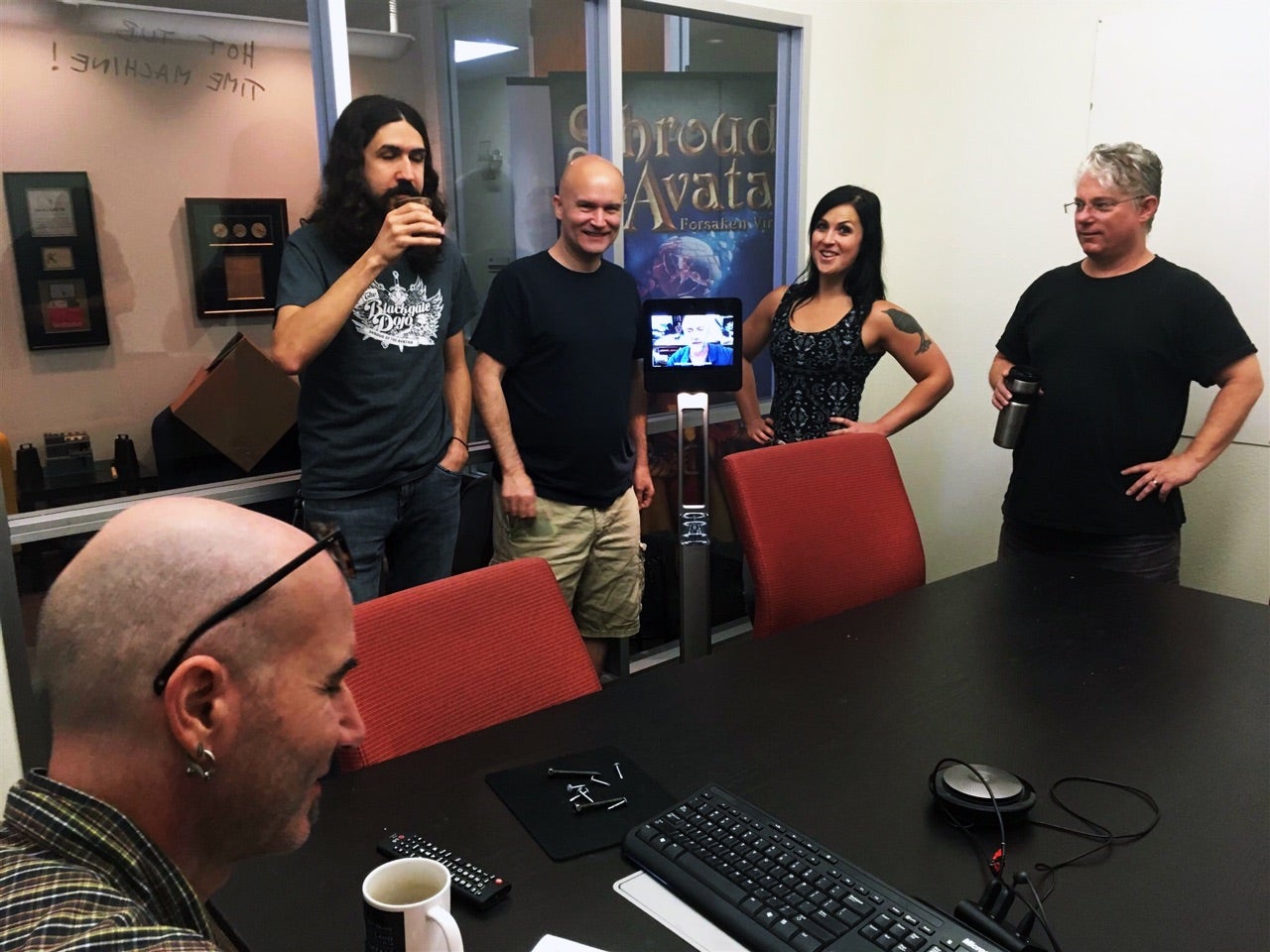 What’s your advice for people trying to “break into” working in the game industry?

Try again and again. Nothing worthwhile is easy. The odds of submitting your résumé to the exact company you want at the time they just happened to need YOU is very low. So apply every month. Keep growing your skills and demos to make a stronger impression each cycle. Take any role they will let you in with, and then conquer the job you really want once you’re inside.

Who are the people who help you get things done, and how do you rely on them?

EVERYONE on my team is a rock star! Starting with Starr Long, the project Executive Producer and Director. But many of us on this team have worked together for decades. We all know each other’s skills (and weaknesses) and can thus rely and prop up each other as needed!

How do you keep track of what you have to do?

I am a slave to my Outlook calendar. If it’s not in my calendar, I will NOT be there. If it is, I will be. Period.

How do you recharge or take a break?

Exploration! Hundreds of countries and areas left to explore, but I have already been to all seven continents, the deep sea by subs, the poles, and outer space! 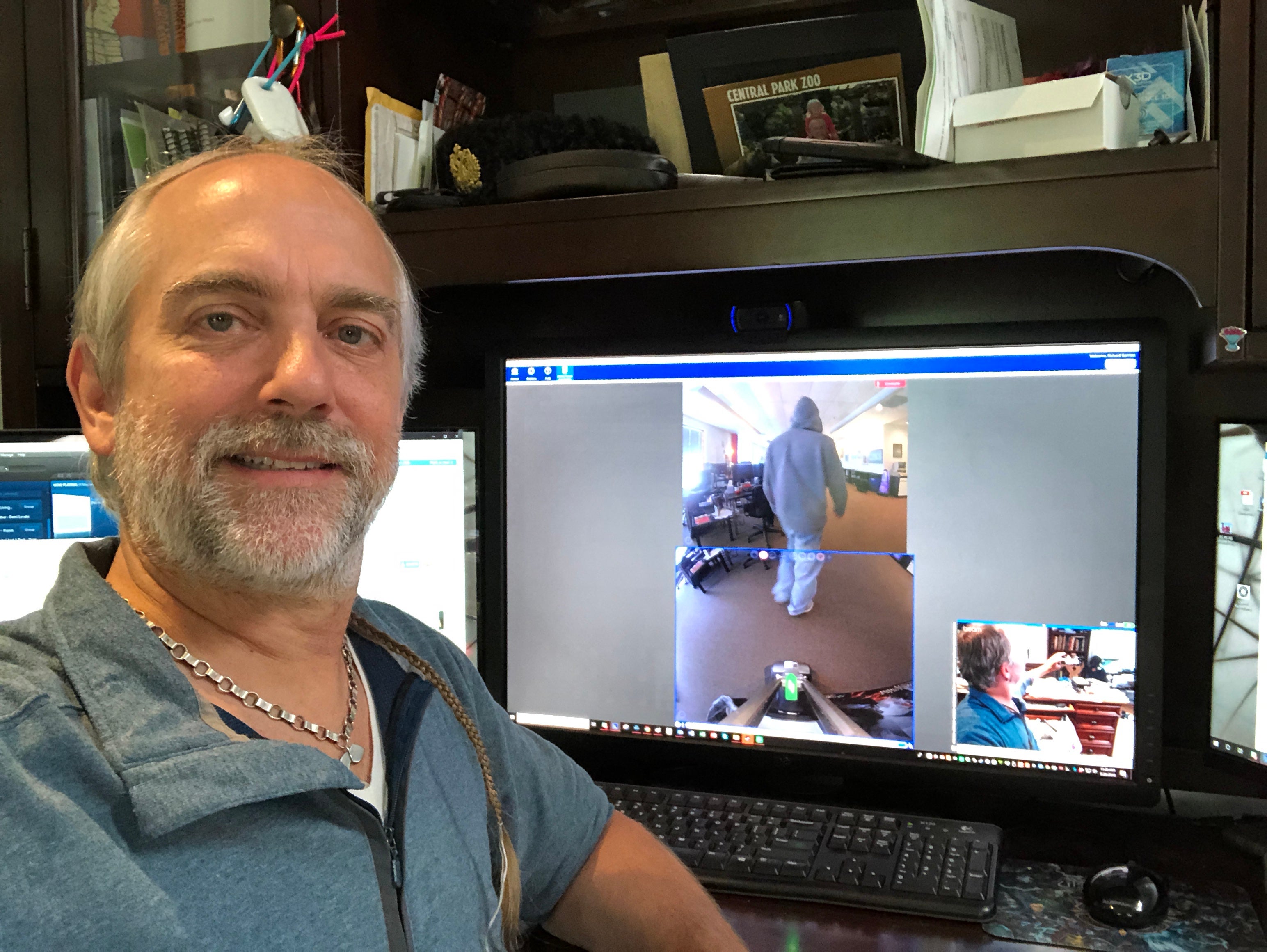 What’s your favourite side project?

What are you currently reading, or what do you recommend?

I read for research. It could be historical, philosophical, fantasy or real science. I am currently reading a text on graphene, as I think it may prove to be the “plastics” of the next generation!

Urban transport. I am a believer in Personal Rapid Transit, but deploying a civil project at that scale remains daunting to me.