The Epic Games Store developers have made a public Trello that is available for fans to view.

It outlines features the development team is planning to add in the future. Many of these features are long requested from users and include wishlists, cloud saves and more.

Announced last week, the Trello board shows a large list of features that are coming to the Epic Games Store. These features will hit the store in waves, with some features being 1 or 3 months away and other features coming in 6 or more months. 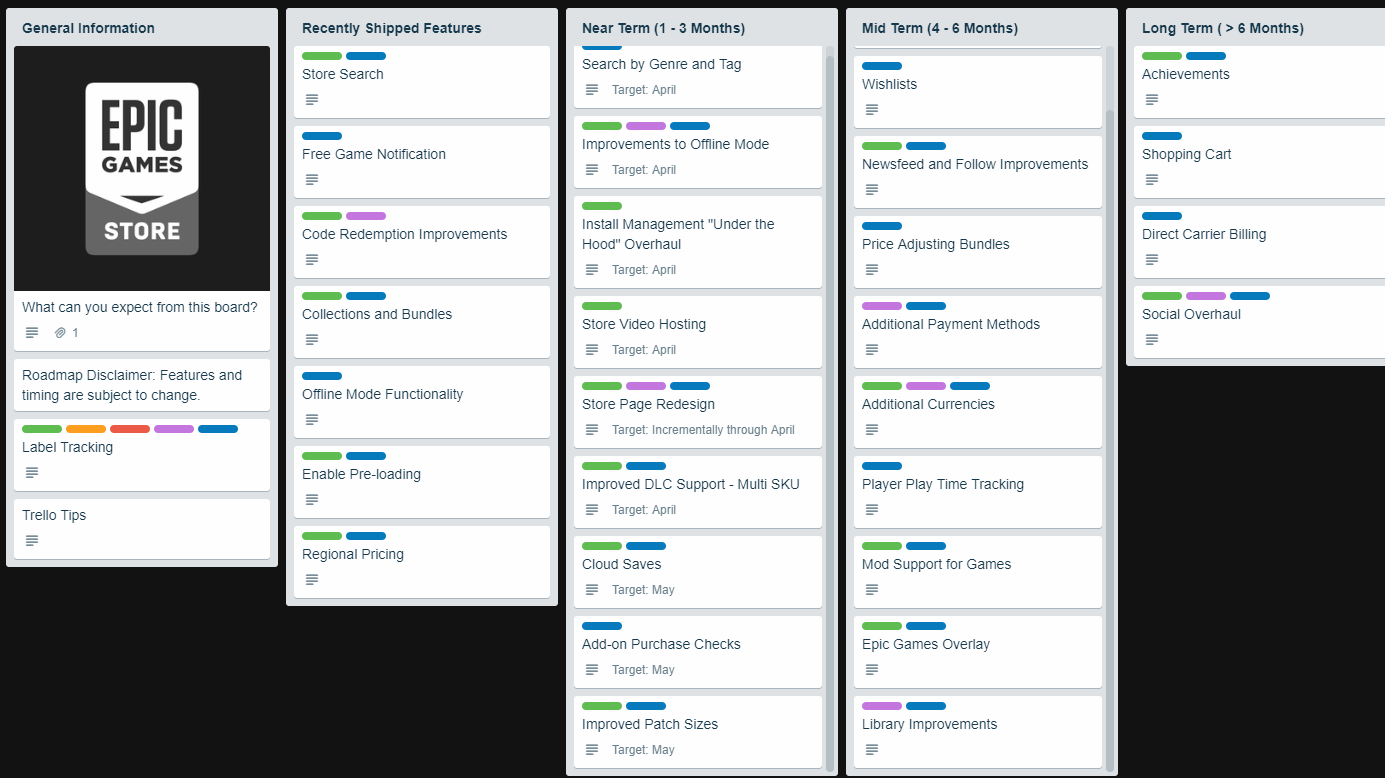 The first new features that Epic plans on adding in the next few months include the ability to search by genre, a store page redesign, improved DLC support, and cloud saves. Coming later in the next 4 to 6 months, Epic wants to add user reviews, wishlists, additional currencies, play time tracking, and an overlay.

Beyond 6 months, Epic is planning on adding achievements, a shopping cart, automated refunds, and gifting games to other users.

These development plans aren’t locked down and things could change. For fans who want to keep track of the store and upcoming features, you can follow the Epic Games Store Trello.