The H Dial is back, and it’s got a new wielder—but that might not be the most exciting thing about DC Comics’ latest relaunch of the beloved Dial H for Hero. To learn more about why now was the time to bring back the Silver Age icon’s wild world, io9 spoke to the new creative team, Sam Humphries and Joe Quinones.

The new Dial H is the latest in a long line of reboots and relaunches since Dave Wood and Jim Mooney began the original series back in 1966—from the beloved ‘80s series Marv Wolfman and Carmine Infantino to the 2012 horror-tinged reboot launched with China Miéville and Mateus Santolouco.

It’s a legacy befitting the series’ own love of ceaseless re-invention that it’s come back time and time again. But this latest reimagining—being printed under Brian Michael Bendis’ DC imprint, Wonder Comics—wants to capture the classical tone of Dial H’s past while also fundamentally playing with the form and structure of comics in a way like no other version of it has before. Will you answer the call? (Image: Joe Quinones, DC Comics)

To learn more about just how that works, Dial H’s dual new heroes, and how even the coincidental arrival of Spider-Man: Into the Spider-Verse has helped prove that it’s time for the H Dial’s return, check out our full interview with Humphries and Quinones below, as well as a brand-new preview of Dial H for Hero #1.

io9: Why was now the right time to bring back Dial H for Hero?

Sam Humphries: Uhh…that’s a great question, I don’t know! Now is the right time for us to do Dial H for Hero because Brian Michael Bendis asked me to. Really, what it came down to is I talked a lot with Brian when he was coming over to DC and he told me that there was an imprint remix, which I thought was a fantastic idea…and he came back to me and said, “How about Dial H for Hero?” and I said, “Really?” That was not what I expected to hear out of his mouth, at all. And it was like, “Just look into it, go back to it, do some reading. Dig into this concept and you’ll see what I mean.” And he was right.

io9: Joe, how did you come aboard the project? Did Brian also come to you with this vision for Dial H’s return?

Joe Quinones: So, I was talking to Andy Khouri who used to be the editor on the Wonder Comics book with Brian, and he kind of helped put it together, initially. And I just talked with him for a while about coming on to a DC book, because I hadn’t done one for a while.

I did a graphic novel in, like, 2014 and then just coverage here and there, in advertising. Went back onto the DC stable and talked to the team there about it, and they were like, “Well, Brian is coming over and there’s a couple things we have in mind and there’s this book that Sam has been working on.”

Which piqued my interest because I know Sam — socially and from conventions and we get along…we’ve talked about working together for a while. Just kind of went from there. Eventually did a phone call with Andy and a phone call with Sam, just kind of what Brian wanted to bring to the table, what Sam wanted to bring to the table — what was the table. And then feeling it out. It felt right early on. It felt really co-active and collaborative. I liked that a lot.

Humphries: So, when we got Joe involved it was truly like the book itself had dialed the H Dial and it became something more than it was. Because, like Joe says, we’ve been pals for a while and bonded on the same nerd things. We love everything from, like, superhero comics to manga and anime and we’ve always wanted to work together.

It never quite happened. And then I honestly didn’t expect it to happen on a project that’s as perfect as this. Especially because Joe’s got an amazing style that everybody loves, but nobody is prepared to see what Joe is bringing to the table with this book. Joe’s got styles upon styles upon styles that he’s never unleashed on the public before, and, if nothing else, that is what makes this book extraordinary. 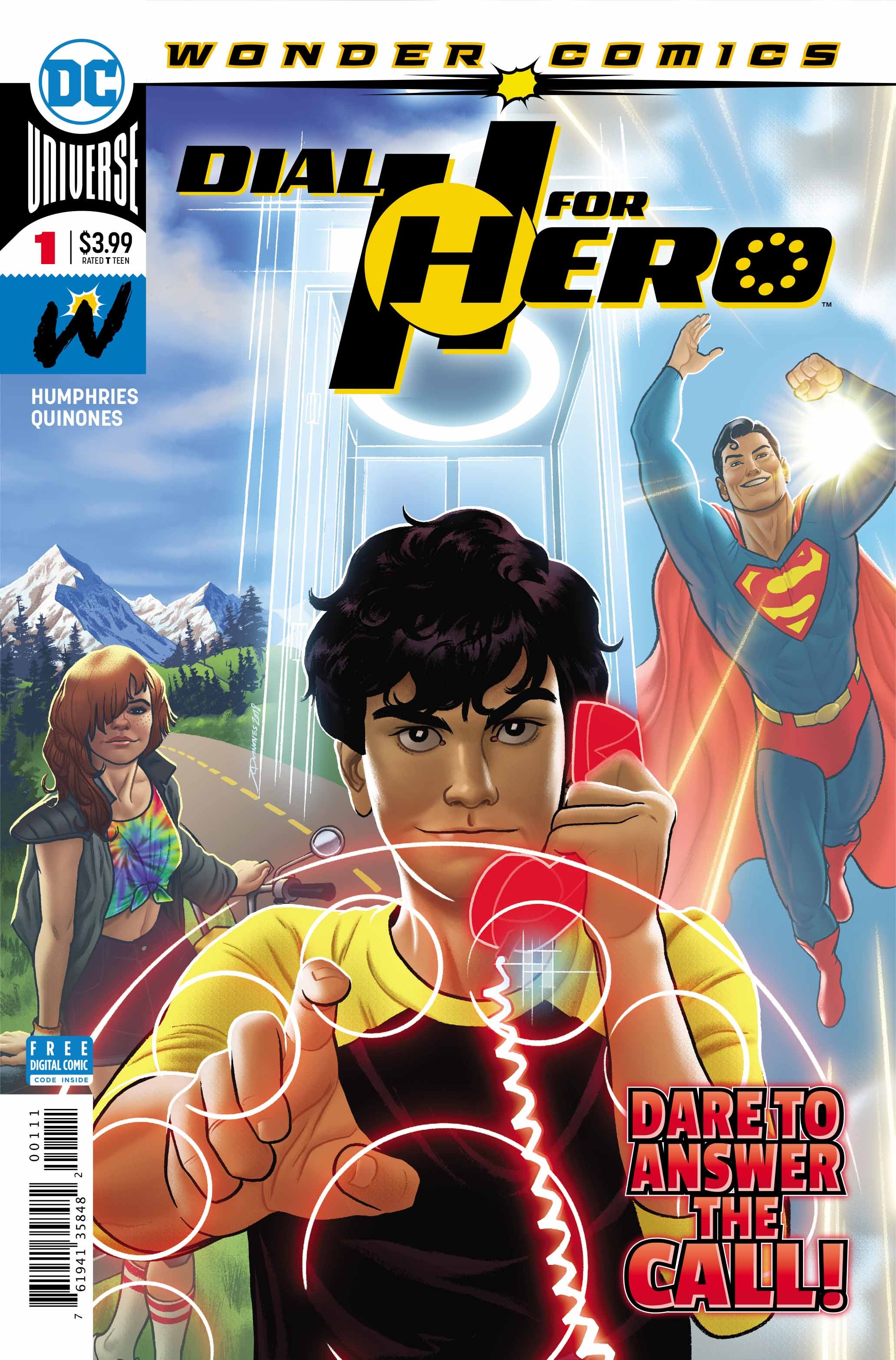 Get a look at the first six pages of Dial H for Hero #1 in this new preview. 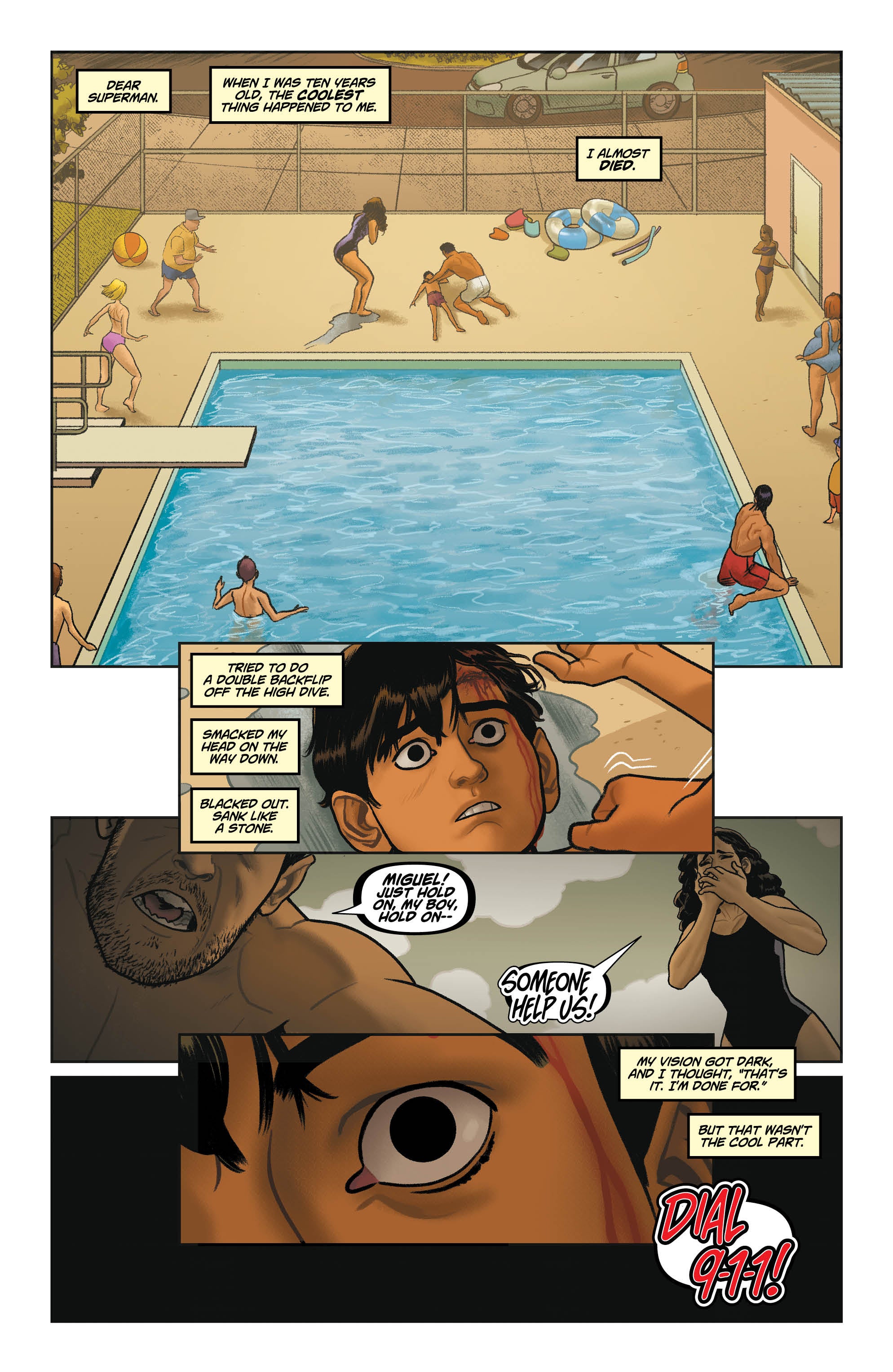 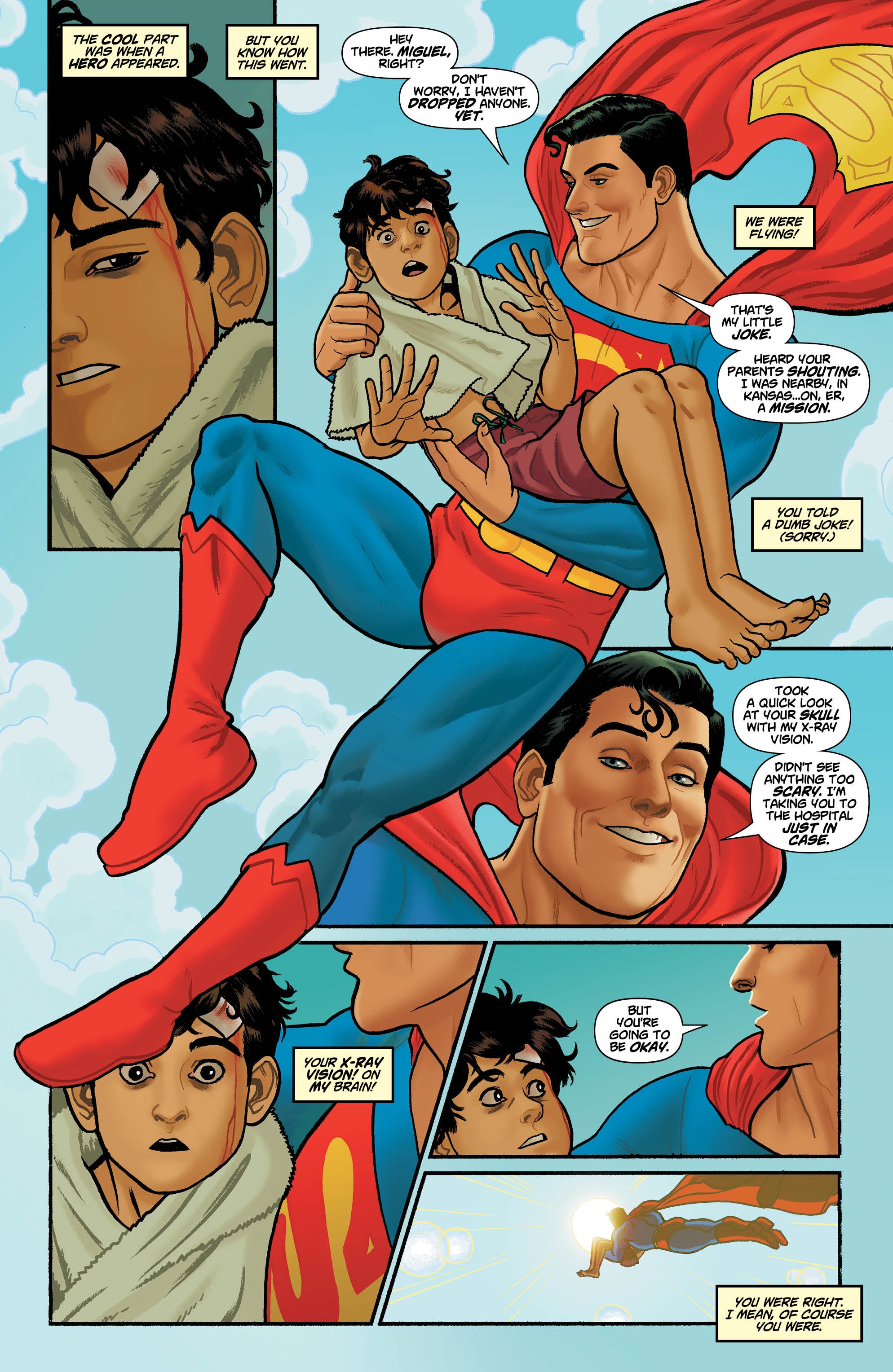 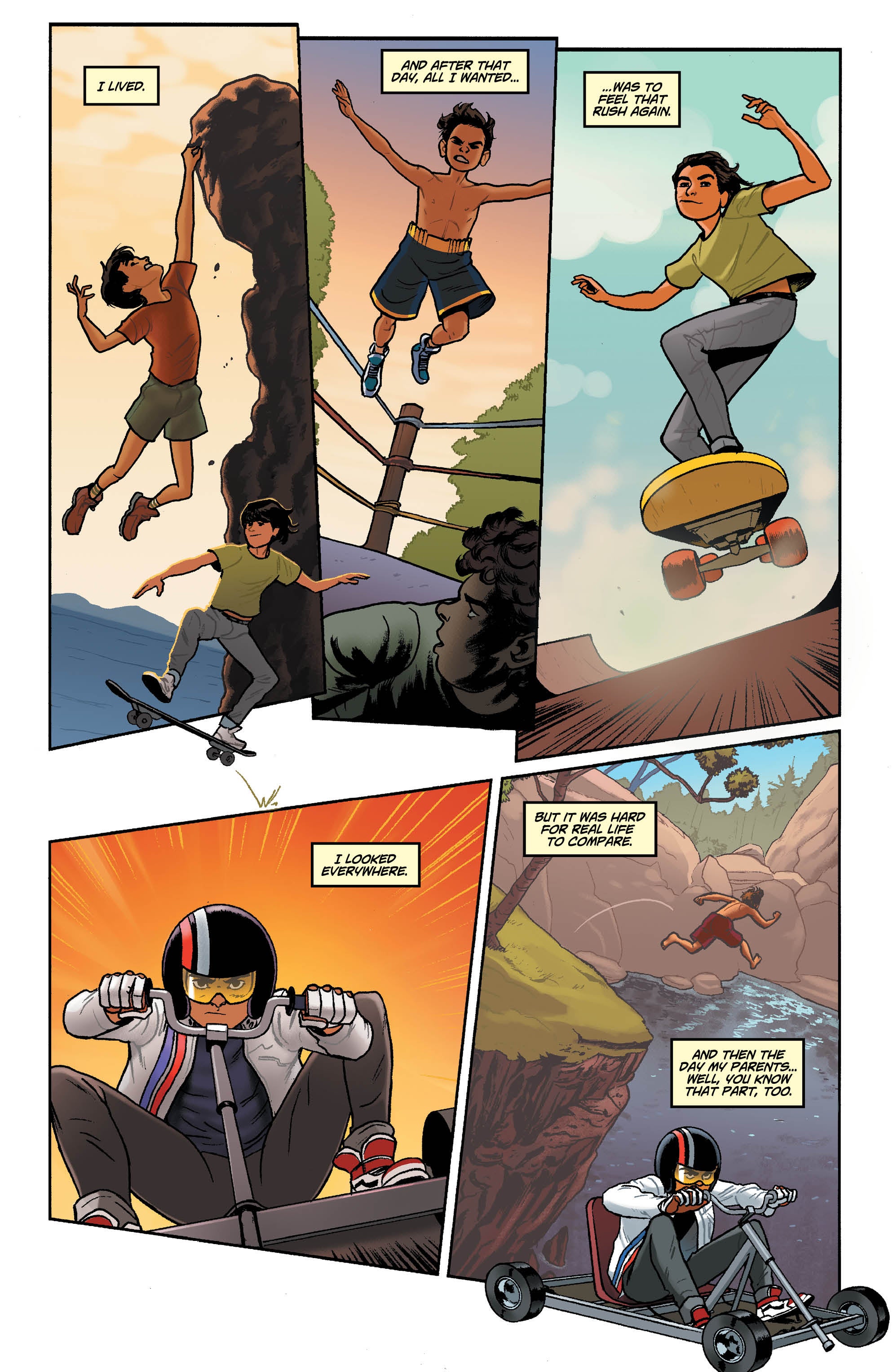 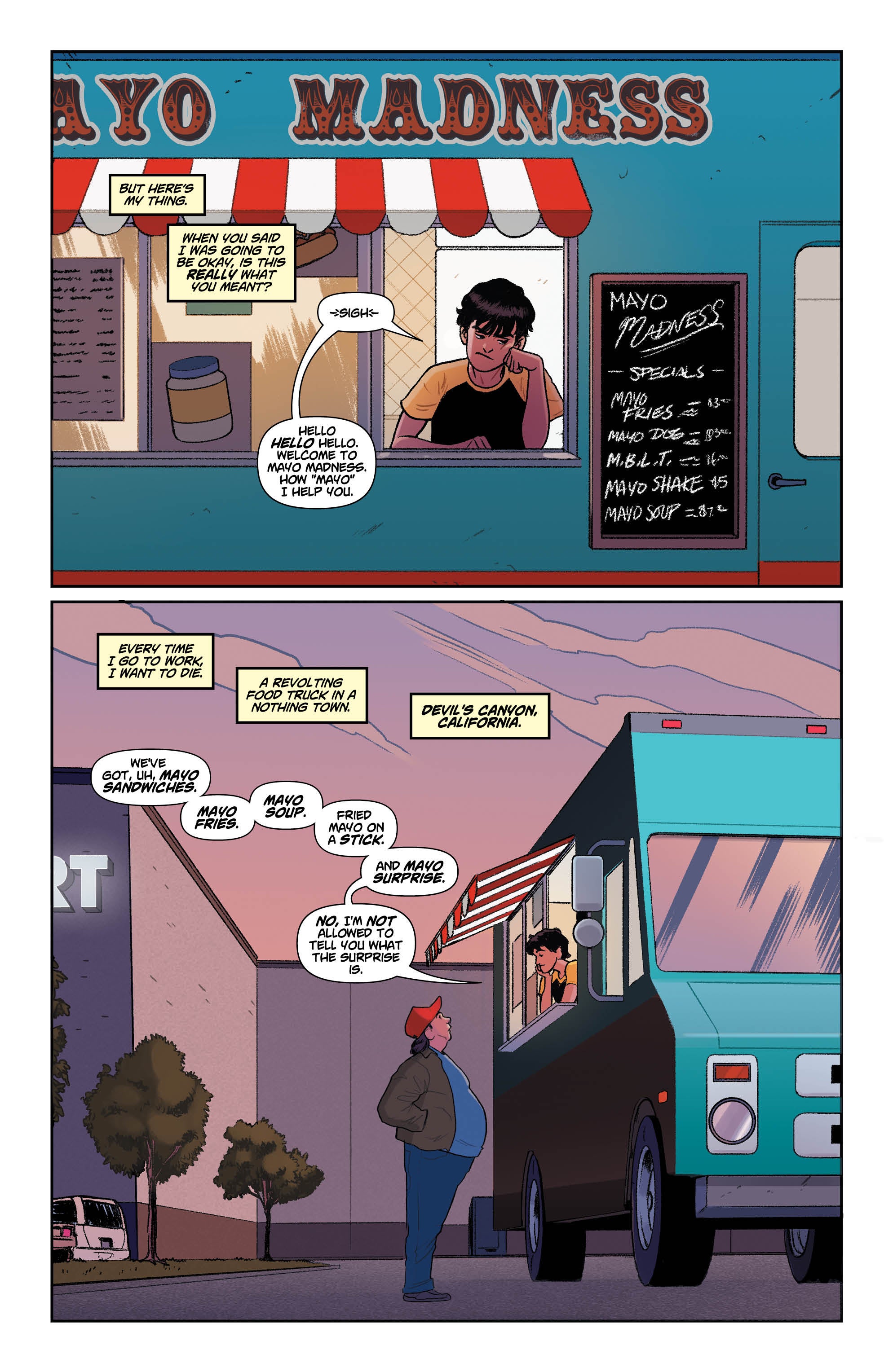 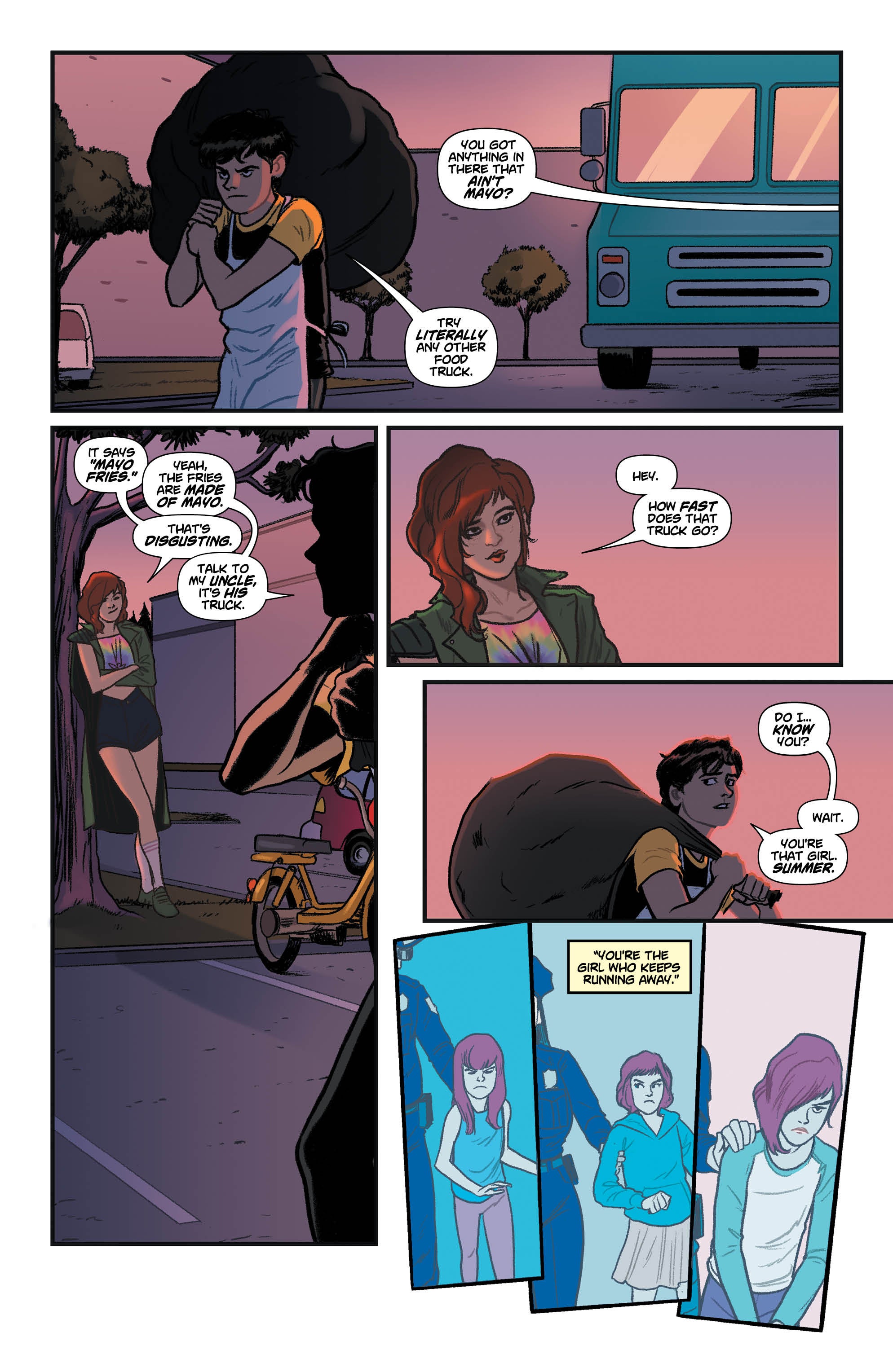 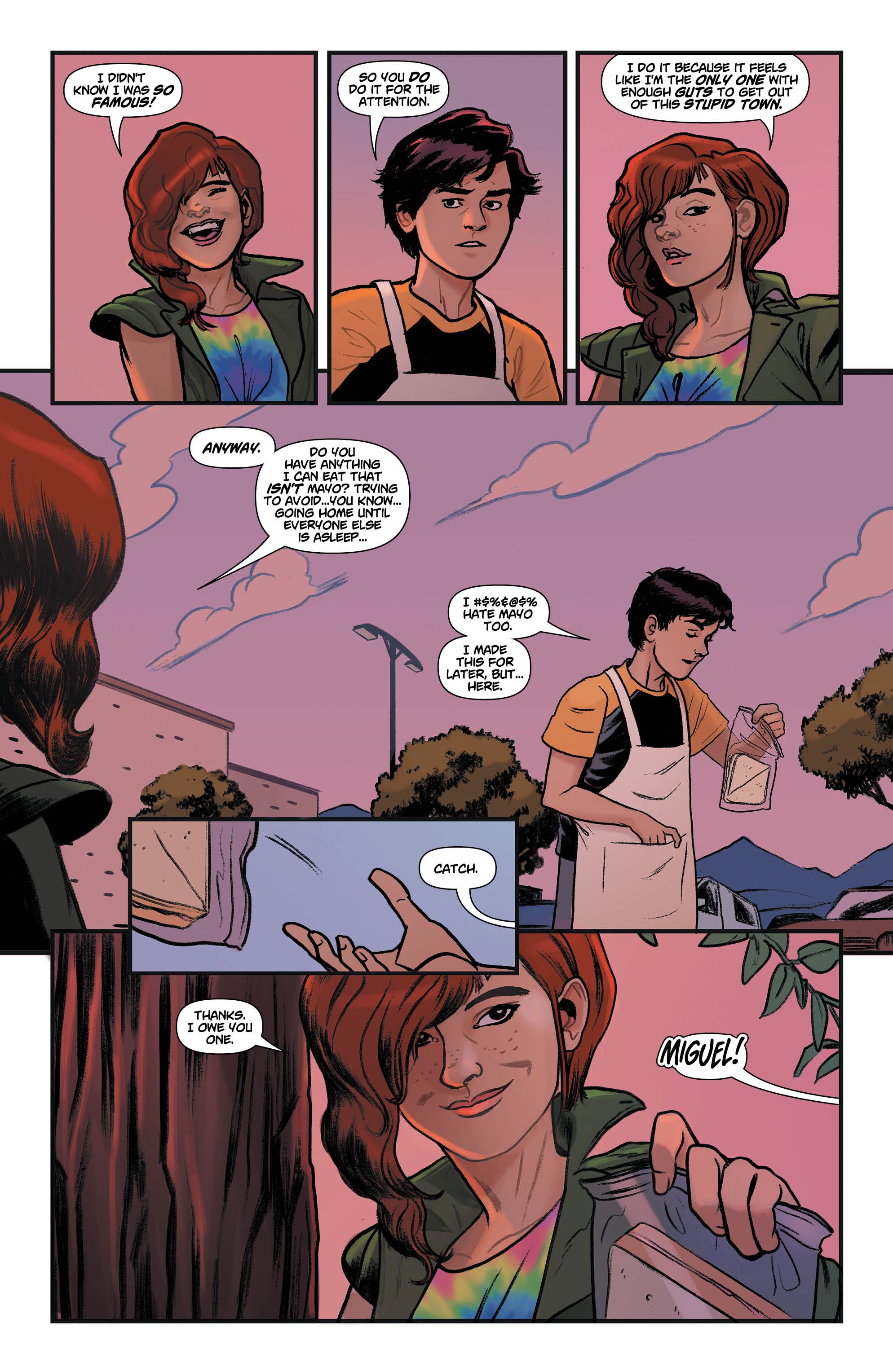 io9: Dial H has this huge legacy at DC. It’s been around for a while—what is it about the latest relaunch that really sets this new era apart from what came before?

Humphries: Well, the great tradition of Dial H for Hero is that anybody can pick up that H Dial and become a superhero. And you see that on the page, where you follow it from run, to run, to run, because we’ve seen all these different characters pick up the H Dial and see what superpowers mean to them. See what transformation means to them. See what identity means to them.

This run continues that tradition because we have two new characters—we have Miguel and Summer—they end up with the H Dial on their hands. And one of the angles Joe has taken with this book is that when a character on the page dials the H Dial, and when they transform, the comic itself transforms as well. The reading experience becomes transformed by the H Dial, and we’ve seen that in the first issue when Miguel turns into Monster Truck.

Quinones: Right. It’s like we’re running down a hotel hallway and peeking in all the doors. It’s a different scenario for every room. Totally different feel, totally different book. For me, I think that type of stuff is a big departure from what’s already been done for the various incarnations of the book. Just, really exploring the ways in which we can play with the form of comics—not with the visuals, at all—storytelling. Sam is telling the narration differently, based on the transformation that’s happening. And I hadn’t really seen that before. I think it’s fun and new.

Humphries: Yeah, and the styles we’re adapting, they’re not limited to superhero comics — they’re not even limited to American comics. So we’re packing the book full of wild cards.

io9: You briefly mentioned the dial has a new owner in Miguel. Can you tell us a little about him and where we find him when we come in to the series and he first encounters this incredible device?

Humphries: Yeah, he’s a teenager in a tiny town in the middle of California. And he’s stuck in a horrible situation in terms of — he’s suffered his uncle and he’s working in this shitty food truck…and his desire to escape manifests itself in all these daredevil-like maneuvers, like bike jumps and backyard wrestling and all that stuff.

So it is, for somebody like him, the H Dial is the greatest…it feels like if you grew up, and the cool kid on your block was driving this crazy hot rod, and “man, if I could have that hot rod just for an hour…” but imagine it wasn’t the coolest kid on your block, it was Superman.

And it wasn’t a hot rod — it was super powers! Like, if you had this ability and this device to give you super powers for an hour, it wouldn’t just represent escape, but transformation. And that’s where Miguel and Summer are at the beginning of this book.

So when he gets the dial, he just rushes it…then comes to realise anyone can use it and this power and weight he has to deal with, where it really matters they have the dial in their possession.

io9: What was the collaborative process like coming up with all these new designs, styles and influences you wanted to bring to the book as a team?

Humphries: I think it was just like, once we decided we were going to do that, then it was just us indulging in our own fandom.

Quinones: A lot of the books that we grew up and loved coming into comics, we were like, “Oh we got to do this guy and that guy” and just taking us back to that kind of pure fun and joy of creating comics—just repackaging that for the book.

Humphries: Yeah. Joe and I came to this book already having nerded out about comic books and superheroes together for hours and hours. So, in some sense the collaboration began years ago and continued, in slow motion, over time.

There’s a minimum one new superhero per issue. And the great thing about it is because the superheroes only last for an hour, they don’t have to make sense like they do if you’re creating a new character for a solo book. They can be crazier and weirder and more surreal, because you’re with a publisher who expects to sell these for 30 or 60 issues, so this is really an opportunity for Joe and I to indulge in our own fandom and do things we couldn’t get away with in any other book. 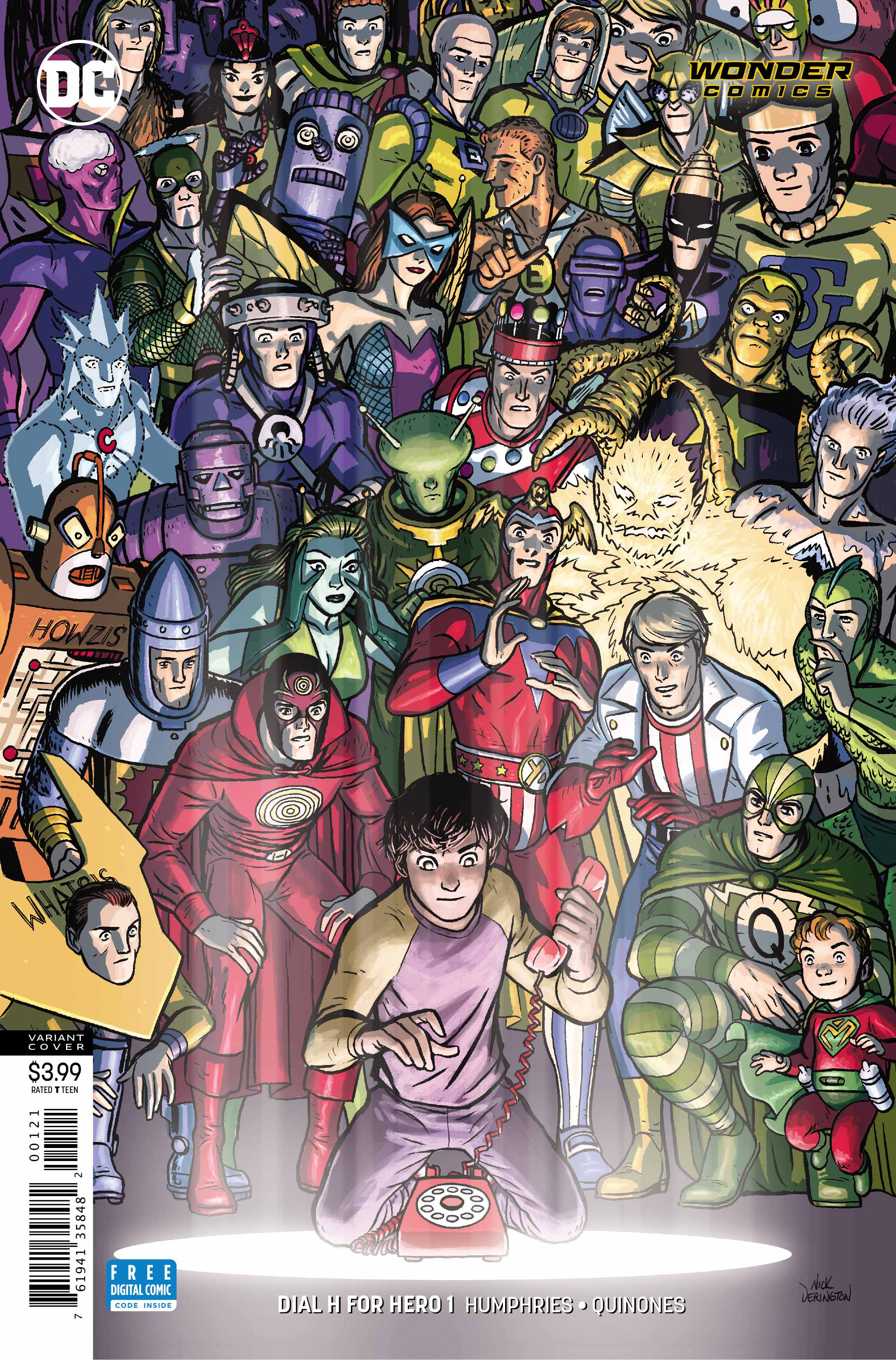 io9: Dial H as a celebration of “anybody can be a hero” feels timely right now, especially given—I know we’re on a DC call here and I might be treading on blasphemous ground—we’re in a post Spider-Verse world. Was it important for you guys to tell that kind of story with Miguel and Summer?

Humphries: Well, it certainly seems to be in the air, because we were well into production by the time either of us saw Spider-Verse. We both loved Spider-Verse as a lot of people do, but one of the great things about watching it is that Joe and I were already wrestling with these questions—not the just the message, but like, “can we get away with having multiple art styles, not just in the same comic, but on the same page? In the same panel?” And seeing Spider-Verse pull it off so well made me feel very, very excited about what we were working on.

Quinones: That’s so much of a joy, that, similar to Spider-Verse in that way, but also unique from the movie is that it’s in the form of comics, you know? Spider-Verse is an adaptation. It’s an animated movie with a certain look you have to adapt for a CGI movie. But this is literally comic art. Like, not a 1:1 adaptation of this or that. But yeah, that’s definitely the joy of it.

Every issue is solving another problem. And we don’t necessarily take from anyone, but artists will take a couple of things and kind of make an amalgam? But that’s, I think, a lot of the joy of it. To take the essence of what we’re doing an homage to or a pastiche of and have it feel at once old and new.