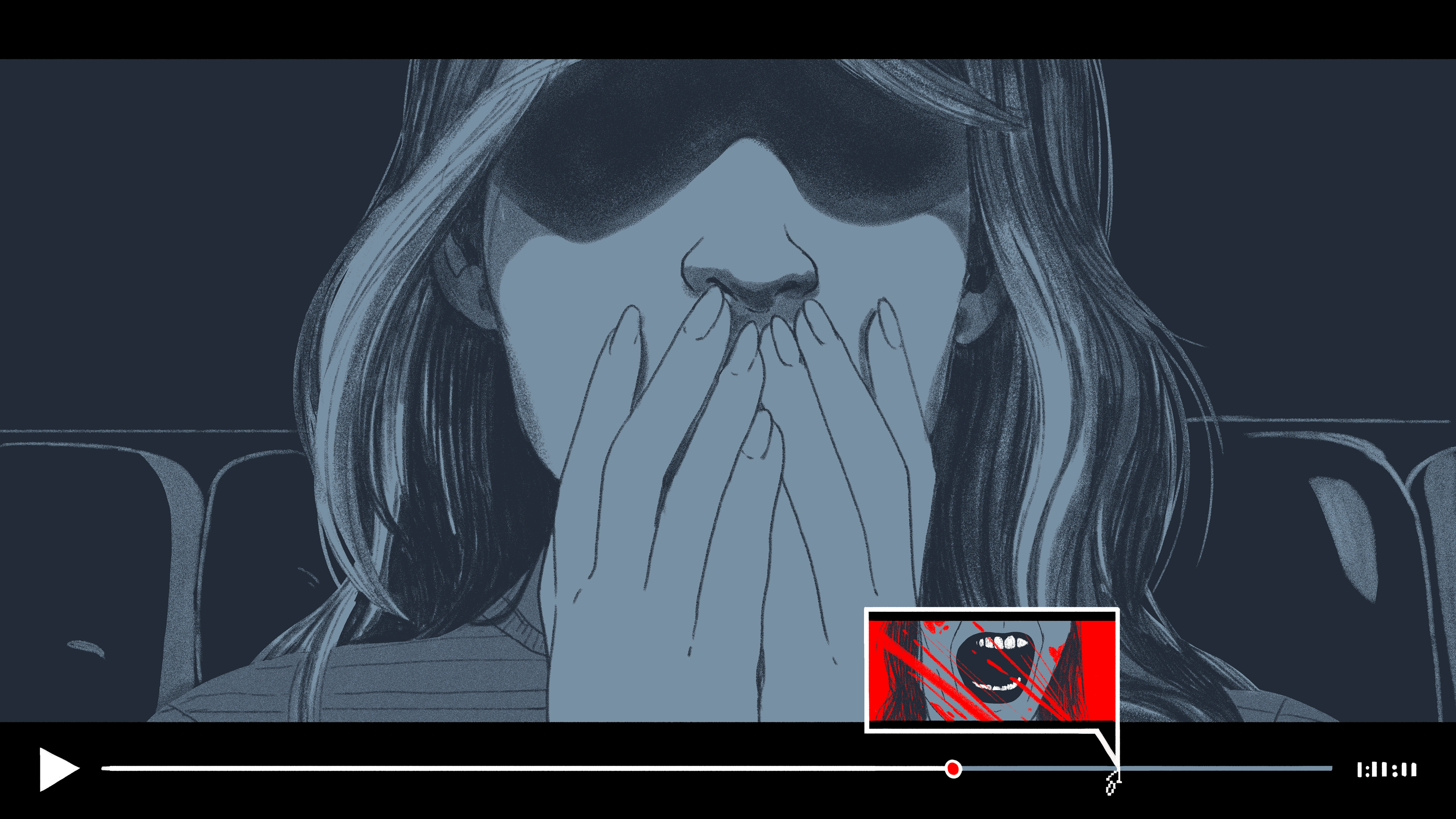 I wasn’t particularly interested in Bird Box. And then there were memes. There were so many memes, my god. So I became interested insofar as I wanted a little more context to understand what people were laughing about. But based on the Wikipedia description and the trailer on Netflix, this was a movie that would offer a lot of tension with little reward. So I skimmed it.

“You SKIMMED a movie?” A friend chatted me. Yes. As I was watching, whenever it felt like something jumpy or terrible was going to happen, I hovered over the scrubber and previewed the scenes, fast forwarding to the point of temporary resolution, or else watching without fear because I’d already spoiled what was going to happen.

Had I been watching this with someone else — either huddled in bed on a laptop or with friends in a theatre — I would have relished in our shared unease. I may have viewed some parts through the slits of my fingers, but I would have watched. When I’m watching stuff on MacBook alone in my apartment, I don’t enjoy being on edge as I watch a movie with lots of gratuitous tension. I hate watching characters make a series of predictably bad choices. I don’t like to be uncomfortable. So I skim.

I’m an innately and deeply anxious person, but I’m still fascinated by horror and suspense. I relate to the Ringer confessional in which the author describes reading descriptions of terrorizing films on Wikipedia rather than actually watching them.

I do this as well, but for shows and movies that dance the delicate line between being wholly terrorizing and just featuring a few particularly terrorizing moments, I can consume the content mostly as it was intended, with just a little skimming.

You might argue that stripping a viewing experience of its suspense is a disservice to the creator’s intention to build tension. Perhaps it is. You might call me a coward. You are correct. Technology has afforded me an alternative way to watch suspenseful content in a more personalised way. Cowards want to be a part of the zeitgeist, too. We just have to be scrappy about it.