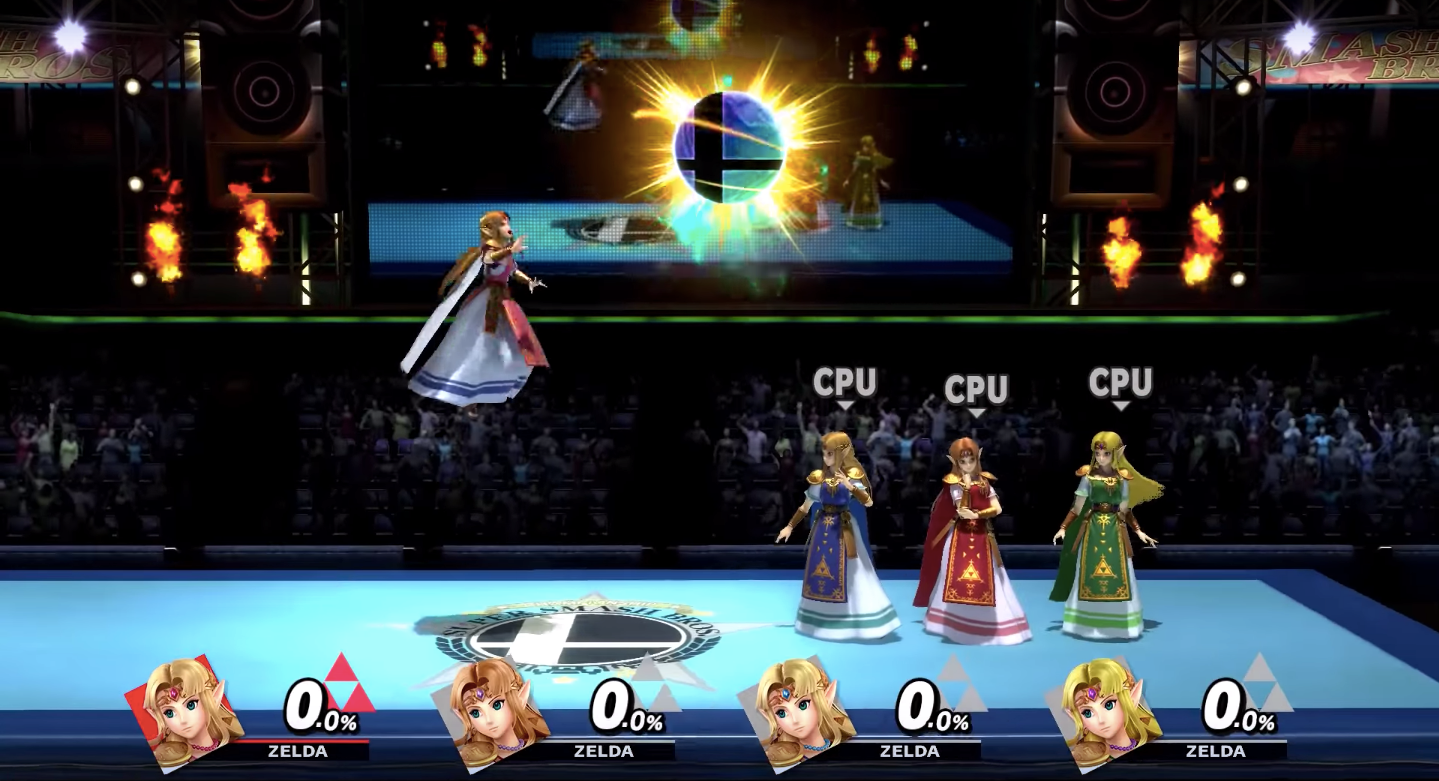 The finals for the Smash Ultimate North America Open kick off at 4:00AM AEDT, live at PAX East in Boston and streaming on Nintendo’s YouTube.

This is a Nintendo-sanctioned Smash tournament, so the rules are less strict than your typical competitive Smash tournament. Items will be on (albeit set to “low”), and so will the Smash Ball.

The event will be made up of five-minute rounds instead of stocks. Also, the tournament’s 12 finalists have been divided up into four groups of three and will compete in a double elimination bracket of three-versus-three team battles.

There’s also no prize pool. The three members of the winning team will instead receive a “collectable item” valued at $US500 ($705). All 12 of the finalists already “won” the other listed prize, which is comped tickets to all four days of PAX East, as well as their flights and hotels.

Few of the 12 finalists have any significant name recognition in the Smash scene, perhaps due to the unusual format of this 3v3 no-stock tournament, not to mention its lack of prize money.

A couple of the finalists, Seth and Wrath, are known quantities; they’re both former Smash Wii U competitors who’ve since swapped to Smash Ultimate. Another player to watch is John Numbers, who placed first in the 2015 Nintendo World Championships and as a runner-up in the 2017 Championships.

On the other side of the United States, NorCal Regionals in San Jose will run pools for a much more traditional Smash Ultimate tournament on Sunday at 7:00AM AEDT, streaming on the Team Spooky Twitch channel.

Tomorrow, NorCal’s Street Fighter 5 pools will stream on the CapcomFighters Twitch, where the finals will also air on Monday at 7:00AM AEDT. Here’s the full schedule.