Discovery Of A Secret, Fan-Run City Of Heroes Server Causes A Community Meltdown

It turns out that when superhero MMO City of Heroes was shut down at the end of 2012, it was only mostly dead. For six years, it was kept alive by fans on a secret private server. In the wake of that server’s discovery last week, the City of Heroes community has been thrown into chaos.

City of Heroes was an MMO in which everybody played as their own custom-made superhero—or villain, after the City of Villains expansion. When it was released in 2002, there was nothing else like it. Surrounded by an elven forest of self-serious fantasy MMOs, it brought some much-needed colour to the scene with a burst of high-flying comic-book action.

Though its popularity dwindled over time, diehard fans stuck around through countless ups and downs. In 2012, publisher NCSoft closed City of Heroes developer Paragon Studios as part of a “realignment of company focus.” Paragon fought to keep the game alive until the bitter end, but to no avail.

In this era of “Avengers,” “Endgames,” and “Robert Downey Jrs,” fans are all the more saddened that their favourite game didn’t survive to see superheroes turn pop culture into their personal playground.

Word of the secret City of Heroes server—run by a group calling themselves the Secret Cabal of Reverse Engineers, or SCORE for short—first got out last week thanks to a now-deleted video by a player named Destroyer Stroyer.

For six years, the video said, a few thousand die-hard City of Heroes fanatics had been able to keep playing the beloved game despite its official shutdown, thanks to the server. Blowback was immediate and fierce. The City of Heroes subreddit exploded with threads from players who felt like they’d been “lied to,” who felt that they should have been informed so they could have suited up once again as their bitterly mourned superhero alter egos and gotten back into the game. 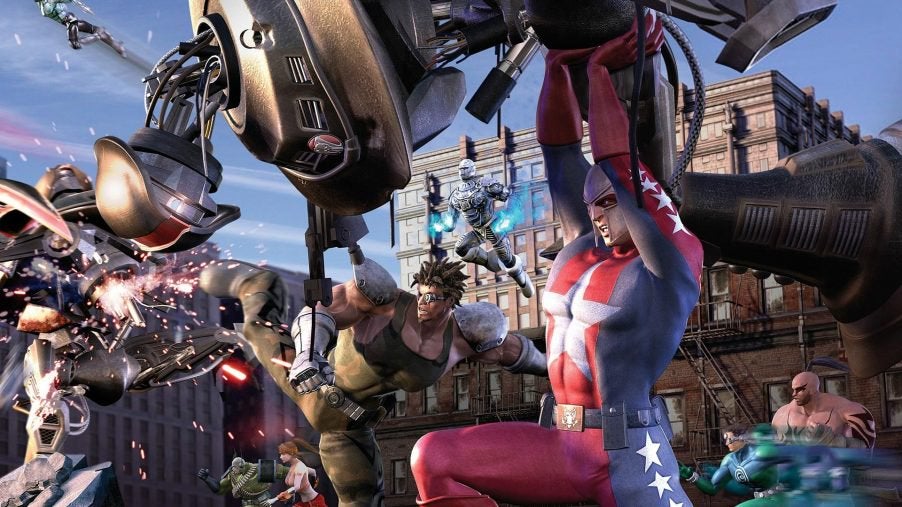 Following the release of the video, the City of Heroes private server team decided to release their server code to the public so that other people could also reverse-engineer their own servers.

However, the code isn’t exactly straightforward, and community programmers are still working to turn it into something anybody can run. To bridge the gap, SCORE programmer Leandro Pardini collaborated with members of the community on a public server, which went live at the tail end of last week.

It would have been a tidy ending to a messy situation, but it was not to be: Yesterday, the public server’s moderators shut it down due to legal concerns. Operating a server entails replicating NCSoft’s copyrighted game code without permission, which flew under the radar when the server was secret and private, but would have caught the eye of lawyers if it were open to the public. (NCSoft has not responded to Kotaku’s request for comment.)

“We are on a direct course for legal action,” a moderator who goes by the handle Voodoo Girl said in the City of Heroes Discord. “As such, steps must be taken in order to protect the people involved in this project, their families, and their futures. As with all of you, we are heartbroken. We wanted to see our City return, but to do so at the destruction of the lives of those involved is too great a risk to take.”

The public server’s project lead, named “Innocuous,” said in a Discord announcement that, despite the apparent need for a server shutdown, they were willing to fight back against impending “fuckery” even if it caused them “major legal turmoil.”

Leandro Pardini, the SCORE programmer, was taken by surprise. “I just got home and I am not fully aware of anything that’s been going on,” he said on Twitter at the time.

“While it’s true that there has been some form of contact with NCSoft, I am not willing to leave the community without a public facing server for however long they take to resolve this.” 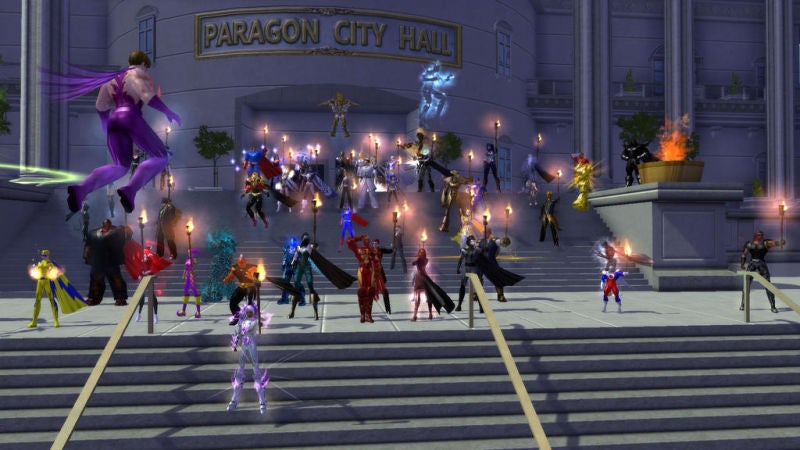 A few hours later, however, the team did a 180 and came to the conclusion that there was no imminent legal action coming after all. Innocuous chalked it up to “some fuckups that lead to mass server panic,” which partly stemmed from their own “inexperience.” The team then claimed to be working on getting another public server up. 24 hours later, they’ve yet to make any more announcements.

But the fallout from the revelation of the private server continued. On Monday afternoon, there was a mass exodus from the City of Heroes Discord. Hundreds of former members joined a new “/r/CityofHeroes Official Server,” saying that they were leaving the original one because Innocuous and company hadn’t been transparent during the initial hours of the public server shutdown.

They also raised concerns about the moderation of the Discord channel, saying that Innocuous had once turned down a person for a position in the Discord on the basis that they were openly trans. As part of their Discord announcement, the /r/CityofHeroes Official Server moderators provided screenshots that seemed to back up both of these assertions. Innocuous did not respond to Kotaku’s queries about this or other subjects, but did respond in a Discord DM to say that “we have a very good announcement coming soon.”

This splinter Discord group is also working on its own City of Heroes public server, but said they are “having issues with getting something compiled that will run in the current codebase” and don’t currently have a timeframe for when their server will be up.

All of this precariousness has served as additional motivation for people working to turn City of Heroes server code into something that’s more accessible and easily distributed.

It’s entirely possible that NCSoft may attempt to take legal action against these fan-run servers, but if anybody can make a server, the game will never truly die. It’ll be preserved in some form, which is sadly better than most defunct MMOs get in this day and age. (NCSoft has not responded to a request for comment.)

Update – 9:15 PM, 4/23/19: The Titan Network, a long-running group of City Of Heroes fan sites, now claims to be “in talks” with NCSoft about a community-run server. “Things are looking positive, so stay strong,” said ParagonWiki head Tony V on Twitter. “We don’t have a timeline right now, but we’ll provide more updates as soon as we can.” 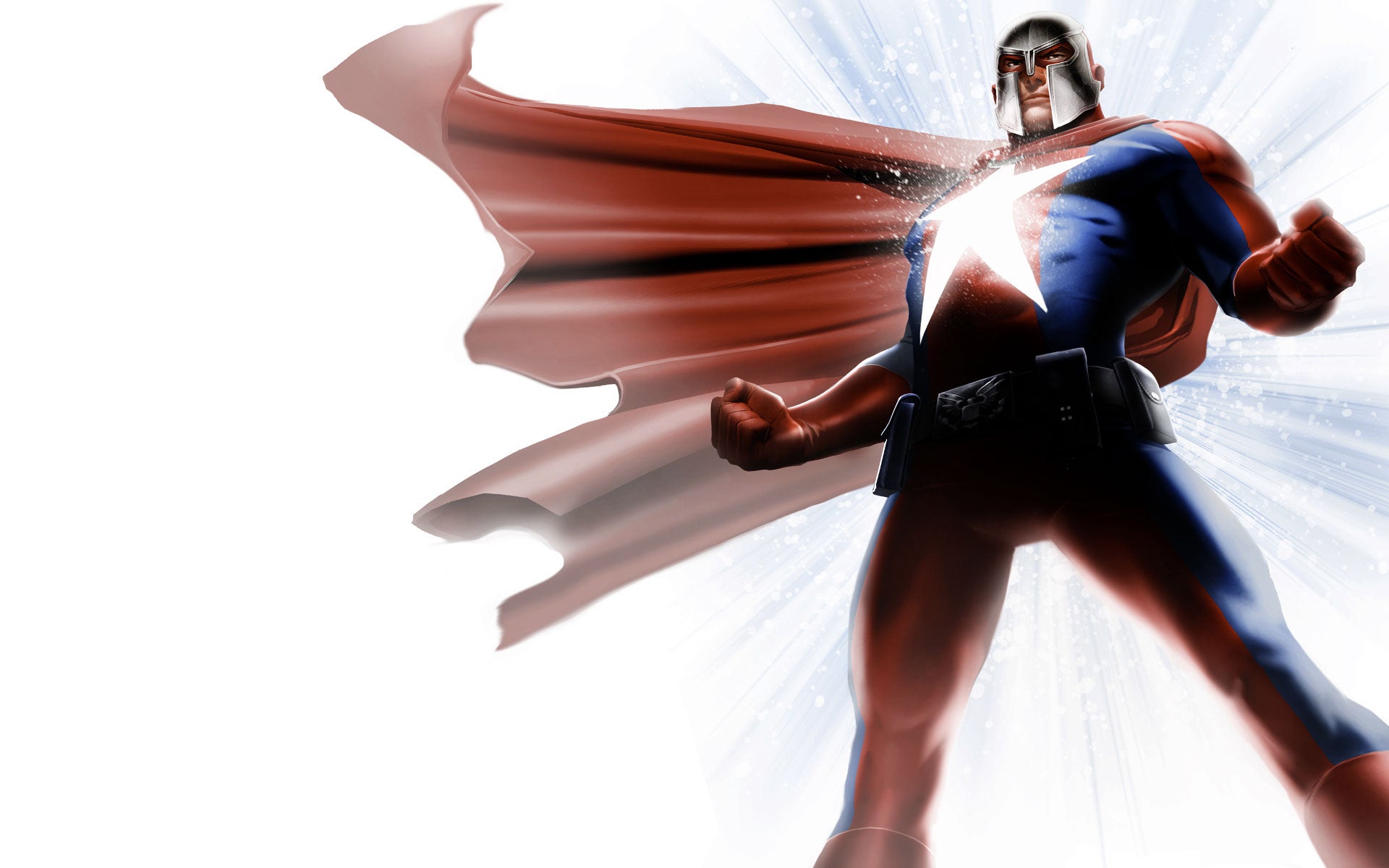 At this point, nobody’s really sure what’s going to happen, but many fans are hoping the drama will pass so they can just play. Others are thankful they got to revisit their old virtual home, even if it was only for a weekend.

“I want to thank everyone that took these risks to make this weekend possible, and hopefully we can work our way towards being able to play on private servers in peace in the future,” said a player named GnawerOfTheMoon on Reddit.

“For a little while, at least, I got to play my old Storm Defender again and fly around zapping bad guys, and it was excellent. See y’all in some other Atlas Park soon, I hope.”