To be mortal is to know that one day, no matter how hard you try to run from it or believe that it won’t, death will come for you, and it’s in your best interest to make peace with that fact.

For understandable reasons, many people struggle to accept death, but both the heroes and villains in this week’s best new comics are actively going after it for very personal reasons. 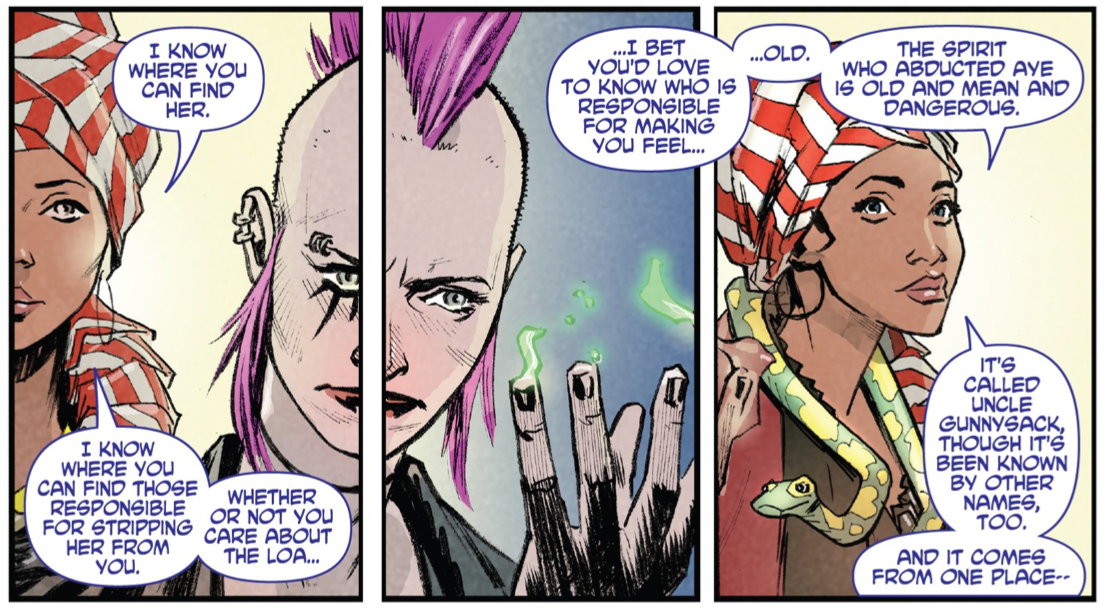 There’s a very explicit kind of appropriation baked into the premise of Valiant’s Punk Mambo, about a white, English punk who practises voodoo with the help of a powerful death loa she’s captured and bound to herself.

Victoria Greaves-Trott ignores the traditional rules of voodoo in favour of harnessing the magic for her own antiheroic purposes — and, because she tends to fight for the forces of good, there’s a degree to which she’s been able to skate by over the course of her history in the publisher’s comics.

But in her new solo series from writer Cullen Bunn, artist Adam Gotham and colourist José Villarrubia, Victoria’s confronted with the reality of her misguided use of magic when she’s torn apart from her loa and forced to rely on her own supply in order to figure out what’s going on.

Victoria’s path to better understanding and respecting voodoo is a clever spin on the origins of Maman Brigitte, the only death loa who’s traditionally depicted as a white woman because of her roots in Celtic lore that intermingled with that of Haiti’s black population.

Though Victoria’s the central focus on Black Mambo, it’s the powerful people around her (the majority of whom are black) who drive the story forward, and the tone of the first issue suggests that, by the series’ end, that’s something that’s going to have a profound impact on the hero. (Cullen Bunn, Adam Gorham, José Villarrubia, Valiant) 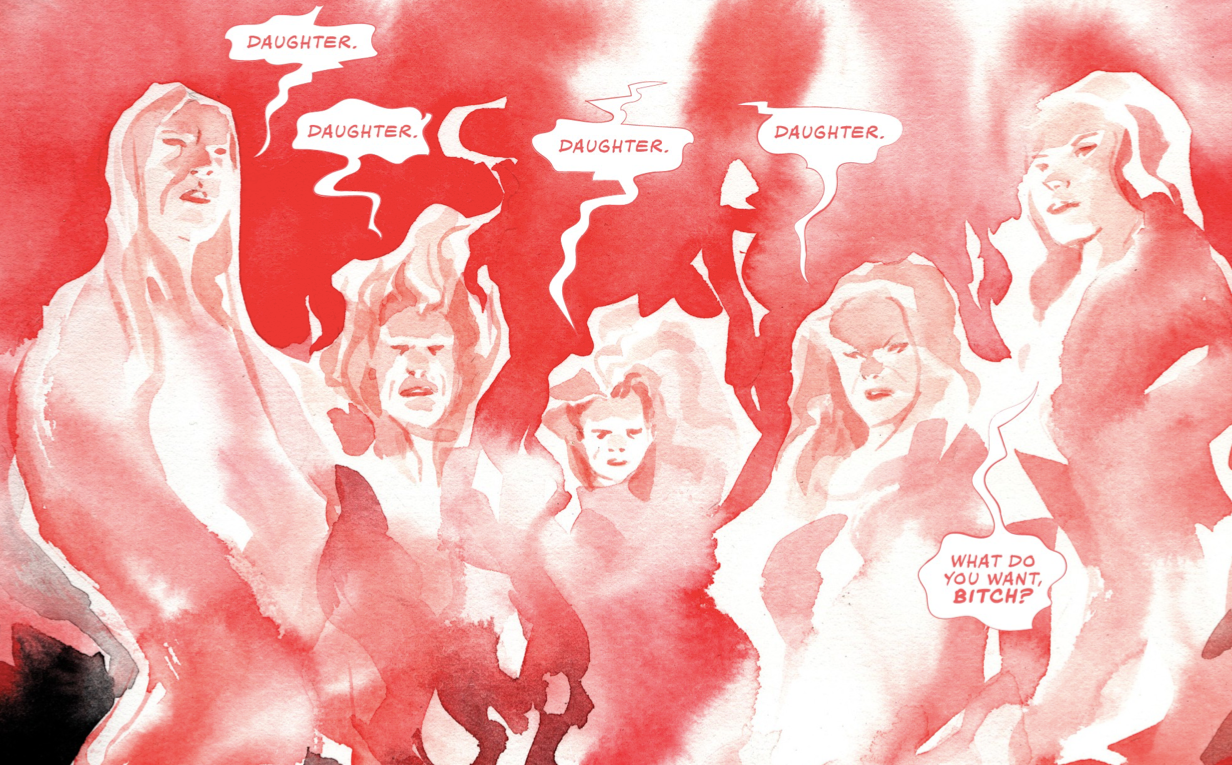 In the world of Image Comics’ Ascender from writer Jeff Lemire and artist Dustin Nguyen, a once-shining empire built through technological might has become a distant memory that’s being increasingly erased by the rise of powerful magic.

Set on the planet Sampson, Ascender tells the story of Mila and her father Andy, two outcasts who live on the edges of society in defiance of Mother, a vampire witch who rules the land.

Mother is a formidable ruler, but she understands that her grasp on power is a tenuous one at best that’s destined to be broken in time, as Ascender’s story about the balance between the world’s magic and technology unfolds.

Though Andy’s comfortable existing out of sight and mind, Mila longs to be part of civilisation, Mother’s oppression be damned — because even under her subjugation, there’s still a spark of hope and humanity in many of Sampson’s people.

Because Ascender is a continuation of Lemire and Nguyen’s Descender, much of the world feels familiar, but the series’ hard shift to fantasy from sci-fi puts everything into a new perspective, because the very concepts of what makes a person fearsome in this new world are fundamentally different. (Jeff Lemire, Dustin Nguyen, Image Comics) 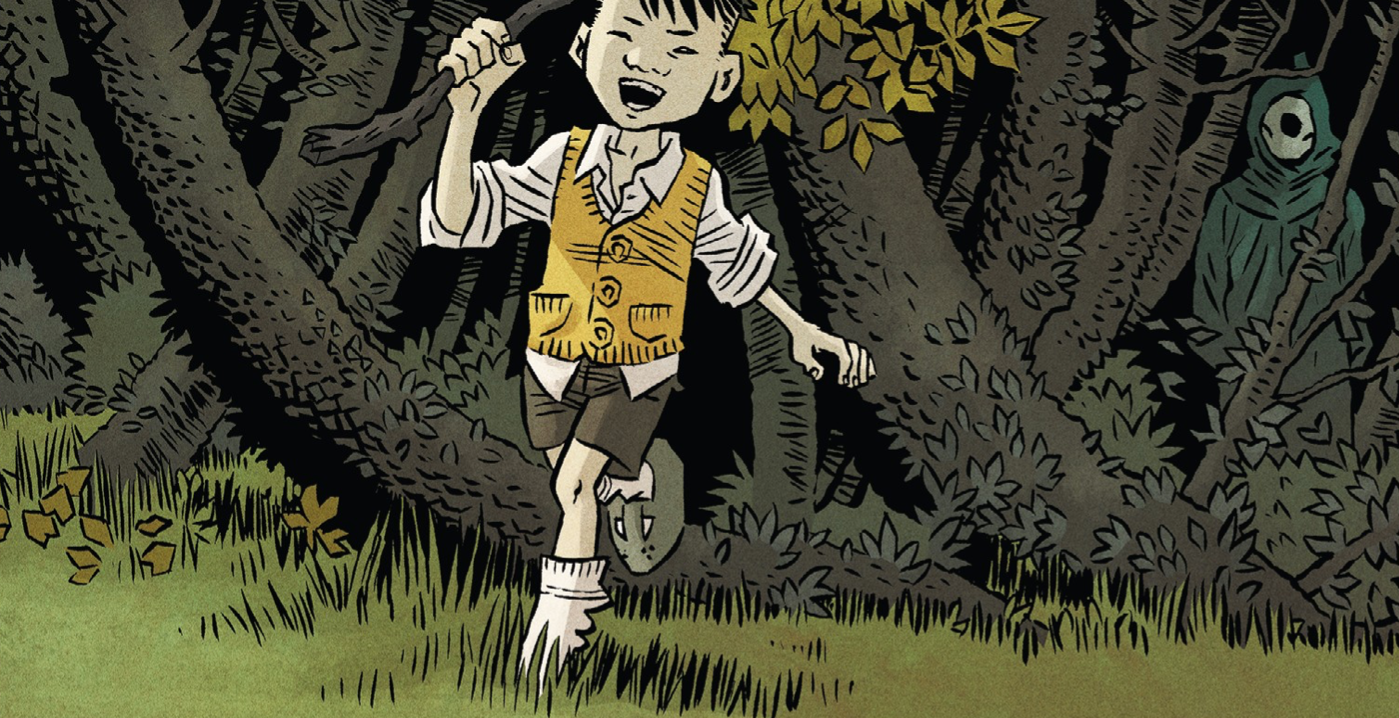 Returning to your childhood home as an adult can be an emotionally taxing experience. The past and all its ghosts come rushing back to haunt Brandt, the hero of IDW’s Ghost Tree — from writer Bobby Curnow, artist Simon Gane and colourists Ian Herring and Becka Kinzie — as he makes the journey from America to Japan to visit his elderly grandmother.

As a boy, Brandt would spend summers exploring the dense woods behind his grandparents’ home and getting lost in in the wilds of his own imagination. His life was much simpler then.

As an adult, he carries all the burdens and responsibilities that come with growing older, but being reunited with his family after so long reminds him of the peace and comfort he’d always felt with them as a child.

Buried deep in the recesses of Brandt’s memories, though, lies a promise he made to his grandfather involving Brandt’s return to Japan — and becoming involved in a supernatural family legacy that he isn’t at all ready to be part of. (Bobby Curnow, Simon Gane, Ian Herring, Becka Kinzie, IDW Publishing)