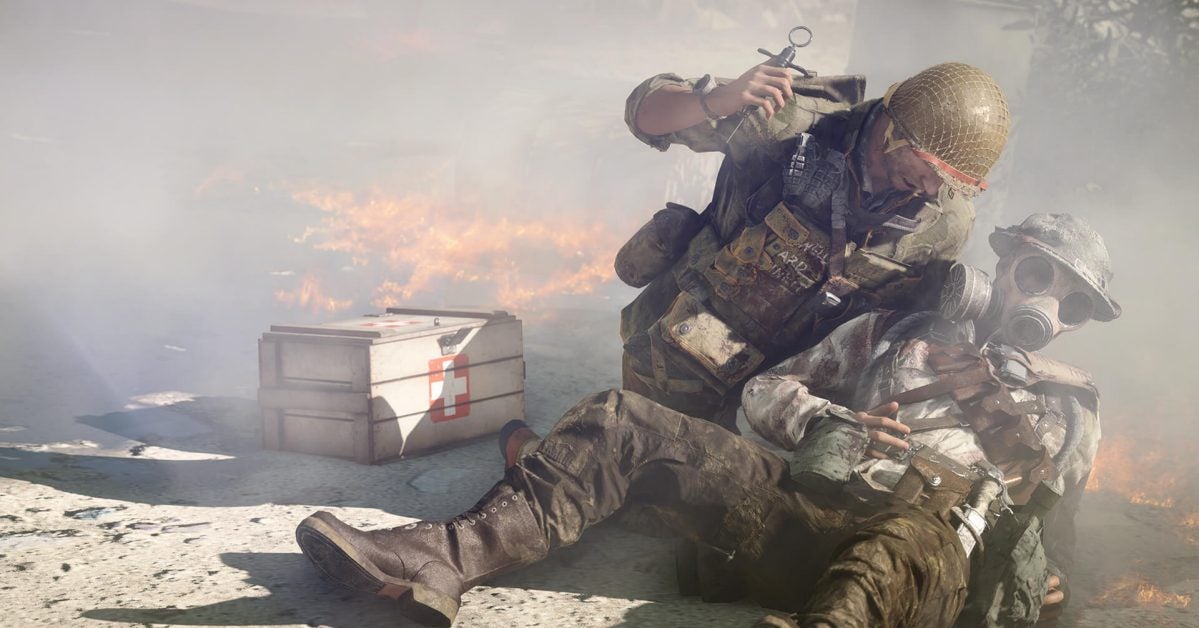 Since launch, Battlefield V’s been stingy with ammo and supplies. The game has a controversial “Attrition” system that limits the available resources for players in an attempt to force team cooperation, but also can lead to players getting trapped without resources. The latest patch adds changes to make resupplying easier and picks up the pace in a game that was already fast and frantic.

Battlefield V’s Attrition system creates an ebb and flow in ammo and medical supplies. In the beta, it severely limited how much ammo could be carried, and while the system was made less strict for launch, Attrition has always been a love-it-or-hate-it feature. For some players, the need to scramble to resupply stations or find teammates for resupply made Battlefield V feel more active. You’d rush to find your pals and made a desperate dash to pick up a fallen enemy’s ammo pouch.

For others, the struggle to get supplies was frustrating. Going solo was riskier, and losing momentum on a flank manoeuvre meant falling behind in a resource war instead of losing to better players. Attrition has been a big part of Battlefield V, but new changes that allow players more ways to restock and heal are altering the dynamic.

Today’s patch makes two key changes. The first is that players are able to restock their ammo or medical pouches from any player who has an ammo or medical crate equipped. Normally, players needed to grab supplies from designated points on the map or locations where these crates were dropped by other players.

This small but key change makes it easier to resupply while in the field, so long as another player has a crate equipped. It basically turns Support and Medic class players into mobile resupply stations, allowing other players to push positions and pick up spare ammo from their teammates.

This comes alongside a tweak to how medical crates work. Crates now have a small heal-over-time effect when carried or placed down. The range is only two meters, but this means that there’s a little more healing on the battlefield.

Placing a crate at key positions can help keep players alive. It’s not necessarily as effective as tossing out medical pouches for healing, but it’s still useful. More healing and more places to pick up supplies makes for slightly faster gameplay and fewer stalled offensive efforts.

Battlefield V opts for action-movie spectacle when it comes to gameplay, allowing players to vault walls quickly or fall down on their back and shoot their weapons. Attrition has always felt somewhat at odds with the fast gunplay. These new changes make ammo management a bit more like it was in previous games, adjusting a controversial system into something a bit more manageable.