Magic: The Gathering Arena isn’t the same as ripping open Magic packs with your childhood best friend on a sunny park bench, but it is the next best thing. The digital card game, available on PC, smooths down the coarser aspects of paper Magic games, making for an easy landing pad for newbies and a great user experience for Magic veterans.

Released in open beta last September, Magic Arena is the second video game adaptation to recreate the 26-year-old paper-card game. The first was 2002’s Magic: The Gathering Online, which, to gamers outside its dedicated fanbase or spoiled by Hearthstone’s delightful user experience, may now look clunky and unfriendly. Magic Arena is slated for a full release sometime this year, but right now, it’s a fully playable game that’s widely been well-received by newbies, lapsed fans, and hardcore players alike.

This piece was first published on May 15, 2019. We’re bumping it today for the game’s official launch.

Just like its paper-card predecessor, Magic Arena is — on its most basic level — a strategy game that has two players pit their Magic decks against each other. One loses when their health is depleted from 20 to 0 or when they attempt to draw a card after the entire deck has been played or milled. Card types include creatures, which can deal or block damage; sorceries, which cast spells; enchantments, which cast long-term spells; and more. To “cast” a card, players must have the requisite amount and colour of mana, Magic’s name for resources.

Last week, three researchers published a paper arguing that Magic is so complex that it could stump a computer. It is; at its highest levels, it’s a game of poker-like odds crunching, cold-reading opponents, research, and big-variable calculations. Deck construction relies on balancing powerful cards against the need for coherent, interlocking mechanics.

Luck plays its part, too. There’s a reason that hobby shops are still packed with players excitedly peeling apart packs at new Magic sets’ prerelease tournaments. The game has one of the highest skill ceilings out there with an enticingly low barrier to entry.

Magic Arena is pushing that barrier to entry right into the ground with its clear emphasis on accessibility, riding on the heels of Hearthstone’s success. I’ve played Magic casually since college and, over the last two years, started regularly attending tournaments in hobby shops. Magic Arena’s digital environment has been nurturing enough to help me start taking the game seriously.

Magic Arena streamlines tedious aspects of physical gameplay while lengthening the ones that inspire deeper strategy. For example, it helps to see opponents’ card layouts and create decks using the same card more than once. A more subtle feature is seeing each stage of combat made distinct. Arena separates each phase, making it possible to fathom subtle openings for instant spells or creature casting that even intermediate players may not have otherwise capitalised on.

Assembling decks is seamless, too, and people who were intimidated by paper cards now have less to fear. Magic Arena automatically sorts and organizes cards by colour, mana cost, card type, whatever, in a way that makes it easy for players to conceptualize potential strategies and combos.

Also in the category of user-friendliness, I love always being able to catch a game of Magic’s booster draft (where players assemble decks by taking one card out of a pack before passing it to the next person) and sealed deck (where players create decks using the contents of several new packs). Magic Arena has been a gateway for me to participate in these games without competing at a hobby shop and—I’ll say it—being the only woman in there. Typically, I played Magic with decks I’d hastily assembled with friends or official pre-constructed decks.

Often enough, that’s fun, but if somebody shows up with their arsehole goblin deck or their “mill all of my cards” deck, I don’t have a great time. Playing Limited—the name for those modes—whenever I want means constructing decks using the same card pool as my opponents and challenging myself to be as resourceful as possible. I prefer that to the Standard format’s tendency toward opportunistic mean-spiritedness. (Being the best in Standard, where players build decks with whatever recent cards they have in their collection, can mean haemorrhaging money on packs and single cards.)

A lot of fans are calling for publisher Wizards of the Coast to add more formats to Magic Arena. Currently, the main modes are standard constructed, sealed deck, and booster draft, ranked or unranked. Wizards will, in time. For now, I’m having a hard time tiring of the formats currently offered, especially since the current Magic set is so much fun. That said, it would be nice to pair up with a teammate for a two-versus-two game, and as it stands, Magic Arena does not currently have a friends list (players must “direct challenge” each other at the same time).

Nothing will ever replace the experience of exchanging part-time job money for a foil Magic card under glass at the hobby shop. That’s a sensory experience above all—well, almost all. Getting free stuff is a close second. Magic Arena, which is playable for free, is generous with its resources (gold and gems), for the most part. Players can use these to buy packs and participate in drafts. A 750-gem bundle for $7 lets you participate in a ranked draft that comes with three packs.

That same bundle of gems can be exchanged for three packs (600 gems) or card sleeves (600 gems). Physical Magic packs go for about $6 each. It’s not a bad deal, and Magic Arena offers players packs and cards just for logging in, playing, or winning, but the truth is that playing Magic Arena and spending no money means being either uncompetitive or very, very good.

Is that an issue? Not for people who play a lot of Magic. Cards were the original loot boxes. Microtransactions come with the territory. 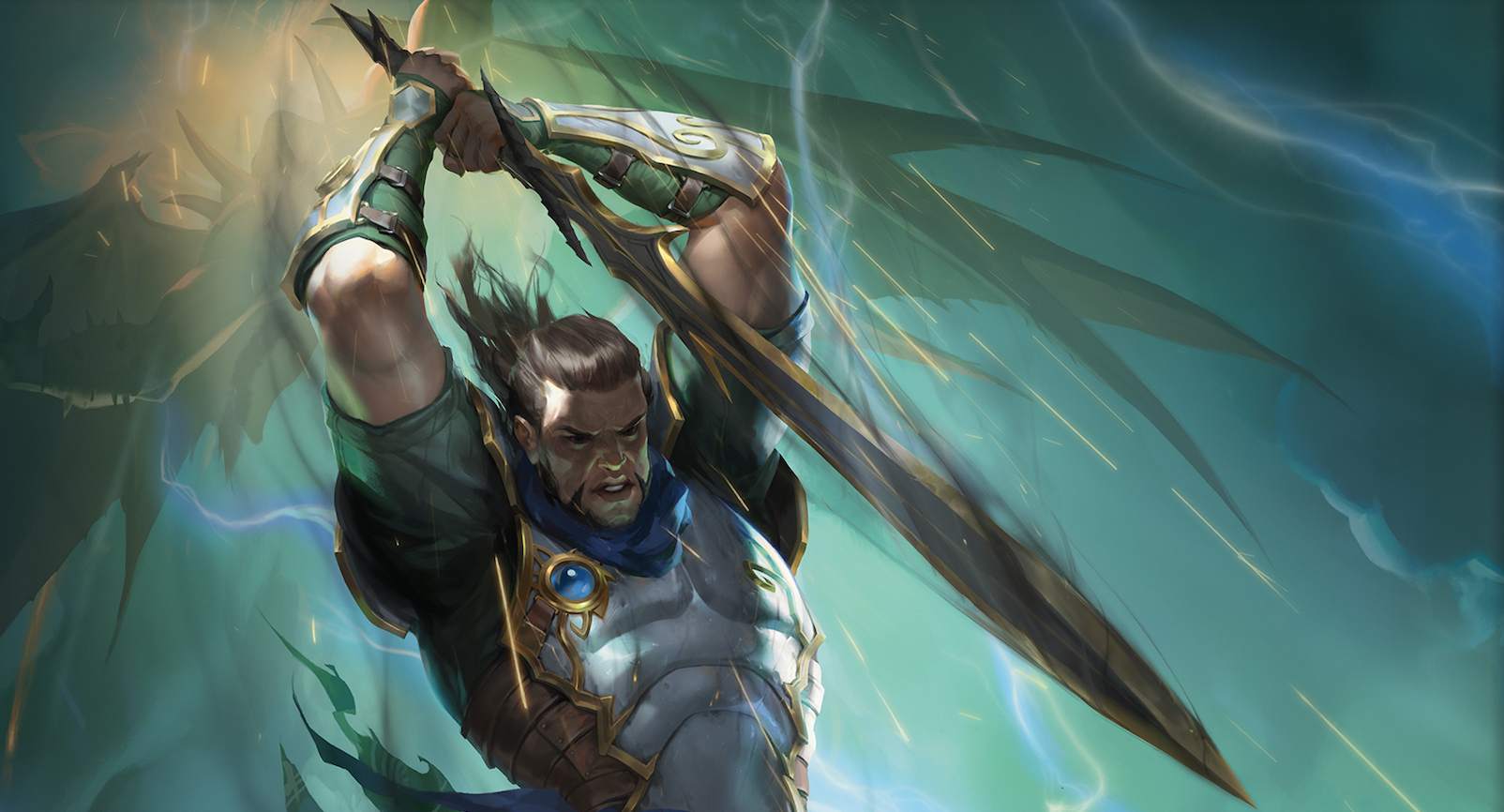 'A Beginner's Guide to Getting Owned'

I invested $7 in Magic Arena’s Welcome Bundle, which included five packs and had enough gems for a sealed deck with six packs. After winning several draft games, I earned enough gems to play in another draft without investing more money. When I didn’t do as well, I had to buy in again. If you’re somebody who immediately wants the best cards for the strongest decks, and you want to competitively play in the game’s Standard mode, you’re going to have to buy a lot of packs, but it’s still cheaper than paper.

The issue, of course, is that players can’t redeem paper cards they’d collected over the last 26 years in the game. In fact, few past sets are available at all — mostly ones from 2017 on. Reached for comment, publisher Wizards of the Coast said, “There is currently no plan to add the ability to transfer cards from paper to Arena, however, some physical Planeswalker Decks from stores have a code to redeem for that same deck in Arena and pre-release ‘Sealed’ play sets have a code for redemption in Arena.”

Outside of the game’s mechanics, Magic Arena has a lot of growing to do as it approaches its “full release.” Arena deserves more background art and better, more listenable music—both currently feel like afterthoughts. For a game that’s historically so loving of aesthetics, Magic’s new digital card game is a little sparse on the bells and whistles.

It’s impossible to predict what Magic Arena will mean for the paper card game’s future. That said, it’s easy to look around and see hype for the game snowballing alongside Arena’s release and the launch of Magic’s new esports league. For my part, Magic Arena’s pitch has finally gotten me hooked on a game I’ve been playing on and off for seven years.

Its ease of play makes the average Magic game more of a ballet than a stop-and-start football match. As most of its clunkier aspects game melt away, the heart of a card game that has nearly three decades’ worth of staying power shines through.