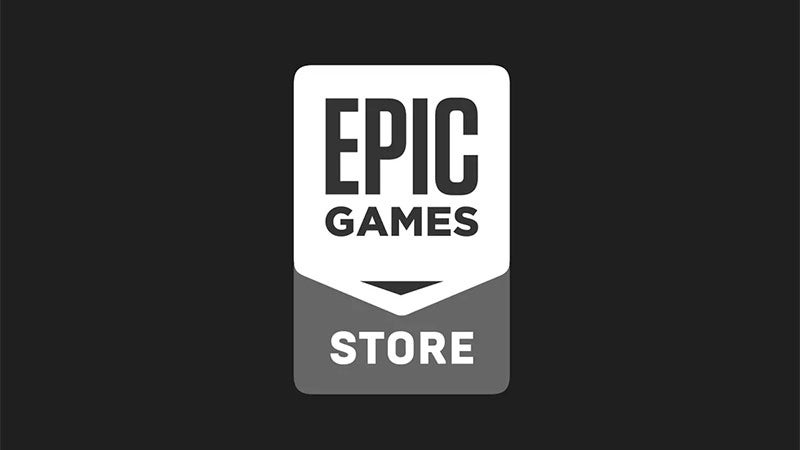 There are a lot of PC gamers, accustomed to buying and playing their games on Steam, who are not exactly happy at the way Epic’s new store has come in and started buying up exclusives.

In response to this, Epic founder Tim Sweeney has outlined in a lengthy Twitter thread exactly why his company is scooping games up, instead of just offering them for sale alongside every other store.

After initially tweeting earlier this month (above) praising GOG Galaxy, GOG’s attempt to build a launcher that worked across all major digital shopfronts on PC, Sweeney was met with a number of questions from fans, most of them wondering why he was so supportive of a rival store’s efforts.

In a direct reply to a user who had tagged him, Sweeney begins with: 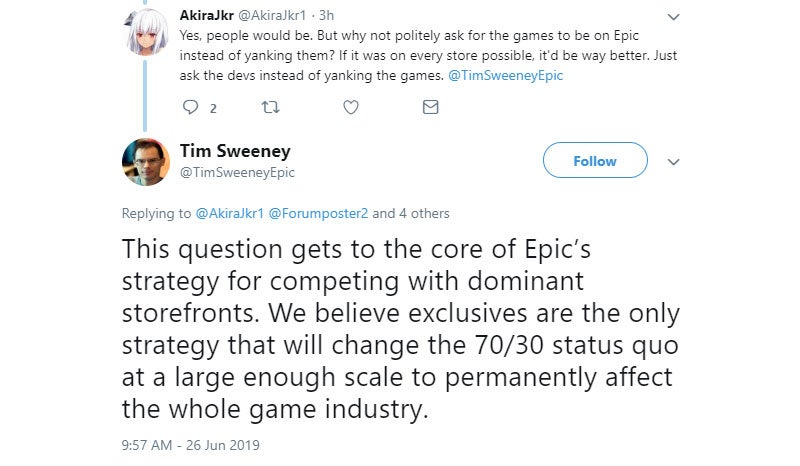 Before settling into a more detailed explanation:

This leads to the strategy of exclusives which, though unpopular with dedicated Steam gamers, do work, as established by the major publisher storefronts and by the key Epic Games store releases compared to their former Steam revenue projections and their actual console sales.

The 30% store tax usually exceeds the entire profits of the developer who built the game that’s sold. This is a disastrous situation for developers and publishers alike, so I believe the strategy of exclusives is proportionate to the problem.

Will the resulting 18% increase in developer and publisher revenue benefit gamers? Such gains are generally split among (1) reinvestment, (2) profit, and (3) price reduction. The more games are competing with each other, the more likely the proceeds are to go to (1) and (3).

Of course, there are LOTS of challenges along the way, and Epic is fully committed to solving all problems that arise for gamers are for our partners as the Epic Games store grows.

In short, he’s basically saying yeah, this is causing problems for some gamers, but the issue Epic is trying to solve is worth the hardship. Most interesting is what he says that issue is: it’s not necessarily for their own store to make money and become more powerful, but for Epic’s pricing model — which gives far more money to developers and publishers than Valve’s current split—to be implemented across the market, whether it’s driven by their own success or by rivals adopting a similar model.

That might seem potentially counter-productive; why would it not really matter if your own store survived or not? Then you remember that Epic sells engines as well, and that if Sweeney’s stated goal of seeing a rise in games development investment is achieved, then there’s going to be an increase in the licensing of the Unreal Engine along with it.

Whether you believe him or not is up to you, of course. The popular explanation for Epic’s exclusive-nabbing policy so far has been “exclusives = more users of our store = more money”, and it’s popular because that’s pretty basic (and believable) economics.

But if there’s one thing I hope we can all agree on here, it’s that it’d be great to see more powerful video game executives providing long and detailed explanations of company policies not in a conference call or powerpoint presentation, but to some rando on Twitter.