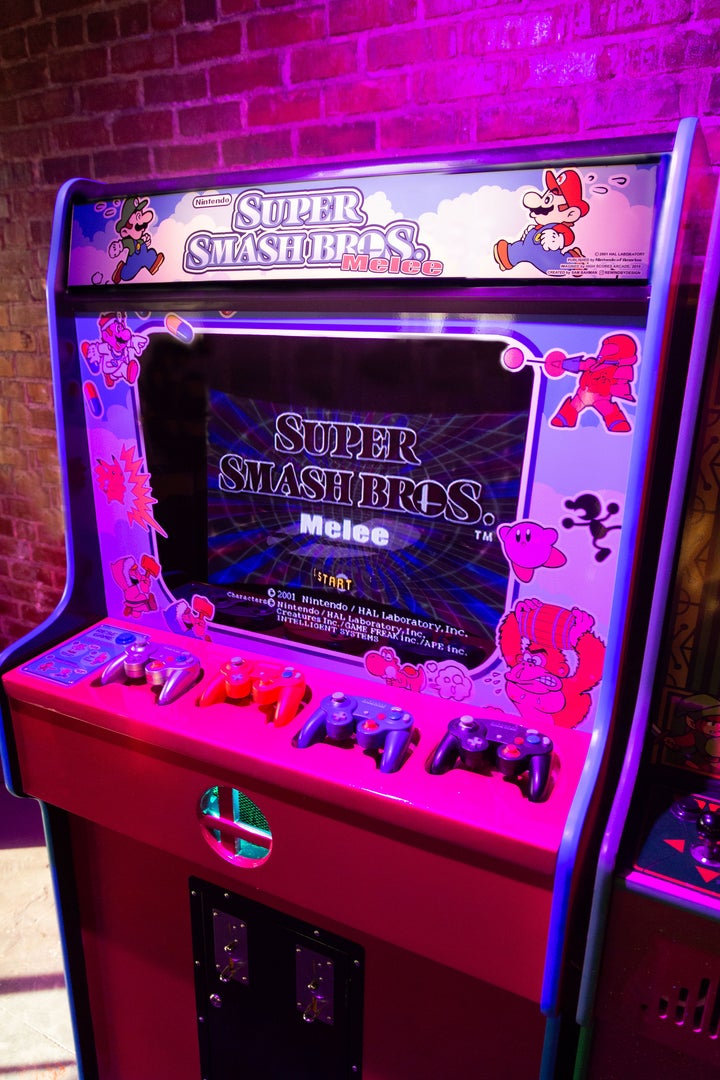 California’s High Score Arcade, which also has cabinets for Oregon Trail and The Legend of Zelda, announced this week that it has added a handmade Super Smash Bros. Melee cabinet. It’s red and blue with images of classic Smash Bros. fighters bordering its screen. But best of all, it has little homes for four GameCube controllers:

“Smash is one of those rare multiplayer games for consoles that successfully brings the spirit of being in an arcade home,” says Shawn Livernoche, the arcade’s co-owner, in a press release. “It invokes that same excitement for me as when I first played Teenage Mutant Ninja Turtles 4-player arcade with my best friend Anthony back in Trenton, NJ when I was 12.”

Does this mean Super Smash Bros. Melee is officially an old game? No matter — 125,000 Twitch viewers still tuned in during this year’s Super Bowl.