Competitive Super Smash Bros. Melee Is Back With A Vengeance This Weekend

this weekend in esports 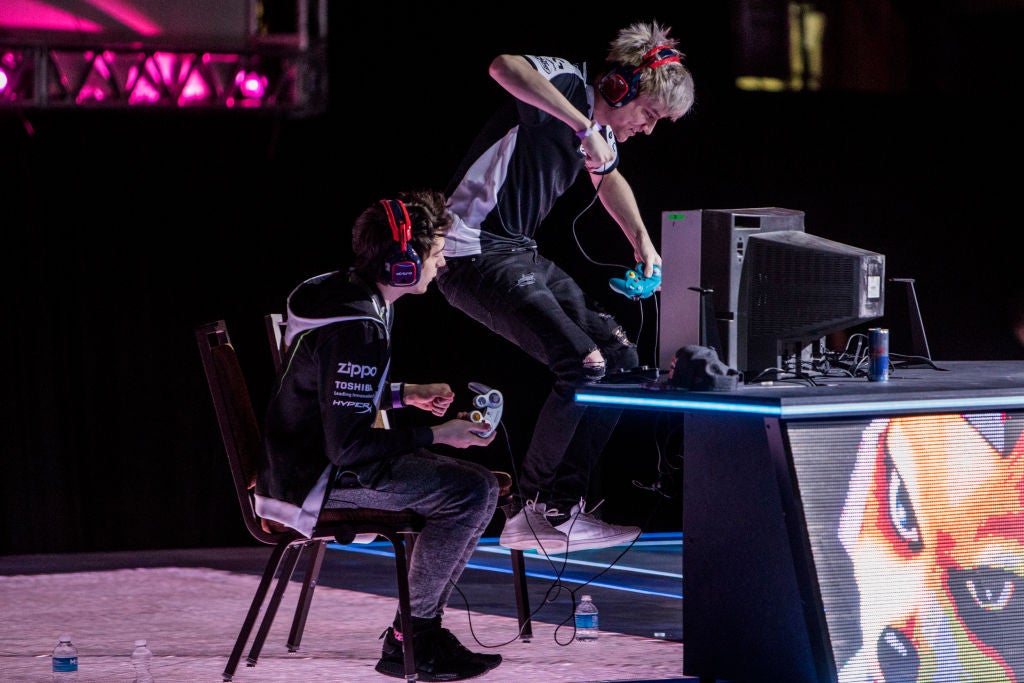 William ‘Leffen’ Hjelte wins Super Smash Bros. Melee grand finals at Evo 2018. (Photo: Joe Buglewicz/Getty Images, <a href="https://www.gettyimages.com/detail/news-photo/william-leffen-hjelte-celebrates-during-the-super-smash-news-photo/1011601264?adppopup=true">Getty Images</a>)
To sign up for our daily newsletter covering the latest news, features and reviews, head HERE. For a running feed of all our stories, follow us on Twitter HERE. Or you can bookmark the Kotaku Australia homepage to visit whenever you need a news fix.

If you were pining for some high-level Super Smash Bros. Melee after organisers cut it from last weekend’s Evo, the biggest fighting game tournament in the world, you can get your fix this weekend.

Super Smash Con’s Melee tournament, going on now in Virginia, is studded with crowd favourites such as Justin “Plup” McGrath, Juan “Hungrybox” Debiedma and William “Leffen” Hjelte, who won last year’s Evo championship. After the Evo 2019 snub, the pros are almost certainly primed for a fight.

Super Smash Con is hosting the second-biggest Melee event so far this year with 850 entrants. The biggest, Genesis 6, attracted over 125,000 viewers during the Super Bowl and over 1100 entrants.

Super Smash Con is also home to an enormous 2700-entrant Super Smash Bros. Ultimate tournament for those who favour Nintendo’s more modern platform fighter. After Leonardo “Mk Leo” Lopez Perez took down underdog Gavin “Tweek” Dempsey — a Pokemon Trainer player who had lit up the winner’s bracket — for Evo’s number one spot, you know he wants a rematch.

You can watch Super Smash Con on VGBootCamp’s Twitch channel all weekend.

In the meantime, the Overwatch League’s Stage 4 games roll on, with four games today and four on Sunday. Notable matchups today include the high-powered Hangzhou Spark and New York Excelsior at 2:15PM AEST, and the San Francisco Shock and Shanghai Dragons at 12:30PM AEST. Remember — the Shanghai Dragons took home the Stage 3 championship after a 0-40 season last year.

Yet there may also be some shake-ups as teams get accustomed to Overwatch’s new role-lock rule, which forces teams’ compositions to include two tanks, two damage-dealers and two supports. All of that’s on the Overwatch League Twitch channel.

As for me, I’ll be switching between the two games while ploughing through the first half of Fire Emblem: Three Houses. Not a bad way to spend a cold August weekend.