In the past few weeks, Rockstar has added three new PVP modes to Red Dead Online. Two of these modes aren’t that interesting, but one, featuring horses and shotguns, is a great use of Red Dead Online’s wild west setting.

Last month, Rockstar released a large update for Red Dead Online that added poker, along with more missions and numerous balance changes. This update also moved the game out of beta. Since then, Rockstar has made small updates that have added three new PVP modes: Public Enemy, Head For The Hills and Sport of Kings.

Public Enemy and Head for the Hills are fine PVP modes where players try to kill a player who is marked as a target and try to escape to a location while others try to stop them, respectively. Though I did like the moments of utter chaos that can occur in Head For The Hills, I’m not itching to play more of these two modes. 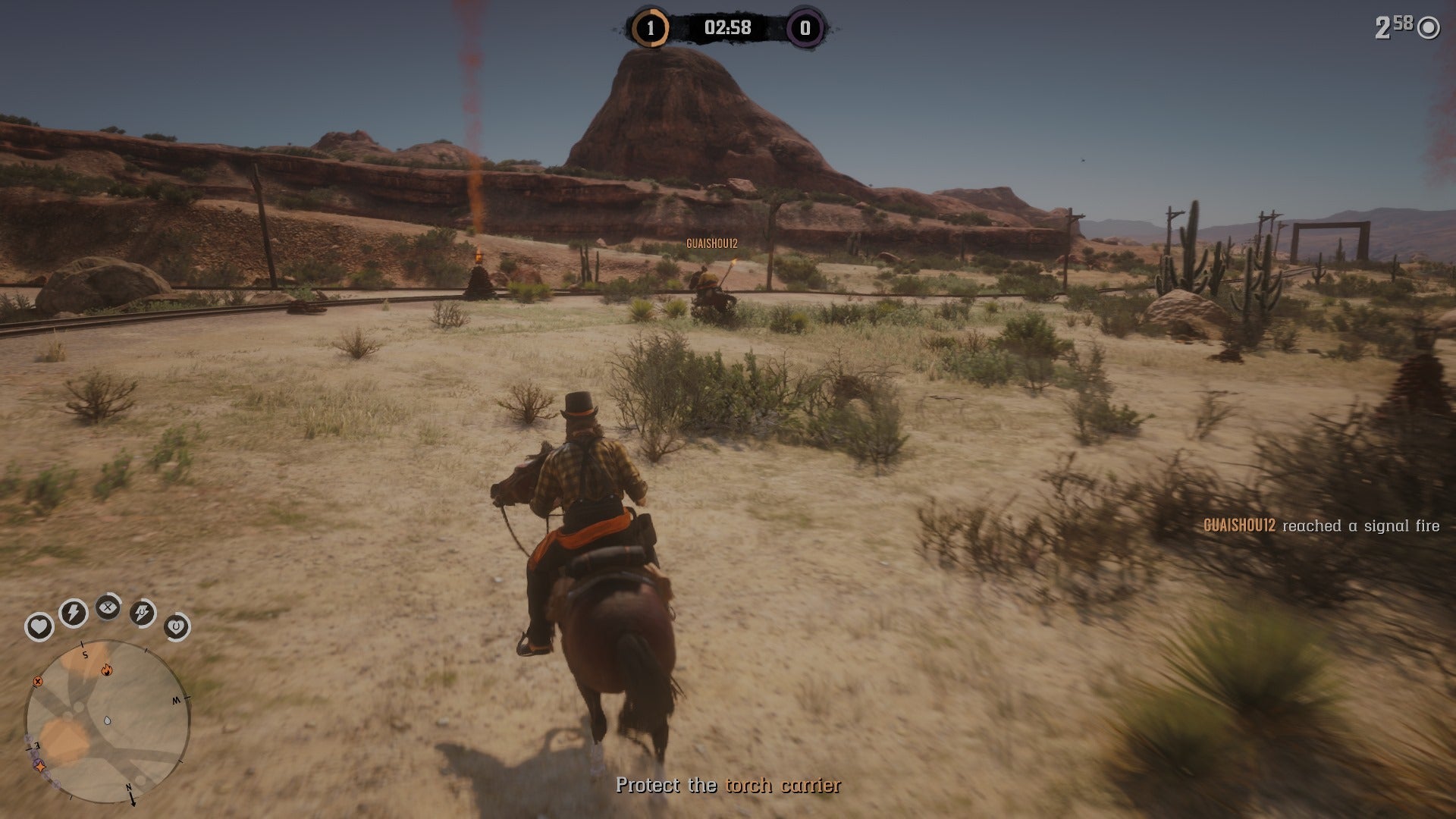 In Sport of Kings, eight players are split into two teams of four, and all players are riding horses and carrying sawed-off shotguns. While on horseback, players need to capture a torch and then light the enemy team’s signal fires. Light all of the enemy team’s fires first and your team wins the round. Do this three times and your team wins the match.

On foot, this mode might be dull, but adding horses makes everything fast, deadly and a little out of control. The close range and high power of shotguns make things intense.

Since you are on horseback, picking up the torch requires timing and planning. Your horse can’t turn on a dime, so it’s important to aim just right before galloping over the torch to collect it. This also means that players often ride into the same area in nearly straight lines at full speed. I saw many players miss the torch or get there too late and end up ramming into other horses. This can send people flying, killing them in the process.

Once you have the torch, Sport of Kings becomes a high-speed pursuit. Your teammates can try to block enemy players from reaching or shooting you. Having the torch is exciting, and dodging an enemy trying to cut you off feels great. Of course, these pursuits also expose one of the big issues with this mode. If you get stuck with bad teammates or a player who is AFK, matches get a lot harder, but not impossible, to win. Even with an AFK ally, my team and I have been able to win. Other matches I played were lost due to players not pulling their weight. 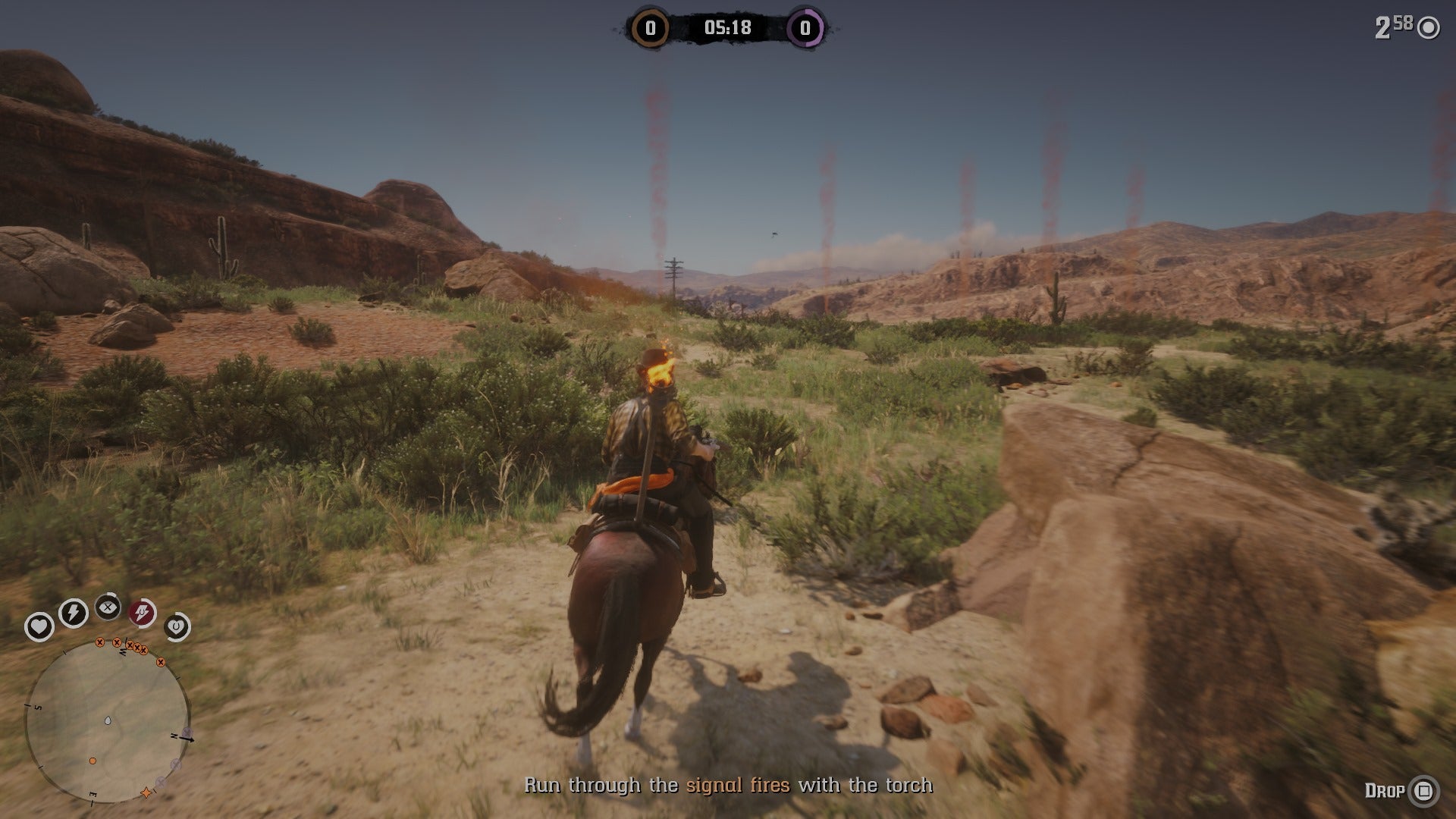 When the other team has the torch, Sport of Kings becomes a game of balancing defence and offence. Sitting back and just protecting your signal fires isn’t always the best choice, so you need to push forward and try to cut them off or take out their teammate, who will respawn, but not right away. But if you get too aggressive you might leave your signal fires unprotected. I had a few rounds where I was carrying the torch and the enemy tried to stop me but made a mistake, letting me slip by them and light all their signal fires in a few seconds. It felt exhilarating.

Rockstar giving all players sawed-off shotguns is a perfect fit for this mode. They are powerful enough that you can get one hit kills at close range and with a bit of luck. In several matches, I was able to turn a losing game around with a lucky blast of shotgun pellets. But shotguns are also wildly inaccurate and inconsistent. That might sound frustrating, but when everyone else is missing shots too, it’s less annoying and more enjoyable. 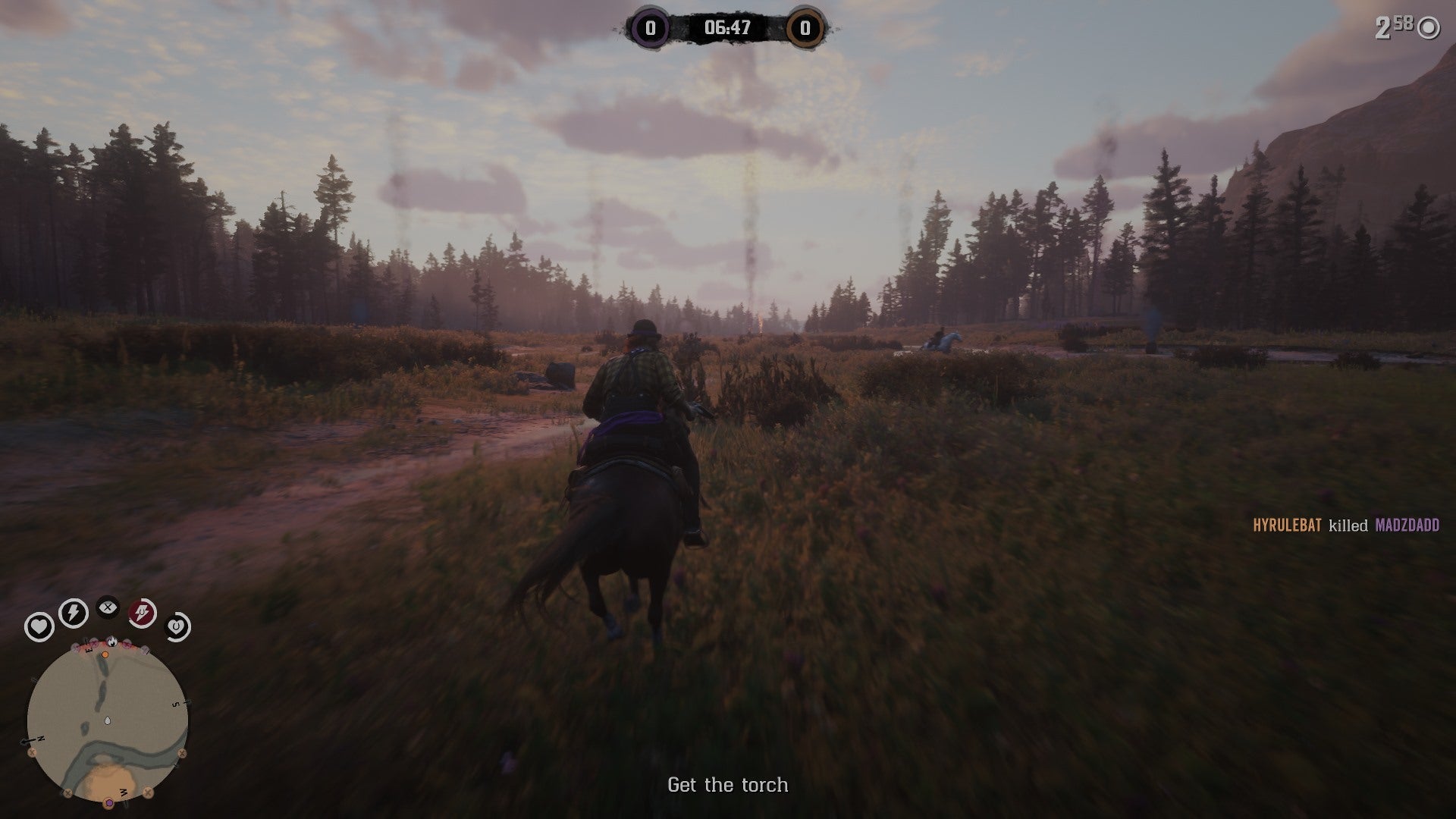 In a lot of other PVP modes in Red Dead Online, winning is all about having the fastest headshot skills and avoiding skilled snipers. That isn’t what I want out of Red Dead Online. Instead, Sport of Kings feels more like the wild west action I prefer, complete with bullets flying everywhere, missed shots, and close calls. I feel like a cool cowboy when I weave around a few bad guys, take a few down, then whip around and light their signal fires.

There are dozens of great online shooters in the world, from Gears of War to Overwatch to Fortnite to Counter-Strike. If I want standard deathmatch or battle royale, I can play those games. But none of them can replicate the action of the wild west, something Red Dead Online is uniquely positioned to do and does so well in Sport of Kings. Hopefully, we’ll see more modes like this in future updates.