The Sad Story Of Steve, The Pet Deathclaw Whose Life Was Cut Short By Fallout 76 Bugs

Mikael Hertell really wanted a pet Deathclaw. He wanted one so bad he spent hours searching through Fallout 76’s broken wilds in search of one he could tame. He named it Steve. Steve was a good boy. Some might say a very good boy. That is, until Hertell went to sleep, woke up the next day and found Steve dead, killed by a glitch. That wasn’t the first time this happened to Hertell, either.

Before, Steve there was a Mega Sloth. There was also a gun—a legendary TSE (two-shot explosive) .50cal machine gun. Both disappeared. The gun vanished, Hertell believes, because of a glitch, something many players on the game’s subreddit have shared experiences of.

What happened to the Mega Sloth is less clear, but Hertell, a YouTuber and musician who lives in Finland, thinks it died because of the unstable way campsites occasionally load in the game.

“What is the point of having near impossible to find weapons in the game if [Bethesda] won’t even acknowledge a bug that just deletes your most beloved guns from your inventory?” Hertell wrote in a frustrated May 1 Reddit post. “And I’m also out of my tamed sluggish mega sloth that i server hopped for ages [to get]…logged in and poof no sloth in my camp anymore.”

“I’m afraid to log back in, I lost my pet and my favourite gun i can’t afford to lose anything else :/”

What happened to the Sloth? Hertell still isn’t entirely sure. 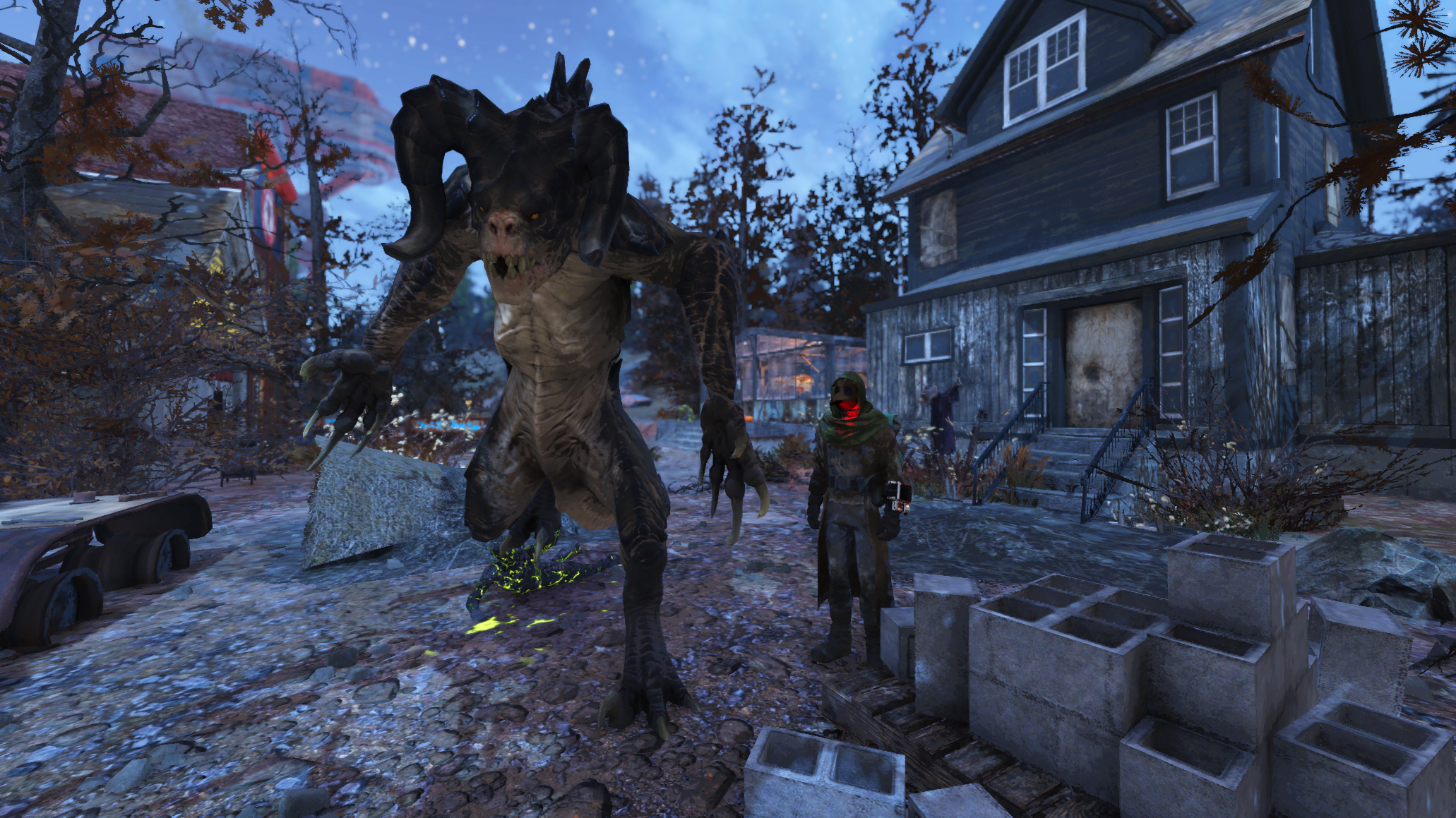 “I logged in and I noticed that there was no sound from the sloth but all the enemies that spawned were dead, looked around for a bit and found him hanging from the ceiling of one of the pre-existing buildings that existed inside my camp boundaries,” Hertell told Kotaku in an email. “To this day I have no idea what killed him because the only enemies there were low level mole rats.”

Whatever the bug was that took his first pet’s life, Hertell remained undeterred in his quest for an irradiated buddy. “I’m a huge pet lover irl and currently have three cats and a ball python in the house so it just felt like something was missing from my camp unless it had a pet in it,” he said.

The mysterious nature of pets in Fallout 76 also appealed to him. Nothing in the game tells you that you can tame wild animals. Even the game’s official strategy guide only mentions it in passing when discussing the perk card for Wasteland Whisperer, the skill that makes it possible to pacify wild creatures, and even then it doesn’t specify that these animals, if properly tamed, will follow you back to your campsite and hang out with you till death do you part.

Hertell crowdsourced information from random Google searches, equipped Wasteland Whisperer, and went out hoping for the best. The creatures have to spawn alone, and even then it doesn’t always work.

After weeks of preparation and server hopping, Hertell finally found a lone Deathclaw and managed to woo it over to his side. He was elated. He posted about it on the game’s subreddit.

“God I hope this one doesn’t die like my megasloth…” he wrote.

Then today he logged back onto the game, and it had died. “Well that lasted a whopping 12 hours, I logged in and somebody was checking out my camp and he told me that a Supermutant killed my pet…” he wrote in a follow up post.

This time, the culprit was clear: bad loading times. 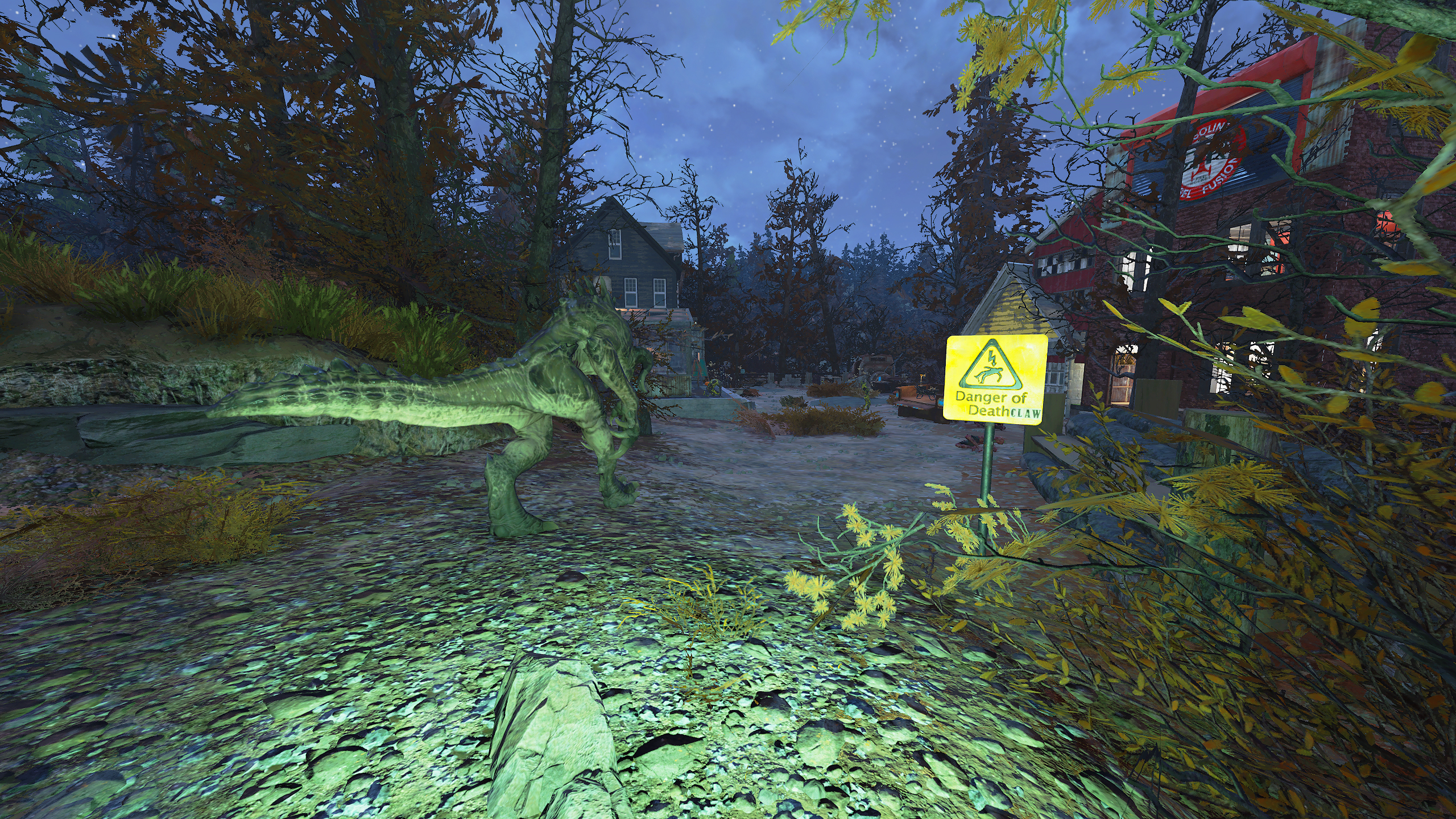 Ever since Fallout 76’s Wild Appalachia update arrived at the beginning of April, loading into the game has become a slightly more wonky affair.

It’s hit people with elaborate campsites the hardest, as different parts of the game world appear to occasionally load in at different times. This is what Hertell believes happened to him, and why Steve is now dead. “The problem is that now when you log in to the game the game loads you into the game world quite fast and then loads enemies relatively quickly or agonizingly slow depending on where you are spawning,” he told Kotaku.

“Same goes for camps,” he continued. They take a minimum of around 1.5-2 minutes to fully load into the world so you are stuck there waiting for them to load. My issue with the pet was that for some reason while my camp took a long time to load into the game (and as almost everything is client side in the game this holds true to every visitor I get) my pet deathclaw steve would load the same second you spawned near the camp along with enemies.”

Before Hertell could do anything, Steve was dead. A super mutant had killed him. Since pets in Fallout 76 don’t scale to match the level of the player they belong to, it doesn’t always take much to kill them, even if they’re a dreaded Deathclaw. And the pets don’t respawn. Once they’re gone they’re gone for good. If Hertell’s camp turrets had spawned in more quickly, they might have been able to save Steve.

“I’m just pretty pissed really, i spend so much time getting the pet only for it to be killed in a matter of hours,” he wrote on Reddit. 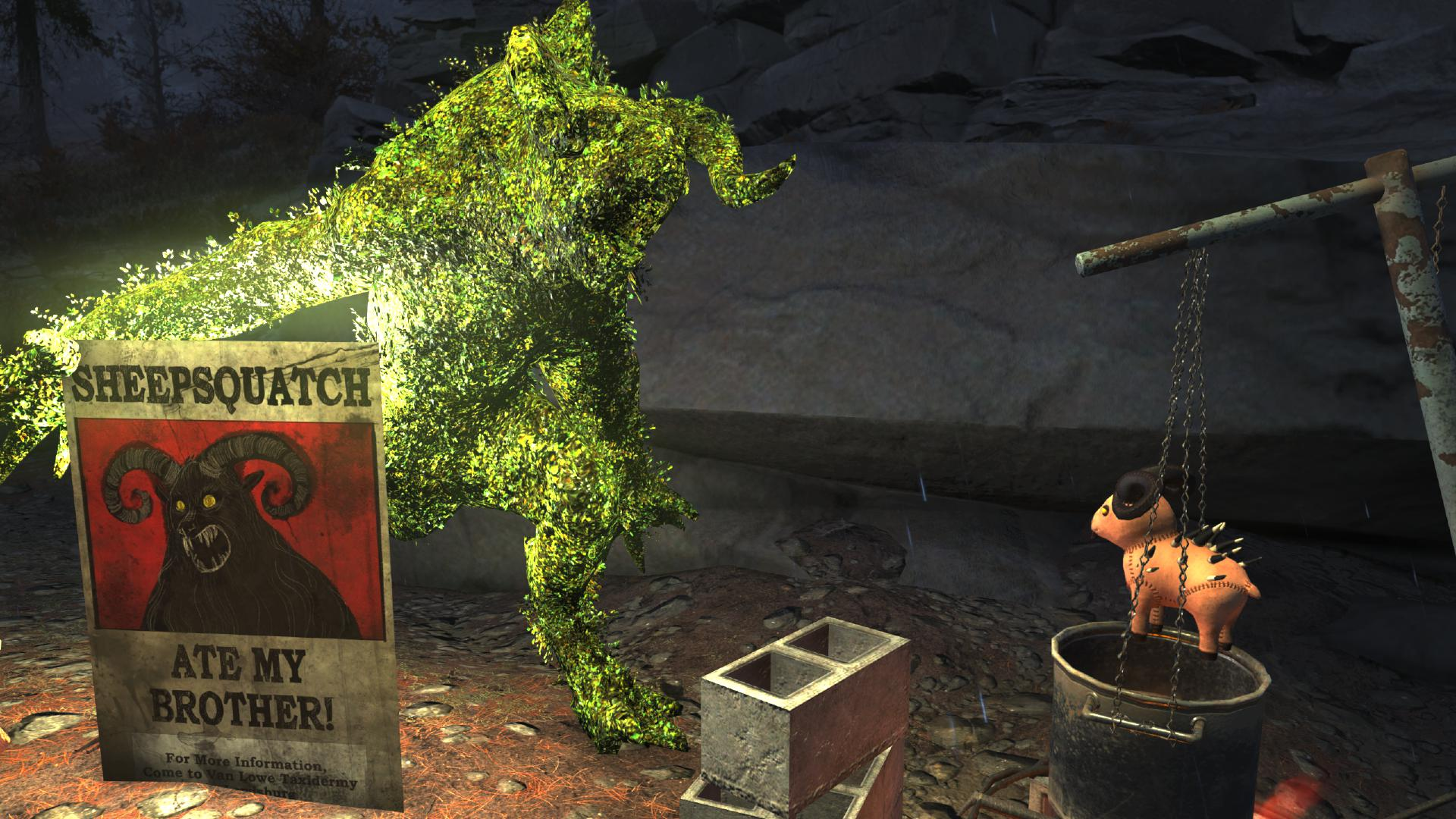 The tragic story of Steve might seem like a strange, isolated incident, but it’s indicative of a broader tension within the game and its community. It’s possible to get a pet to get attached to in Fallout 76, but almost everything about the world, down to the very code its built on, seems intent on trying to extinguish that relationship at a moment’s notice.

The subreddit is full of posts with people requesting an overhaul to the pet mechanic, or a little more attention to it so that more players can give it a try for themselves.

Based on his recent experience, Hertell warns players against trying until the feature is fixed, or at least the load times for campsites become more stable. “What good is taming a cat when it dies to the first radroach that decides to attack your camp,” he said.

“[It] would be cool for Bethesda to actually make it work instead of leaving it in a sorry state that its in now but I feel like the only things that get patched are the ones that get a lot of public outcry and the pets aren’t that well known so I really don’t see them making any significant improvements to them in a while.”

Slowly but surely, pet taming might finally be starting to get the attention it deserves. There’s already a meta memorial service for Steve going on in the game’s subreddit, with some players calling on one another to celebrate the Deathclaw’s legacy in some way at their own camp.

“May the legend of Steve live on in campfire tales,” wrote one player.