All The New Comics IDW Discussed At San Diego Comic-Con

While much of the buzz out of this year’s San Diego Comic-Con was about all of the big films dropping in the coming months and years, comics publishers like IDW wereÂ in full force with announcements about… wait for it… comic books that people will soon be able to go out and read. What a concept.

Delilah S. Dawson and Sara Richards’ Star Pig is an all-ages story about a young girl from Earth whose ship crashes while she’s en route to space camp. The series’ titular pig is actually more like a water bear, a friendly gelatinous tardigrade that the series’ heroine befriends as she gets her bearing in a strange world where aliens are obsessed with Earth culture from the “˜80s. During the IDW SDCC panel, Dawson and Richard were unabashed in explaining their deep love for Lisa Frank and how it inspired the book’s aesthetic. (Delilah S. Dawson, Sara Richards) 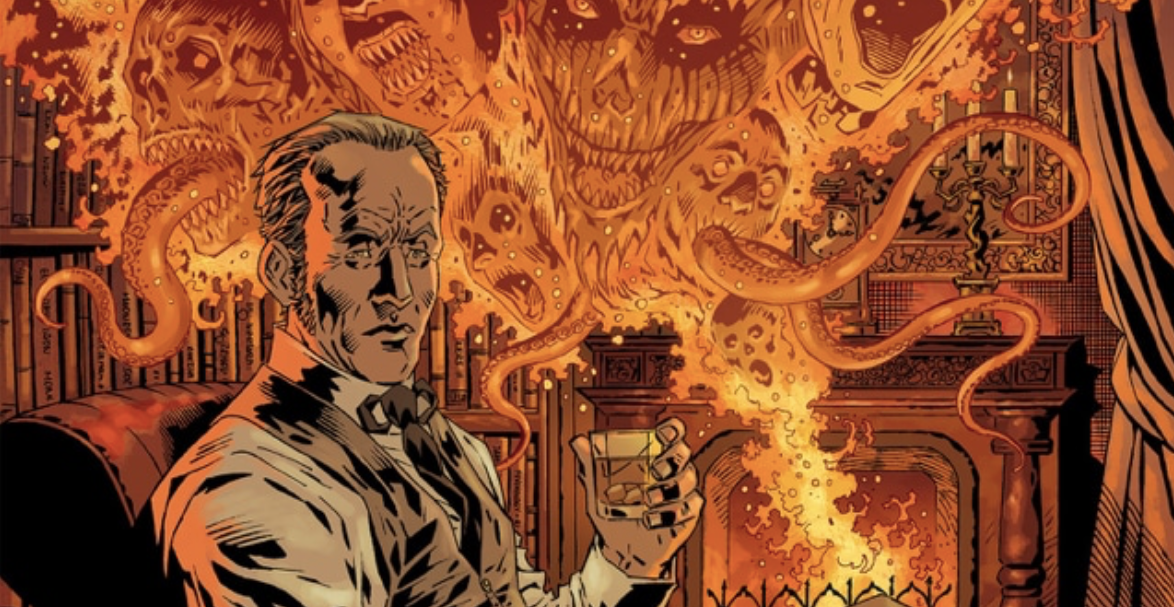 Aaron Mahnke’s podcast Lore blurs the line between fantasy and reality by taking bits and pieces of historical events and weaving them together with fantastical folkloric elements. In Wellington, Dawson introduces a new story about a legendary monster slayer in an adventure inspired by the likes of Indiana Jones and the Ghostbusters. (Delilah S. Dawson, Aaron Mahnke, Piotr Kowalski, Brad Simpson)

Surfside Girls: The Mystery at the Old Rancho

Kim Dwinell drew on the haunted history of California for inspiration for her Surfside Girls followup about a pair of best friends who realise they’re frightening the daylights out of a group of local ghosts. As supernatural as the book is, Dwinell explained that she really wanted to give it a distinct sense of place.

Though Hannah Templer wasn’t in attendance this year, Elizabeth Brei who edits IDW’s GLOW was emphatic about the series being a colour-saturated, gay space fantasy, which is really all you need to know to know it’s going to be solid. 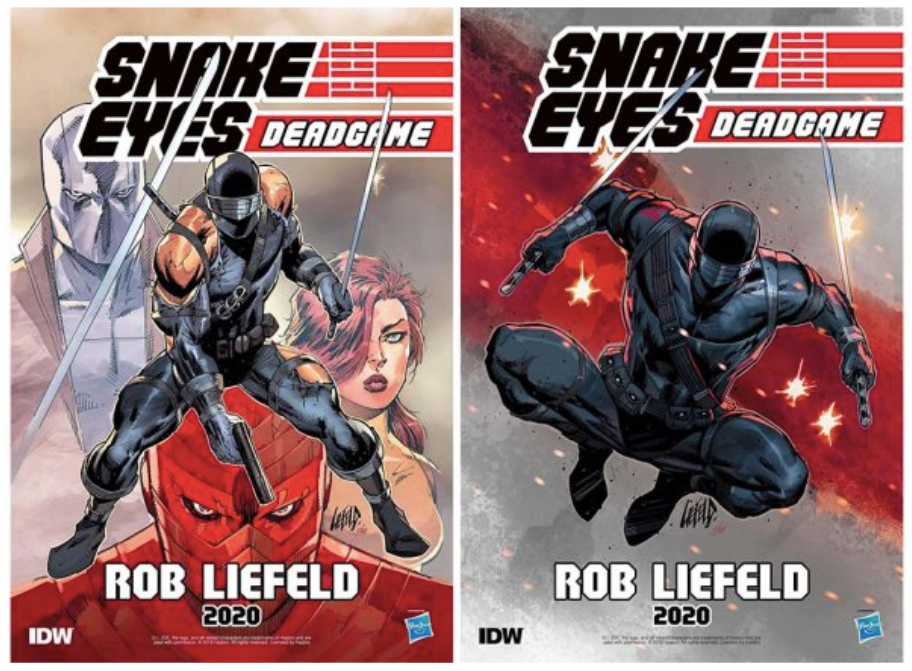 You can’t help but think that the title of on-brand, if such a thing is possible, but Liefeld’s gonna Liefeld. Details about the series were thin, but IDW editor in chief John Barber described it as a story about Snake Eyes, armed with all the swords he could ever dream of, taking on Storm Shadow and the world. 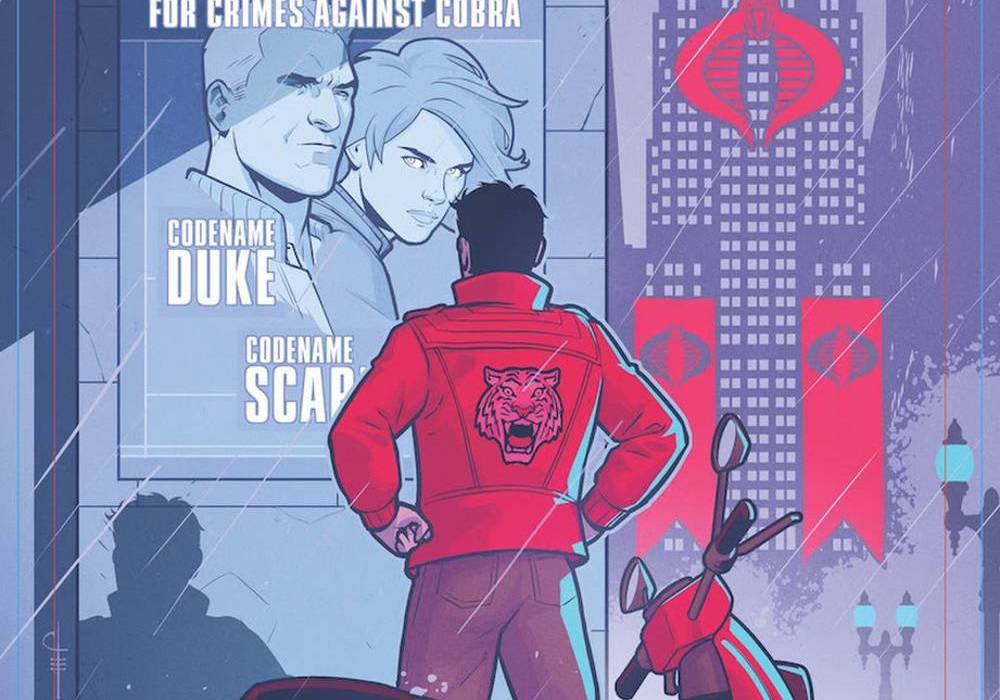 Set in a world where Cobra’s succeeded, writer Paul Allor and artist Chris Evenhuis’ Wanted tells the story of Conrad “Duke” Hauser and Shana “Scarlett” O’Hara as they fight with an underground rebellion to topple the oppressive Cobra World Order.

First, it was a theme park ride, then it was a movie, and now it’s becoming a comic book written by Sina Grace and illustrated by Egle Bartolini. After ghosts from across the country grow weary of their regular haunts, they all flock to the titular Haunted Mansion to retire from the whole “scaring people” business. 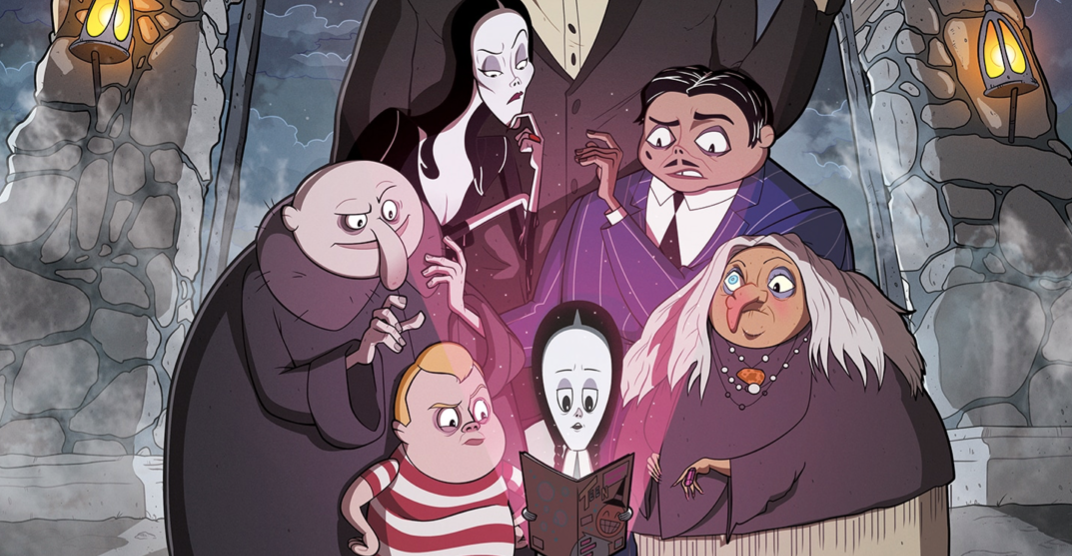 Zoe Quinn described their upcoming Addams Family comic (timed to release with the new film) as their best work so far — a one-shot focused specifically on Wednesday Addams as she discovers her first teen magazine and sets to the task of completing one of its many guides to empowerment. Of course, this being an Addams Family book, Wednesday’s take on things are sure to be dark and pleasantly horrifying.

Carlos Guzman-Verdugo, Alejandro Verdugo, Jorge Monlongo, and Sara Richard are teaming up to tell the story of what happened after Pedro won the election in Napoleon Dynamite. In short, people have begun to suspect that Pedro might not have won fair and square, prompting for calls for his impeachment, and an investigation into the election.

The current arc of IDW’s Sonic the Hedgehog series from Ian Flynn and various artists continues into 2020 with a new story about Sonic in a race against time as a robot zombie virus that’s infecting the world makes it way through his own body as well, transforming him into something monstrous. (No, not that.) 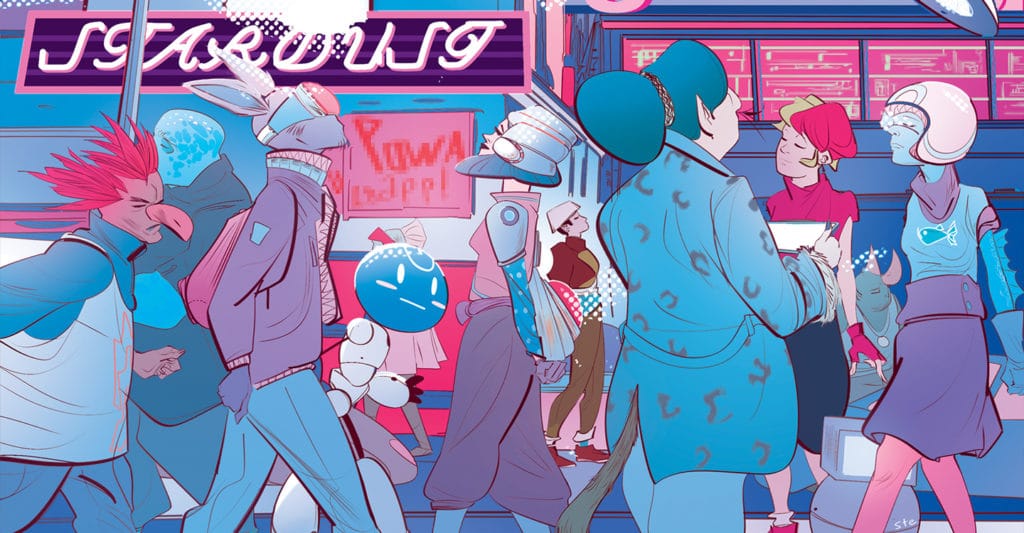 Set two to three years after the events of the video game, Sina Grace and Stefano Simeone’s Read Only Memories will continue a number of characters’ storylines in a different format that hopefully brings something new to the overall narrative.

Due to the overwhelming response from fans, Tangle the Lemur and Whisper the Wolf are stepping out of the shadow’s of IDW’s main Sonic comics to star in their own mini-series that’ll follow the pair as they embark on an adventure. (Ian Flynn, Evan Stanley, Matt Herms)

This retelling of the original Karate Kid from Denton J. Tipton and Kagan McLeod will follow things from Johnny’s perspective.

The Crow: Hark the Herald

No details were given about this series, but it’s to be written by Tim Seeley and illustrated by Meredith Laxton.

Chris Ryall is penning a new Rom story about its titular hero investigating a group of aliens living in secret on the moon’s surface.

This one’s rather self-explanatory. Cartoonist Shannon Wheeler is taking on the Mueller Report and turning it into a Dick Tracy-like comic. Maybe that’ll get people to read the thing, finally.