The biggest threat in the Transformers multiverse is Unicron, the planet-sized world eater who debuted in 1984’s animated Transformers: The Movie. Despite his popularity among fans, Unicron has never gotten a toy befitting his stature. The 27-inch tall Transformers: War for Cybertron Unicron being crowdfunded via Hasbro’s HasLab could change that.

Hasbro has attempted to make several Unicron toys over the years. There was a ridiculous prototype during the toys’ first generation that looked like a ball with arms, legs and a head. During the Beast Wars era, there was a gorgeous resin prototype produced that never came to fruition. The first and so far only sizable Unicron toy was 2003’s 15-inch figure from the Transformers Armada line, which has been redeco’d several times since its initial release. 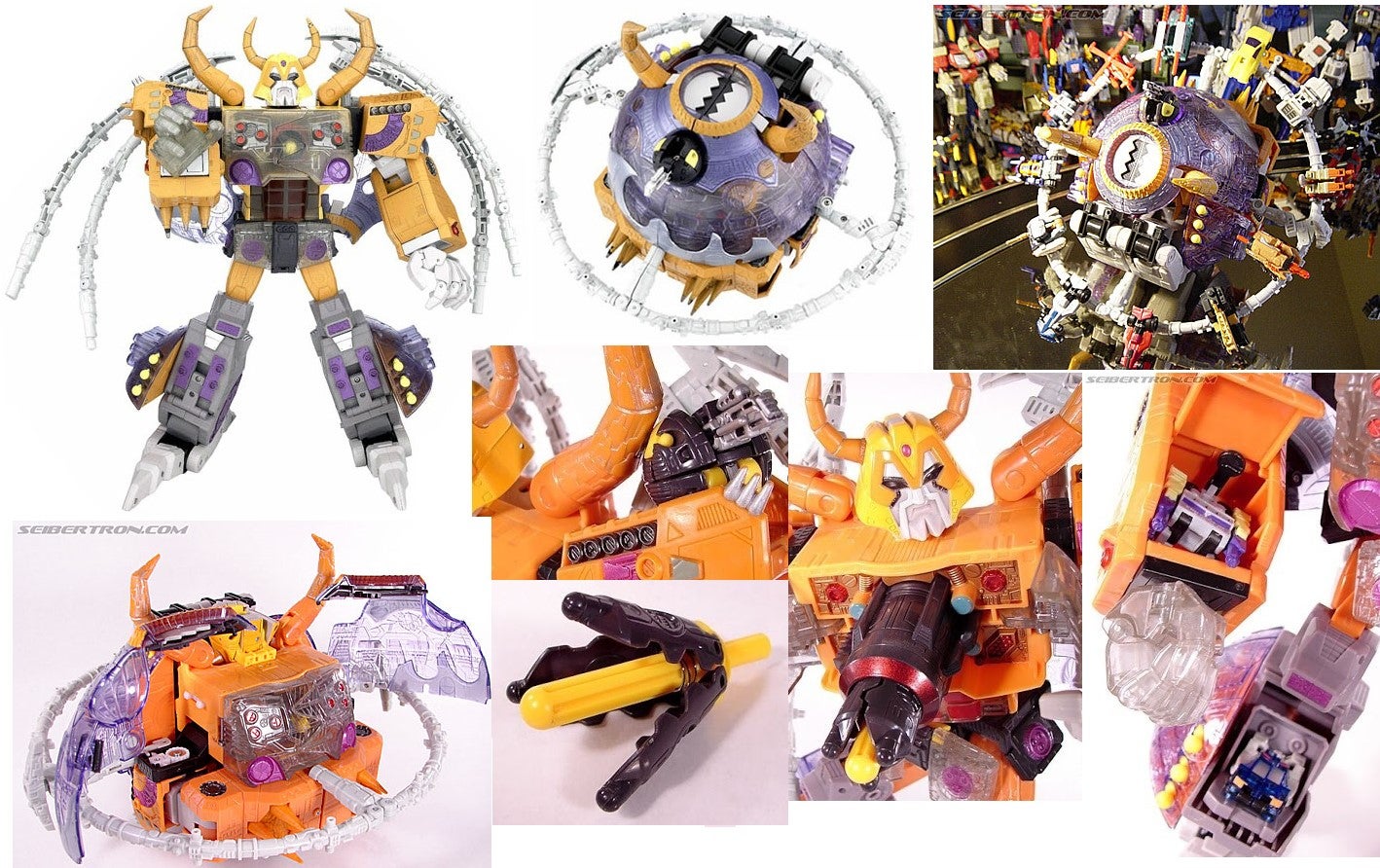 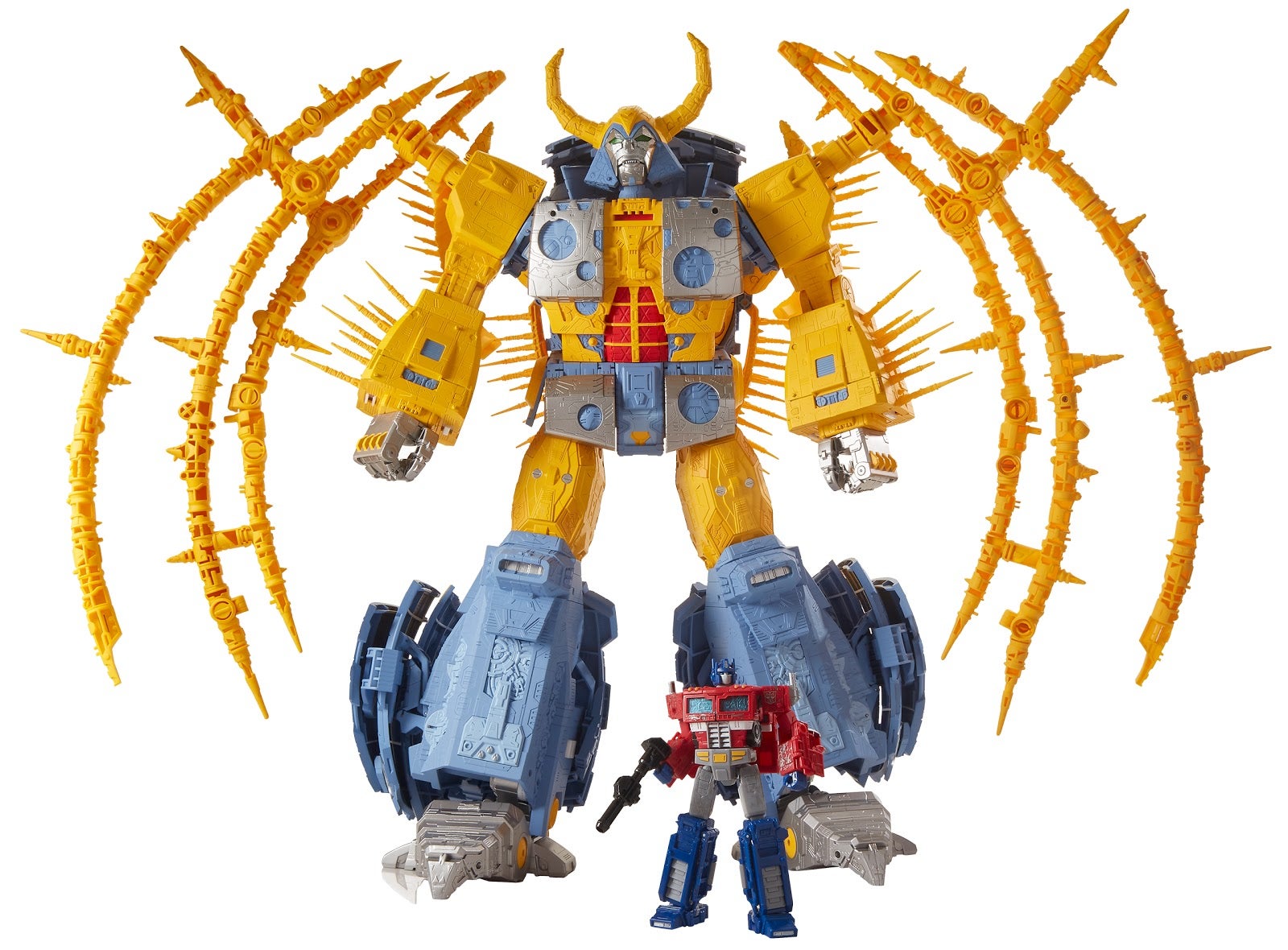 The figure is a full foot taller, standing at over 27-inches including horns and its spiny ring wings. It features more than 50 points of articulation. The fingers move, allowing him to grasp smaller figures. 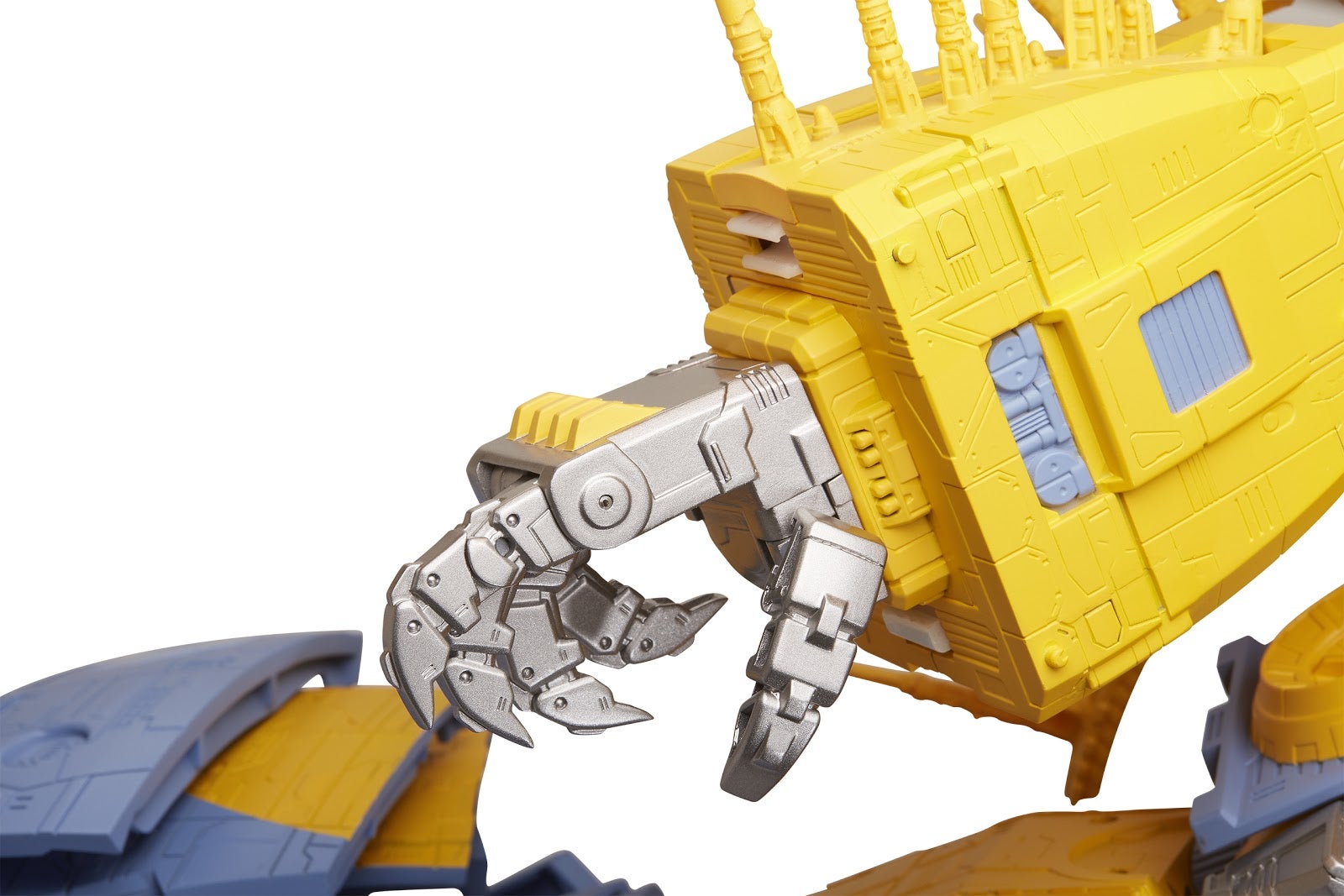 Once he’s got smaller robots in his grasp, he can raise them to his mouth, which opens and closes and features movable teeth. Movable teeth AND movable eyes. He’s got it all. 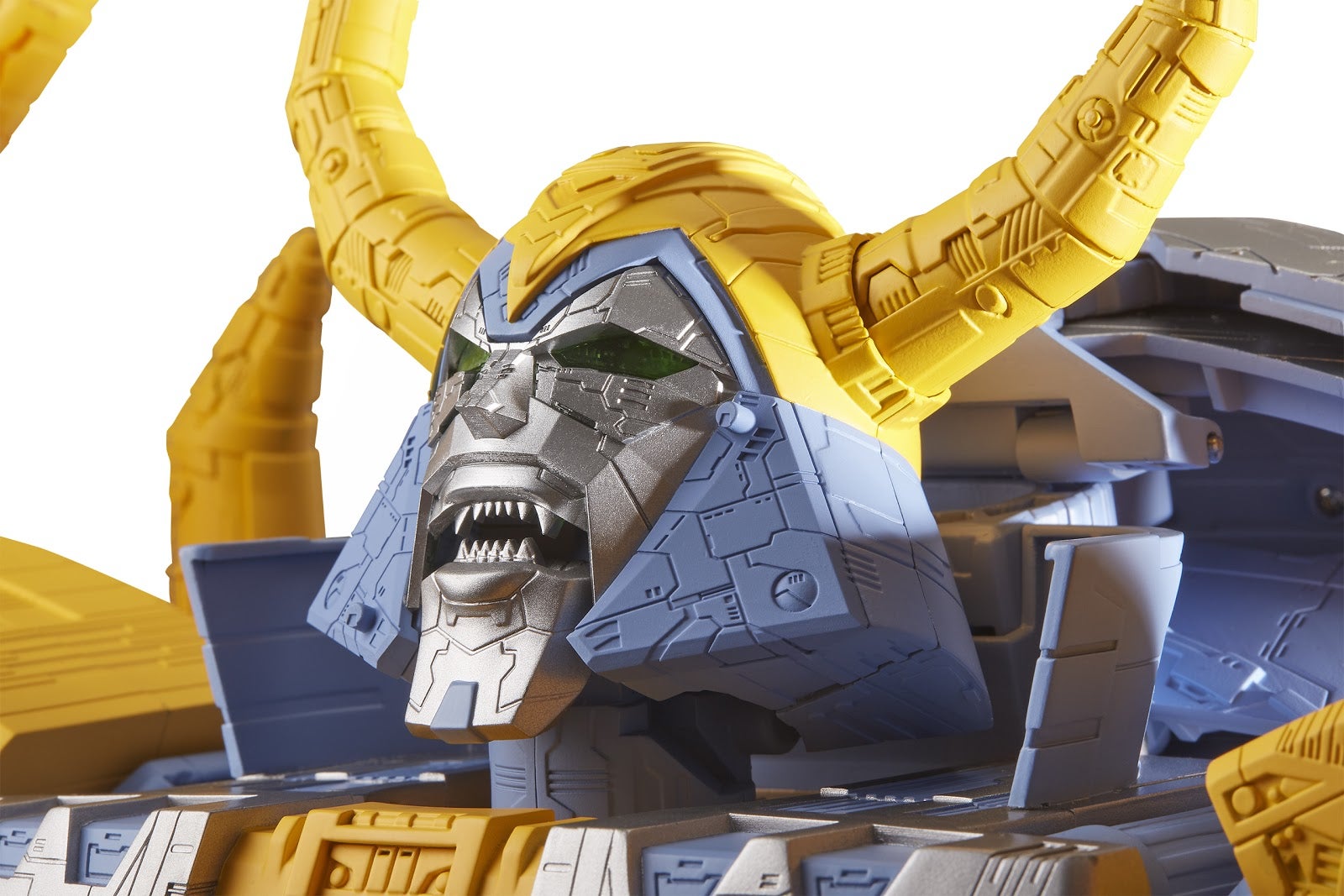 War for Cybertron Unicorn is even bigger in planet form. His orange techno rings give him a diameter of 30-inches and comes with a special stand, reinforced to handle the celestial body’s 9kg weight. 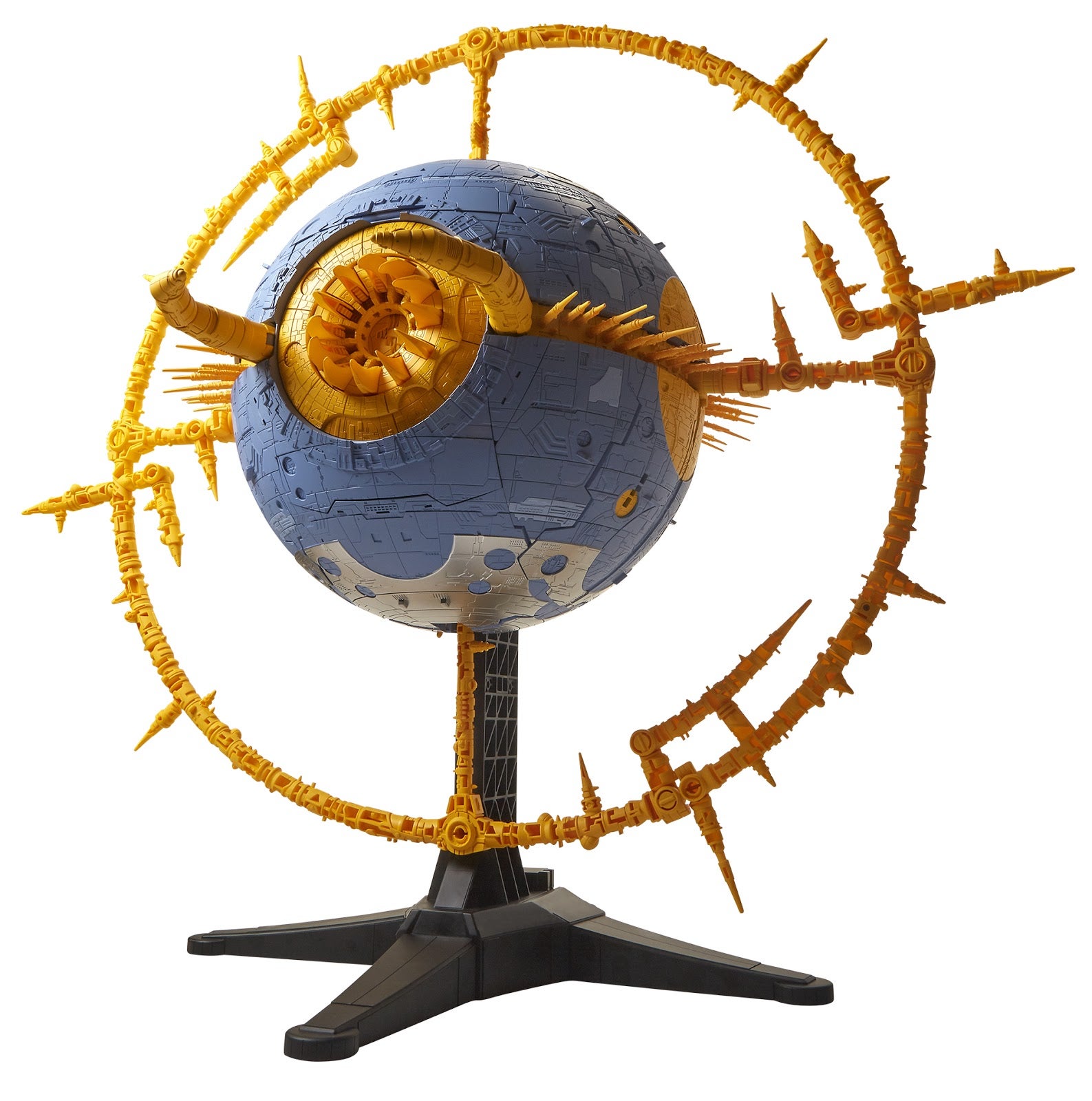 He’s a beautiful planet, looking a great deal like he did sailing through space in the animated movie. The spiky details are menacing. The gaping maw, used to crunch continents as Unicron devours worlds, can open and close. It’s the stuff of robot nightmares. 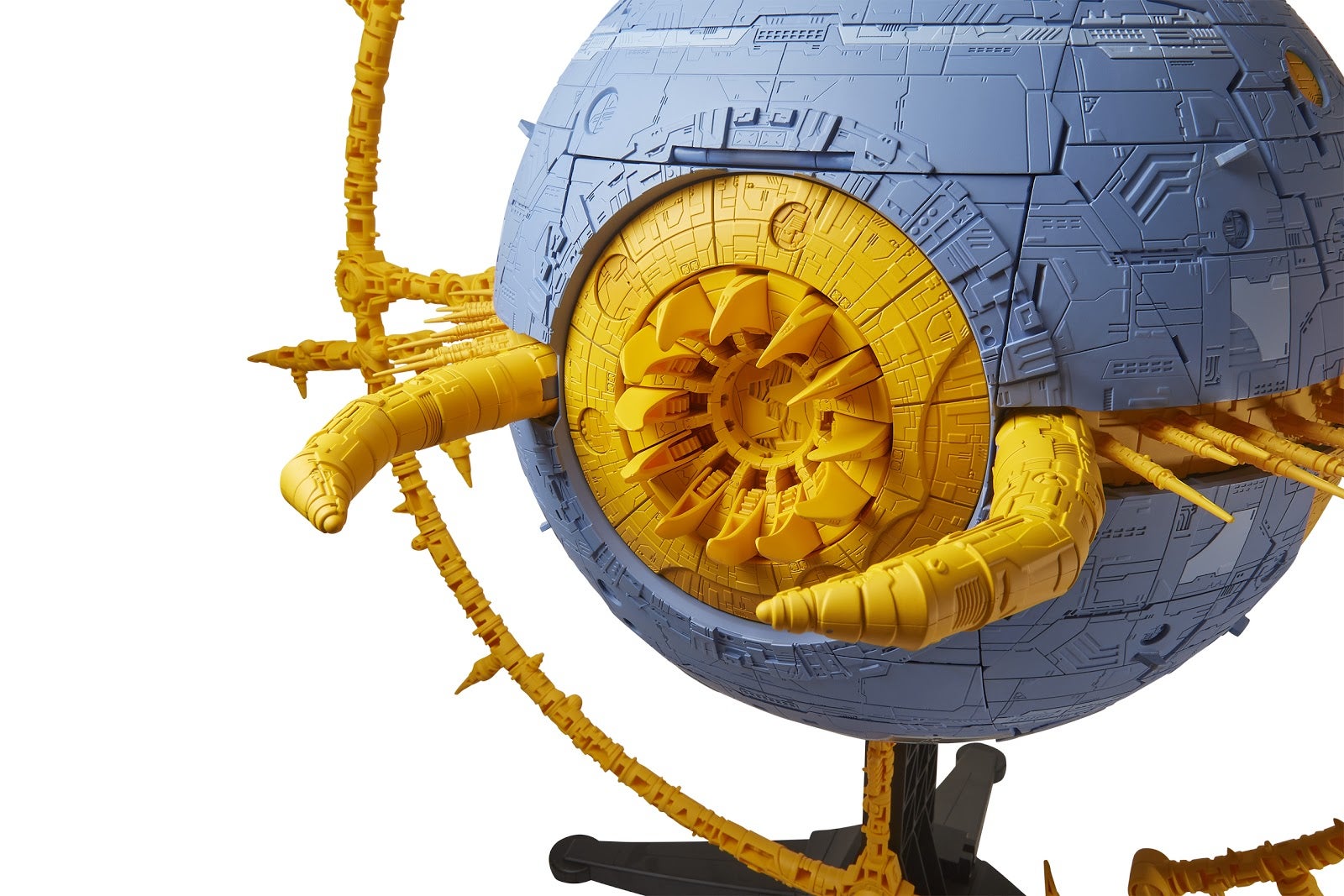 War for Cybertron Unicron is also the stuff of wallet nightmares. He’s the first Transformers project from Hasbro’s new HasLab program, a crowdfunding platform for dream toys. In order for Unicron to be made, Hasbro is looking for 8,000 fans to commit to paying $817 each by August 31.

If that number is reached, Unicron will go into production with an estimated shipping date of early 2021. Before everyone rushes off, there is a limit of five per customer, so you might need to group up with some friends if you want a $14,000 Unicron army. In addition to that, Hasbro Pulse doesn’t ship internationally, so you might need to get crafty if you want Unicron in your collection.

Check out the official website for images and video of the massive planet-eating menace.