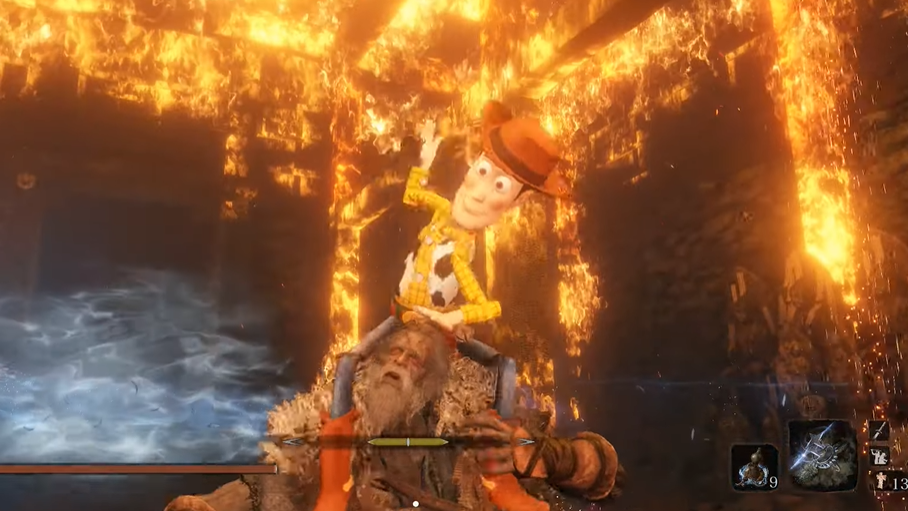 If there’s a snake in his boot, it died a long time ago.

You would think that changing the main character into Woody, the friendly sheriff doll from Toy Story, voiced by the equally wholesome Tom Hanks, would turn Sekiro into a joke, but it can be downright disturbing. Woody’s blank look as he mercilessly cuts his adversaries in half is especially chilling.

While Modder huckleberrypie performed whatever dark ritual was needed to make the transformation a couple weeks ago, the mod blew up over the weekend thanks to this clip:

“My cousin and I have just watched Toy Story 4 at the local theatre lately, and since there’s been some videos of Sekiro being modded with funny meme mods I decided to join in on the fun,” huckleberrypie wrote in the mod’s description on Nexus.

It uses an existing mod for adding Grand Theft Auto: San Andreas’ C.J. Carl to the game as its basis, and interestingly enough, huckleberrypie said they got the character model for Woody from Disney Dream Treats, a match-puzzle game for mobile that nevertheless uses 3D models to portray various Disney mascots.

The mod just requires a copy of the game on PC and the Sekiro Mod Engine, which is also available to download on Nexus.