Tyler “Ninja” Blevins, who recently left his 14 million-follower Twitch account behind to go and stream on rival platform Mixer, has issued a statement labelled “disgusted and so sorry” today after that now-dormant account — which he no longer operates — was promoting streams from other users, including one broadcasting pornography.

Ninja obviously has no control over that Twitch landing page now, since he’s left the service for good, and is dismayed in this video below that the page is showcasing other streamer’s content.

Disgusted and so sorry. pic.twitter.com/gnUY5Kp52E

Here’s an example of how Twitch began handling Ninja’s departure last week, using a Mario joke to promote other Fortnite streamers active on the platform (presumably based on whichever streams were trending playing Fortnite): 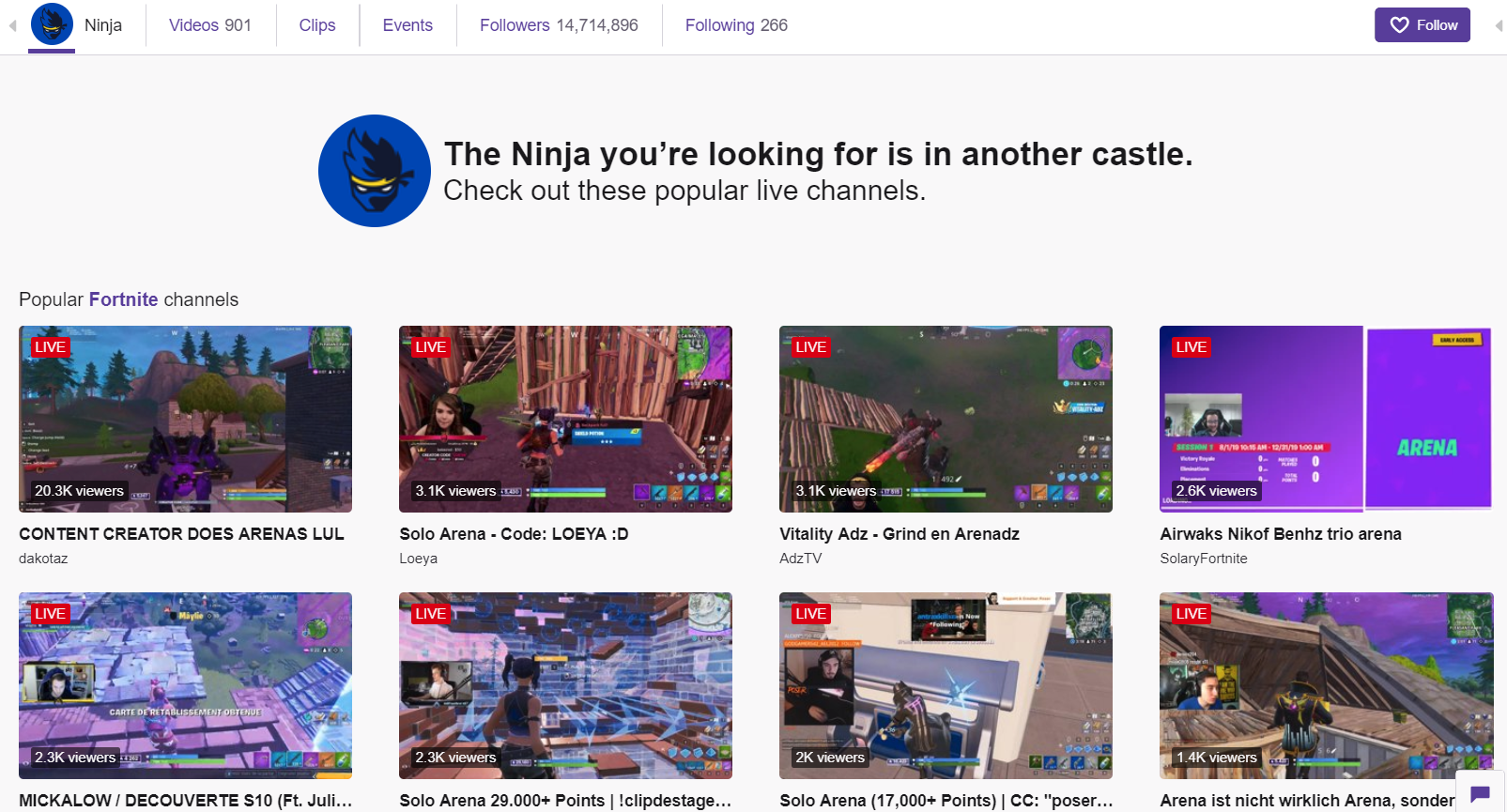 At time of posting the Mario joke has been removed and Ninja’s page is now only displaying old videos of his previous streams, with no promotion of any other channel’s work.

Twitch has now reverted my channel back to how an offline page should look. Thank you.