The universe of No Man’s Sky is huge. Like genuinely huge. Billions upon billions upon billions of planets, galaxies and solar systems. And the latest update to the game added a ton of new features to this already massive galactic sandbox, including VR support. But the most exciting feature might just be the ability to stop travelling, take a seat in a chair and dangle your feet.

Last week, players first found out about this new sitting ability and quickly got excited. Sure a new galactic map and improved multiplayer features were fine, but after years of waiting, all those chairs dotting the galaxy could finally be sat on.

It was a little thing, but something that not a small amount of players were happy to see added into the game. As one player pointed out on Reddit, “I couldn’t believe we could make chairs but not sit in them..lol.” (However, players have discovered that user made chairs still can’t be sat on. Maybe in a future update?) 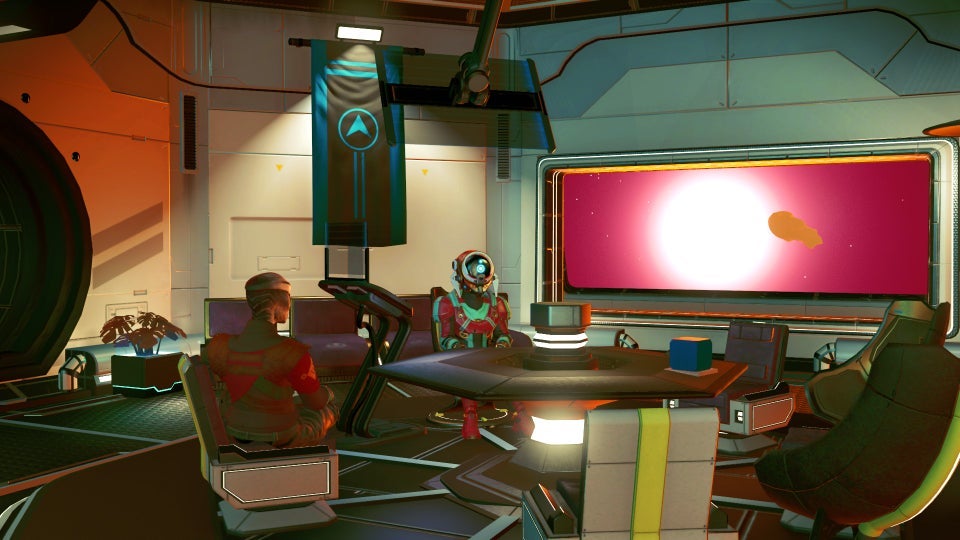 Quickly the No Man’s Sky subreddit and Twitter was filled with people sharing their excitement about chairs and sitting in them. One player on Twitter even claimed to be returning to the game, mainly for the chair sitting. Before this update, players could only spin chairs. Fun, sure. But not the same as sitting in one.

However, it wasn’t just players who would be allowed to take a load off and sit down on a chair. Now NPC aliens would also be able to relax and take a seat. Even better, the short alien species, the Gek, actually swing their tiny legs and feet around while sitting on the chairs. Though one player did point out how odd it is that on a Gek space station the chairs would be so tall. A valid point. Those Gek really need to make some smaller seats.

After the update went live a few days ago, players began sharing photos of them sitting in chairs. As one fan exclaimed in a Reddit post of them sitting with aliens in the game, “My life is now complete.” Other players also shared images of themselves in chairs. People even discovered you could emote while sitting in a chair. It was a regular chair-a-palooza.

Of course, a new feature like this doesn’t usually launch without some hiccups. Players discovered some aliens decided to sit IN their chairs instead of on their chairs. 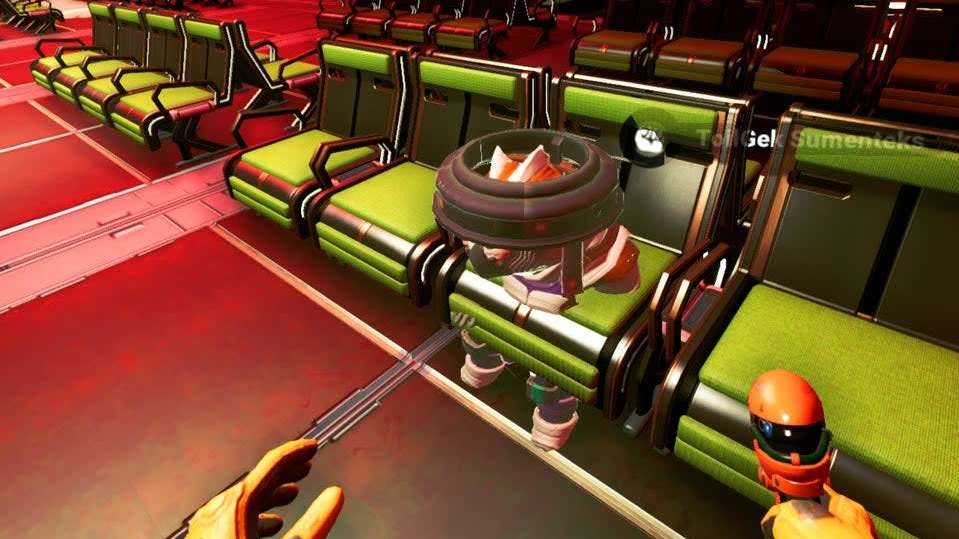 Some fans found themselves sitting near a chair, but not on the chair. Some folks are shy when it comes to space chairs. On the other hand, one player found some very un-shy aliens who decided to squeeze themselves together into a singular mass to sit on a couch, for some reason. 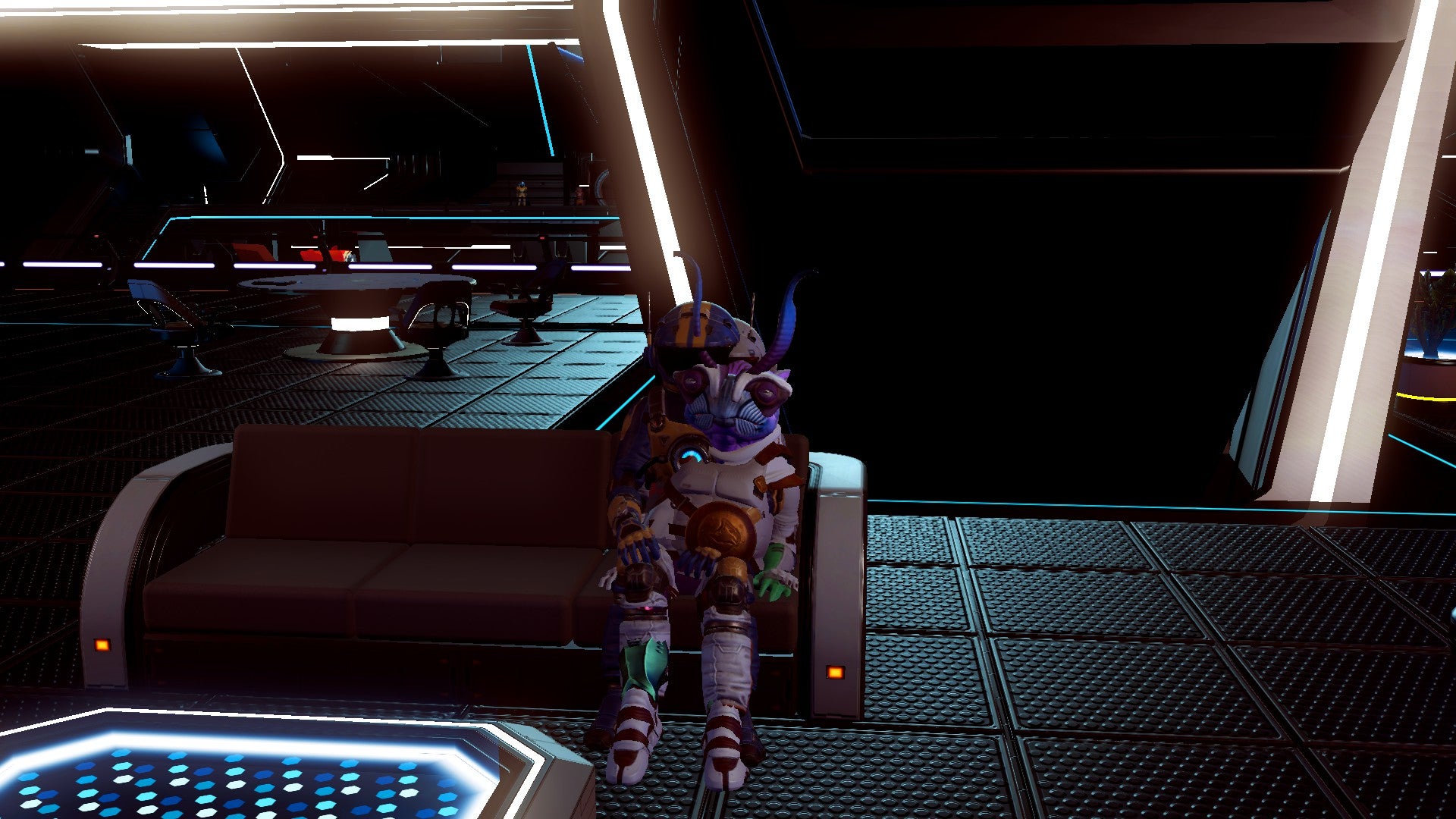 Sitting on a chair isn’t easy. A couple of folks found that out the hard way. After trying to sit on a chair, it instead slipped away from them leaving them sad and chairless.

And one player has had enough with all these damn chairs and chair related posts. They are sick of chairs. They want something different and arguably better added to the game. The ability to sit on stools.

One day, stool fan. One day.