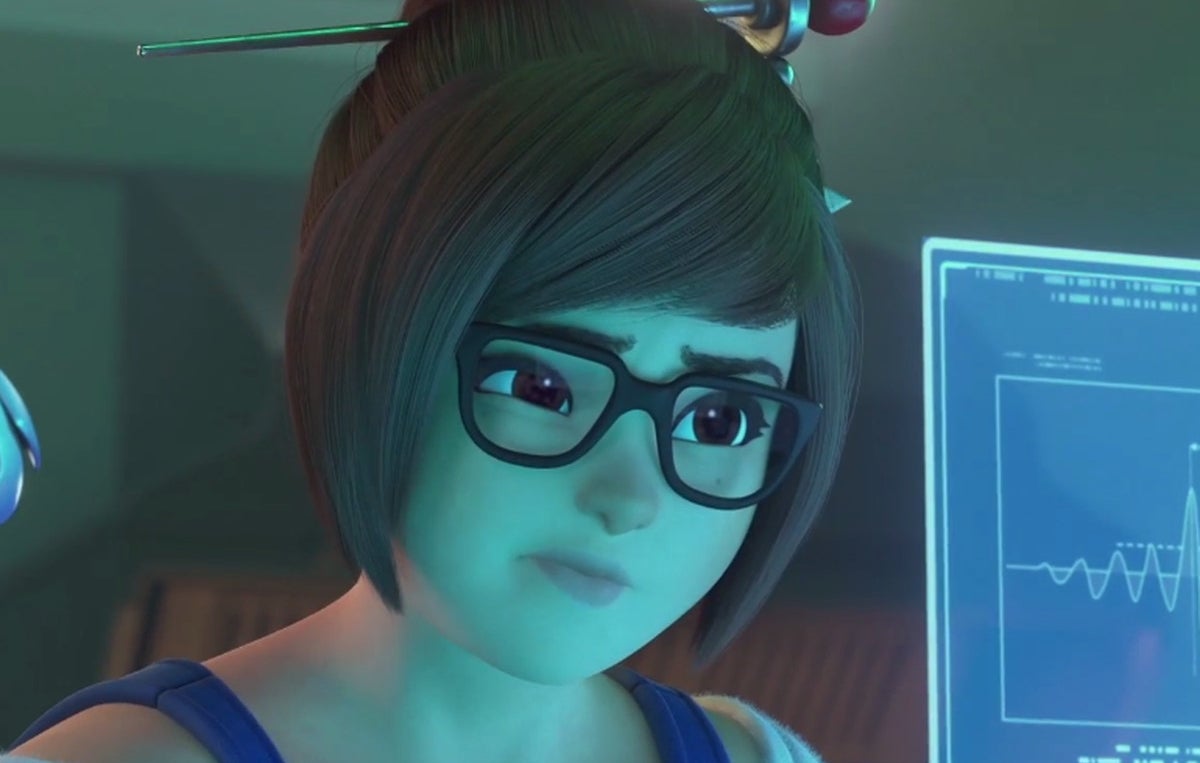 Overwatch League fans asked for change, and they got it. The season’s fourth stage kicked off three weeks ago with the introduction of a 2-2-2 role lock that requires teams to be made up of two tanks, two DPS heroes, and two supports. This change would finally put the long-reviled “GOATS” meta, which involves three tanks and three supports, out to pasture. Now, there’s a new meta powered by a certain robo-cow, and viewers aren’t exactly loving it, either.

This is not to say stage four has been met with unanimous negativity. It began with an explosion of hero variety, with all 30 heroes played at various points, the brief return of classic compositions like “dive,” and long-lost favourites like Mei suddenly becoming mainstays. It felt like anything could happen, and the new role lock system did indeed produce some unexpected match results.

Week two brought us some wild upsets, with the season’s worst team, the Washington Justice, handing the season’s best team, the Vancouver Titans, their first 0-4 loss ever. After a season of plodding, defensive GOATS play in which top teams rarely gave up maps, let alone lost matches, this was the kind of shake-up fans had been praying for. Until it metastasized, yet again, into a new and now familiar meta.

Weeks two and three saw that meta begin to solidify, as always happens. While compositions still vary based on map size and other factors, there’s a new core composition centered around the aforementioned robo-cow, Orisa. She provides a shield, as well as powerful damage amplification with her ult.

Lastly, her “fortify” ability allows her to survive other heroes’ attempts at crowd control (like Doomfist’s punches, Brigitte’s shield bashes, or another Orisa’s “halt”). Roadhog is her main partner in crime, with Orisa’s hero-grabbing “halt” ability serving up tasty morsels for Roadhog to snag with his hook and drag into often-fatal territory. Orisa and Roadhog are generally complemented by area-of-effect healers like Lucio and Moira, as well as two DPSes so previously uncommon that their unpopularity inspired memes: Mei and Reaper.

Now Reaper acts as a tank buster once teams inch into each others’ ranges, and Mei is the closer with copious ice-based crowd control, obscene survivability, and an ult that can freeze everybody in a small radius. That last part is key, because when two teams are running this comp, fights tend to be of the up close and personal variety. A well-timed Mei ult can — and often does — wipe out an entire team.

This composition, obviously, is not GOATS, which typically involved three tanks, three supports, and negative one billion Meis and Reapers. Viewers, however, are already starting to complain about it, with Twitch chat spamming things like “Mei meta is trash” and “This looks like GOATS” almost any time there’s a lull in the action. It might seem like a strange thing to say about a brand new meta, but the problem, for some viewers, lies in the cadence.

“From the viewer experience, it was the play style that I feel left a lot to be desired for the viewers,” said one fan in reference to GOATS on the Competitive Overwatch subreddit. “You generally grouped up, pushed in, used your ults in a very formulaic fashion, and rinse and repeat… For the most prevalent 2-2-2 comp right now (not the only one, I admit — but the most prevalent) you group up, push in, use your ults in a very formulaic manner, and rinse and repeat. The actual play style of the meta, from a viewer perspective, hasn’t really changed.”

When longtime Overwatch fans think DPS, they imagine Genji sailing through the air, his sword pulsing with righteous fury. They don’t imagine Mei freezing Genji into a glowing green popsicle and then popping his head with a single click. Both these things are viable and intended parts of Overwatch’s DPS spectrum, though. Mei is meant to counter hyper-mobile DPSes. Despite that, the most vocal niche of Overwatch League’s already-niche fanbase wants high-flying, high-mechanical-skill action. Some of them can appreciate the tactical skill that goes into crafting ironclad compositions, but if it makes for slow-paced, predictable action on the field, they seem to quickly tire of it.

It’s also important to note that fans have tired of basically every dominant meta — even the now-fondly-reminisced-about, DPS-heavy “dive” meta from 2017. What some of these viewers seem to actually want is constant change.

However, it’s also important to note that fans have tired of basically every dominant meta — even the now-fondly-reminisced-about, DPS-heavy “dive” meta from 2017. What some of these viewers seem to actually want is constant change.

“The best period is when the meta breaks and teams theorycraft on the fly,” said one fan on Reddit.

“Which is why we should update the game more often so it keeps happening,” said another.

That’s not really a viable way to run a professional sport, though. Certainly, a degree of unpredictability can be fun, but too much is just chaos. It’s a line that Fortnite’s professional scene has had to walk thanks to Epic’s frequent and ambitious (but also difficult-to-balance) updates, sometimes to the dissatisfaction of viewers and pros.

On top of that, an aggressive update schedule doesn’t leave much space for tactics and metas to evolve organically. When that is allowed to happen, we get some of esports’ most memorable moments. The high point of this season of the Overwatch League, for example, was easily when Shanghai Dragons, 2018’s worst team, cracked the GOATS meta with DPS-heavy compositions and beat three top teams back-to-back-to-back to claim the stage three playoff crown. Nobody saw it coming. It was electric.

Then stage four came along, and with it, so did the 2-2-2 role lock. Suddenly, viewers are feeling fatigued again, in part because of the new meta, and in part because Blizzard’s decision to force a late-season meta shift threw a wrench in all the storylines that had built up over the course of the rest of the season.

Esports journalist Yiska likened it to Game of Thrones, of all things.

“You have the juicy build-up of the first 3/4th of the series developing all these intricate storylines which feel authentic and follow a consistent and sensical narration,” he said on Reddit. “Teams like Valiant improve drastically in an established meta and fight back. Shock has to suffer through the first stage playoffs and experience defeat in the final only to come back in the stage two finals, all on even grounds… Everything feels earned.”

Then, stage four and role lock came along: “Suddenly, without any build-up at all and us really getting a sense of character development, the Justice are one of the best teams in the world and stand a chance against everyone. Corey disposing of the Titans feels as rewarding as Arya jumping through an interdimensional portal to kill the Night King. NYXL went completely insane for no good reason and Daenerys the shit out of their season. The Shanghai Dragons, who were on top of the world in the stage 3 playoffs, lose to the Defiant, making as much narrative sense as Rhaegal getting shut down by the iron fleet.”

When last season’s big pre-playoff meta shift happened, you could at least trace it back to a starting point. Stories still had continuity. Here, that’s not the case, so it’s harder to feel invested in these unexpected upsets. On the upside, the current meta still has plenty of room to grow and evolve.

It’s only been around for a few weeks, and we’re starting to see more and more appearances from DPSes like Widowmaker, Hanzo, Pharah, and Doomfist. Also Symmetra??? Heck, San Francisco Shock’s Jay “Sinatraa” Won even pulled off a classic Genji ult over the weekend. With season playoffs fast approaching, there’s still time for things to heat up — or at least get a little warmer. Here’s hoping they do.