The Sims Is At Its Best When It Goes Full Ham

Lurking just beneath the normal facade of The Sims is some truly weird shit, from dead ghost clowns to creepy alien babies.

The franchise has always been more than a little bit strange, and now, with the announcement Realm of Magic, it's set to get a lot stranger. It's an expansion I'm welcoming with open and eager arms, because The Sims is at its best when it goes full ham.

Every Sims game since the original 2000 entry has featured magic in some capacity. The original was home to the iconic Makin' Magic expansion that introduced spellcasting, skeletons and charms. The Sims 2 added witches via its Apartment Life expansion, and The Sims 3 became home to werewolves, vampires, fairies and witches in The Sims 3: Supernatural. Now, it's The Sims 4's turn.

The Sims has always been equal parts wish fulfilment fantasy and pleb life simulator, letting players do whatever they want with their digital family. Sometimes, wish fulfilment is simply owning a home, and sometimes, it's becoming a soul-sucking vampire and/or witch. With The Sims 4's vampire expansion, one half of that wish fulfilment was already complete. With the Realm of Magic expansion, now the second half can come true too. 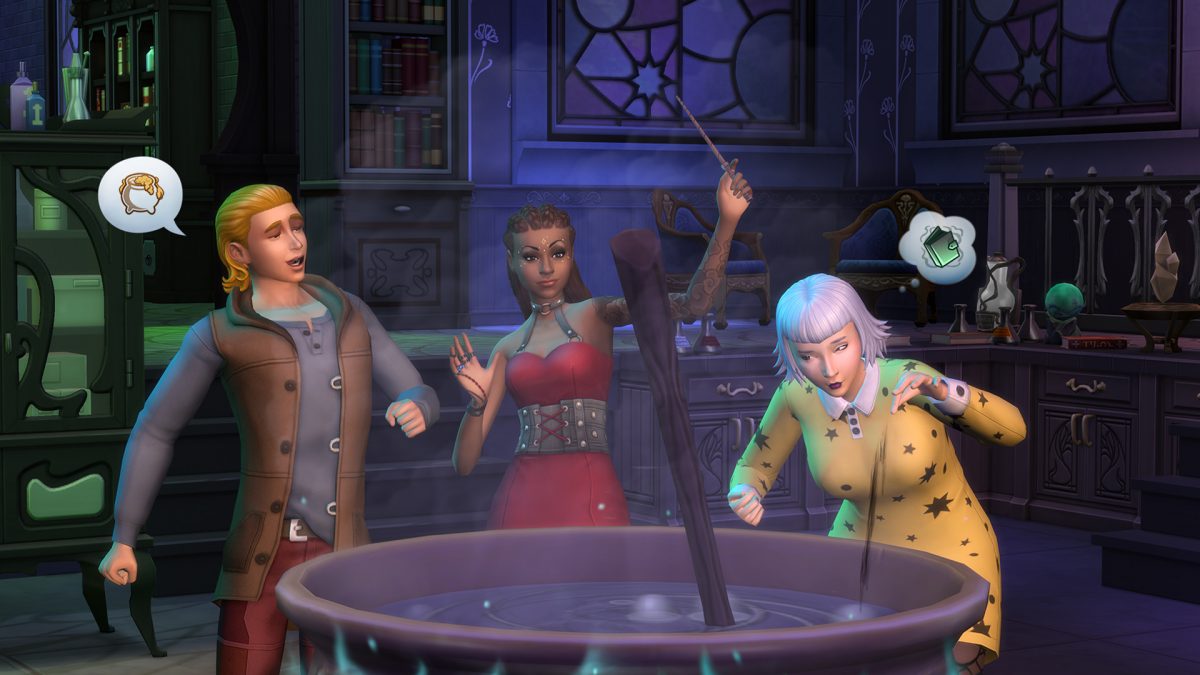 It's been a long time since The Sims had a great witchy expansion, with Apartment Life featuring a tacked on witch life state and Supernatural featuring a range of life states but not really building out the capabilities of any of them.

Makin' Magic, where it all started, was fantastic in that regard because it gave players a progression system, as well as a spells and charms to master along the way. Basic witches and wizards could turn people into frogs, but more advanced ones could spell their way to stardom, create living gnomes, make people fall in love — you name it. Sims also earned a new currency for their witchy ways that could be spent in Magic Town for magical ingredients like Clown Confetti and Llama Spit.

Spend enough time honing your Sim's magic skills, and they could enter duels and magic shows, which earned them more gold to spend in Magic Town, and greater spell capabilities.

The most skilled among the magical folk could also plant a magic beanstalk and watch it grow to heights so ridiculous that it would disturb the land of the giants. It meant that players kept coming back to The Sims time and again to work on their magic and status in witchy Sims society.

The Sims 4 often lacks this sense of purpose, making it a simulator you jump into for a few hours to build a house and a family, and then quickly tire of. The additional expansions, particularly StrangerVille went some way towards building that purpose and creating excitement and intrigue in the game, but even so, the game still hasn't quite got its hooks in me.

With Realm of Magic, I can see that changing.

The expansion looks gorgeous. It features a brand new town called Glimmerbrook, located in the vast void of magical space, and the trailers show off a great deal of spellcasting, potion-making and mayhem — all of the hallmarks of a great Sims expansion. Finally, the lowly vampires of Sims society will be able to make friends with other magical folks, and that's great.

Whether it lives up to all the promise that the trailer sets out is yet to be seen, but for now, I fully expect to sacrifice copious amounts of my time at the alter of The Sims 4: Realm of Magic.

I feel like I've been preparing for this moment all my life.