The funny thing about being an adult who’s into comics is how you become accustomed to reading stories that graze up against things like sex and real-world politics just slightly enough to convey that while the creative wants you to think about them, the publisher might not exactly be comfortably proclaiming it out loud. So, you have to fill in the blanks a little bit.

But every so often, you come across a book — or in this week’s case, two books — that instead understand that there’s an audience for stories that lean into their inherent screwiness or that make pointed statements about political anxieties. 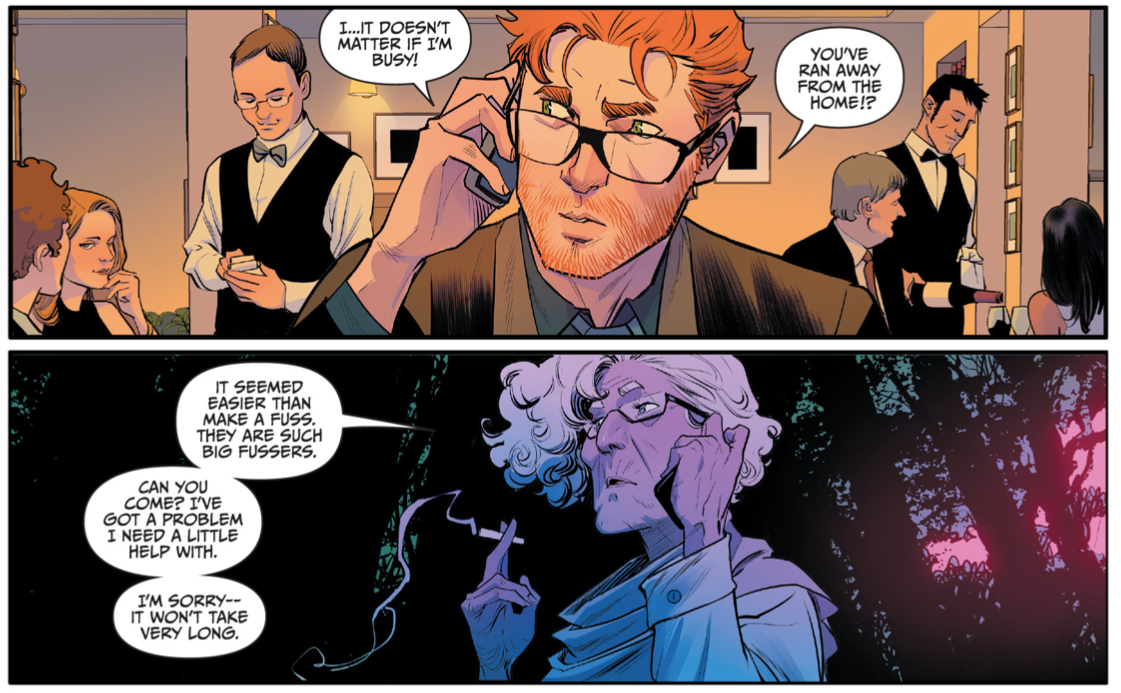 Boom Studios’ Once & Future, from writer Kieron Gillen, artist Dan Mora and colourist Tamra Bonvillain, is a comic whose premise becomes more intriguing and meaningful the more you understand that it’s a story about the concept of British identity as well as Arthurian mythology.

On its face, Once & Future tells the story of Duncan, a well-meaning, rather naive young man whose grandmother Bridgette has been keeping a secret from him for his entire life.

While Duncan’s been made to believe that the world’s a generally mundane place, Bridgette reveals to him that, in reality, the world is teeming with all manner of mythical monsters and she’s spent a significant portion of her life hunting them.

When an important Arthurian relic is stolen by a group known as the Nationalists, Bridgette reasons that the time’s come for her to ditch retirement and get back to the family business, and she’ll need Duncan’s help along the way.

Once & Future’s first issue opens with a fluid, cinematic quality that immediately draws you in and puts you in the right mindset to appreciate Mora and Bonvillain’s lush action sequences, but it’s Gillen’s thinly-veiled political subtext that makes the book feel distinct and like something you should sit with and contemplate after you’ve finished reading it.

By using the trappings of Arthurian lore, Once & Future explores the idea that the rise of social conservatism and nationalism within any particular country is inexorably tied to the ways people think about, and use, the folklore they associate with their nation’s identity. (Kieron Gillen, Dan Mora, Tamra Bonvillain, Ed Dukeshire, Boom Studios) 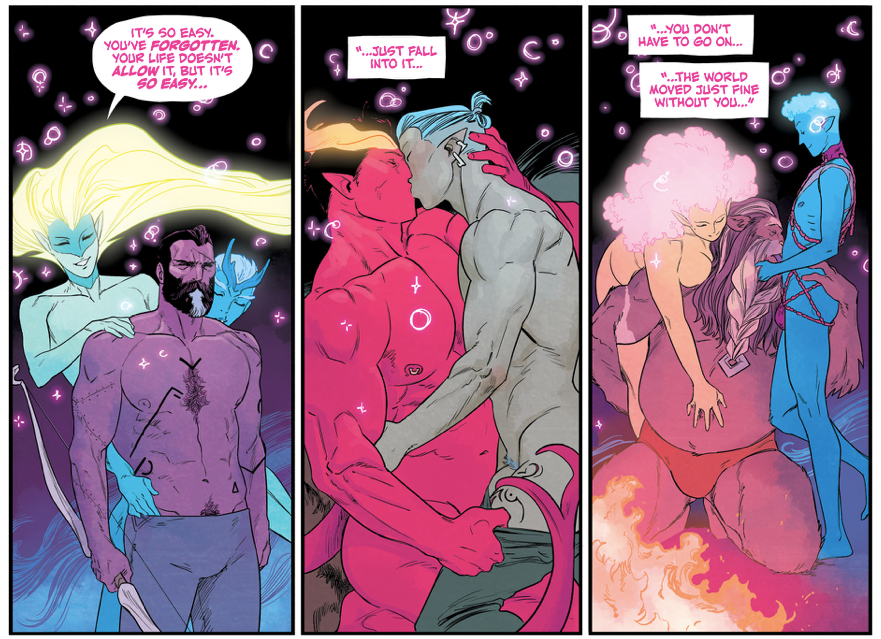 There’s a certain amount of commitment that comes along with getting into a new high fantasy series, because typically, one has to spend a significant amount of time getting to know characters and their places in the world before the story begins to mean much of anything.

Image’s The White Trees from writer Chip Zdarsky, artist Kris Anka and colourist Matt Wilson doesn’t exactly get around the need to stop and build its world out before the first issue kicks into gear.

But rather than making it absolutely necessary that you fully understand the larger world’s history and dynamics, The White Trees instead uses its trio of leading heroes to illustrate how this world has changed people.

After becoming heroes in a glorious but devastating war long in the past, Sirs Krylos the Bold, Scotiar of Blacksand and Dahvlan the Swift have all gone on to live peaceful lives where they’ve all found love and some degree of happiness.

Krylos, a widower, spends his days tending to his farm, while Scotiar and Dahvlan live together in romantic bliss, raising Dahvlan’s daughter from a previous marriage.

When Krylos and Dahvlan’s children are kidnapped, The White Trees’ adventurers realise that retrieving them is likely to spark another conflict and bring them all back onto the battlefield, but it’s something they’re all willing to risk because they’ll stop at nothing to protect their loved ones.

All of that is rather standard high fantasy fare and makes for a solid narrative base, but what makes The White Trees feel distinct is how both the book’s script and its visuals focus more on intimate character development as opposed to plot logistics.

Krylos is introduced as being a stoic, Kratos-type of a man with a strained relationship with his son and an overall difficulty connecting with people in the wake of his wife’s death. But The White Trees has no shortage of quiet moments where you see Krylos’ interior self and the way he understands his emotional failings and wants, on some level, to work on them.

Through Scotiar and Dahvlan, The White Trees establishes some of the world’s sexual and social politics simply by having the pair interact with one another in a way that speaks to the dynamics of their relationship and not just their sexual desires. (Chip Zdarsky, Kris Anka, Matt Wilson, Aditya Bidikar, Image Comics)