What Mixer Has That Twitch Doesn’t (Besides Ninja) 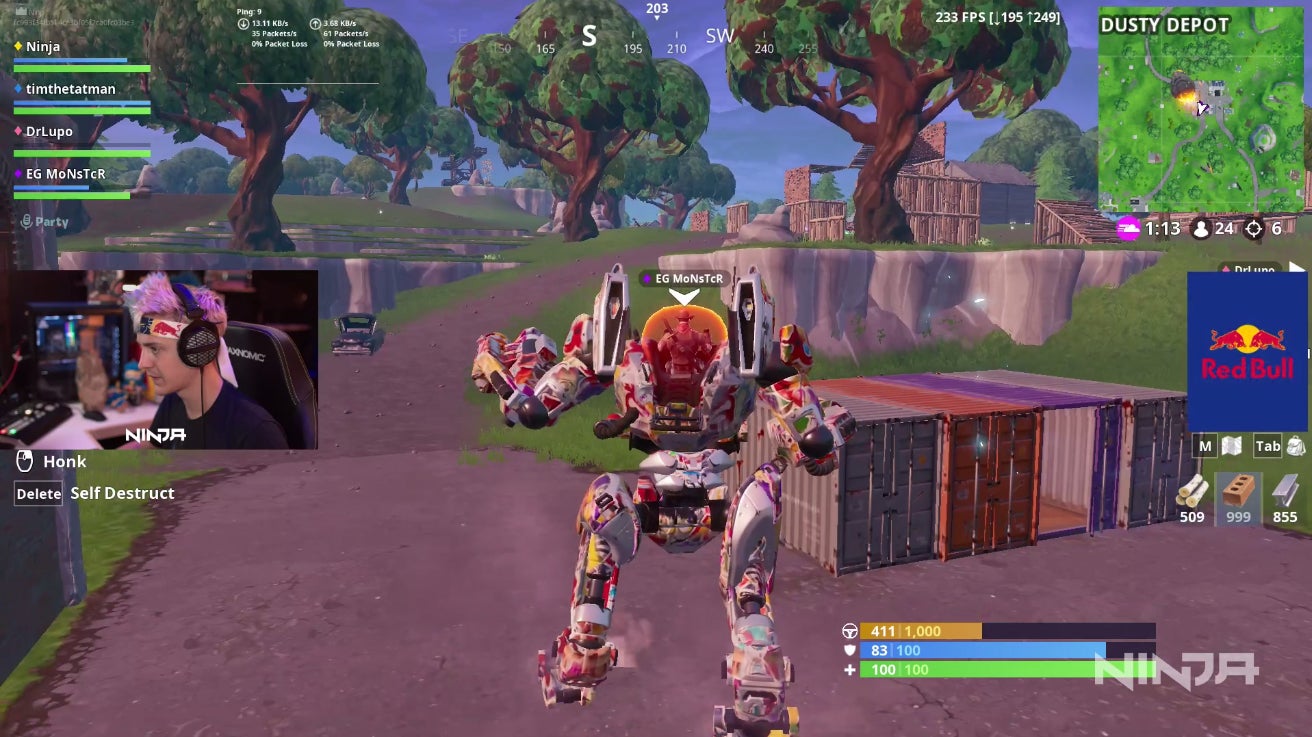 Image: Ninja on Mixer
Facebook may have decided that you shouldn’t see the news, but we think you deserve to be in the know with Kotaku Australia’s reporting. To sign up for our daily newsletter covering the latest news, features and reviews, head HERE. For a running feed of all our stories, follow us on Twitter HERE. Or you can bookmark the Kotaku Australia homepage to visit whenever you need a news fix.

Microsoft recently put their streaming service Mixer back in the spotlight by securing exclusive rights to Tyler “Ninja” Blevins, who had been one of the top streamers on Twitch. Exclusive streamers aside, there are several compelling reasons to stream and watch streams on Microsoft’s platform instead of Amazon-owned Twitch.

Mixer started life as Beam, an independent streaming service launched in January 2016. Microsoft purchased Beam in August of 2016 and was renamed Mixer due to the name Beam not being available for international use.

Mixer’s basic functionality is the same as Twitch. Players use the service to stream their gameplay over the internet, either directly from PC or Xbox One or from other consoles using capture hardware connected to a PC. Streamers on Mixer earn money by soliciting donations or subscriptions from viewers.

So what makes Mixer different?

One of Mixer’s defining features is its focus on community interaction. The service boasts extremely low latency between streamers and viewers, allowing for timely interactive features. Instead of a 10-20 second delay between broadcast and viewing, Beam’s low latency protocol lowers the delay to under a second, making interaction between watchers and players more immediate.

These interactions generally manifest in the form of viewer-activated buttons. There can be voting buttons along the side of the stream, interactive commands overlapping the stream and easy access donation buttons. So many buttons. 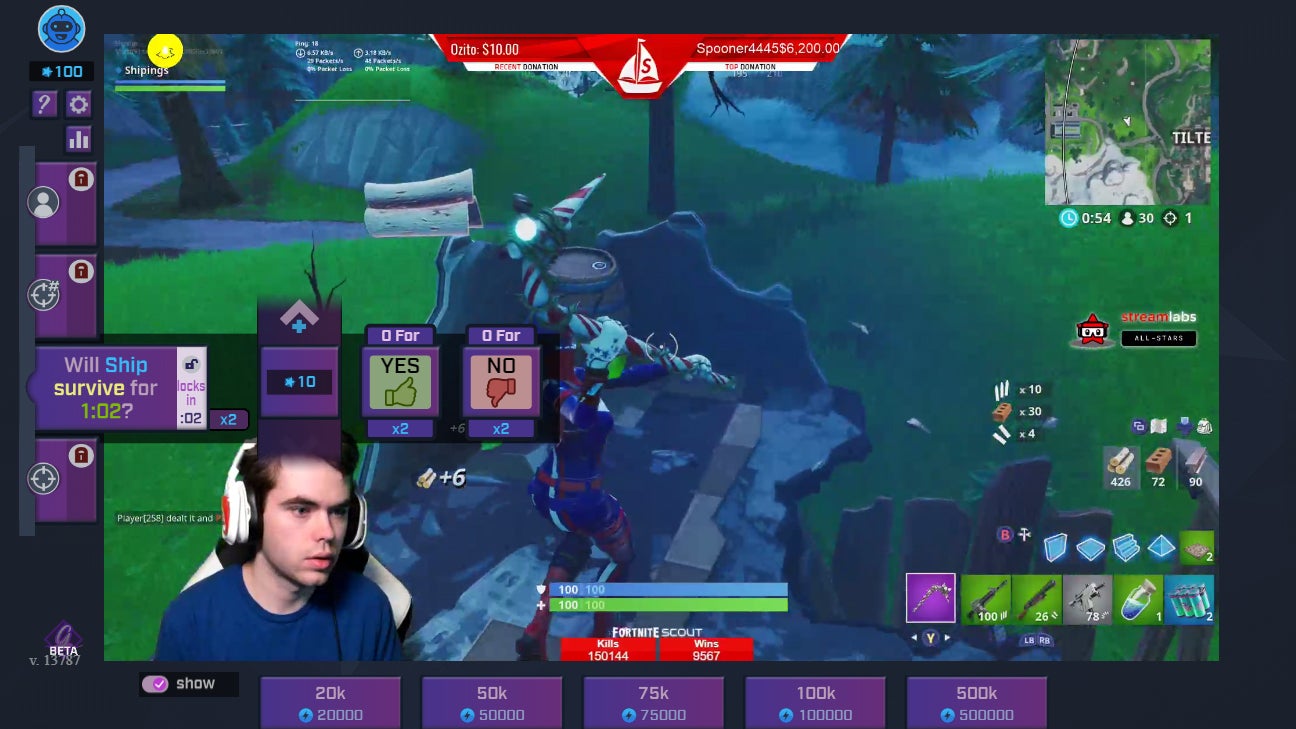 In the image above, streamer Ship has set up a mini-game where viewers can predict events that occur during rounds of Fortnite. At the beginning of each round spectators receive 100 stars to wager, winning or losing stars based on the accuracy of their predictions. It’s a fun little activity that makes viewers feel more connected to what they’re watching. 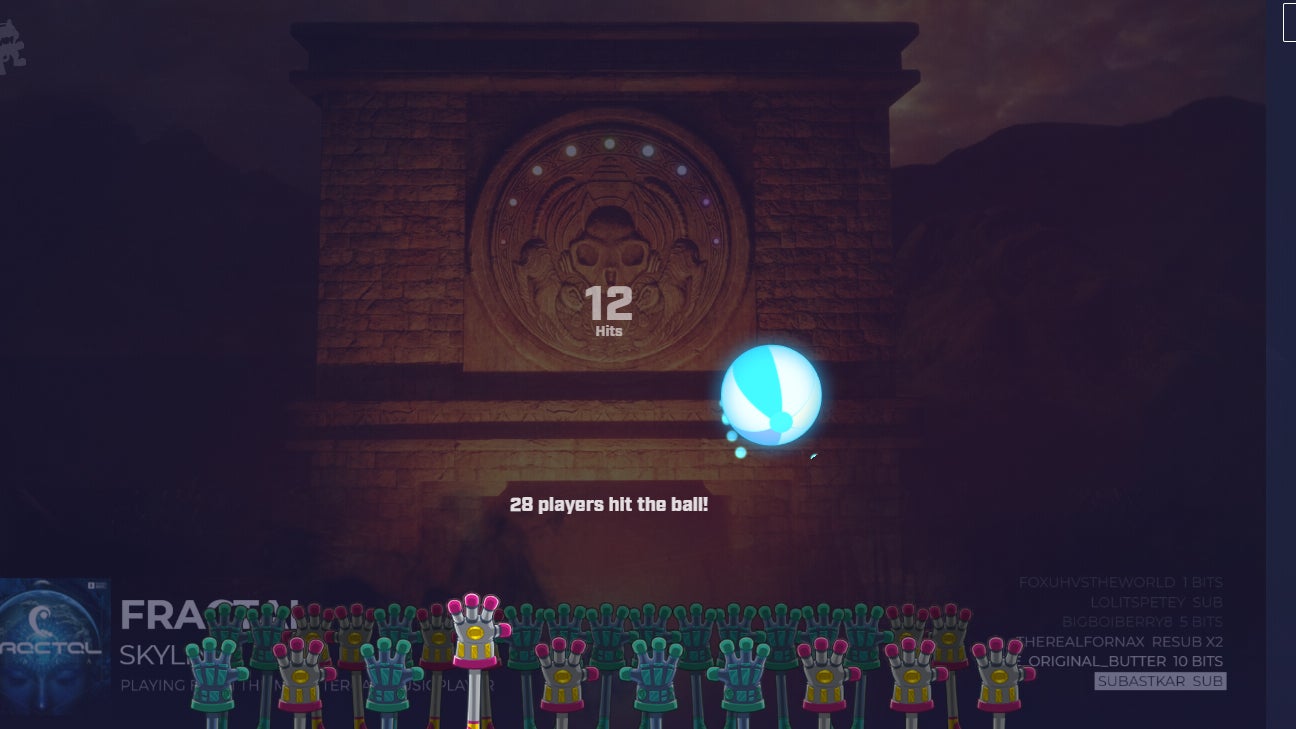 I’m particularly fond of the silly beach ball interaction, which drops a ball on the screen and tracks how many users click on the hands at the bottom of the screen to keep it bouncing. It’s what Mixer calls a “rally,” a special skill viewers can activate that other viewers can participate in. These and other skills unlock as viewers experience levels increase. Which leads us to…

As users watch Mixer streams, they gain experience points. Everyone loves gaining experience points. When enough experience points are gained, a user increases their experience level. This grants them access to more emotes and skills, used to express themselves as they watch their favourite streamers play. Mixer effectively turns watching other people play games into a game. 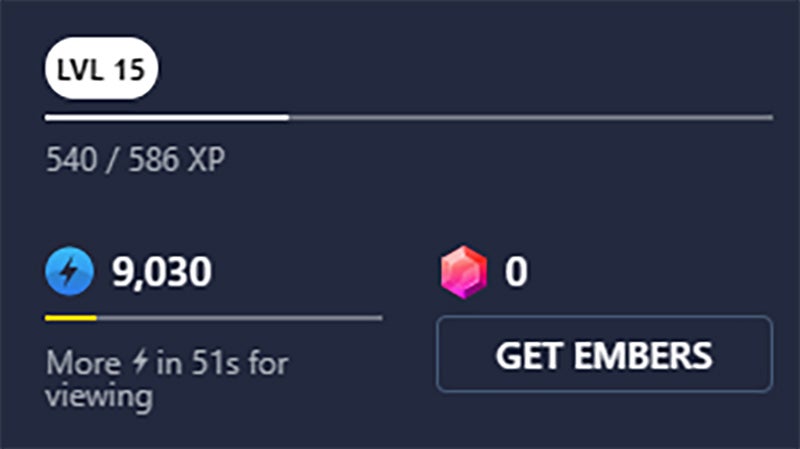 I am currently level 15, just from tuning into random streams sporadically since early 2018. I earn experience points automatically while watching. A little box in the top right of my screen keeps track of how much experience I am accumulating and how much I need to reach the next level. I’ve got a long way to go to level 40, when I unlock the “Piece of Me” effect. 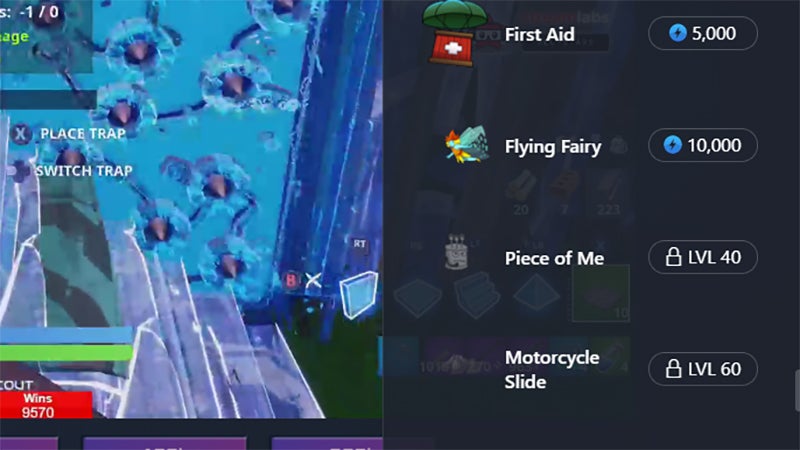 Users also earn an in-app currency called Sparks as they watch or broadcast on Mixer. Sparks are what viewers use to activate skills, enable interactive features, and use community-created apps. Using Sparks during the streams of partnered Mixer streamers contributes to the financial rewards they receive from the service. Otherwise, Sparks are just a neat way to make some noise and express yourself while watching others play.

In March, Twitch launched a featured called Squad Streaming for partners. Mixer’s been doing it since 2017, allowing groups of up to four players to merge their streams into one. Watching co-op online games is much more satisfying when you can see the action from every player’s perspective. 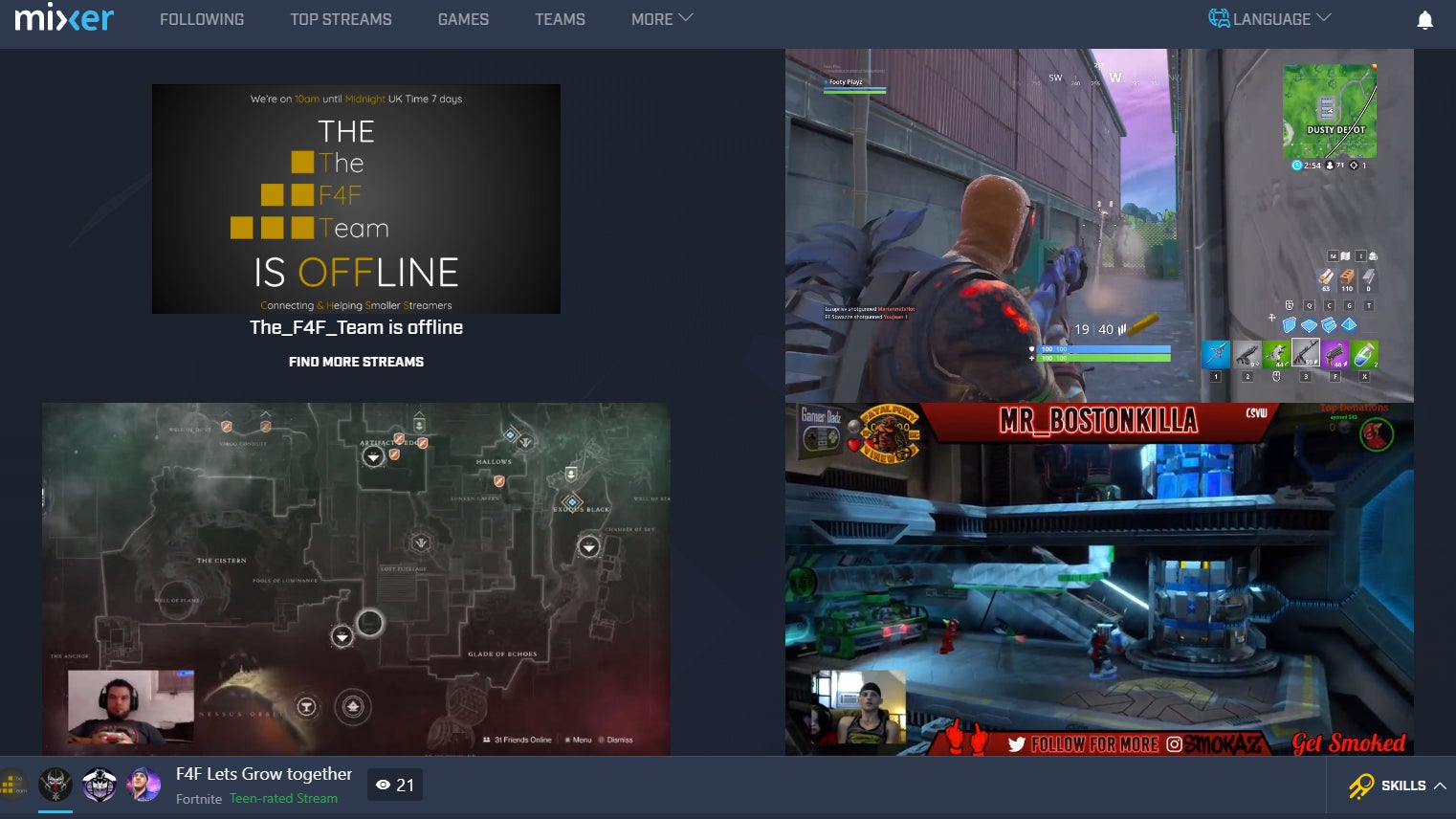 Twitch has dominated game streaming for so long now, it’s nice to see someone playing a game surrounded by an interface that isn’t the same old white and purple, watching the same horrible emojis and comments speed by on the right side of the screen. Despite being around for years, Mixer feels fresh compared to Amazon’s streaming juggernaut.

Mixer is also more chill. Even when I watched watched the platform’s recently-acquired superstar alongside 35,000 other viewers, the chat rolled by at a manageable pace. It’s the most relaxed I’ve ever felt watching Ninja stream.

Even with Ninja, Mixer has a long way to go before it’s a serious threat to Twitch’s streaming dominance. It needs to be able to stream natively from platforms other than PC and Xbox One. It needs a lot more viewers.

As I write this, the most-viewed stream second to Ninja’s 30,000+ is Monstercat Radio with a measly 4200. It’s not going to be the most popular streaming service anytime soon, but it’s already a damn good one.