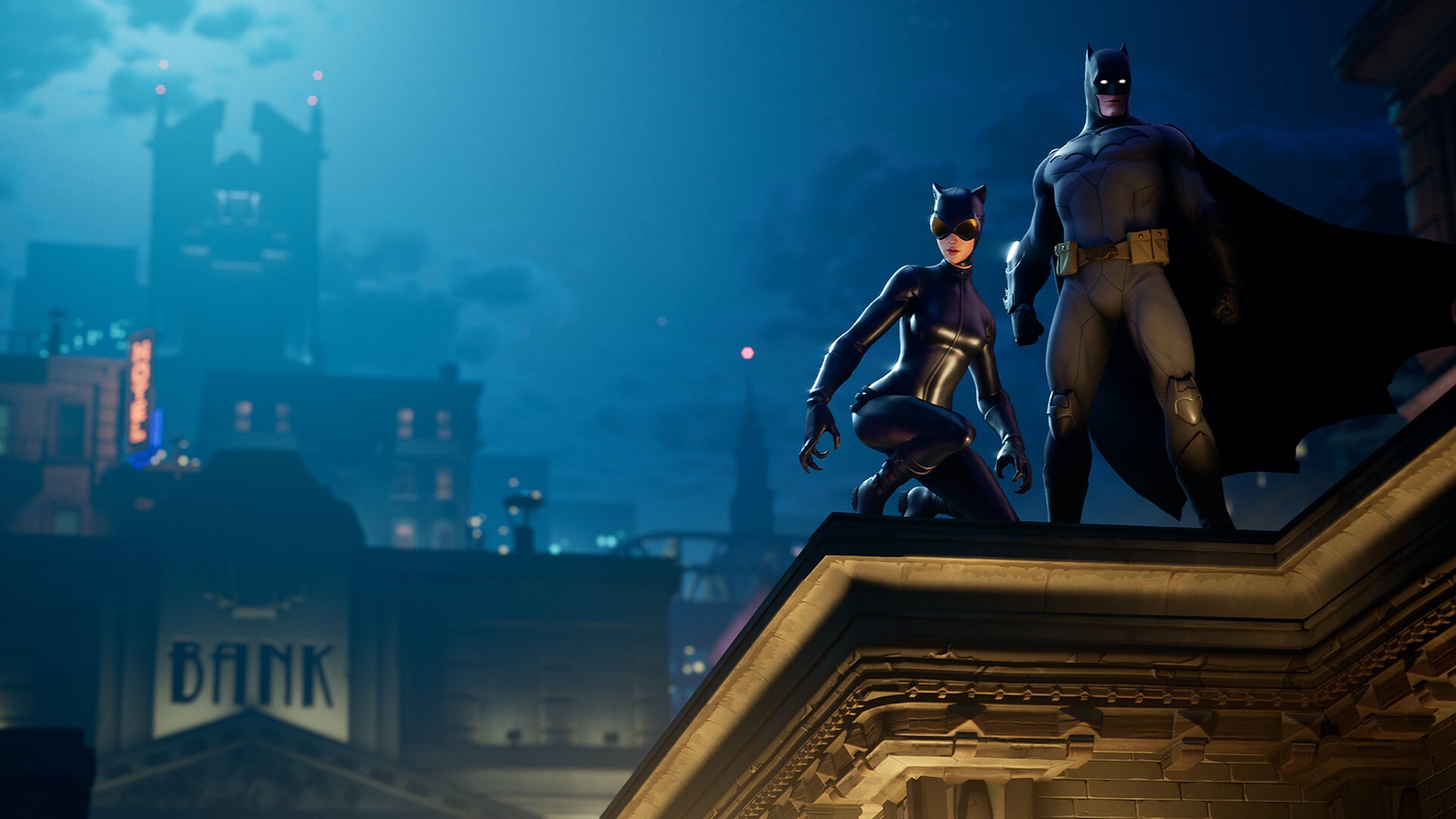 Last week, we celebrated “Batman Day”, an ode to the legendary comics icon. Fortnite has gotten in on this most solemn of occasions by adding new Batman-themed items and turning part of its map into Gotham City.

A livestream announcing the Fortnite/Batman crossover took place on YouTube over the weekend. The brief clip showed new Batman in-game items, such as a Batman-themed grapple gun and homing explosive Batarang, as well as new cosmetics in the shop. Fans in chat were disappointed in the reveal, but they got what they were after: from now until October 7, part of the map is stylised like Gotham City, with players sporting Batman cowls that give them glider redeploy. Completing Batman-themed challenges will earn you rewards like sprays and a glider.

The Batman crossover had been steadily leaking over last week, so none of this is a surprise to many players. Still, it’s nice it’s finally here.