I Love The Posters Found In Control 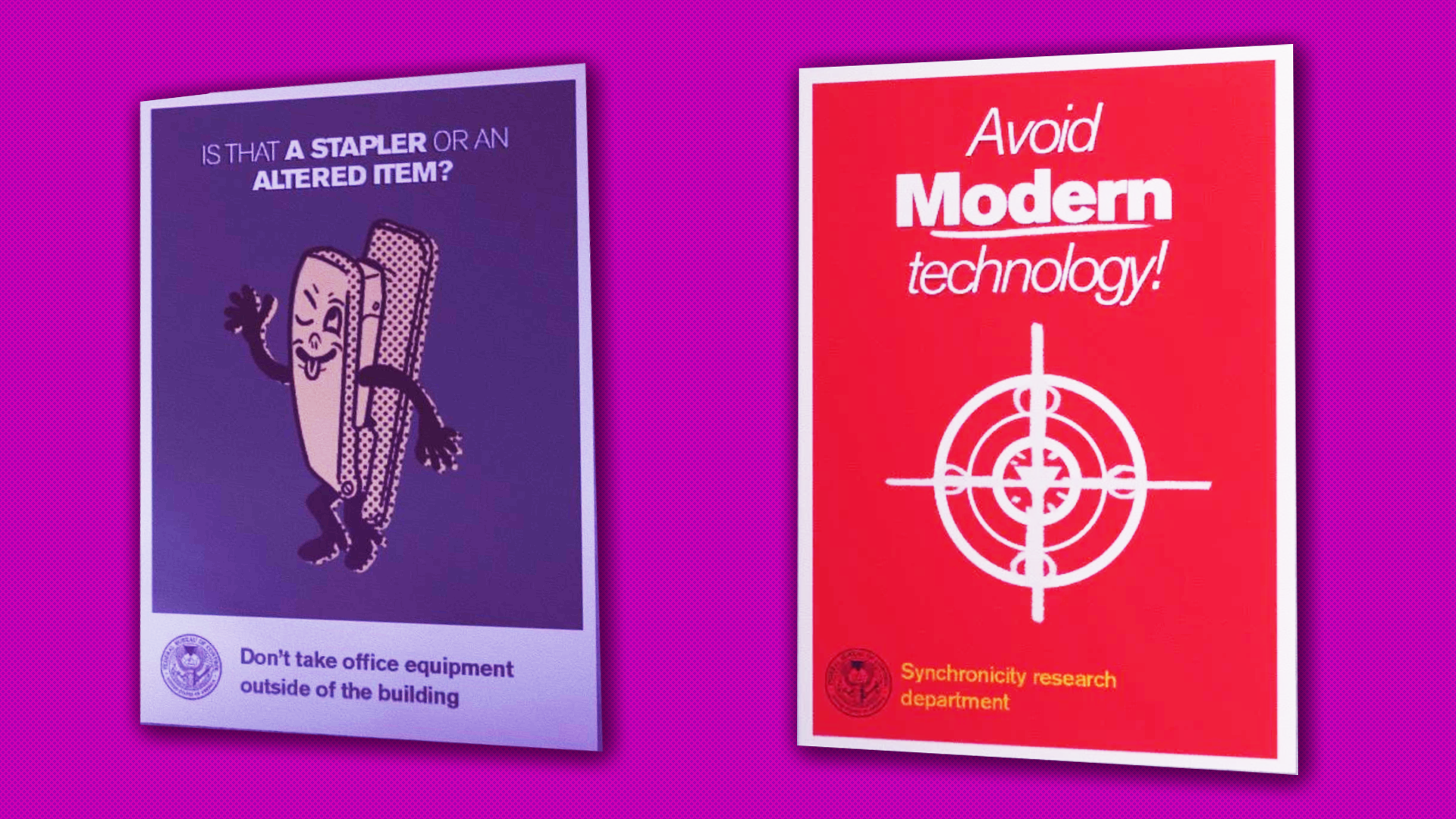 Control is a wonderful game. I can’t stop thinking about it and I couldn’t wait for the weekend to end so I could get back to playing it instead of working. But while many are talking about the incredible visuals or exciting action, I want to take a moment to showcase a small part of the game that you might not have noticed or didn’t look at for long. I want to talk about the fantastic posters found all around the game.

Almost immediately after starting the game I noticed some of these posters, which looked ripped out of the late 70s. Their artwork, their font and their overall look all screamed “retro propaganda.”

At first, I didn’t really notice them or pay attention to them. But eventually one caught my eye for some reason and I realised these weren’t normal posters telling people to “Never share a password” or “Always report any suspicious characters.” Instead, these posters feature messages referencing haunted staplers, evil mould, and other strange things.

These posters are a perfect encapsulation of what I adore about Control. The game takes the mundane and mixes it with the fantastical and supernatural. Posters like this have existed in workplaces and military bases for years. But rarely do they warn employees to not eat mould. 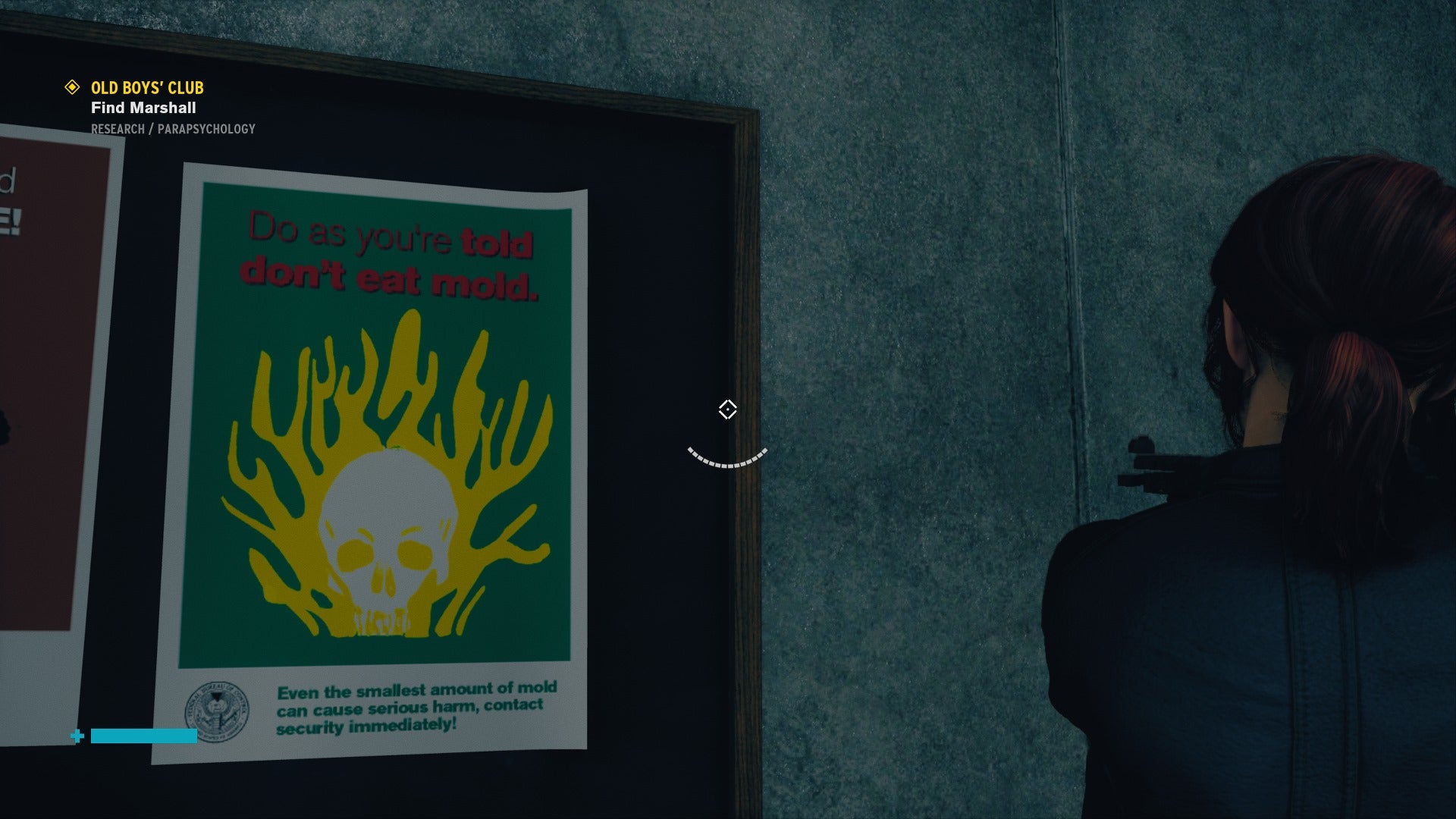 It’s this mix of boring office imagery and otherworldly sights that really help build the world of Control. It often reminds me of The X-Files and how that show mixed dull FBI cars, suits and paperwork with ghosts, aliens and monsters. I could totally see Mulder getting a kick out of these posters.

Here are all the posters I’ve found so far and some thoughts on them. If you have spotted any I missed, share them in the comments below. 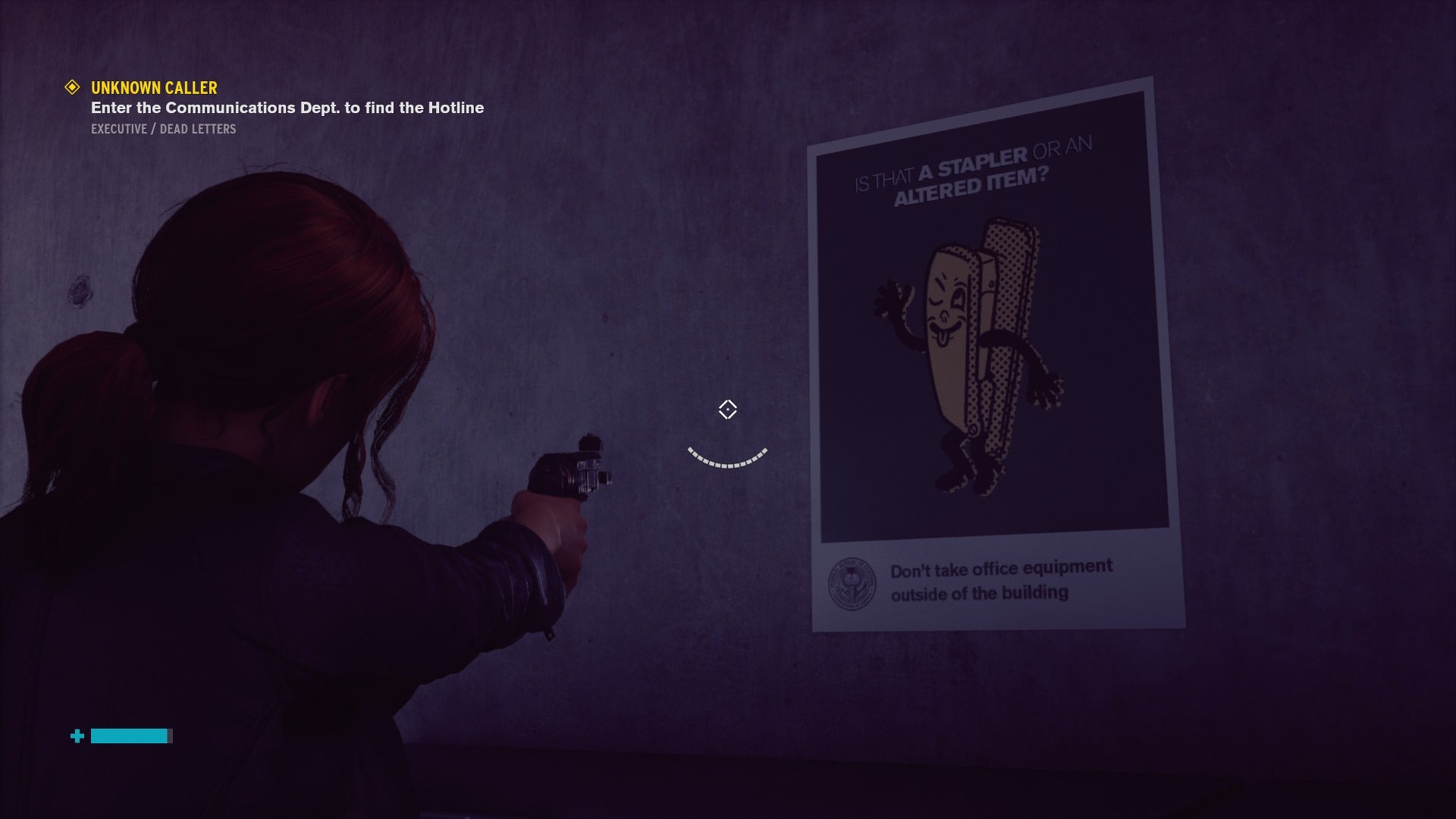 Within the fiction of Control, Altered Items are objects that have paranatural abilities or traits. This is definitely one office you don’t want to steal paperclips from. 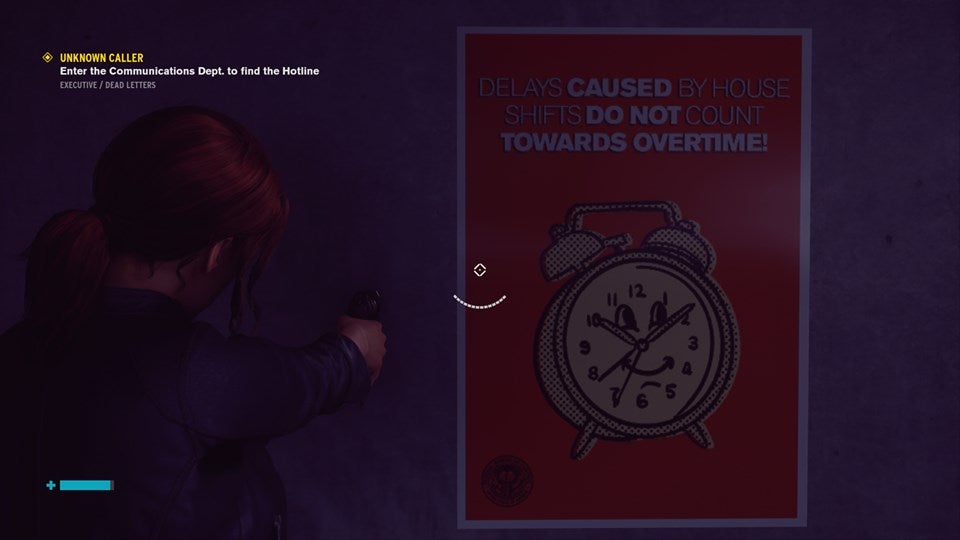 Even in a wacky and strange government agency that monitors supernatural events, management is still a bunch of arseholes. 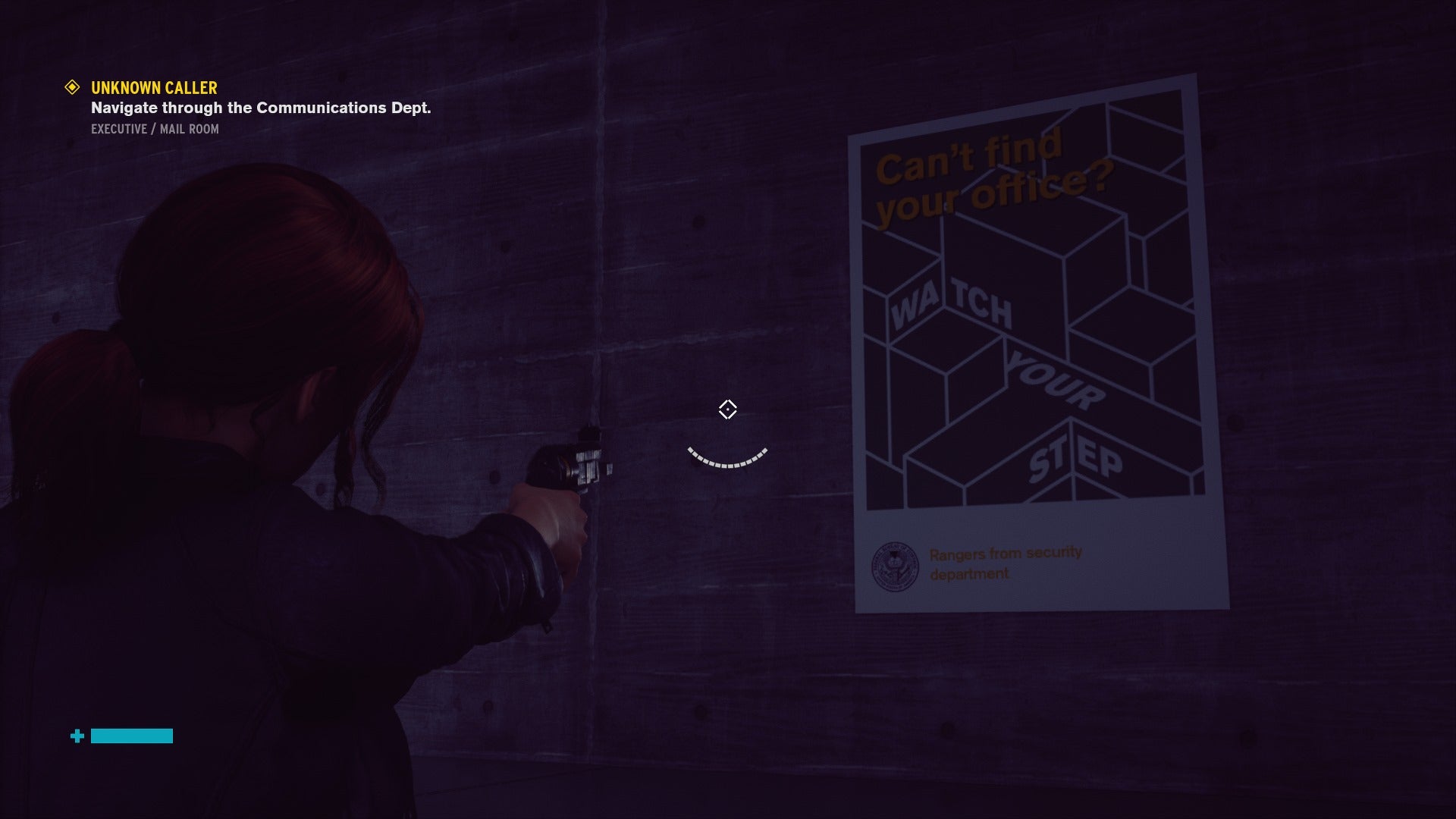 See, I disagree with the poster from before. If I’m wandering around a giant ever-changing building, trying to find my office, I’m working. It’s not my fault that management and the government decided to place my office in this mess. If I spend all day trying to work, I deserve to get paid. 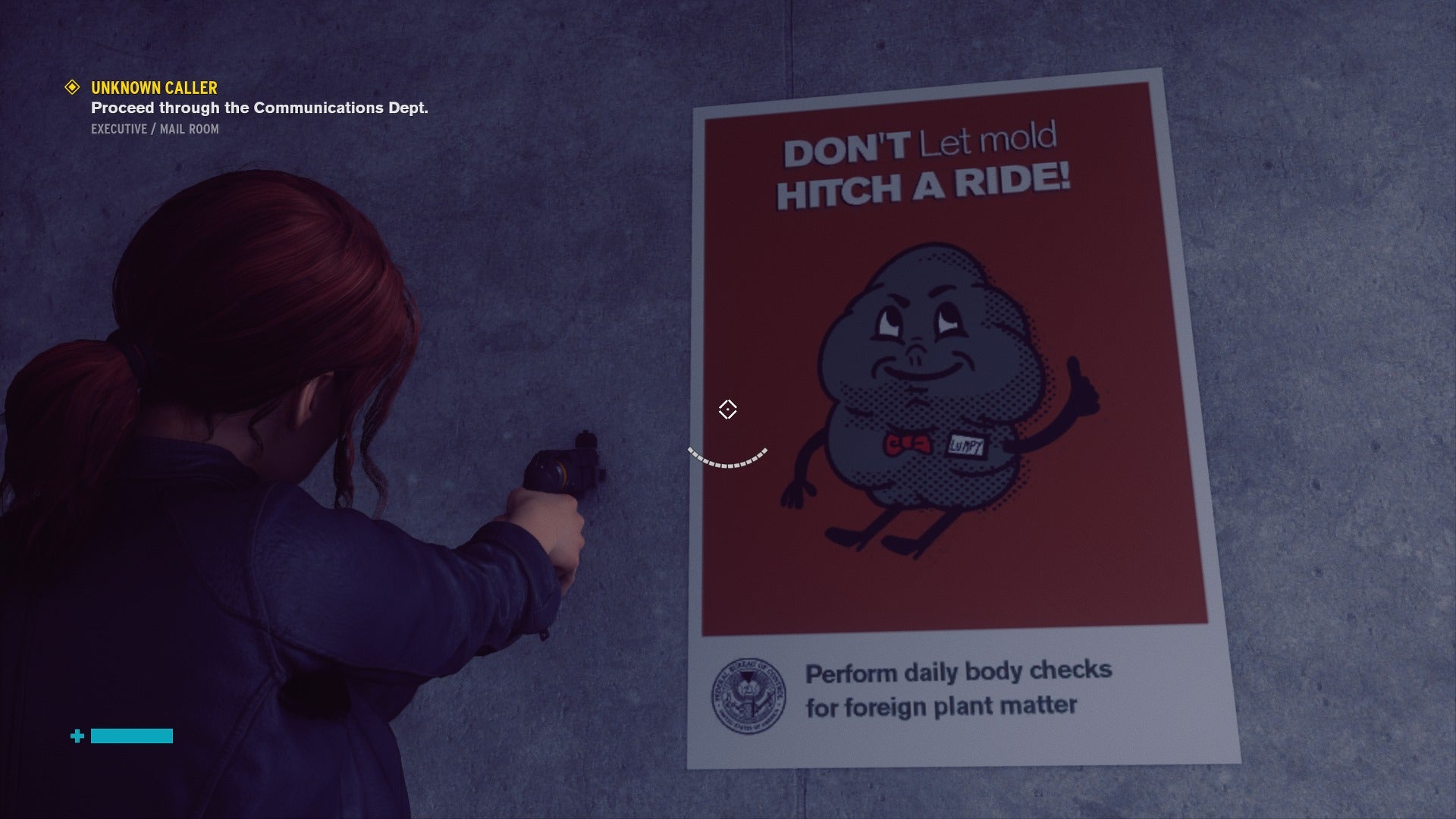 I don’t want to tell the folks at this super-secret and powerful agency how to do their jobs, but that doesn’t look like mould. It looks like a piece of poop with a face. 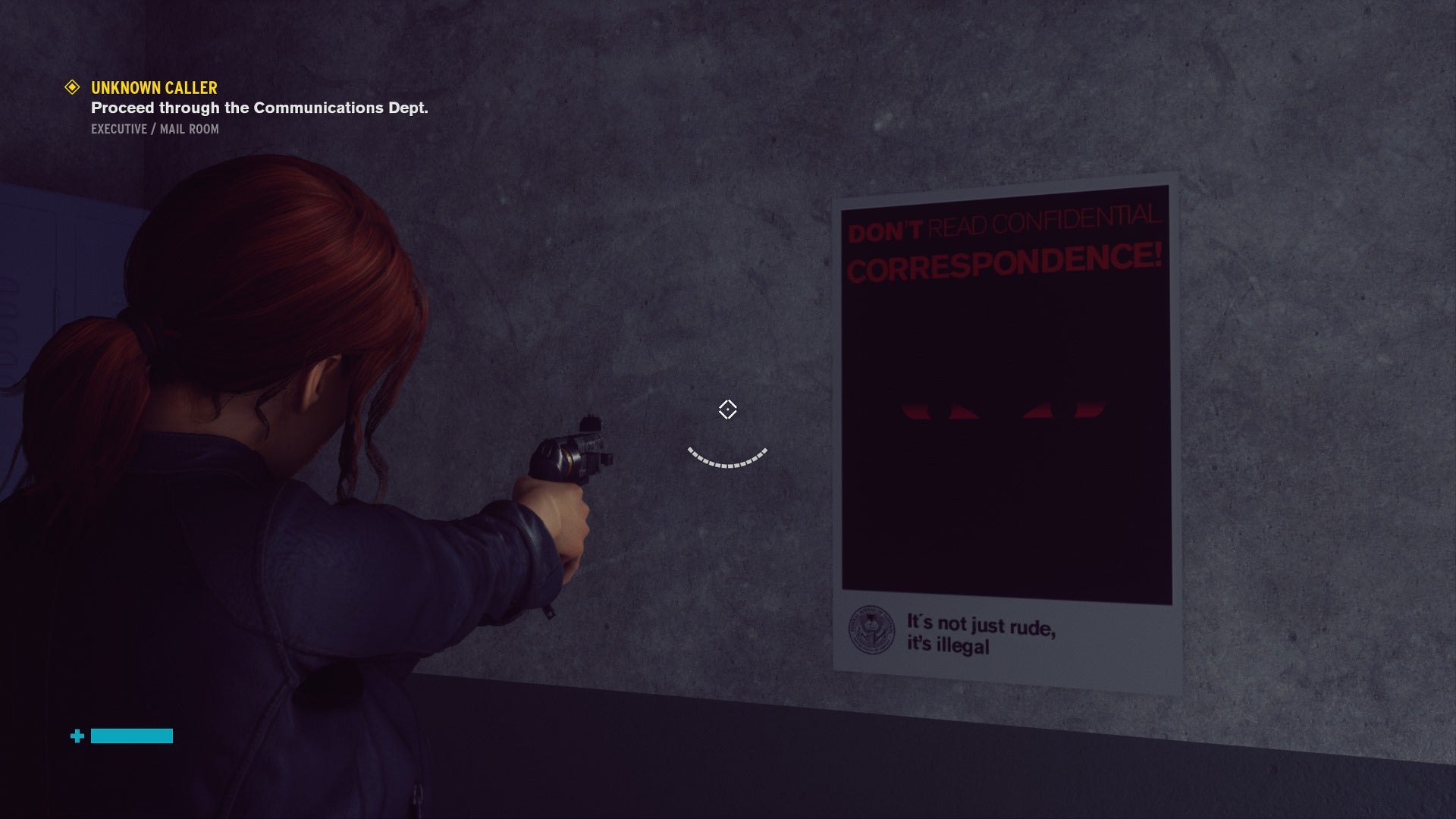 This just feels like a rule put in place to allow managers and supervisors to freely read personal emails and texts. “Yeah, I’m totally working! Don’t even try to check on my computer or you will be breaking the law!” 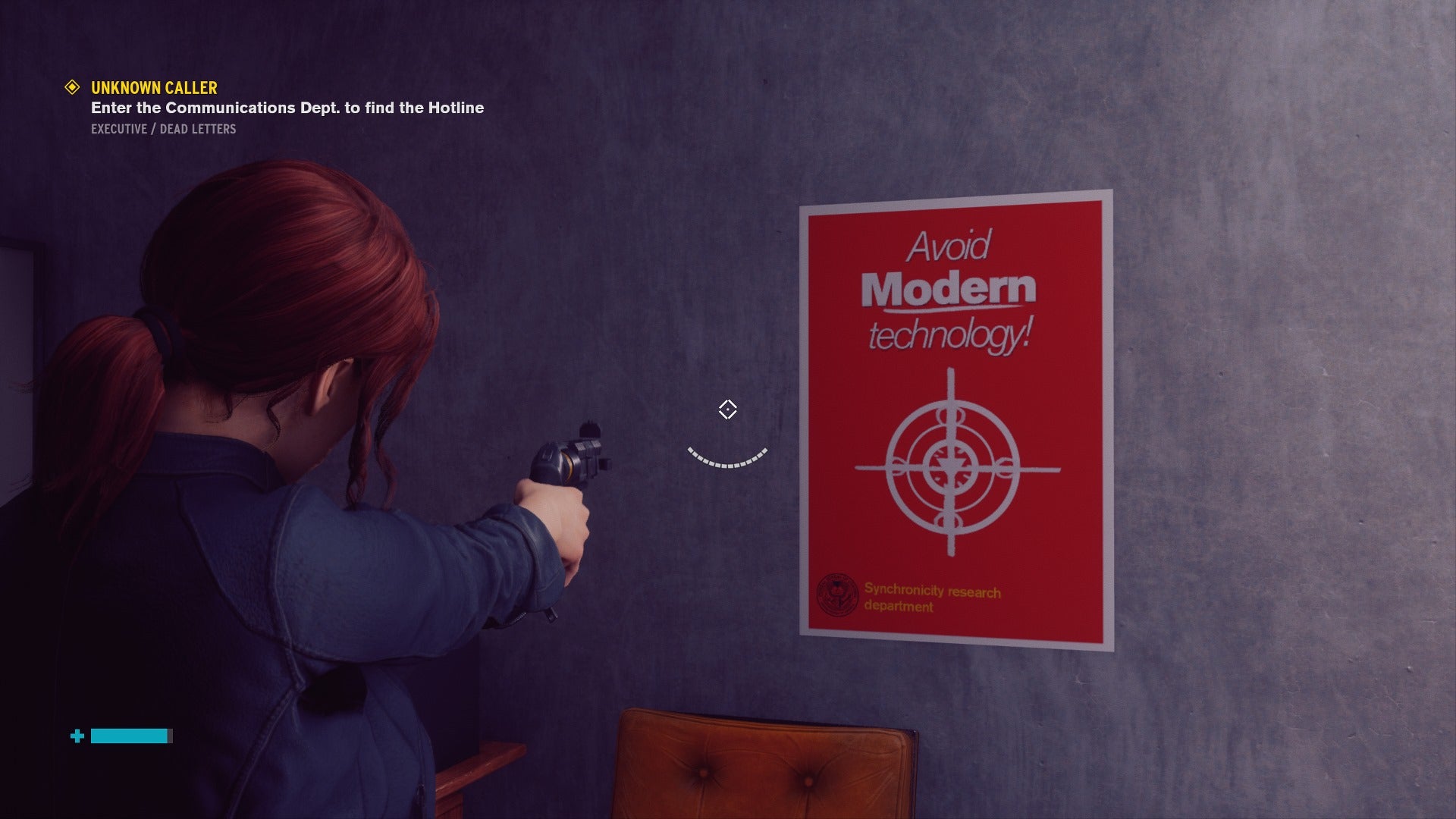 I see the Boomers have been allowed to make a poster for the office. 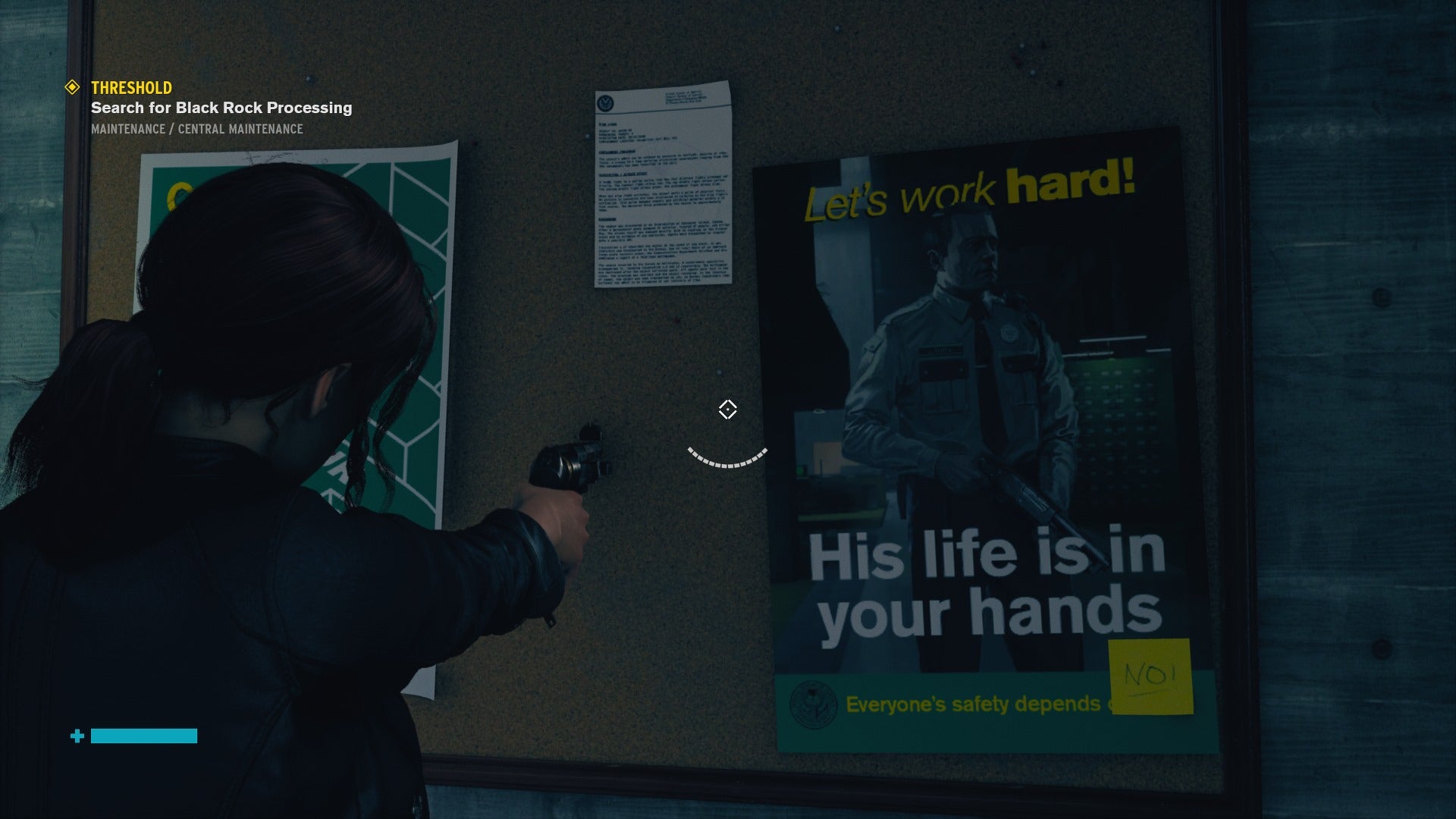 You know that’s a lot of pressure to put on people. Also, that guy has a shotgun. I think he’s good. I do enjoy someone voicing their opinion on this poster with a big Post-It note. 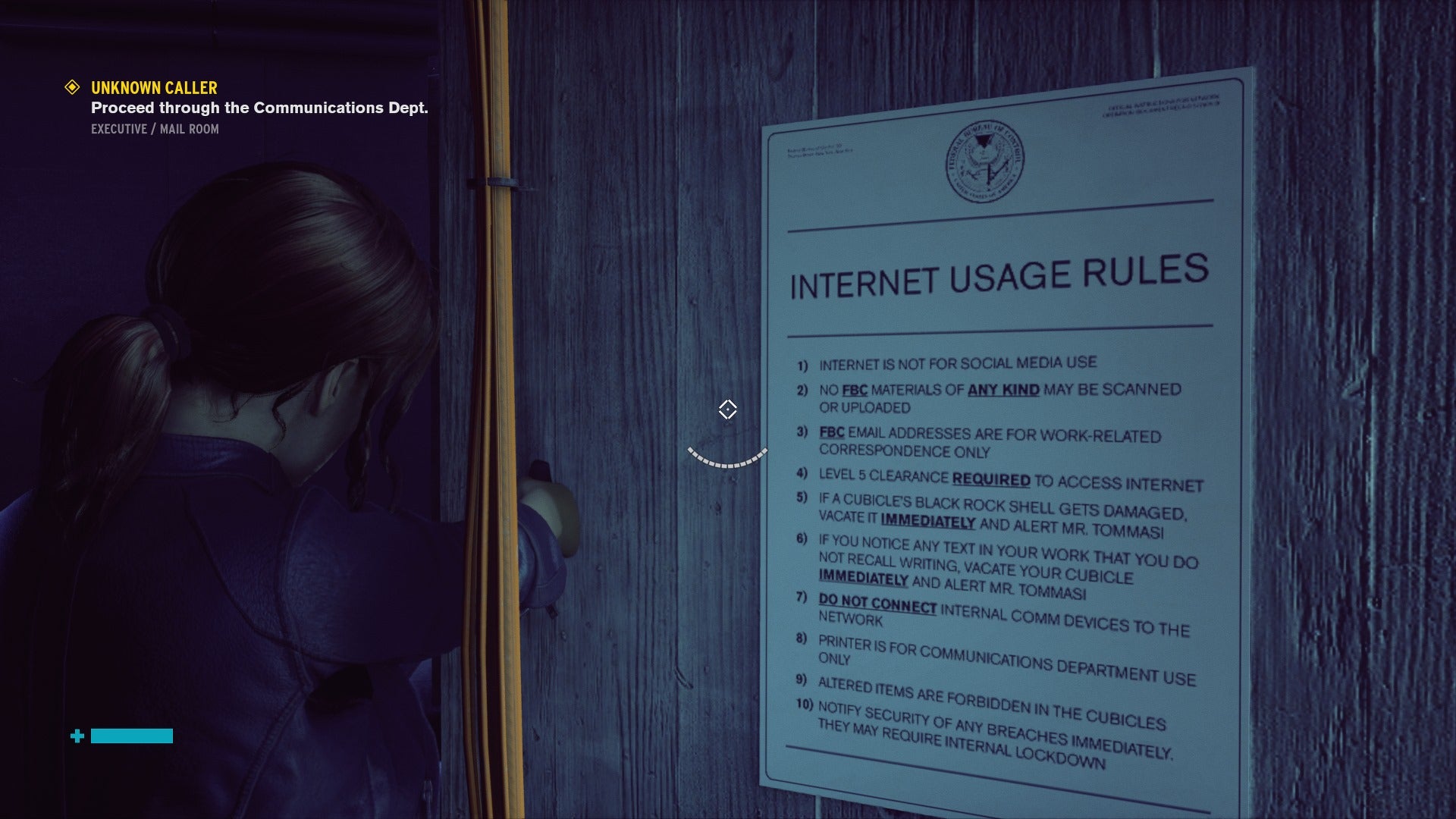 This is a bit different than the other posters, but I wanted to include it because I love how normal it starts out and then it suddenly gets strange. Specifically, rule six.