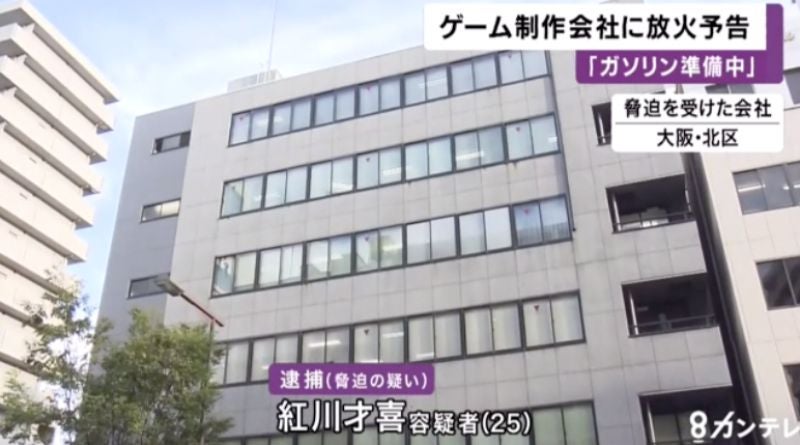 Screenshot: <a href="https://www.fnn.jp/posts/2019090611440402KTV">FNN</a>
To sign up for our daily newsletter covering the latest news, features and reviews, head HERE. For a running feed of all our stories, follow us on Twitter HERE. Or you can bookmark the Kotaku Australia homepage to visit whenever you need a news fix.

A 25-year-old man has been arrested after sending threatening messages to Osaka-based visual novel company Visual Arts. One of the company’s brands, Key, had its visual novels adapted into anime by Kyoto Animation.

According to FNN and MBS (via ANN), suspect Toshiki Benikawa is a 25-year-old from Shizuoka Prefecture. He allegedly sent messages threatening arson and murder to the company and employees last month. On Twitter, he also wrote, “I’m getting the gasoline ready.”

In July, an arsonist set fire to Kyoto Animation, killing 35 employees. In August, a forty-year-old man was arrested after threatening Square Enix with “a repeat of Kyoto Animation.”