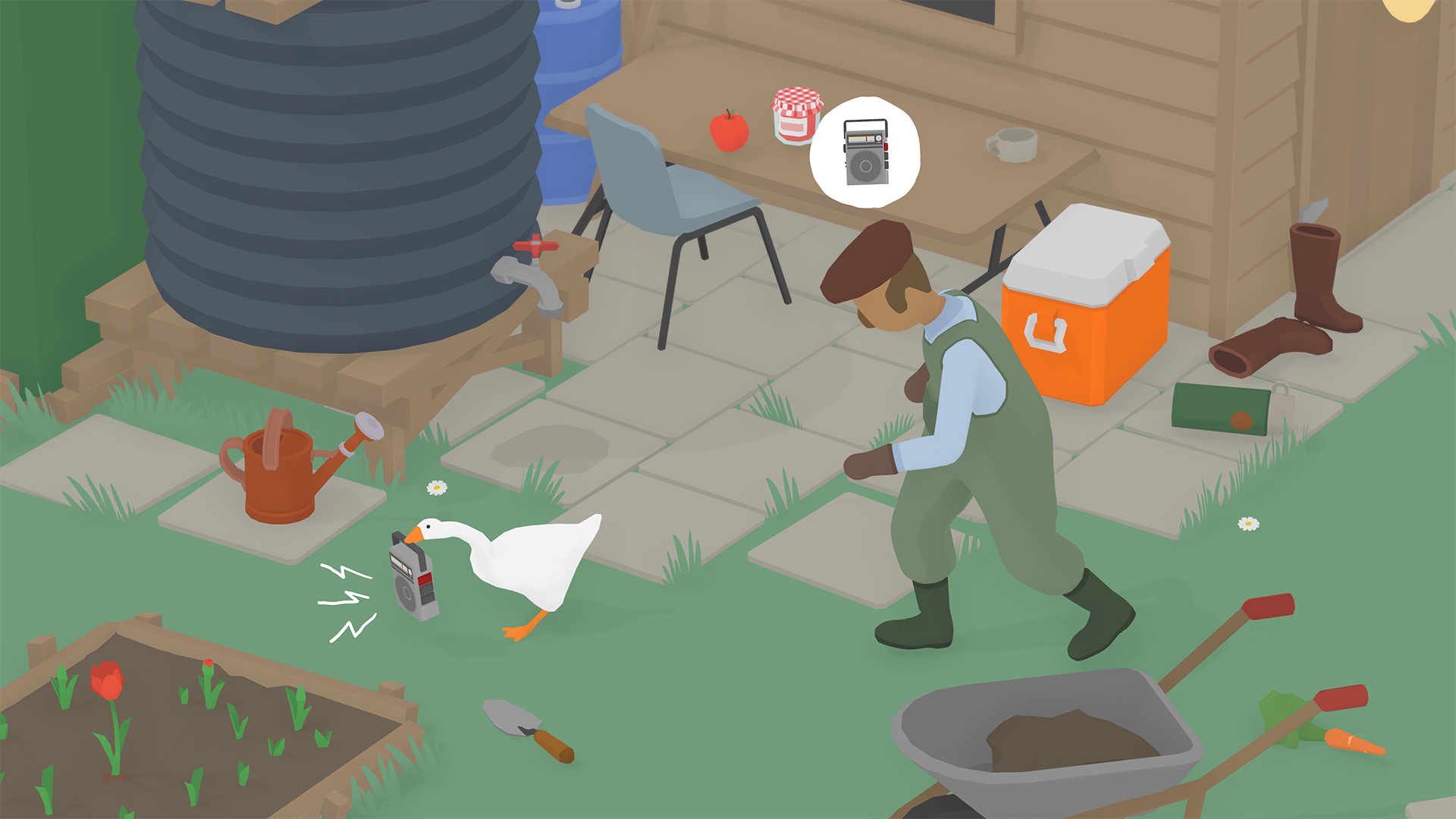 What do you do when a goose is on the loose? Your best bet, according to Untitled Goose Game, is to try and go about your daily business despite the knowledge that society’s rickety scaffolding will soon crumble in the wake of that most foul of fowl. But what if that goose can defy the laws of physics and fences alike? Then, my friend, you are well and truly doomed.

Because it is the year 2019, people are already turning in record-shattering speedruns of Untitled Goose Game, which just came out last Friday. The current world record belongs to Seji, a French player who managed to beat the sociopathic bird game in just three minutes and 46 seconds. For comparison’s sake, it took me two and a half hours. So, how’d he do it? Simple: by showing a total and utter lack of regard for fences.

All throughout the run, Seji physics-glitches his way through select fences, bypassing multiple major chunks of the game in the process. As a result, he doesn’t need to complete any actual objectives in the garden area and skips the neighbourhood and backyard areas entirely.

He then glitches past the tavern as well and immediately enters the game’s final sequence. From there, it’s literally smooth sailing, largely because he uses another fence glitch to sail down a river he shouldn’t otherwise be able to access.

It’s impressive, though also fairly one-note. It’s also a little depressing, given that Untitled Goose Game is meant to be a canvas for the most depraved, arsehole-goose-like parts of our minds.

Seeing somebody speedrun it is like watching a comedian go up on stage to do a standup set, only to read through all their jokes as quickly as possible and then teleport through the ceiling. That last thing would actually be incredible, but you get what I mean.

I wouldn’t be shocked if Untitled Goose Game’s developers patched out these particular fence glitches, if only because they seem easy to access and make for fairly straightforward speedruns.

Time will tell, however; developers often walk a difficult tightrope with speedrunners, attempting to both fix their games and leave favoured speedrunning avenues open. The coming days and weeks will decide if these fence glitches are a bug or a feature, a duck or a goose.