The 2019 edition of Fantastic Fest, which wrapped up yesterday, once again lived up to its name. Over the course of several days I saw movie after movie and, after 19 total, there was only one I considered “bad.” That’s pretty fantastic.

Everything about Fantastic Fest this year lived up to that standard though. You rarely heard about movies people didn’t like. Everything was at least OK. And good movies meant good vibes all around. Great conversations. Excellent food, drink, everything you can think of. The secret screenings, Dolemite Is My Name and The Lighthouse, were also stellar, even if neither was what everyone really wanted: Cats.

It’s also important to acknowledge 19 films out of the entire festival is but a mere fraction of all the films screened. I missed buzzed-about films like The Platform and Synchronic, and films like Bong Joon-ho’s Parasite and Rian Johnson’s Knives Out, which screened after I’d already left. So we can’t say definitively these were the best movies at the festival. They’re just just our favourites out of everything we saw. Either way though, you should definitely keep them on your radar.

1. In the Shadow of the Moon

“In the Shadow of the Moon is an excellent blend of sci-fi, drama, and action. It has good character work in a complex, mysterious story, with set pieces that maybe aren’t the biggest, but drive the action forward and still manage to entertain.” 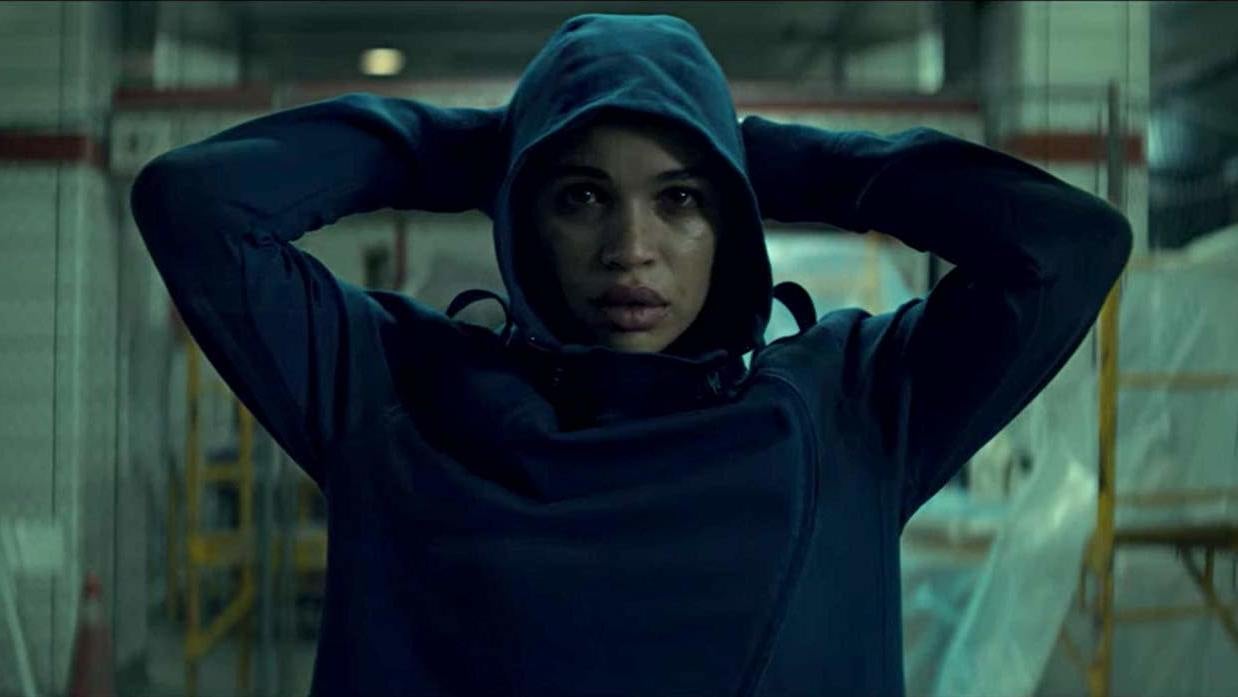 Every nine years, a mysterious killer resurfaces for one day only. The victims die from a disease no one has ever seen and their deaths appear to be unrelated. And yet, one man is obsessed enough to keep investigating the case, every nine years.

“A mysterious, exciting, engrossing movie that proves popcorn movies come in all shapes and sizes, and sometimes several contradicting shapes and sizes at the same time.”

Castaway And Predator Get A Beautiful, Poignant Mix In The New Film Sweetheart

Titling a movie about a woman stranded on an island that may or may not be infested with monsters Sweetheart doesn’t seem right. The title gives no clear indication of what’s about to unfold. And so you watch, wondering, why is this the title of this movie? Then the reason hits you.

“Does it involve butts? Very much so. However, it does so in a way that’s so audacious and silly, and yet is handled so seriously and dramatically, it’s almost unfathomable, in the best possible way.”

You Have Never, Ever Seen A Movie Like Butt Boy

Jojo Rabbit Is Taika Waititi's Most Emotional Film To Date

After films like What We Do in the Shadows, Hunt for the Wilderpeople, and even Thor: Ragnarok, we have a pretty good idea of what a Taika Waititi movie is going to be. It’s going to be weird. It’s going to be funny. And it’s going to wear its heart on its sleeve. With his latest film, Jojo Rabbit, all of those things are once again true but, of all Waititi’s previous movies, it’s probably has the biggest heart of them all. And the fact Waititi found that in the middle of comedy where he plays Adolf Fucking Hitler seems just about right.

5. The Vast of Night

“The feature debut of director Andrew Patterson...blends elements of The Twilight Zone and Orson Welles’ War of the Worlds in a taut, captivating alien invasion film told in real-time.”

The whole world can change in the time it takes to play a high school basketball game. That’s exactly what happens in The Vast of Night, the feature debut of director Andrew Patterson, which blends elements of The Twilight Zone and Orson Welles’ War of the Worlds in a taut, captivating alien invasion film told in real-time.

No other photos or video is yet available of Wolfboy. (Photo: Fantastic Fest)

6. The True Adventures of Wolfboy

“Featuring supporting performances by Chloë Sevigny and a few other surprise stars, The True Adventures of Wolfboy feels so much bigger than a mere festival movie.”

Don’t let the title fool you. There are no wolves in The True Adventures of Wolfboy. There are adventures, though — lots of them, as a young man with a unique affliction finds out that the world may be terrible, but good people can make it OK.

“The purest joy it provides is watching two stellar actors engaging in psychological warfare for the duration of the film.” Read more:

The Lighthouse Is A Manic, Weird Film And We Loved It

If watching Robert Pattinson and Willem Dafoe fuck with each other for two hours in black and white sounds like your idea of a good time, The Lighthouse may be for you. There’s much more to the film, obviously, but the purest joy it provides is watching two stellar actors engaging in psychological warfare for the duration of the film.

“[Lorcan] Finnegan has a winner with Vivarium. It might be a little full of itself but it’s so mysterious, odd, and well-made that it’s worth it.”

Buying a house sucks, but it has never, ever been as bad as it is in Vivarium. Jesse Eisenberg and Imogen Poots star as a couple looking for a new home. A mysterious real estate agent then takes them to a very, very uniform neighbourhood and strands them there, with no way to leave.

9. Memory: The Origins of Alien

“If you’re a fan of Alien or science fiction at all, you may not want it to end.” 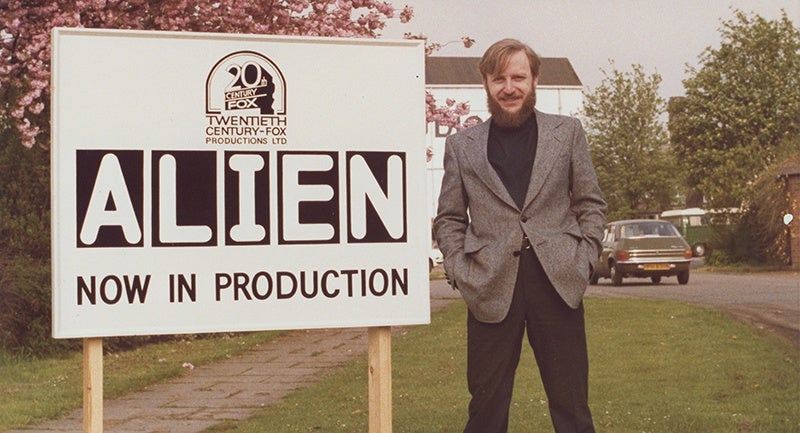 Memory: The Origins Of Alien Dives Deeper Into A Classic Than You Could Possibly Imagine

A movie like Alien doesn’t just come out of nowhere. There’s the screenplay, the director’s vision, and a massive combination of artistic endeavours from people who do the costumes, the lighting, and everything in between. And that’s the basic knowledge of filmmaking where most dissections of a movie’s origin end. Memory: The Origins of Alien goes so far beyond that it borders on excess.

“Sea Fever takes Alien’s DNA and grounds it in reality, constructing a way to make such a scenario actually plausible. It’s creepy and entertaining...”

Calling Sea Fever 'Alien On The Ocean' Is Partially Accurate, But Slightly Unfair

While the simplest way to describe the new film Sea Fever is “Alien on the ocean,” let’s get something out of the way. It is not Alien on the ocean. OK, yes, Sea Fever is about a group of people on a ship who begin to be picked off by a mysterious creature. Also, like Alien, Sea Fever has an incredible lead character played by an up-and-coming actress. But Sea Fever takes Alien’s DNA and grounds it in reality, constructing a way to make such a scenario actually plausible. It’s creepy and entertaining, but never quite rises above that.

Honorable mention: In the Tall Grass, Tammy and the T-Rex

I liked but didn’t love: The Wave, I Lost My Body, Wyrm, VHyes

I saw but weren’t Gizmodo-spotlighted movies: The Whistlers (it’s ok), Dolomite Is My Name (it’s delightful)

I missed and it kills me: The Platform, VFW, Colour Out of Space, Synchronic, Come to Daddy, Guns Akimbo, The Lodge, The McPherson Tape, Scream Queen: My Nightmare on Elm Street, Parasite, The Pool, about a million others