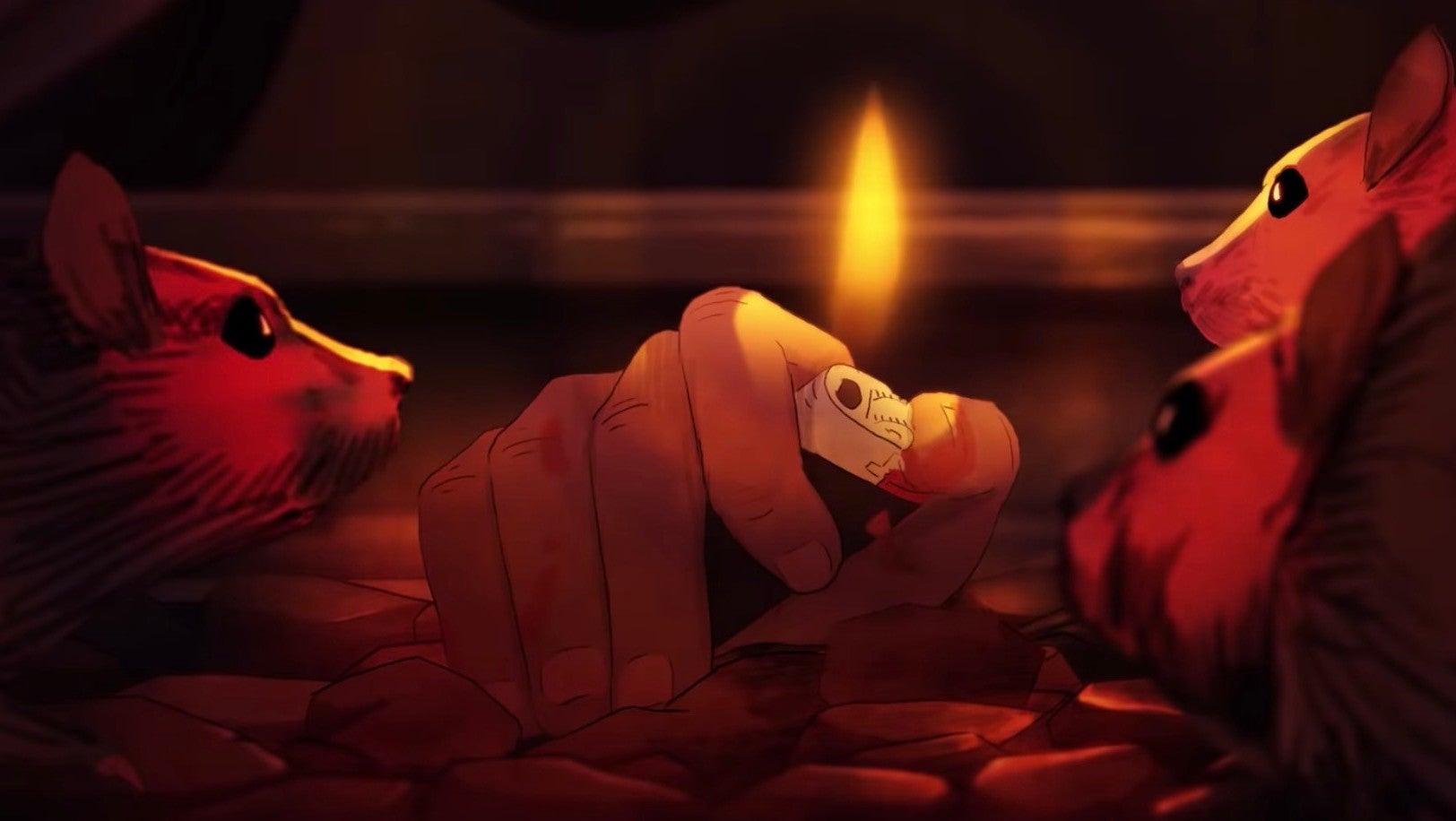 A hand defends itself against rats and more in <em>I Lost My Body.</em> (Image: Netflix)
To sign up for our daily newsletter covering the latest news, features and reviews, head HERE. For a running feed of all our stories, follow us on Twitter HERE. Or you can bookmark the Kotaku Australia homepage to visit whenever you need a news fix.

The new animated film I Lost My Body tells two parallel stories. One is of a disembodied hand that somehow reanimates, escapes a lab, and ventures out into the world to try to find its owner. The other is of a pizza delivery boy named Naoufel whose life, frankly, sucks. We assume the hand is Naoufel’s but he has two hands in the story. And so begins this poignant, mysterious adventure.

Co-written and directed by Jérémy Clapin, I Lost My Body comes to Netflix on November 29, after a limited U.S. theatrical release November 16. It played the Cannes Film Festival last year before winning multiple awards at the Annecy International Animation Film Festival and finally having its American premiere at Fantastic Fest 2019. It was one of our most anticipated films going into the festival — and now, you can watch its trailer.

I did end up seeing I Lost My Body at Fantastic Fest and my thoughts on the movie were… complicated. It’s a gorgeous movie, filled with impressive animation and exciting scenarios.

The parallel storytelling is also quite interesting, with the hand slowly remembering its past and the film playing with your preconceptions of what should and shouldn’t happen. Ultimately though, Naoufel’s half of the story is way more dominant than the hand’s, and though he’s a very sympathetic, well-meaning character, he’s simply not as interesting as a disembodied hand. Which, honestly, who would be? So watching the film, I found myself waiting for more hand as Naoufel’s fairly recognisable story played out.

Of course, the two stories do end up connecting by the end and Clapin leaves the audience thinking about some huge life lessons, which is rewarding. However, the imbalance along the way does drag the film back a little.

All of that said, if you love animation, or any films in the severed-hand-walks- around subgenre, you will certainly enjoy I Lost My Body.

Again, it comes to Netflix on November 29.