2002’s Star Wars Jedi Knight II: Jedi Outcast and 2003’s Star Wars: Jedi Knight: Jedi Academy are coming to the Nintendo Switch and PlayStation 4. These games have been available through Steam and GOG, but plenty of players missed out back in the day. A whole new generation of Jedi will get to experience these classic games. Since it’s been nearly 20 years since they were released, you may be wondering: What’s the big deal? Well, when Star Wars is good, it’s very good. The Jedi Knight games (and the Dark Forces games that preceded them) are good Star Wars and good video games.

As someone who has read literally hundreds of Star Wars comic books and purchased damn near every book and game that took place in the now non-canonical “Legends” timeline, I want to say that Star Wars is ridiculous. Sometimes, it makes no sense. When you find a story that moves you or a protagonist that compels you, it’s a big deal.

The Jedi Knight series is one of those stories, and Kyle Katarn is one of those protagonists. First appearing in Dark Forces, Katarn was a Rebel spy responsible for stealing the original Death Star plans and thwarting the development of killer robots called Dark Troopers. He also punched a dragon to death while escaping a gangster’s animal-filled death pit. That sounds silly and it is, but Katarn’s journey from hard-nosed scoundrel to wise Jedi Knight is one of the most interesting character arcs in the franchise.

Dark Forces and the Jedi Knight series use their pulp qualities to tell a story of growth that’s just as interesting as the tale of Luke Skywalker. 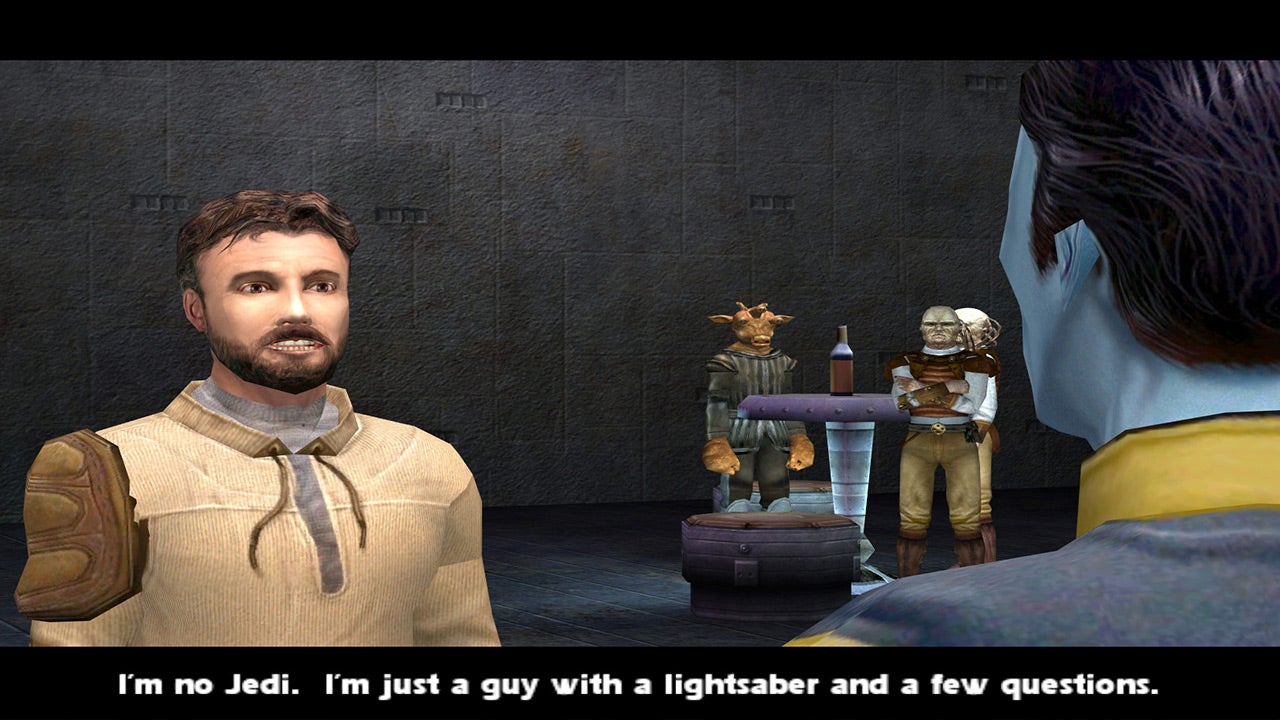 Katarn’s role as a rough-around-the-edges hero and reluctant Jedi provide a lot of variety. Early in Jedi Outcast, Katarn has rejected his family history as a Jedi to focus on spec-ops work for the burgeoning New Republic government. The first segment of the game plays like a throwback to older first-person shooters like Wolfenstein.

You have blaster pistols, flak shotguns and thermal detonators to play around with. You explore hidden Imperial facilities and find keycards to unlock doors. These levels are claustrophobic and packed with corridors where gritted teeth and a fully charged Imperial heavy repeater makes all the difference. It’s only after a swerve in the plot that Kyle returns to his Jedi origins. As he does so, levels expand and so do the player’s abilities.

When Kyle takes up his lightsaber, Jedi Outcast explodes into an entirely different kind of game. Force-powered jumps mean more platforming and vertical levels; access to both light and dark abilities like lightning or mind tricks bring new possibilities. Maybe you use a mind trick to distract a guard and sneak around them.

Maybe you throw caution to the wind and Force Pull a cluster of enemies off a ledge. Jedi Outcast and its spin-off Jedi Academy use these mechanics to explore the idea of responsibility and the lure of the dark side. It’s something that later games like Dishonored would build upon.

When you have exceptional powers, there is exceptional temptation. Navigating these dynamics as Kyle ⁠— or his student Jaden Korr in Jedi Academy ⁠— is true to Star Wars’ themes. 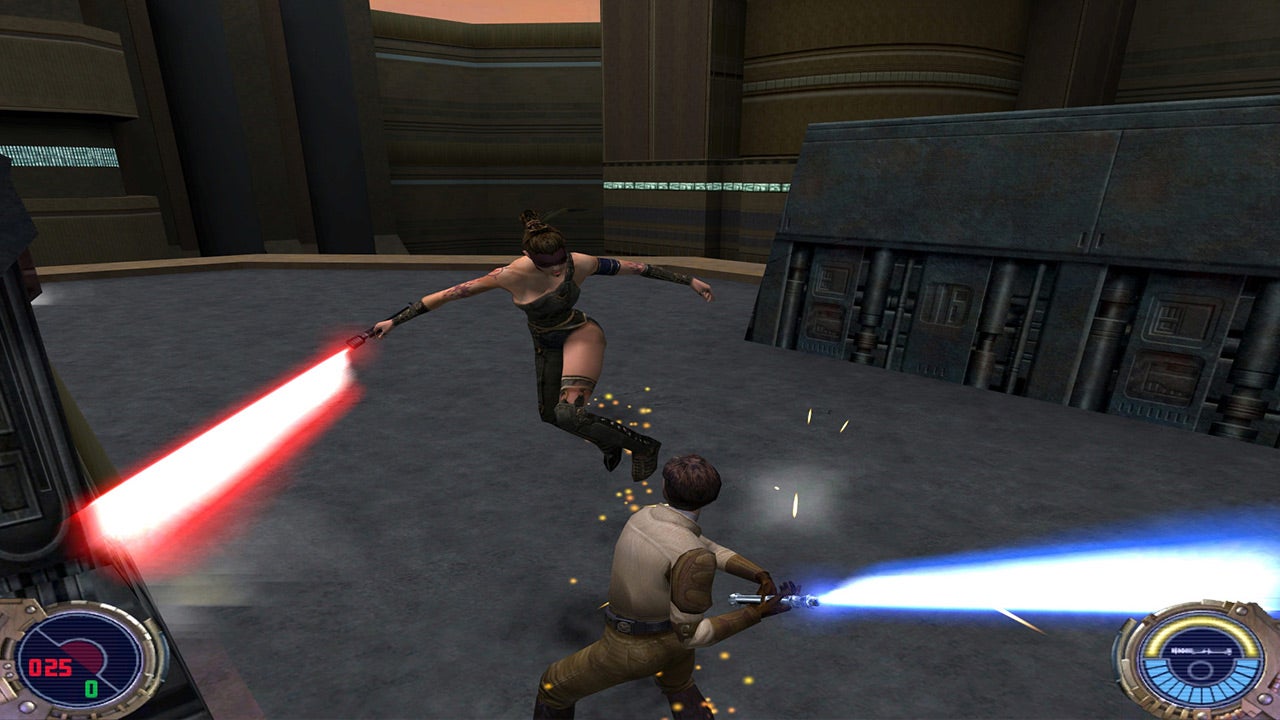 Of course, there are the lightsaber battles, too. Jedi Outcast introduced a combat system with three combat stances: a fast but defensively sloppy light stance, a reliable basic stance, and a slower heavy stance that (if used right) could slay an enemy in a single swipe.

As you start to encounter dark Jedi and other foes, lightsaber combat takes a greater focus. Corridors of stormtroopers lead to battle arenas where managing your stance and Force abilities is crucial. One or two faulty decisions will lead to your demise.

A well-timed swipe will result in victory and a slow-motion finale as your lightsaber slices off an enemy’s arm or darts cleanly through their torso. Before Jedi Outcast, there hadn’t really been serviceable lightsaber combat in a Star Wars game. These games captured the fantasy of having a laser sword duel while also expressing how powerful and dangerous a lightsaber could be.

Star Wars is many things. In the best cases, it is a setting where heroes grow and learn, and we learn alongside them. It can be a philosophical; it can be trashy schlock. There are spy stories, podracing, extragalactic foes, and dancing Ewoks.

Jedi Outcast has a little bit of everything. It never forgets its pulp roots or video game lineage, resulting in a fantastic adventure.