Fortnite’s Black Hole Is Over 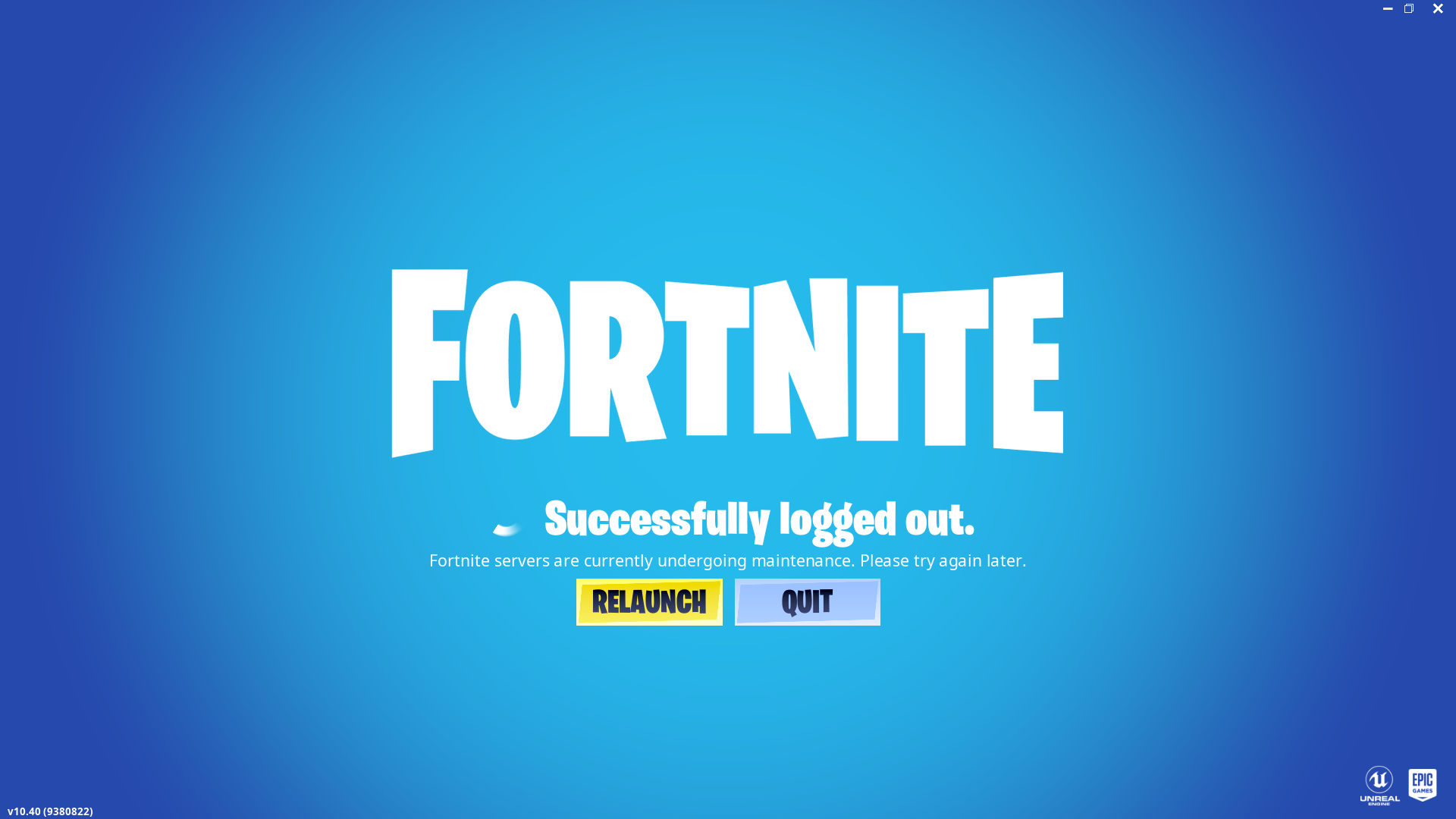 After roughly a day and a half, Fortnite’s black hole is over. Despite the anticipation for a big event, the server simply went offline. There it is.

In a normal Fortnite season, this is pretty standard: developer Epic takes the game offline between roughly 4 and 6am to update things. I’m not surprised to see there be downtime here, and I’m glad we’ll be getting the new season so soon. But after all the waiting and social media blackout surrounding the black hole, this feels a little anticlimactic to me. Was a big “black hole death” event inside us all along? I’m awake at four in the damn morning, so I’m going to say yes, because I need this.

Some folks on Twitter are saying the new cinematic trailer played for them in the lobby, but I was unable to access that, as pressing “relaunch” just took me out of the game, which is currently updating. Here’s what folks are seeing:

Following the game’s big end of season event, Fortnite turned from a game of weird characters and 10-year-old teammates into a swirling black hole. It then, to the internet’s collective shock, stayed that way. Confused players joined forces to decode mysterious numbers, play a hidden minigame, entertain themselves with speculation, and spend more than 35 hours staring at what basically amounts to a screensaver.

At last, we are free from the hole, and we’ll be getting a new season of Fortnite. There have been hints of a new map, and a supposed leaked battle pass trailer shows possible new weapons, a new way to level up, and new things to do. We’ll see what Fortnite’s new world looks like when the game comes back online.

The cinematic seen above played, and the end of it I was dropped straight into a solos game, which I have to admit was pretty cool. There is, as expected, a new map. The patch notes are up: The new season is called Chapter 2, and it features 13 new locations. There’s also fishing, swimming, and boats. You can hide in haystacks and dumpsters. There’s a new battle pass featuring “a brand new XP system and medals you can earn in-game.” In my quick first playthrough, XP appeared on the screen and I got a medal for finding a new location.

Things are certainly different! I’ll have more impressions as I play more.