The New Ditto-Mimikyu Pokémon Plush Is Breaking My Brain 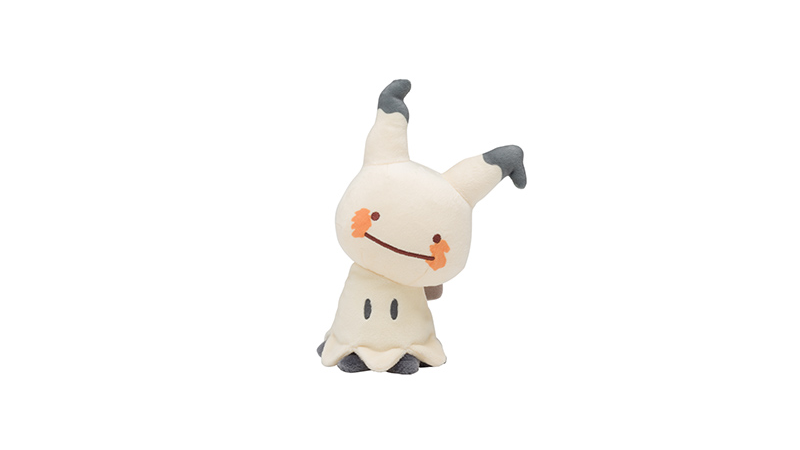 Pokémon plushes are big business. One popular line of cuddly pocket monsters imagines what they might look like after being copied by Ditto, the shapeshifting series mainstay that can transform itself into any other Pokémon it comes across. This week, one of these cute toys has completely broken the brains of even the most knowledgeable Pokémon fans.

The Pokémon Company said this week that it will add five new Ditto-fied plush toys to the line, including one based on the Sun and Moon newcomer Mimikyu. The ghostly fairy quickly found fans within the Pokémon community thanks to its adorably depressing backstory: It dons a cheap Pikachu disguise to cash in on the more recognisable Pokémon’s popularity. And while the plush is just as cute as one would expect, it’s also raised a lot of questions concerning its accuracy.

See, Mimikyu has two sets of eyes: The ones up top are part of his Pikachu costume, but his real eyes are under the costume, and he sees through the eyeslits cut out of it on the bottom. Why, then, did the eyes on top of the costume change into Ditto eyes, instead of the ones on the bottom? Indeed, why would the outer costume look different at all? The Pokémon is under it. Is this really a Ditto, or just another elaborate charade by a confused Mimikyu?

Things got even more confusing when an image from 2017, which provides several choices for what Ditto would look like as a Mimikyu, resurfaced in a reply to Yellow Pancake. Unfortunately, I haven’t been able to find the original source for this image, but it does present a few compelling options. Would either set of eyes change? Would both?

I’m of the mind that A is the correct choice, since Mimikyu’s real body is hidden beneath the sheet and thus we shouldn’t be able to see the Ditto eyes, but folks have also mentioned B being a possible alternative.

Then one has to wonder about the inherent rules of the eye change from Ditto’s perspective. It’s entirely possible that the transforming Pokémon doesn’t quite understand Mimikyu’s anatomy. If a Ditto was fooled by the Pikachu disguise, its eyes would obviously go up top, right? Or perhaps a slightly smarter Ditto would take note of the eye holes on the bottom and go with that. The species hasn’t historically been portrayed as the most intelligent the Pokémon world has to offer, so I guess any of these options are possible depending on what any particular Ditto makes of Mimikyu before shapeshifting.

I suppose the existence of an official plush means we have an official answer, but the creators won’t even tell us if people eat Pokémon while at the same time encouraging us to literally slurp one down. Who can we trust?