Elite: Dangerous Players Compete To Decide The Fate Of The Ancient Ship 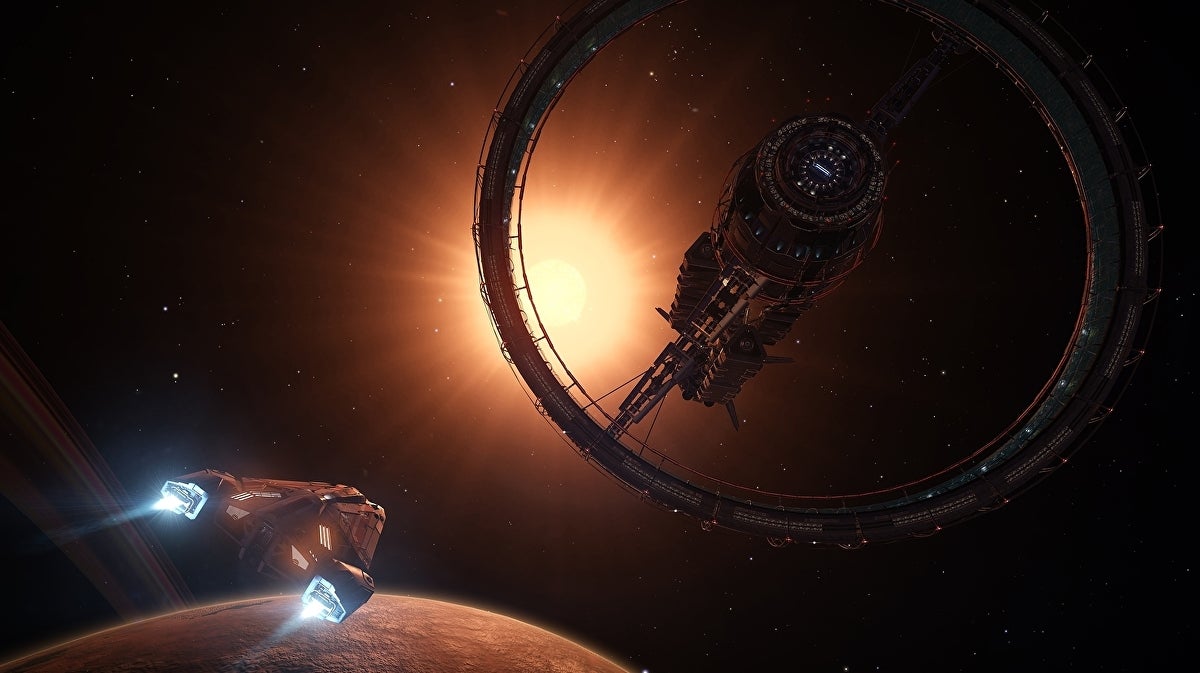 There’s a meditative quality to soaring through Elite: Dangerous’ vast reconstruction of outer space, but every once in a while, players discover something that jolts them out of their hyper-space stasis. Earlier this week, it was an ancient ship full of still-living passengers that turned heads, reinvigorating the game’s community after a sleepy few months. Now that ship is the focus of a game-wide community event.

When players first discovered the ship earlier this week, they found a handful of audio communications from the ship’s crew members and little else. They weren’t sure what would come next but knew that couldn’t be the end of it. Now developer Frontier has kicked off an official community event to decide the ship’s fate.

The ship, which players discovered thanks to a veiled hint in an otherwise perfunctory news post, is called the Golconda. It’s a “generation ship,” meaning that it was originally built to ferry generations of people to other worlds at sub-light speed prior to the Elite universe’s invention of faster-than-light travel. Over the course of its thousand-year voyage, however, its passengers came to love the little society they’d created and decided to abandon their original destination. Now they’re a people out of time in more ways than one, as their isolated society has contracted a plague they don’t have the supplies to treat. This has left them at a fascinating impasse: On one hand, they know they need help. On the other, they don’t want their idyllic, highly cooperative culture contaminated by outside influences—even if those influences bring with them a millennium’s worth of human knowledge.

The event, which began today, centres around providing the Golconda with aid. Already, players are delivering medicines and other items while trying to keep “criminal elements” from exploiting the fact that many ships are inbound with precious supplies. Phase two of the event will begin on November 18, at which point two titanic Elite: Dangerous factions, the Empire and the Federation, will get involved. The Empire hopes to move the Golconda’s passengers to a planet, thus fulfilling their original mission but wilfully ignoring their current wishes and turning them into an extension of the Empire. The Federation, on the other hand, wants to give them their own outpost, allowing them to become a “permanent” space colony more on their own terms.

Players will compete to deliver supplies to Empire or Federation megaships until November 26, at which point the side that’s amassed the most will win. Depending on which side is victorious, either an Empire-affiliated planetary port or a Federation-allied outpost will appear in the Upaniklis system, where the Golconda currently resides. Those players will also have the opportunity to purchase a special rare good and pick up Golconda-themed ship decals.

Community reaction to the event seems positive so far, though there’s an undercurrent of disappointment that there’s not a third option that will allow the Golconda’s denizens to remain a fully independent spacefaring people. I also can’t help wondering if developing a discovery like this—a drop in a universe-sized bucket nonetheless sends ripples and makes the whole place feel substantially more alive—into a classic faction war cheapens the whole thing a little. I get that it’s a video game and it’d be weird if this moment didn’t build to something more interactive but with the new event, it doesn’t feel organic anymore.

The Golconda, despite its fascinating backstory, has become a prop, an atypical backdrop for a formulaic competition. I can’t complain too much; I’m glad that players have something to do, and it’s cool to see Frontier experimenting with event storytelling like this. But there’s a part of me that’s curious about what would’ve happened if the event was allowed to explore more adventurous avenues, much like the Golconda itself.