The Poké Ball Guy Is Not Your Friend, Friend

Among all the controversy that’s arisen around Pokémon Sword and Shield, one new feature has stuck out to me as particularly egregious: the Ball Guy. You know the one. He pops up at every Pokémon League stadium, shilling exotic Poké Balls and cheerfully spreading his propaganda. His face, like that of many mascots, is agonisingly punchable.

Kotaku video producer Paul Tamayo says he would like to slapbox him. (Paul also once said he’d slapbox a Charizard, so maybe take that with a grain of salt.) Polygon’s Patricia Hernandez, however, would have you believe he’s a friend. Perhaps taken in by his everyman nature, by the worker’s struggle to stay cool in a sweaty, dank mascot costume, she has erred in her judgement. 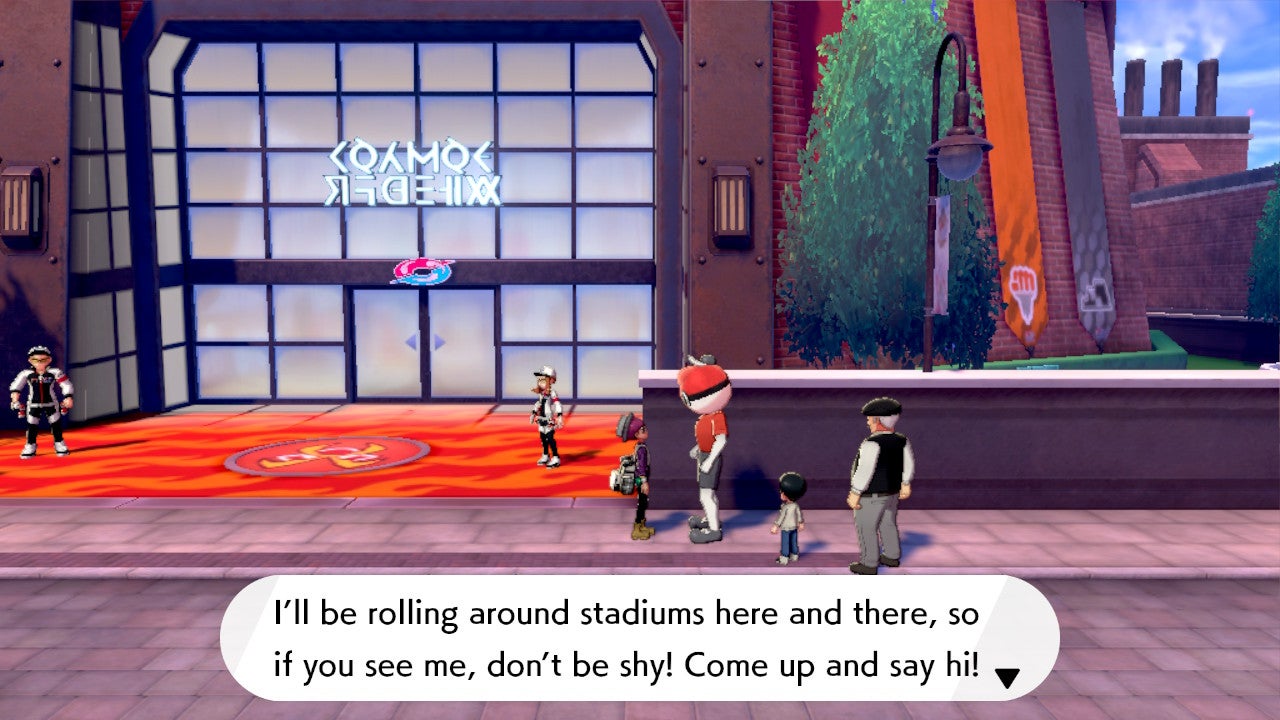 You don’t have to actually see the Ball Guy to realise there’s something horribly, terribly wrong in the Pokémon world. Pokémon are being used for menial labour without pay, in case the dog fighting wasn’t enough. Corsola are dying. The town of Spikemuth is going to shit. But things are always most nakedly at their worst where the Ball Guy appears. 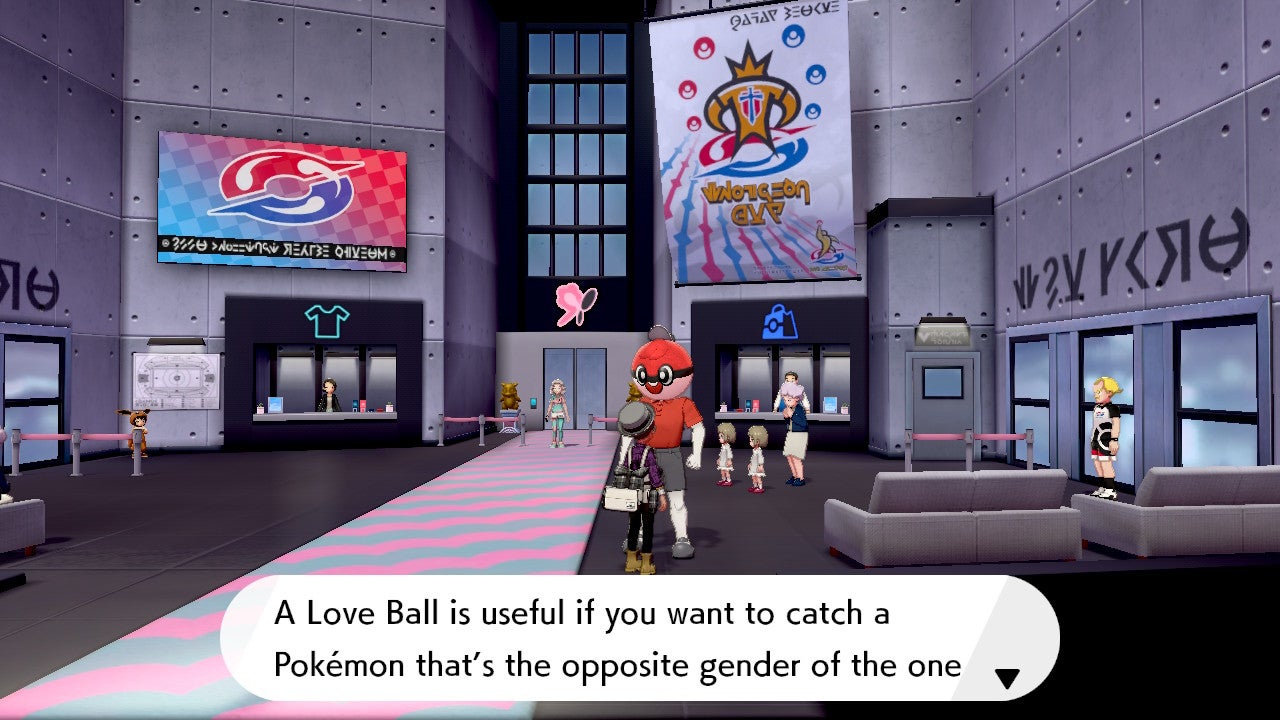 The ball guy is proselytizing the joys of heteronormativity. He must be DESTROYED.

In Motostoke, the Ball Guy stands outside, handing Poké Balls out to impressionable children. A man meanders around Motostoke Stadium, muttering deliriously to himself, his gait loose and his eyes mad with confusion. “Poké Balls, Great Balls…” Down a nearby alley with a Poké Ball decal, a guy roars to the sky, fists clenched, “You gotta throw Poké Balls!” 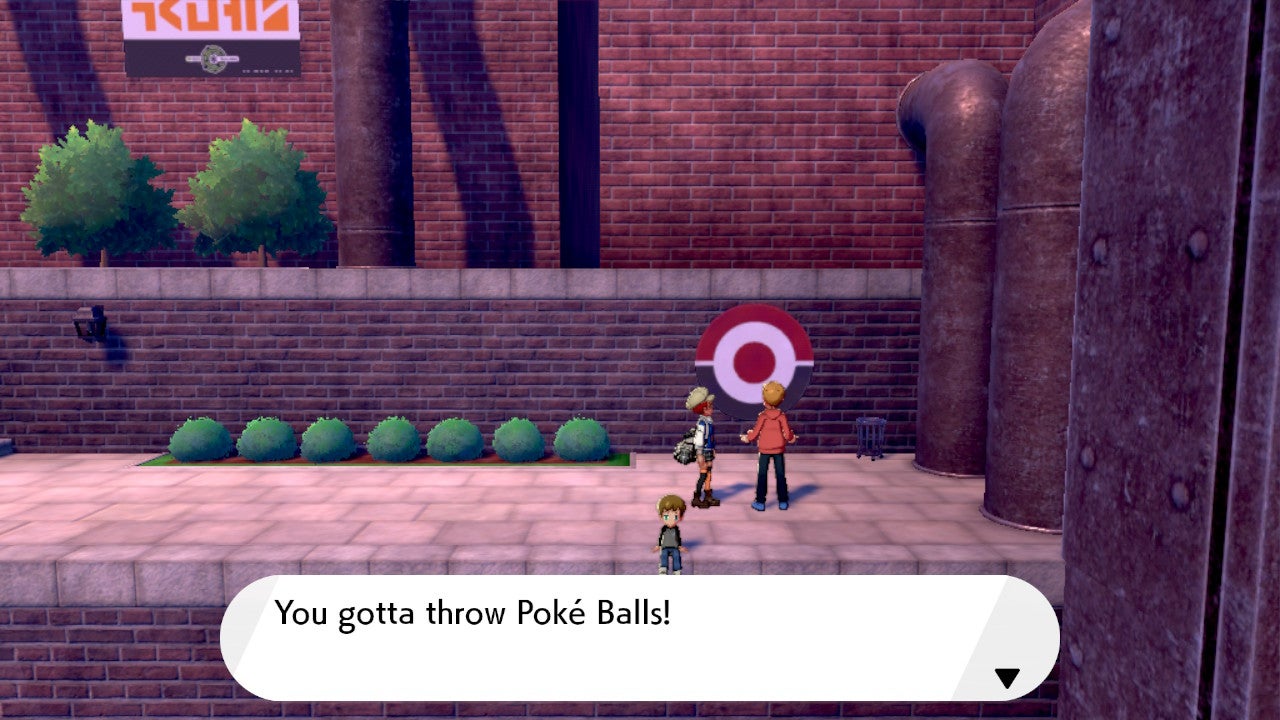 Another man, maniacally eager, exclaims, unprompted, “Ultra Balls are ultra-great!” I was more than a little freaked out to see him vanish, only to reappear right in front of me. Something is not right.

The capitalist hellscape of the Pokémon universe has led to branded balls being shamelessly peddled at large stadiums that are already dominating the economy of Galar as a single chairman reaps all the benefits. It’s more than a little strange. Why, in a world where Pokémon battles are commonplace, is there a need for a Poké Ball mascot, of all things? Surely it would make more branding sense to have a popular Pokémon in the role. Unless there was something threatening the lucrative ball business—something huge. 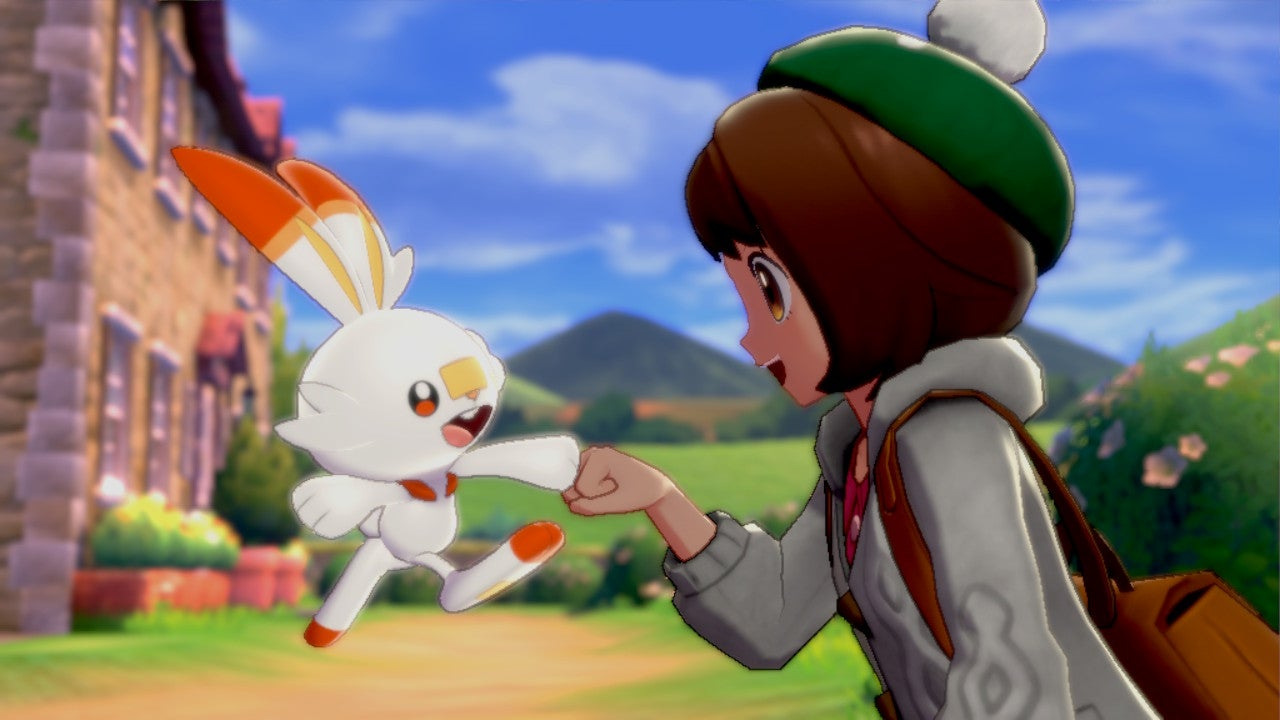 Imagine: Despite decades of guarantees from Silph Co. about the safety of Pokémon inhabiting their balls, a crack team of investigators finally finds their way in past the conglomerate’s airtight legal protections, exposing the lives of the Pokémon inside them. Ever since the manufacturing went from handcrafted Apricorn products to the mass-produced Balls in stores today, their quality has rapidly dropped, with no one the wiser.

They follow the money and realise that for years, Kanto’s own Dr. Samuel Oak has been receiving sizable payments routed through a Galarian bank account. A whistleblower known only as “Bill” is nowhere to be found. 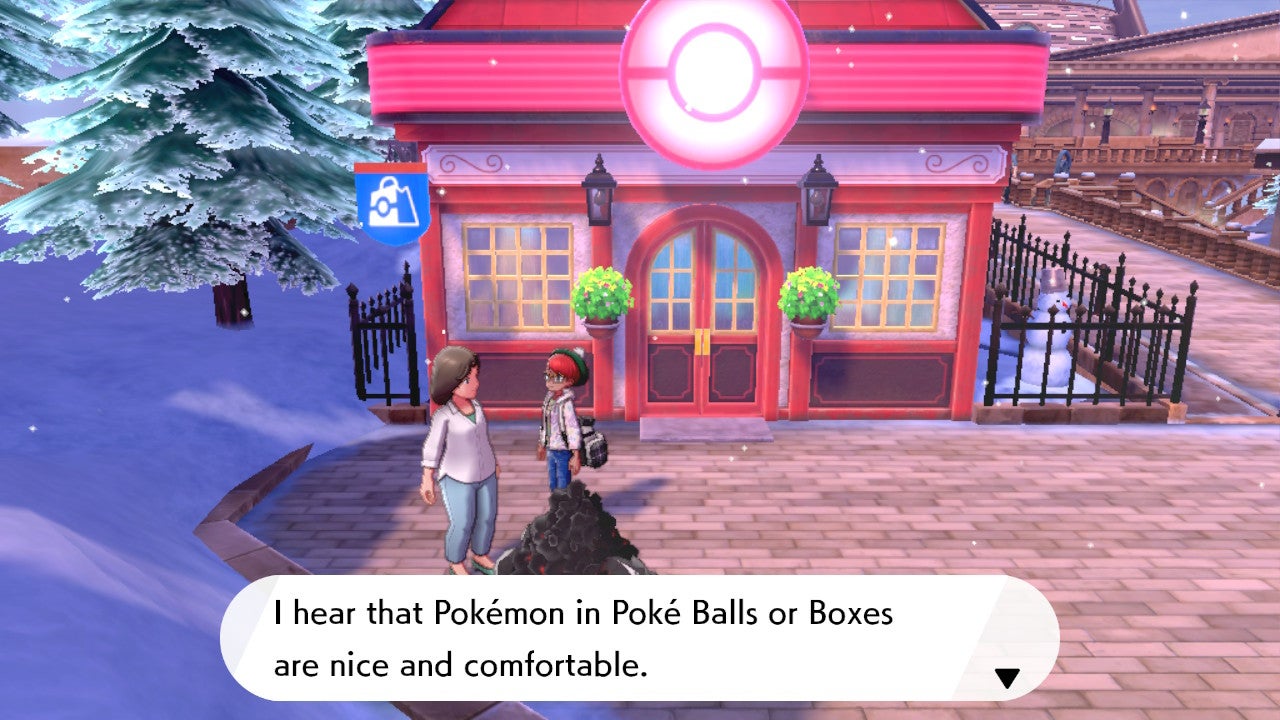 It’s easy to sympathise with the Ball Guy, to imagine him as the intrepid laborer sweating his life away in the large, fuzzy Poké Ball costume, his eyes peering drearily out of the mesh hole in the the eldritch creature’s mouth. Adults and children alike glance askance as he just tries to get through the day, get through his job. 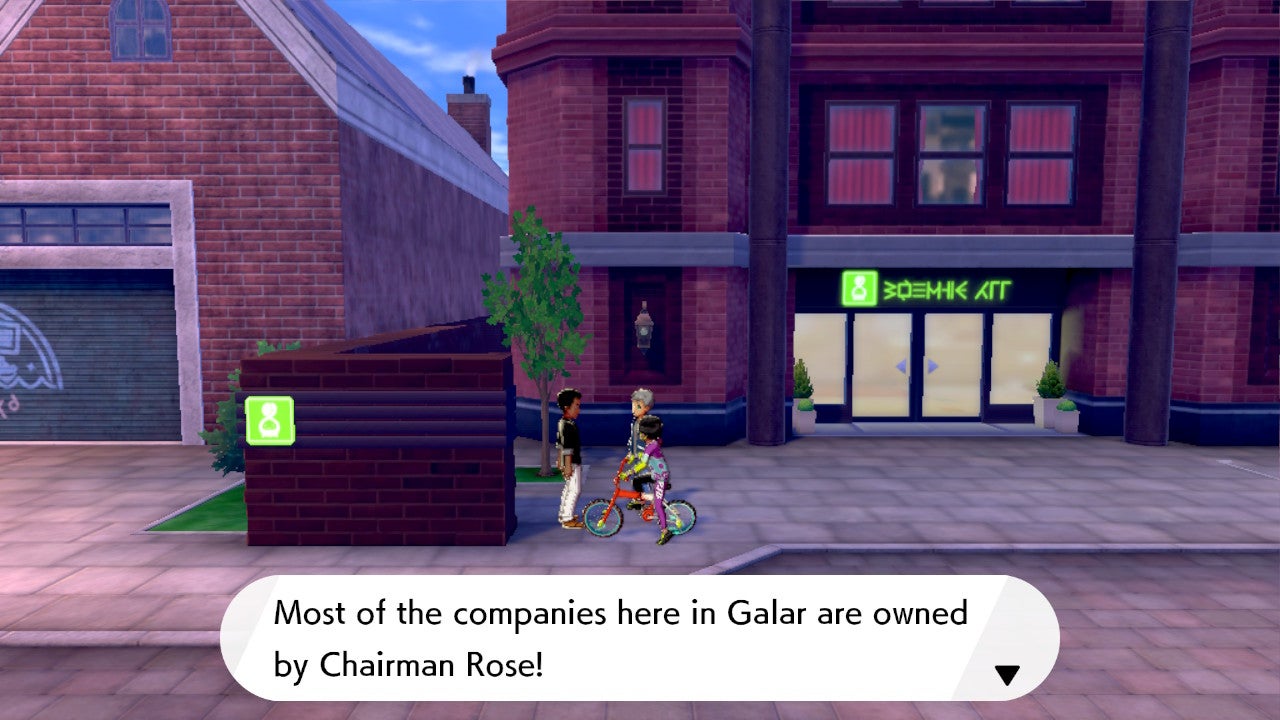 And therein lies the problem. Which side are you on?

But when the class wars ultimately happen, we will need to make some tough decisions. And will I trust this motherfucker shucking and jiving to sell Poké Balls on the corner for an unchecked monopoly, promoting animal cruelty in a world already lousy with it? Well, maybe. Solidarity is key. But I’ll certainly be looking at him funny. 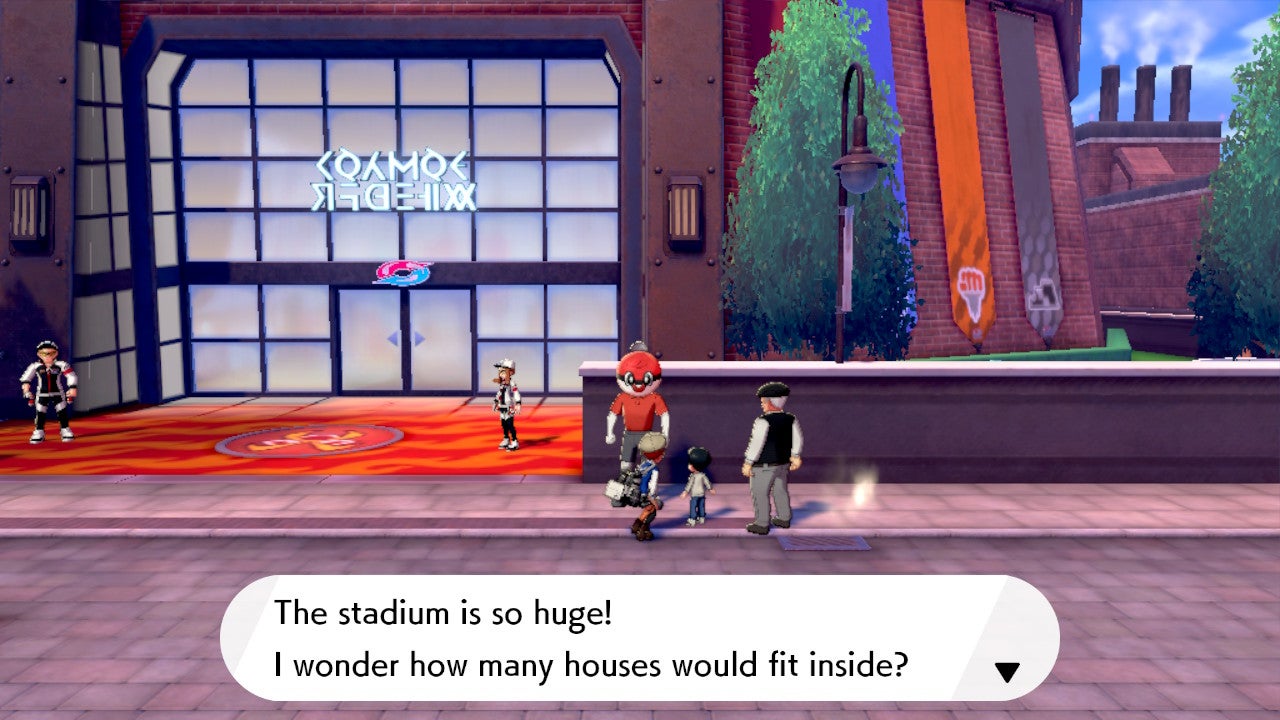 Comrade Random Child is ready to eat the rich. Are you?