A round of Eliminator, Forza Horizon 4’s new battle royale multiplayer mode, begins the same as one of my casual online driving sessions. It’s me in a car, bouncing and rolling across the countryside, trying to avoid other players. The main difference is that my choice of vehicles is extremely limited, and eluding human contact becomes more difficult as the play area slowly shrinks.

I am not a very social Forza Horizon 4 player. I’ll join online sessions in order to participate in occasional multiplayer events, should the mood strike me, but I mostly keep to myself. I like listening to music while building up stunt combos, earning perk points for my cars. When I play Forza Horizon 4, I can lose myself for hours. Playing Eliminator keeps me in check timewise, while delivering the same driving thrills. It’s a quick fix that ends dirty. 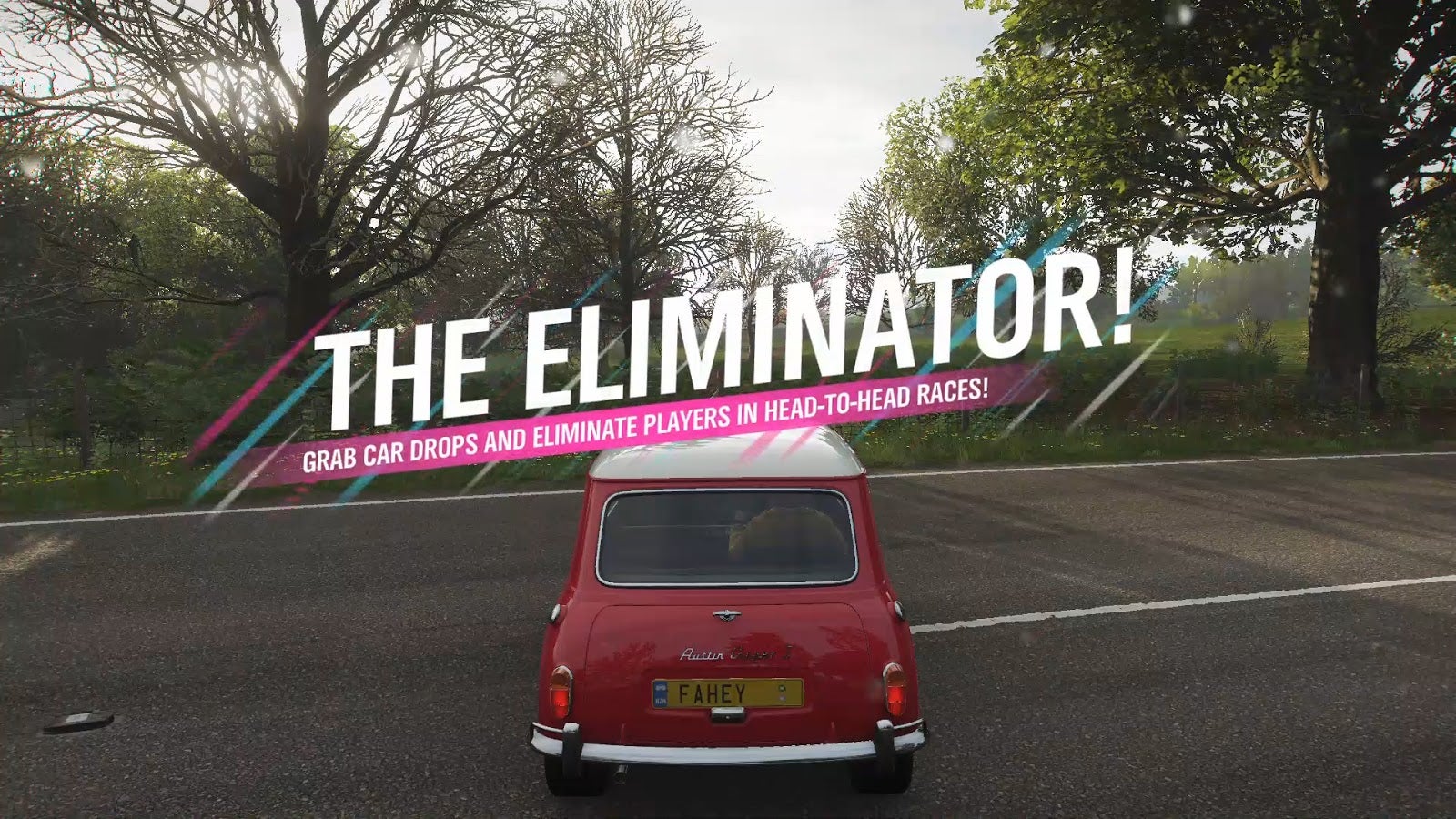 Everybody starts off with the same vehicle. A round of Eliminator begins with up to 72 players tooling about the English countryside in identical 1965 Mini Coopers. What happens once the round is underway depends on the type of player. Some will begin scouring the countryside for purple smoke, which signifies a car drop. Car drops allow players to swap out their vehicles for something faster or more powerful. 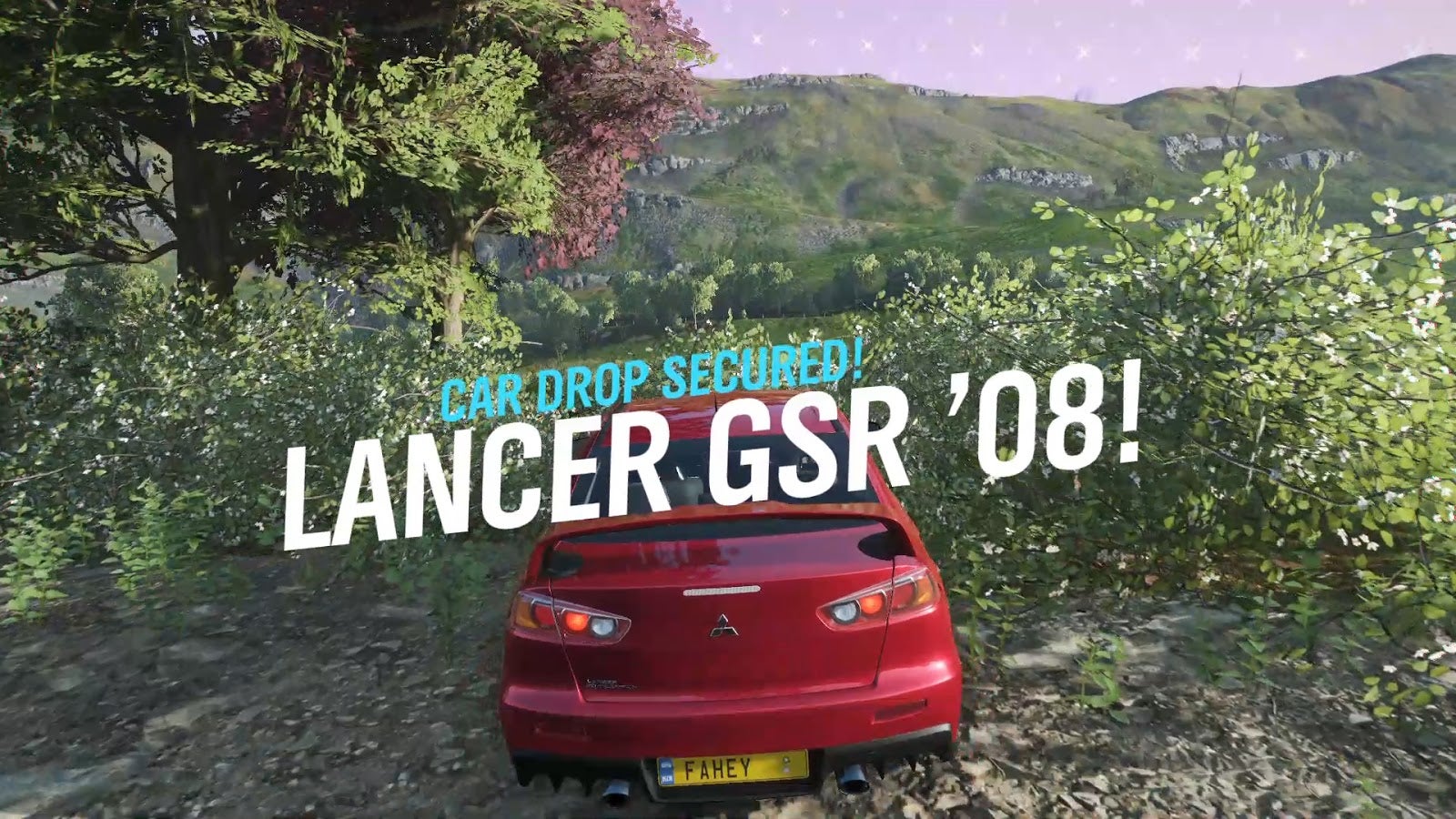 Other, more aggressive drivers will immediately begin hunting down other drivers and challenging them to races. Challenges in Eliminator cannot be ignored. Once initiated, both participating players must race to a set checkpoint. The loser is eliminated. The winner can, should they desire, steal the car their opponent was using. It’s all very cutthroat.

I am not cutthroat at all. I am the third type of driver, the one who stays out of everyone else’s way. If I see a dot indicating another player on my radar, I turn around and hightail it out of there. I spend a lot of time winding through dense forest while the blips on my radar speed by on paved roads. Don’t mind me, just having a little drive about. 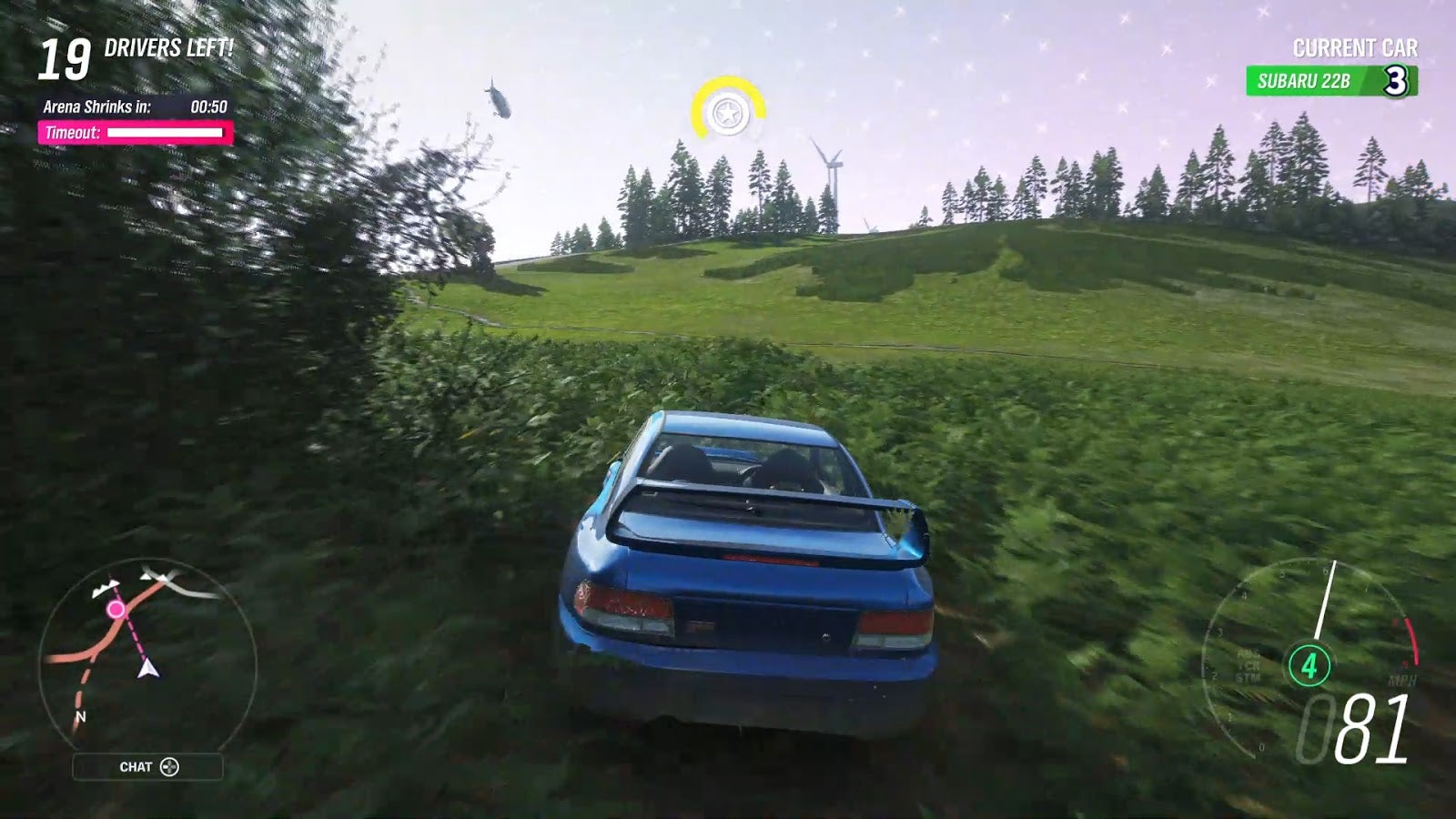 Since I’m avoiding other drivers, my greatest foe is generally the barrier, the pink perimeter shield that shrinks at regular intervals. Getting caught outside of the barrier slowly fills a timeout gauge. Once it is full, the racer is eliminated.

Though Eliminator sounds like a hardcore competitive mode, I’ve found it has a little something for everyone, depending on which strategy one chooses to employ. The wheeled warriors can take each other out, racers can try to find better cars to up their chances, and casual drivers like myself can fool about until the barrier takes them.

When the driving area shrinks as much as it can, the remaining players participate in one final race to see who takes home whatever it is they win for triumphing in the Eliminator. I’ve never gotten that far. I’ve gotten close, nearly winning a challenge race for 12th place only to have my triumph dashed by an inconvenient tree. 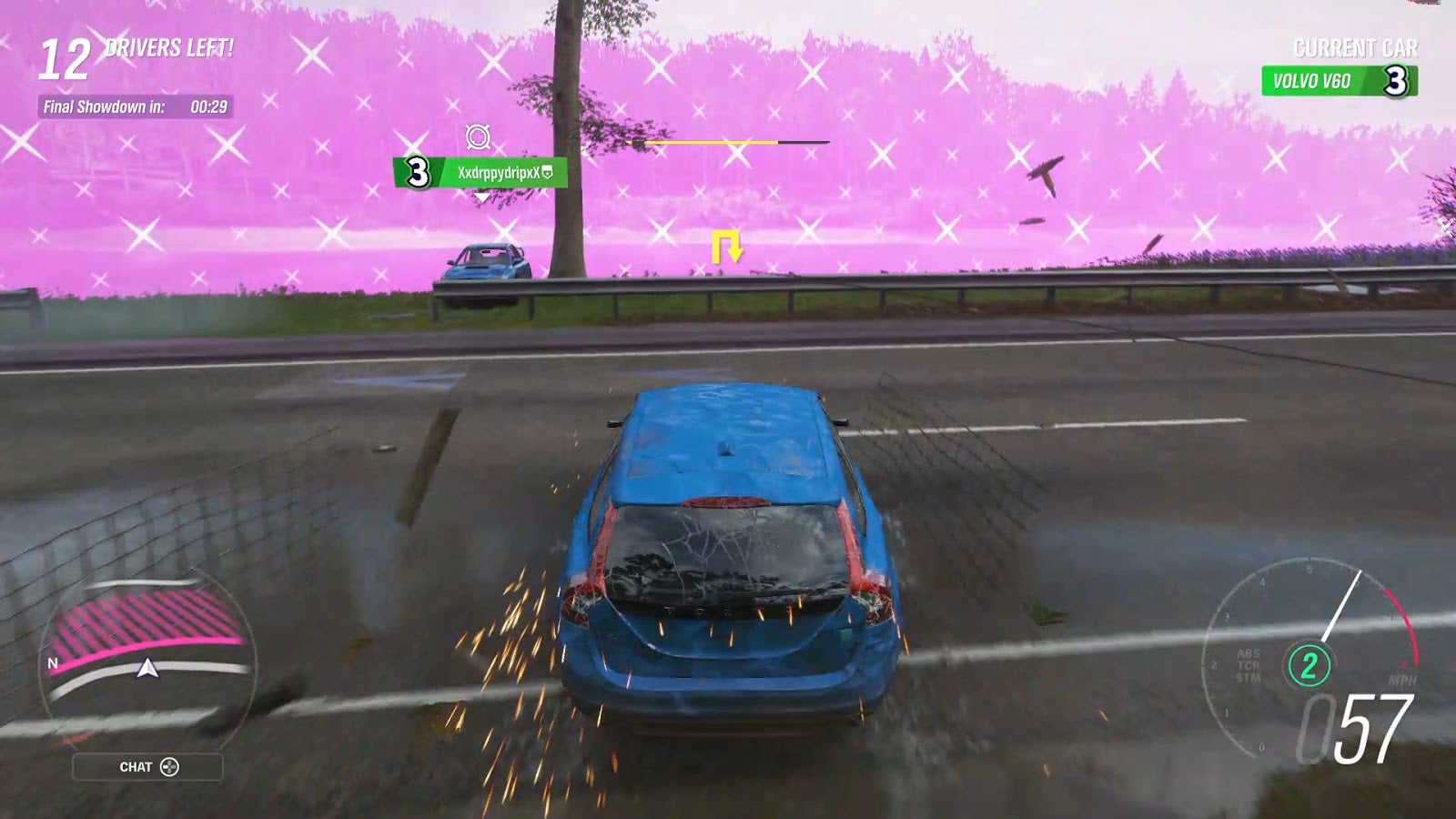 That’s fine. I wouldn’t want to get my adrenaline churning too much during what’s supposed to be my relaxing driving game. Shouldn’t be eating a chicken dinner in one’s car, anyway; it’s unhygienic.