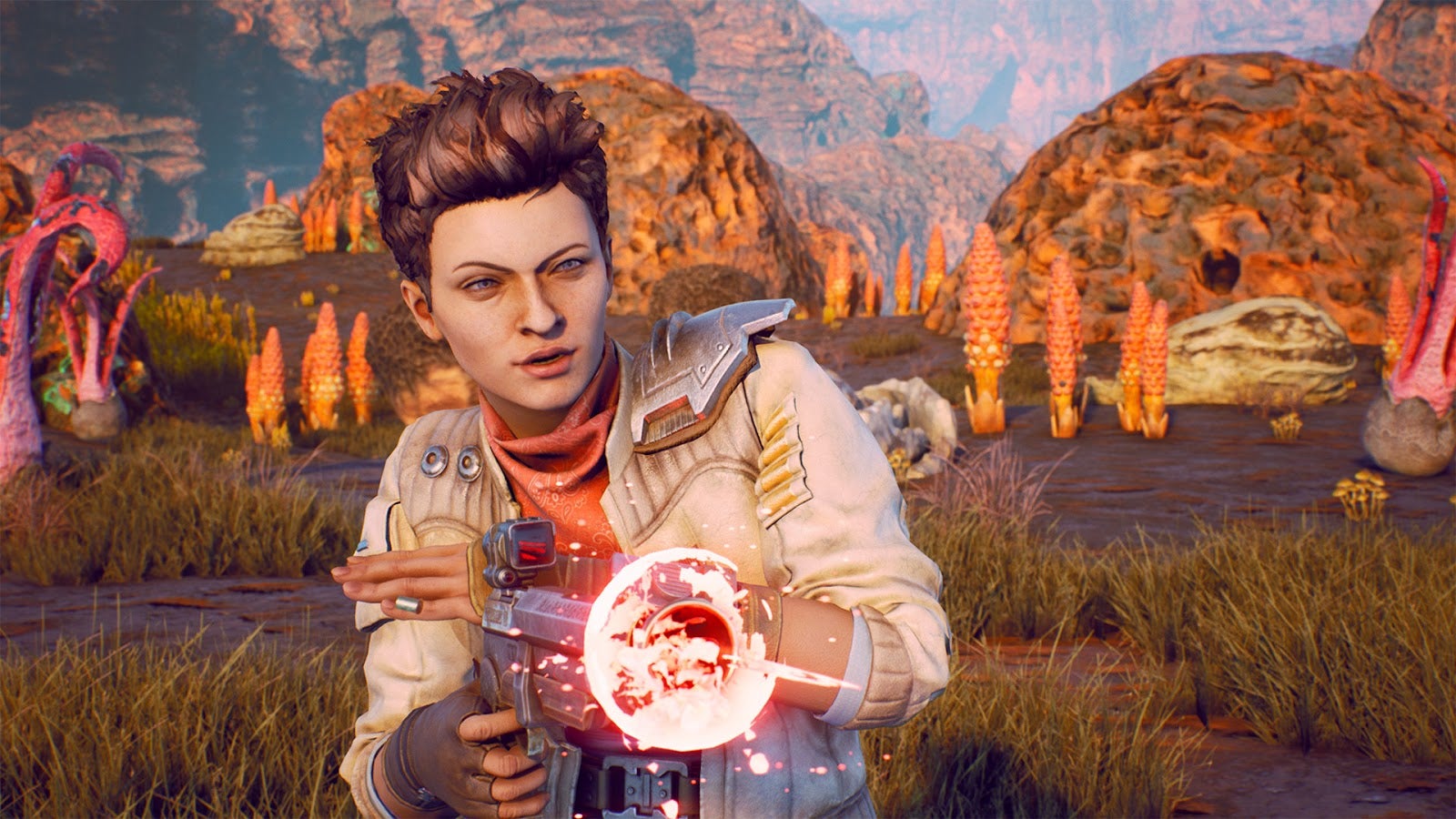 Obsidian Entertainment’s games can tend to be glitchy. The Outer Worlds mostly bucks that trend, but at least one bug proved to be incredibly frustrating: a strange glitch stating that your companions were dead when they were, in actual fact, alive. This could lock players out of completing quests. Figuring out what was causing the issue took time, but the game’s quality assurance lead Taylor Swope explained exactly what was going on on Twitter yesterday.

Swope’s thread outlined both the challenges of identifying the cause and what was actually happening. Part of the issue with identifying the problem stemmed from the fact that, outside of the highest difficulty setting, companions can’t die in The Outer Worlds. Even in the most dire circumstances, they revive if defeated in combat.

The QA team first wondered if this might be the cause of an issue, a failed check that doesn’t realise that the companions got up and brushed themselves off. But games are made out thousands and thousands of lines of code; finding the exact line where the issue was would be difficult. That led to brainstorming. How could companions “die?” Maybe fast travelling caused them to fall from their previous height values. Maybe something launched them into the air where they fell. It seems that falling was a likely culprit, but how was it happening?

“My personal fav was ‘what if a companion is standing *right* where a cow spawns in during a random event and they’re launched into space,” Swope wrote. “Was genuinely bummed when that theory didn’t pan out.”

As it turns out, the cause was even weirder. Following a hint in a user review that companions were “climbing nothing,” it was determined that if a character was climbing a ladder while a conversation was initiated elsewhere, they would keep climbing infinitely upwards. There are two parts to being on a ladder in The Outer Worlds: getting on the ladder and climbing, and getting off the ladder. A piece of code in the game’s conversation system was preventing a change of states. This meant characters would climb up and up, and then eventually fall to their death.

Since the game wasn’t accounting for this, even if they returned later, that death could toggle flags saying a quest has failed, or give an epilogue that a companion was dead, even if they were standing right next to you. The bug has now been fixed thanks to a new patch.

All of this goes a long way to show that it is a literal miracle that games function as well as they do at all.